There was an article published in Mixmag’s November issue written by the editor, Duncan Dick, entitled ‘Meet Me in the Bathroom: Dance Music Needs More Rockstars‘. Had this been trolled out as satire, it would have been worthy of no more than a derisory comment. But as it has been published as a print piece by the editor of one of the UK’s leading dance music media outlets, it is deserving of response.

The main body starts with an extended riff on how dance music was “pretty much on life support” at the turn of the millennium, whilst guitar music once again rode high in the nation’s musical consciousness. And why was this? Well, according to the editor of Mixmag, dance music was suffering from a dearth of creativity, whilst guitar music and bands such as The Strokes, Interpol and The Yeah Yeah Yeahs, they were just cool, weren’t they? Well, no, more than that, actually, they were rock stars: “Stylish, decadent, charismatic, the bane of boyfriends, bouncers, managers and anyone who tried to tell them what to do, with an attitude of ice cool detachment off-stage that contrasted with their incandescent performances on it.” 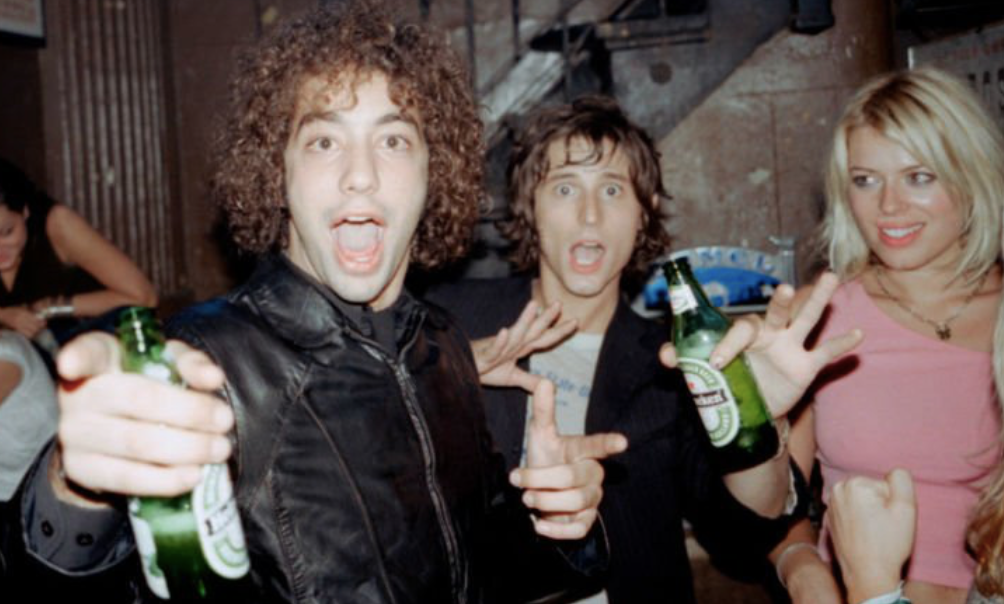 There’s a few things to deal with here. Let’s start with the accusation that electronic music had nothing to offer at the turn of the millennium. In 2000, The Avalanches ‘Since I left You’, Radiohead ‘Idioteque’, St. Germain ‘Tourist’ and Laurent Garnier ‘Unreasonable Behaviour’ all came out. These albums highlight a period of diversification and evolution. After the gluttonous extravagances of the late 90s, in which the scene almost ate itself, it was time to redress the balance.

In 2001, when The Strokes ‘Is This It’ came out on August 27th, we had preceding it Daft Punk ‘Discovery’, Rae and Christian ‘Sleepwalking’, The Orb ‘Cydonia’, Wagon Christ ‘Musipal’, Gorillaz ‘Gorrilaz’, Autechre ‘Confield’, Four Tet ‘Pause’, Herbert ‘Bodily Functions’, !!! ‘!!!’, Kid 606 ‘GQ on the EQ’ and Detroit Grand Pubahs ‘Funk All Y’all’ to name a few. Released after the end of August that year were Bjork ‘Vespertine’, Moloko ‘All Back to the Mine’, Aphex Twin ‘drukqs’, Daft Punk ‘Alive 1997’, So Solid Crew ‘They Don’t Know’, Green Velvet ‘Whatever’, Basement Jaxx ‘Span Thang’. And they’re just some of the albums!

If we take into account that amongst the singles and EPs released that year were Squarepusher ‘Red Hot Car’, Der Zyklus ‘Formenverwandler’, UR ‘Transition’, Josh One ‘Contemplation’ (King Britt Funke Remix), Vitalic ‘Pony Pt.1’, Kings of Tomorrow ‘Finally’, Pepe Bradock ‘Life’, Octave One ‘Blackwater’ and Metro Area ‘Miura’, then electronic music looks in fine fettle to me. I mean, I don’t even like all of the offerings I’ve listed, but they surely exemplify a period of blooming inventiveness rather than base ineptitude?

Indeed, as Tobias Rapp says in his book ‘Berlin, Techno and the Easy Jetset’, “The nineties were about rave and everything that went with it and then, after all the great successes and excesses, the whole thing collapsed as the end of the decade approached. Around the turn of the century, the music went back underground in order to revitalize itself.”

And of the other two guitar bands Dick referenced? Well, Interpol’s ‘Turn on the Bright Lights’ came out in August 2002 and The Yeah Yeah Yeahs debut, ‘Fever To Tell’ came out in April 2003. According to the chief editor, we weren’t saved from this wilderness until “a Manhattan Project-style team” consisting of the likes of James Murphy, Erol Alkan, Mylo and, errr, Macauly Culkin, for some reason, came along.

LCD Soundsystem’s debut album didn’t reach us until 2005, but they’d released the iconic ‘Losing My Edge’ back in 2002; Mylo’s ‘Destroy Rock & Roll’ dropped in 2004; Erol Alkan launched his legendary night, ‘Trash’, back in 1997, but gained notoriety further afield around the turn of the millennium, not least through his association with Bugged Out! During this period Jürgen Paape ‘So Weit Wie Noch Nie’ (2002), Akufen ‘Deck the House’ (2002), DJ Marky & XR ‘LK’ (2002), Drexciya ‘Under Sea Disturbances’ (2002) Ricardo Villalobos ‘Dexter’ (2003), Luciano & Quenum ‘Orange Mistake’ (2003) Nathan Fake ‘Sky is Pink’ (James Holden remix) (2004), Carl Craig ‘Sandstorms’ (2004) were all released; by February 2005 Noisia had released ‘The Tide’ and by the end of that year, Skream had released ‘Midnight Request Line’ on Tempa. What exactly where we being saved from here?

He also seems to wilfully ignore what these scenes were about. Up until the likes of The Strokes burst into people’s consciousness, a fair majority of guitar music had become drab and, well, boring, to be honest. The reason that the New York scene Dick is so enamoured with resonated so riotously is because it was something people had been starved of for so long. But instead of triumphing over a stagnant dance scene, as portrayed in the article, it sat triumphantly alongside it, at times hand-in-hand.

Erol Alkan’s ‘Trash’ and entire DJing style (at that time) was celebrated for it’s complete disregard of the restrictions of genre, bringing together the indie kids and the ravers in a way not seen since The Dust Brothers were tearing it up at the Heavenly Social. LCD Soundsytem’s style and sound was indebted as much to the likes of The Velvet Underground and Talking Heads as it was Daft Punk. And, without wishing to criticise the man, whilst Mylo’s music had its moment, his was of such a bubblegum homage nature that it can’t be called groundbreaking, never mind being the stuff of salvation. Dick misses all this, because he comes across as merely being concerned with style over substance, and substances over style.

Indeed, whilst the first part of his piece is merely ignorant, the second half is dangerous. At best, he reveals that, for him, it’s not just about the music: there must be ‘performance’.  Ignoring the fact that, at the end, he points to a number of characters who are all, apparently, the “rock stars” he’s been claiming don’t exist, thus rendering his article redundant as well as reprehensible, I don’t need my DJ to do anything other than play the music. I’m there to dance with my mates, not to worship some shadow in a booth. As long as they’re into it and we’re into it, it doesn’t matter how that’s expressed, does it? Seth Troxler is a different beast in the booth to DJ Bone, but are you telling me any man is more into what their doing than the other? Or that one has a less symbiotic relationship with his dance floor? 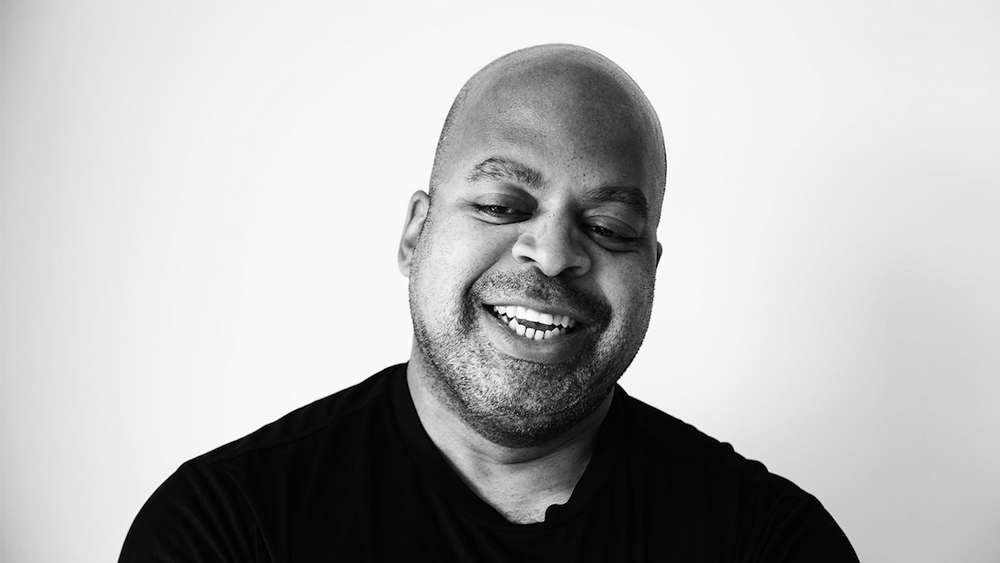 But it’s Dick’s casual attitude towards the darker side of DJing that most affronts. At a time when mental health is of ever-growing concern, and the realities of the mental toll a DJs often lonely yet hedonistic lifestyle can take are coming more to the forefront, he wants his “DJs to be the last one standing at the afterparty. Rather than spending their money on synths, I want it squandered on stimulants, repairs to hotels and purloined festival golf buggies…”

The median age of a Mixmag reader is 24, 72% of them are male, most of them are single and living in a city. Suicide is the biggest killer of men between the ages of 20 and 49, surpassing road accidents, cancer and coronary heart disease. According to one of Britain’s biggest mental health charities, Mind, only 23% of men, compared with 33% of women, would see a GP if they felt down for longer than two weeks. And in a 2014 interview with Owen Jones for The Guardian, Mind spokeswoman, Beth Murphy, had the following to say:

“One of the more common ways men deal with it is self-medicating with alcohol and drugs. They start going to the pub, block feelings, hide feelings, drink, then do it more, and it becomes a cycle. The drugs and alcohol can end up as big a problem as the mental distress in the first place.”

The Samaritans have conducted research that shows it is those in the poorest socioeconomic circumstances that are ten times more likely to commit suicide than their more affluent counterparts and that it is overwhelmingly men who will turn to taking their own life when in poverty. Britain’s inner-cities make up some of the most impoverished parts of the country.

And whilst the charities and research draw our attention to young men on this matter, it is the women who make up the other 28% of Mixmag’s readership that are more likely to suffer from depression, even if they are more likely to go and seek help. According to The National Study of Health and Wellbeing (2014), one in five women amongst the 16-24 age category reported a common mental disorder, such as anxiety and depression, compared with one in eight men. High rates of self-harm, post-traumatic stress and bipolar disorders were also more commonly seen, with young women also more likely to report severe symptoms.

As we should all be aware, the help and funding to tackle this just isn’t there.

I’ll be clear here: I have thoroughly enjoyed my time partying in the past, with all that that entails, and enjoy it just as much on the more infrequent times I get to indulge these days. It’s led to me playing some distinctly messy sets in my time. I’m not here having a go at anyone who’s treading a similar path to that now. But that’s not something that should be championed above or as equal to the music. Damn, it shouldn’t even really be mentioned. If we look upon this article in any way favourably, it’s akin to when you first start clubbing and there’s always one or two who just end up going on about how wasted they get to the point that it’s boring. “You’re smashed. Again. Well in. Medal and parade in the morning, yeah?”

But the author doesn’t deserve to get away with mere derision, because he takes it a step further. One of the few people to be held in esteem by Dick is Avicii, because “anyone who’s partied so hard on tour that he had to quit touring altogether gets my vote”. This is the same Avicii who felt the need to retire from touring at the age of 26 due to very public health problems that included a battle with drink that resulted in him suffering acute pancreatitis and having to have his gallbladder and appendix removed in 2014. The Swede also had the following to say in an interview with Billboard in 2016 in regards to the cost to his mental health:

“The scene was not for me. It was not the shows and not the music. It was always the other stuff surrounding it that never came naturally to me. All the other parts of being an artist. I’m more of an introverted person in general. It was always very hard for me. I took on board too much negative energy, I think.” 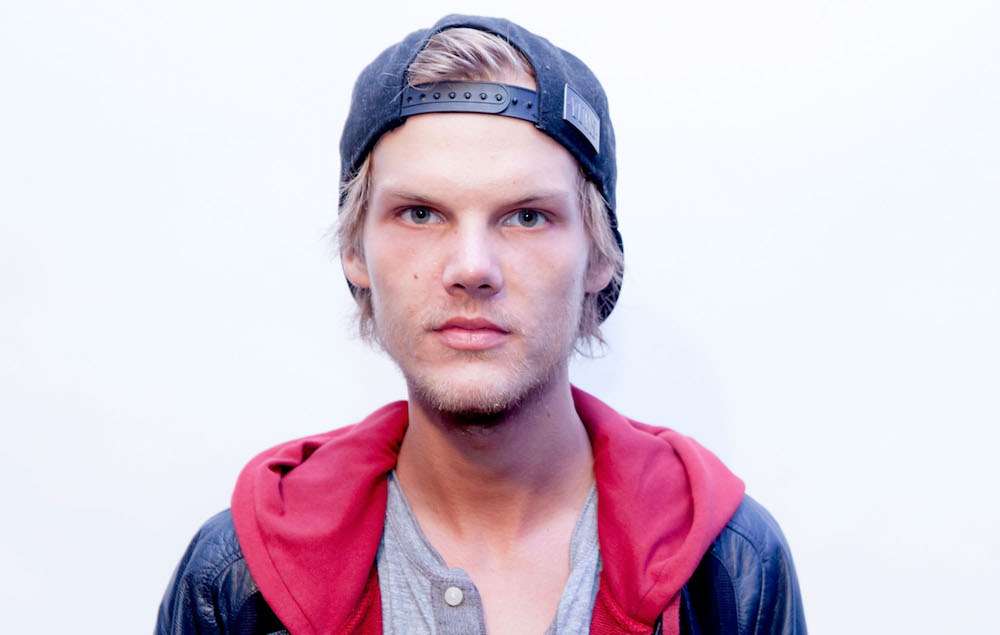 For Avicii this was traumatic; for Dick, it was heroic. And that is inherently sad.

Mixmag’s editor claims that it’s “about having an aesthetic of their own, about charisma, about owning it,” yet he’s spent the entire article to offer up no more explanation for this other than he wants his DJs to get more wasted and flail around behind the decks further still. That isn’t embracing “the freedom and chaos of Panoramabar and DC10”; that’s conforming to cliches and stereotypes.

If you truly want people to “own it”, then you need to embrace the introverts as well as the extroverts; the bashful and the bold; the shy alongside the social. Mylo is a perfect example of such a character, catapulted from a laptop in his bedroom to a global stage and having to adapt along the way. They are amongst the lessons to take away from listening to LCD Soundsystem. That’s what ‘Trash’ was all about.

At the end of the day, whilst we’re all free to rave how we want, and as much as we want, I want my DJs to smash the party, not themselves.