For many of us, the word ‘disco’ conjures up a shedload of glitter, vibrant flares and sequins, but Liverpool Disco Festival showed us it’s so much more than the sparkly surface fashion. Invoking the early beginnings of the scenes and makeshift discotheques such as the Loft and 12 West that defined the 70s, LDF brought together dancers of all ages to groove to the same beat, proving that disco has the power to unite people in harmony and fun.

Looking back on the history of disco, in the North West and beyond, LDF invited Skiddle to curate a panel discussion featuring John Morales, Natasha Kitty Kat and Al Kent that touched on the different generations of disco, the popularity of the genre and the prevalence and relevance it has in Liverpool. You can listen to it in full below.

Over recent years there has been an obvious resurgence in disco, and it’s not difficult to see why. There are more parties and festivals designed around disco than ever before, from Brixton Disco Festival to Suncébeat and Love International. With a huge international following, committed communities and the genre’s timeless rhythm, disco is something people commit their lives to, as both artists, associates and dancers. Jocelyn Brown’s speech about the resurgence of disco and how it has shaped her life throughout the years, at the Camp & Furnace mainstage summed it up: “I’m 67 years old, and disco has always been my life, and I’m happy to see you all here carrying on dancing.”

But that’s not to say disco has stayed the same, and nowhere is this more obvious than Liverpool, the home of the disco edit.  Morphing over the years into Italo, nu-disco, boogie and pop – as well as birthing house and hip-hop – discos rich pedigree has meant that it is as relevant now as it ever was. Whether through reworks and edits, or through simple influential osmosis, disco has come to shape every dance genre we hear today. Among the classic anthems of Chic and Sister Sledge and synth-laden grooves resounding among the various LDF rooms, many of the DJs put their own twist on tracks, connecting the dots between classic roots and newer sub-genres. More and more DJ’s specialising in disco and soul tracks have emerged over recent years – just look at Hunee, Jayda G and Motor City Drum Ensemble. In fact, one of LDF’s most hotly anticipated sets actually came from Derrick Carter, a renowned 9os house DJ. His blend of house and disco moved neatly into the alluring funk of Rahaan, who has been spinning disco for many years, yet pulls off throwing in soulful Shahid Mustaf MC’s ‘Getting to know MC,’ whipping the crowd up into a frenzy. A huge number of up-and-coming DJs have taken it upon themselves to put their own spin on disco classics – a personal favourite is O’Flynn’s re-edit on Tru Tones’s track ‘Dancing’, which reiterates the influence disco has had on emerging artists, and shows the extent of its journey. 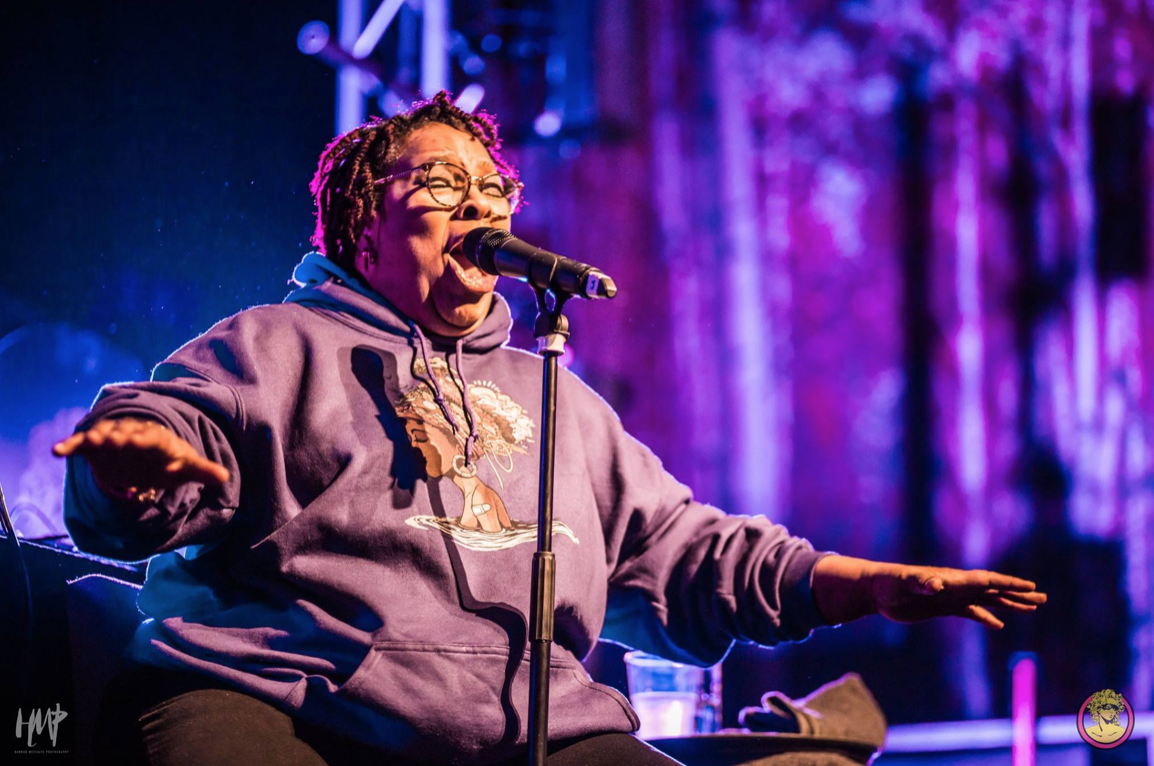 In an interview with Skiddle last year, Natasha Kitty Katt named Liverpool as the “disco capital of the world.” and it was heartwarming to see how thoroughly embedded the Liverpool disco scene (which seems to expand every day) was into the line-up, with the likes of Madnice Marauders, Boogaloo, and Familiar Circles all holding down sets throughout the festival. From when the genre first landed in Liverpool’s ports straight outta NYC, the stronghold of the disco and soul scene in Merseyside is undeniable. It’s no surprise that Hustle, Southport Weekender and SUNcébeat have beautifully curated lineups that do the genre proud and have been responsible for hosting some of the best festivals and events in soul music, both locally and internationally.