Roots and Influences invites our favourite artists, local and afar, to curate a playlist of 10 songs that have inspired their career to date. Ahead of his performance at Africa Oyé, we hear selections from Afro Congolese singer/songwriter and multi-instrumentalist, Kizaba! 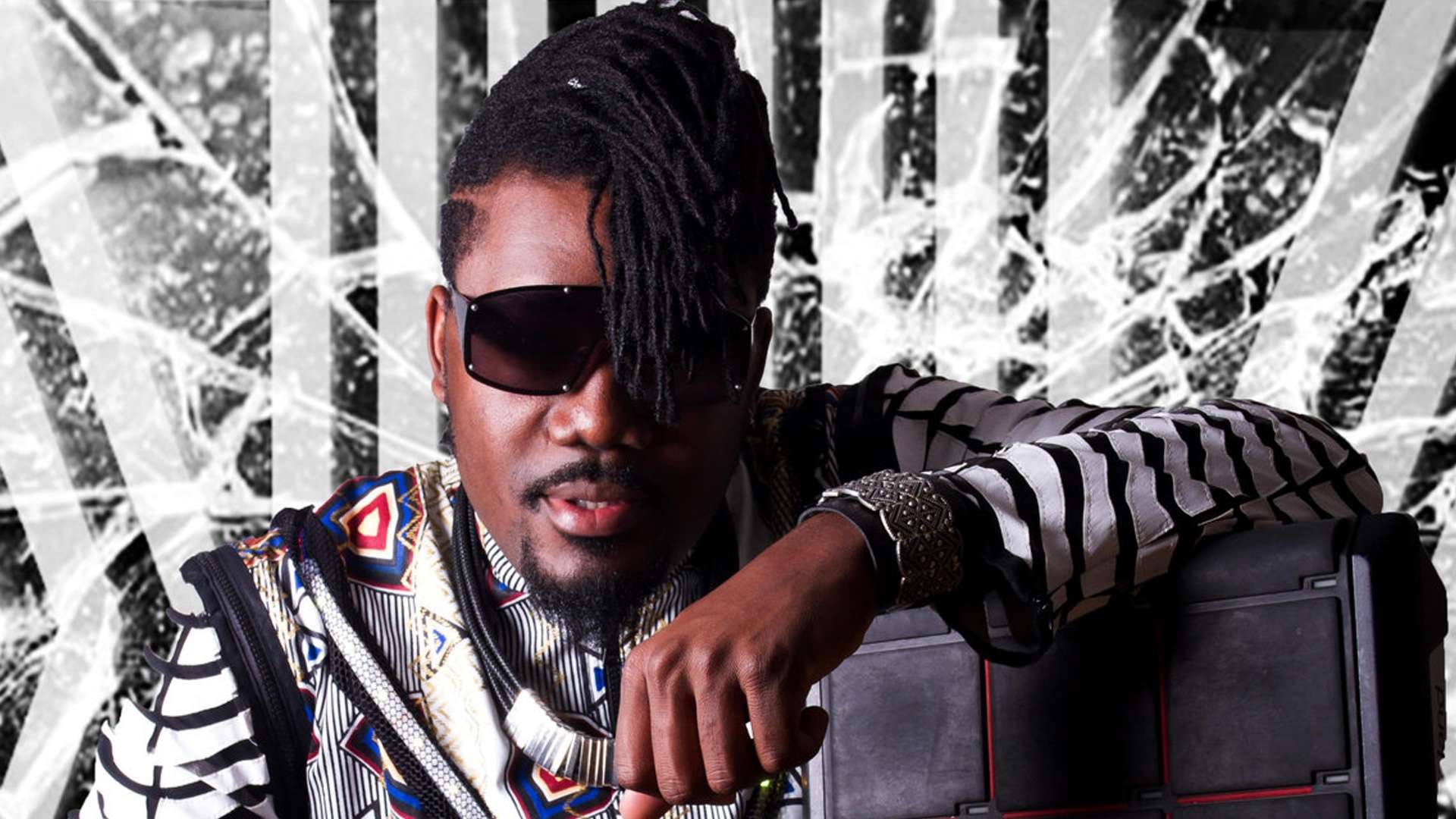 Also the ambassador of Afro Congolese electro music, Kizaba’s music offers a Congo reminiscent of a futuristic Afro journey. “Fumu na betu” for which he creates vocalizations inspired by his ancestors and mixes sounds of soukous-Congolese, Afrobeat and Pop rock. On stage, he handles voice, drums and percussion by mixing electronic music and traditional sounds from the Congo to create an Afro-Futurist world. To provide a complete experience for the spectators, visuals of 3D masks, drawn by KIZABA and inspired by traditional masks from Congo imagined in the future, are projected behind the musicians creating a captivating atmosphere in another dimension through African roots towards the West. On stage, he is accompanied by musicians (Congolese guitarist, rock rhythm guitarist and DJ). Through his fascinating and electrifying Afro-electro Congolese electronic music, with lyrics in French, Lingala, Kikongo and English, Kizaba’s unifying show is truly not one to miss. We’re excited to dance with him in Sefton Park, but first, check out the 10 tracks that have shaped his career so far below..

An inspiring and very rhythmic traditional song from the Democratic Republic of Congo, which has always marked me. It’s also a song that makes me really sad because when I lost my father this song was played at my father’s funeral, and then again at my mother’s funeral. My parents died at a very young age and I was orphaned by both parents. My grandmother who was a percussionist and singer of traditional gospel music took care of me, whilst my aunty, Madeleine Nyomo, sent us money for school fees from France. Unfortunately I couldn’t go to my grandmother’s funeral in Kinshasa because of personal impediments in Canada.

The melodies of this song always remind me of my uncle Professor Francois Mantuila Nyomo, my mother’s older brother, who was a professor of jazz music in Chicago in the United States. At the time I played on the pot with sticks and he saw that I had rhythm. He took me under his wing and trained me in jazz music, he was one of the greatest guitarists and singers of the African continent.

B.B King – The Thrill Is Gone

This song always reminds me of my Uncle. He would give me jazz CDs to listen to and learn rhythms. He taught me to have an open mind on musical melodies in order to make new creations.

When I listen to this and watch the videos of James Brown, it always makes me want to get on stage and perform.

Richard Bona is an artist who inspires me a lot with his different vocal octaves. My grandmother was also very strong in different vocal melodies and is still my source of vocal inspiration today.

This song always makes me feel good about everything in my life; the sadness, the pleasure and the success, the melodies, the groove and the timbre of Sting’s voice inspire me a lot.

Papa Wemba – Show Me the Way

This song for me inspires the courage of the African youth, how we must fight to live and move forward.

Daft Punk – Around The World

Thanks to this song, I now have electronic music mixed into my influences.

If I create beats, they have to have the musicality of this song!

Be sure to catch Kizaba’s performance at Africa Oyé later today, 2pm on the Mainstage. In the meantime, check out his latest single ‘Kituamina’ featuring Marley C below!