Roots and Influences invites our favourite artists, local and afar, to curate a playlist of 10 songs that have inspired their career to date. From anthems for a sunrise set to the origins of grime, we take a dance through some fire selections from producer, DJ and ‘Love In The Endz’ co-founder, Blue Canariñho! 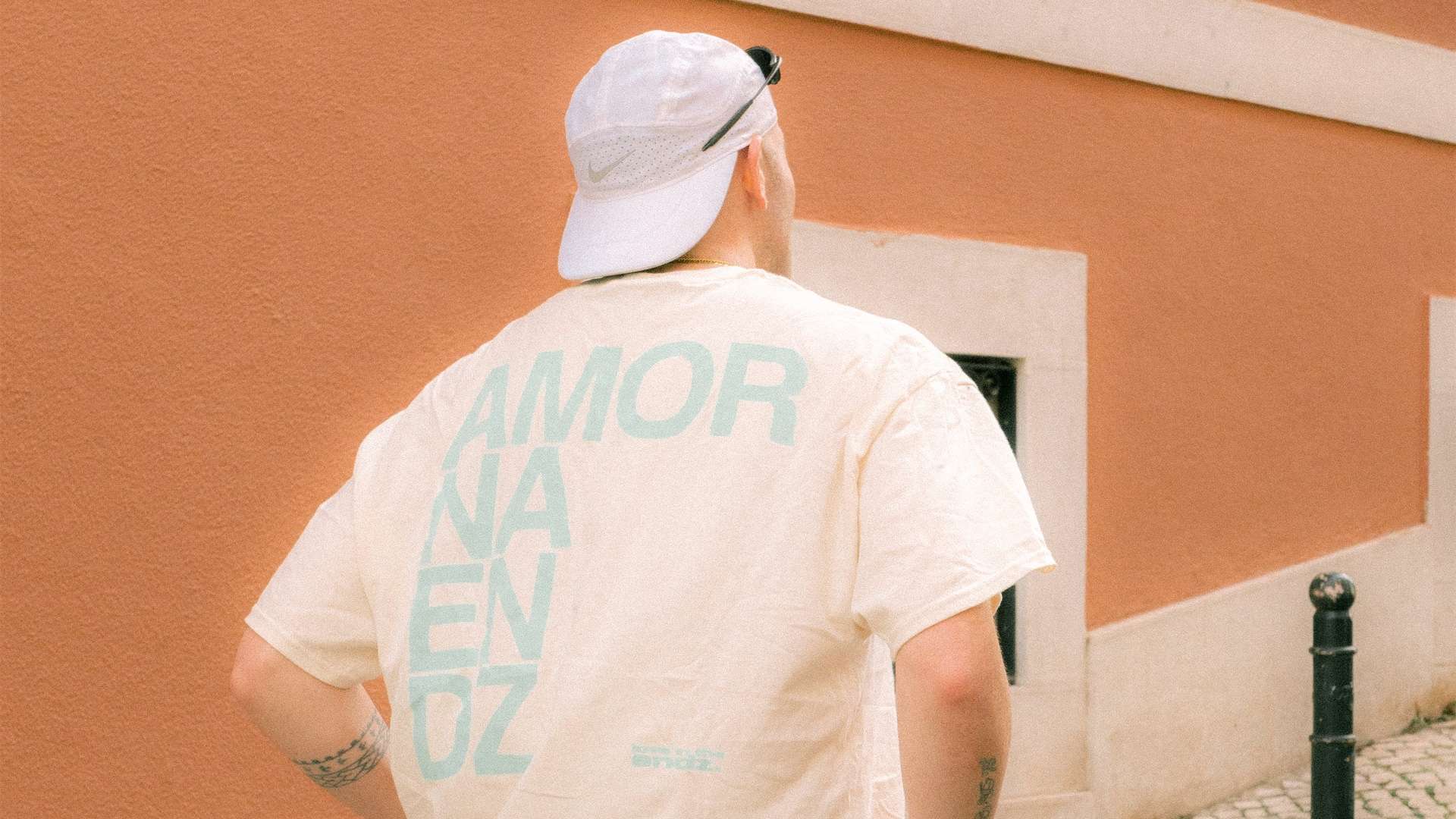 Liverpool-born/London-based, Blue expertly fuses the history and aesthetics of the ‘Endz’ he grew up in with the favela/Urban Brasilian sound introduced to him later in life. Along with Lisbon-born Reprezent host Davia, ‘Love In The Endz’ released their debut compilation ‘Amor Na Endz‘ late last year, a record of two halves – ‘Dia x Noite’ (day x night). Featuring 32 artists across 5 continents, the release was accompanied by a two week exhibition featuring Blue’s expressionist art at Open House Hackney. Now ‘Love In The Endz’ is preparing for the release of their second compilation, priding itself on this inter-continental blend of sounds. Check out the 10 impactful tracks that have influenced Blue’s musical career so far…

If I could choose the whole of Stryctly Vybz Vol 1 & 2, I would! These 2 albums or mixes, or whatever you want to call them, are pure nostalgia for me and my go-to for working out (got me through a half marathon last week!) I never even made it to the legendary mecca of Scouse house ‘Pleasure Rooms’ back in the day because I was too young, but I loved the music! MC Bubbla and Hypo were from the neighbourhood where I grew up, so it made it even better. This track is one of my favourites from the projects. The instrumental is John The Dentist’s ‘Such A Feeling’, but the b2b bars on it always make me laugh. I’d recommend putting the whole album on when you next work out and see what happens.

Again, this whole album is audio perfection, but this one song… wow, you can listen to this on anything and it sounds good. If you have good headphones it transports you to a special place, not to be nerdy about it but from a production/mixing point of view… just wow. As soon as it starts it feels like a hug from your abuela. This album is so important in the history of Latin music becoming as big as it is today around the world, so you have to give it props.

I could write a big passage on why I chose this song, but I think it kind of speaks for itself. 2pac is my favourite artist of all time and probably always will be – the only artist I’ve been a fan of, to be honest. I know that sounds weird, but I’m not a fan of artists. I can’t be a fan of someone I’ve never met and personally know, because you never know, they could be a prick, so I only ever like paintings, songs, buildings, creations in general… but never the artists (unless I know them, which is why I promote so much underground music!) but 2pac… he’s just different, the greatest! 2pac has a song for any mood, deep guy!

2 of the UK’s greatest electronic artists coming together for a mysterious vinyl drop in 2009. I’ve been playing a vinyl rip for the last 10 years haha, then a couple of months ago Four Tet finally released it on Bandcamp alongside ‘Moth’. What genre is this? I have no clue, house? Electronica? Who cares, it’s pure joy! One day I’m going to play somewhere for a sunset or sunrise set and will finish with the song. I will then retire hahaha. It might be when I’m 60, I don’t know, but that’s the moment I’m working towards from now.

Visualise with me: a sunny day, it could be in the UK, Spain, Los Angeles, wherever. You’re driving down the road, a couple of friends or family are with you and this comes on the radio… Turn it up! Make sure the windows are down and just enjoy existing for 3 minutes. A smile on your face, everything is good in the world – that’s the exact moment my brain takes me to every single time I hear this song. Thank you Armand Van Helden, you’re a g (I’ve always wanted this played at my funeral but when I think about it, it might be a bit of a weird song to play, because surely if you’re at my funeral… you DO know me! So going to have to come up with a new one I think).

I was going to be that guy, all humble and that, not putting any of my own songs on but to be honest, this song actually changed a lot for me. It got me onto Radio 1 a few times, people were using the song in vlogs and stuff like that, and I just really like it. The original is amazing too so I went a completely different way with it, on some futuristic alien baile funk vibes. Man I love this song, definitely one of my better ones haha.

The Streets – Has It Come To This

Cast your mind back to that place I was talking about with the Armand Van Helden tune, but this time you’re in a UK city – Liverpool, Brum, London, Manny, Bristol… There’s not a cloud in the sky. You head to a rave where one of your friends is DJing, you know loads of people there, nothing but good vibes and energy on this day… This comes on the radio from some random pirate radio station you stumble across (yes, some of them are actually still going in the endz!) mannnnnn, the thought of that moment makes me want to cry. That’s a perfect day to me, who needs loads of money and fame when moments like that can exist?

Was I really going to do a roots and influences list without a bit of reggaeton? Nope! There’s so many I could have put in here, but this one, beautiful. I remember when I was 16 and I went to Mexico and heard reggaeton properly for the first time. I’d heard the beat while in Spain in the summer when I was young but didn’t know what it was – it’s been my favourite genre ever since! I wanted to be a reggaeton DJ when i first started out but I lived in Liverpool at the time, so there wasn’t exactly a huge demand for it haha. I started playing latin house as a compromise (the likes of Luciano were huge at the time), I’ve now looped back and am known for playing reggaeton in my sets.

My favourite grime instrumental by far! I was a proper grime kid. When we were young American hip-hop was everything, UK guys sounded like a BTEC version of what they were doing in the US – that all changed with grime! It was something you could only hear in the UK. It was ours, it was unapologetically British, it didn’t matter if you were white or black or whatever, fans, DJs and MCs all dressed and spoke the same, you were either grime… or not. Of course garage existed before it but that was a bit more flashy, plus garage (although very British) was actually historically American. Grime was a rebellion to that, so I loved it. Wiley was just on another level with this one, a ‘fuck you’ to the garage scene (I still love garage btw, I just like the story of grime).

YEP! This is how I want to finish this haha. I honestly think this song is amazing – the production, Nicki’s chorus, Drake’s verse, everything! I don’t think I need to explain the story of this song, it’s not some cool and edgy underground tune… It’s just amazing. I’m listening to it as I write this, the strings, synth bass, chords, stacked vocals… I’m still blown away by it. Don’t be a music hipster hahaha enjoy it, it’s a great song.

Be sure to keep up to date with Blue for all things Love In The Endz. In the meantime, if you like what you’ve heard check out the Love In The Endz mix with all round Brasilian G Bia Marques below!