First conceived as a way to bring mates together and put on a carefree party in intimate confines, We Should Hang Out More started as both a promoter platform and a name for a DJ duo who personify the Glasgow party spirit…
Residents at Sub Club and The Berkeley Suite, John Markey and Oliver Melling are known for bringing a ‘taps aff’ attitude and music policy ranging from disco, house and funk all the way to latin and afro. They make their Liverpool debut on Saturday 16th November at Smithdown Social Club in collaboration with our mates Wavertree Worldwide and Cherry Mango. If you’re already familiar with the DIY venue, then you’ll know that it’s been shaking up the city’s club scene. With early opening times, drinks that won’t break the bank and chill out rooms with pool and ping-pong tables, it creates house party vibe that everyone can get onboard with. And if you’re not familiar, where have you been?! Here’s your excuse to come Hang Out More.

Our favourite aspect of the Roots & Influences series is the diversity of different approaches we find artists take with their mix. Whether it’s the uber meticulous track listing of Bosq (R&I012) or the slick mixing of Stamp the Wax’s Harri Pepper (R&I003), it’s refreshing to see artists take to a mix in their own unique way. Ahead of Saturday, we asked the lovely lads behind WSHOM to do one of their own. We also had a chat with the duo to delve deeper into the mix and find out more about what’s getting everyone in Glasgow and further afield raving: 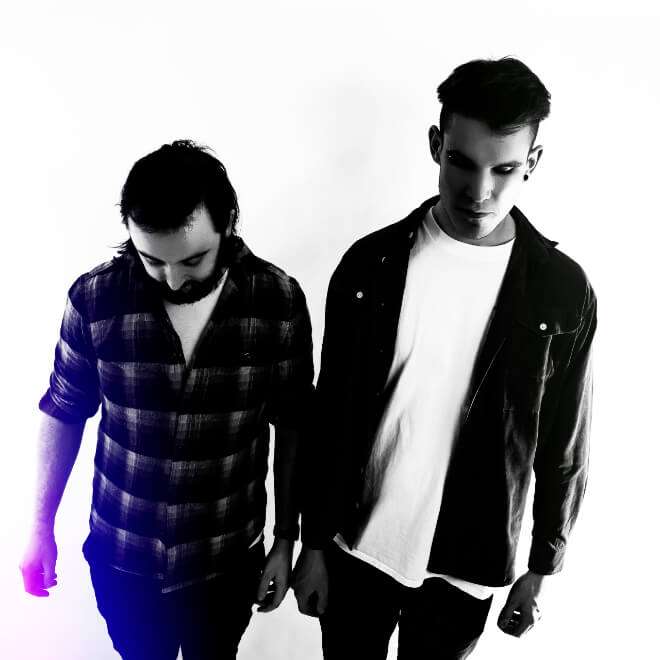 Talk us through some of the tracks included in your Roots & Influences mix. Which artists and/or tunes influence you the most? How do these influences impact your own music?
So since there’s two of us, we decided to record a mix of music we’ve been listening to together since we met. We’ve been visiting Sub Club, The Berkeley Suite, La Cheetah, Chambre 69 (now Room 2) and The Arches (R.I.P), amongst others for the last 7 years. These tunes soundtrack our time together and have influenced our own parties, sets and productions. The 80s disco influences are seen through Geroge Benson, Womack & Womack, Bananarama and Patrice Rushen. We’ve nodded to some production influences with Space Dimension Controller and Kink – a lot of our new unreleased music is very housey, and you can (and will!) hear these influences when they’re released. We’ve included Denis Sulta in there as a nod to our Glaswegian base; he’s an ever-present force within Scottish dance music culture and almost a kind of ambassador for our scene abroad. There’s bits of post-dubstep house in there from the likes of  Deadboy, which was such a huge part of those last years of The Arches and the early years of La Cheetah. They were perhaps the most formative years in the development of our understanding of underground electronic music. Gin Nation gets a special mention as it was the foundation track of our group of pals back when it came out. Regular feature of Sunday at 7am – taps aff, whirling about a living room having a braw time. We decided to start DJing together after a Tiger and Woods night as well and have booked them since – a real high point, lovely guys!

What came first – DJing and throwing parties or producing music? Did you find the two to have an effect on each other?
To begin with we were DJing independently of one another. After we met each other, our mutual  friend Ally Bhatia made a suggestion about starting a club night framed around hanging out more. We began running our night and DJing together over 5 years ago and had both dabbled in production (Oliver has a degree in music technology). We started producing together when the parties had reached a level that we were kind of writing and making edits specifically for our nights. After a while, the standard became high enough that we felt it was worth sending our productions to labels. As they say, the rest is pissed story.  We like to make music for the venues we play regularly, be it Sub Club, Berkeley Suite or even some of Glasgow’s infamous after-hours raves. The spaces and audiences are a massive source of inspiration for making music, Glasgow really is one of the best party cities on the planet.

Tell us a little bit about the Glasgow music scene. Have your surroundings inspired your music in any way?
Absolutely. The talent here is frightening. It’s an amazing place to make and play music, the crowds have their reputation for a reason. Everyone looks after one another too, lots of people are on hand to help with an experienced word or bit of advice. It’s a place where musicians thrive, we’re lucky to live here.

What are we to expect from your debut appearance at Wavertree Worldwide?
Deep fried house, hot cuts, waves of disco and a bountiful well of latin vibes. We’re moving from one UNESCO World City of Music to another – nothing but our A-Game will do.