Having popped up across the Melodic Distraction Radio platform throughout the past year, Remy Jude is an artist whose story is entwined with our own. Through the collaborative Constellations x Melodic Distraction live stream, two Huma broadcasts and now his Yes Music show (co-hosted by staff writer and all-round good guy Aiden Bradey), Remy has showcased and previewed a number of his songs on Melodic Distraction.

Remy Jude now enters the fold with a 10-track, self-released, mini-album that soundtracks his life experiences over the past few years with an endearing sense of honesty. Along with this release, and ahead of his forthcoming album launch party at Constellations on Thursday 15th March, we heard from Remy to gain an insight into his new project, what has motivated and inspired him, and where he is headed next… 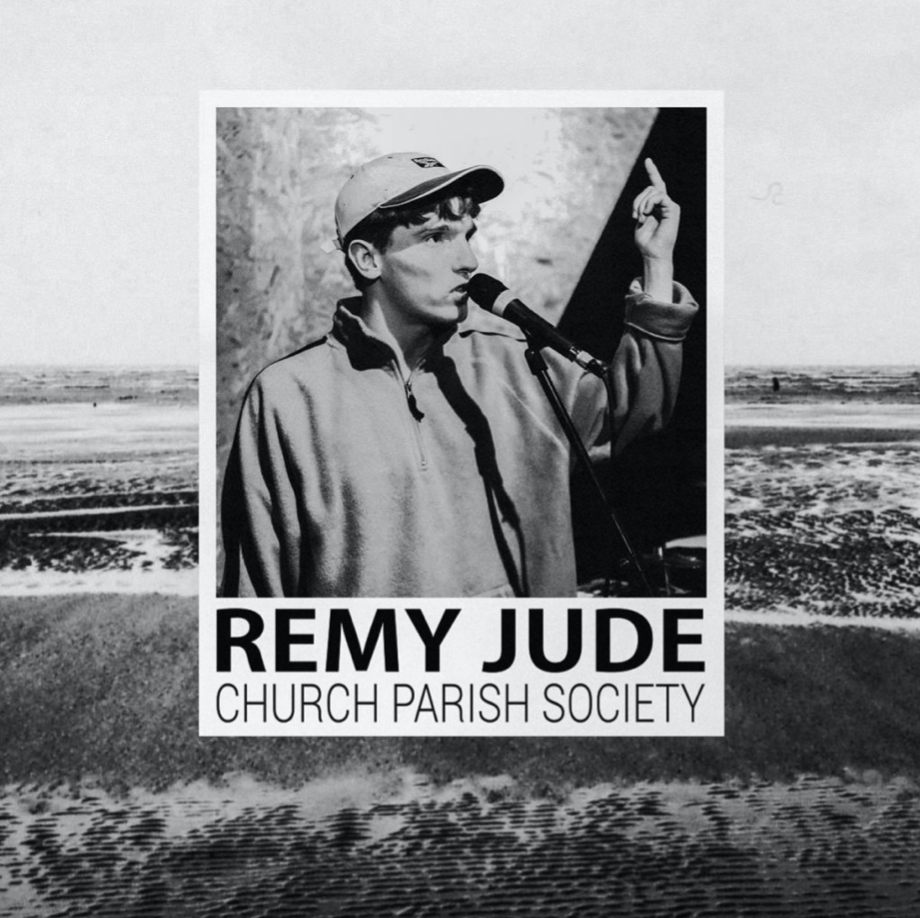 “I suppose Church Parish Society was formally formed in the summer of 2016. Merely a coded sardonicism encrypted on the mobile interweb, it nodded ferociously towards a tendency of self-destruction and enlightenment. In love with the introspective narrative and storytelling in the music of Jay Z and Loyle Carner, yet ultimately besotted by the harrowing beauty of every Archy Marshall project (ask me about the ‘King Krule’ story if you see me), music was once again taking its grip on my blushing brain.

Words have always taken a precedence in my psyche. I’ve been adored for using them in the name of love – at ten years old I wrote and delivered a best man speech at my parent’s wedding. The result – a fire in my abdomen, lit in perpetuation, until the cogs of my mind stop whirring, and the feeling goes away. I’ve been scorned for using words to manipulate. It’s a human condition, mind. Persuasion, manipulation, advising, dear sir/madam, I am writing to you to tell you that I believe…

Perhaps a conscious understanding of my ability to imprint my own reality into the mind of others, is what has driven this incredibly personal body of work. I apologise unreservedly to Georgia Grace Maxwell, the beautiful voice on Bedroom Melodies, and Georgia’s 1st Song. It can’t be easy living so closely with someone who expresses to their songs – this music has been an obsession, the only possible route forwards, a real piece of happiness, and I’m glad we’ve been able to share that.

The biggest thanks on this record goes to Woodking-aka Peter Woodin. I’ve known about this dude since year 9 science with Ms. Jones; a quiet man with his hair over his eyes, shyly concealing an insatiable relationship with the music, Woodking is the most talented musician I know. We were once in a band, and circa 2013 we sold out the local Club 85. At that point we were thinking ‘maybe this is as good as it’ll ever get’. Now his band Keid are ready to take over London, but we’re stilling mobbing with this hip hop, and a coupla’ cold ones.

So I’m going to leave you with that. Please understand that this is only the beginning. The feeling inside, and however it may continue to evolve, has inspired this record. Liverpool has been a darling to me, but this is a portion of Remy-Jude, I hope you listen in the entirety – playback is a cool 28 minutes.”

(Please note, Remy’s views on Arsenal Football Club are his own, and do not neccissarily represent the views of the Melodic Distraction team, especially James…)