“It’s not just about getting young people into work; people who ask me that are missing the point. It’s about whether or not we can change someone’s mindset by providing them with a sense of belonging. That for me would be a success.”

Speaking of his work at Manchester’s Reform Radio, co-director Sam Oliveira’s enthusiasm for the project is palpable. His station’s tale is a refreshing one; a tonic for a toxic era of insipid gentrification and systematic welfare cuts.

Starting life in a Manchester basement in 2013, Reform Radio is a community-led project that supports young people facing the challenges of long-term unemployment and social mobility. From multi-media workshops to teaching the skills required to engineer and produce a radio show, Reform’s traineeships have seen them support over 50 young adults into employment over the past 3 years. Their egalitarian ethos ensures that everyone plays a part in the day-to-day running of the project, whether it be in the studio or assisting with the long-term programming and marketing of the station.

“Without the young people, the station wouldn’t exist. Without  the station, they would have no reason to be here.”

Now housed in the historic Granada Studios, Reform Radio boasts a 24-hour broadcast cycle, two working studios and the support of 221 dedicated volunteers. On top of this, residents and guest DJs have included the legendary Mr Scruff, Matthew Halsall and long-time Fabric resident, Craig Richards. It’s unsurprising then that for the second year in a row, Reform Radio has been nominated for ‘Best Online Station’ at the Mixcloud Online Radio Awards.

After hearing about all the amazing work Reform Radio does within their community, Melodic Distraction took a trip up the M62 to meet Sam and his team. Famed for historically housing the majority of ITV’s television sets and production studios, we approached the Old Granada site with expectations of grandeur. However, what we found was an archetypal 1950’s monolith of concrete and glass. A passer-by would easily be forgiven for thinking that nothing creative had ever happened in the building. Yet, down the now semi-desolate hallways lies something that transcends creativity. Reform Radio is not solely an artistic enterprise, but one that utilises an existing creative industry to unlock the hidden talents of Manchester’s disengaged youth. Gracious enough to give us a guided tour around Reform HQ (and the old set of Coronation Street), we caught up with Sam to talk radio, community outreach and basement broadcasting… 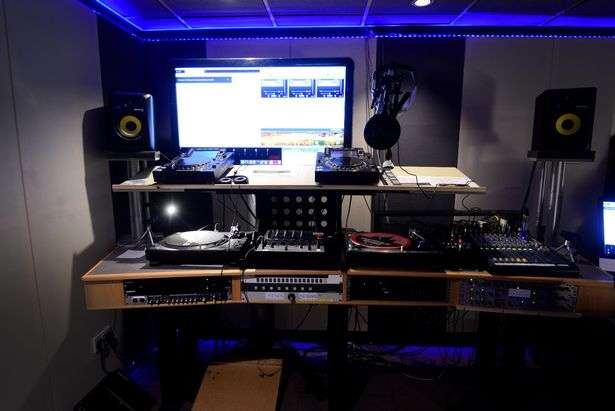 Now under new ownership, the building’s developers are breathing a fresh lease of life into the space. As Sam tell us: “It was a good move for Reform because the owners, Allied London, have been very supportive of our project. For a massive corporate developer, they’re very culturally in-tune. They don’t want to tarnish the cultural significance of this area, they actually want to become part of it.” In a time when boutique apartments and vapid coffee conglomerates are taking over our city streets, it is refreshing to see that Sam and the Reform Radio team have been welcomed into a space revitalised with cultural intent.

With rooms to hold workshops and their own broadcast studio, Reform Radio have undoubtedly made the site their own. Sitting in on one of their many daily classes, Sam explains to us that “youth unemployment is currently twice that of the national average.” With out-of-work young people twice as likely to suffer from conditions such as depression, “A lot of what we see is unfortunately mental health related.” Sam explains. “This year, I’ve seen more young people come in with anxiety than ever before.” Sam’s evaluation is telling of a crisis endemic among teenagers across the UK today. According to the mental health charity, Young Minds, rates of depression and anxiety have increased by 70% in the past 25 years. A 2012 study conducted by the London School of Economics found that a positive correlation between long term unemployment and poor mental health exists among young adults. “Society has to be understanding of this issue,” Sam says. “We’ve had some young people come to Reform who haven’t left home for six months and some who can’t even get out of the car in the morning. It must be so hard for them.”

Through vocationally-tailored workshops, Reform Radio is seeking to empower young adults who otherwise may not have the confidence or skills to engage in full time education or employment. With many left disengaged with traditional avenues into employment, Reform’s programme is looking to the future for its curriculum. In a digital age the demand for social media literate professionals is at an all time high. Despite this, an education gap still remains with schools and colleges scarcely aligning their curriculum to the demands of the rapidly-evolving professional world. “This workshop is all about teaching them to use short form to tell stories. It shows how they can advertise our shows online in creative ways.” Sam tells us. “In a new media world where people see information more than they read it, graphic content is key. If our trainees are taught to use social media in a professional capacity, they can go to any employer.” Reform’s unique approach provides young people with vocations they would not find in an ordinary classroom, but it also develops their confidence in looking for employment. In fact, over 80% of young people who have enrolled in the Reform Radio programme have gone on to enter employment, education or further training.

Writing blog posts, uploading shows and even managing the broadcast schedule, the young people taken in by Reform are the engine behind the entire project. Taking the skills learned in workshops, the trainees operate from the multi-purpose studio, hand built by Sam and his team. “When we first arrived here, the studio was just a shell.” Sam explains. “We rewired the entire studio ourselves, it’s something that we’re really proud of.” With two studios; one for live broadcasting and one for pre-recording, the setup allows training to take place between rooms. “We’re even teaching Paulette, who is a Hacienda legend, how to self-produce her own show, so we’re all still learning.”

With a broadcast schedule that touches on an eclectic range of genres, scenes and musical cultures, Reform Radio’s universal sound is fuelled by a roster of incredible local talent and international guests. With recent shows attracting the likes of Talib Kweli, one of hip-hop’s most venerated voices, the worldwide appeal of the station can only grow larger. “We’re very big in South Africa,” Sam jokes. “That’s the beauty of our station being online, and why we probably won’t ever move to FM broadcasting. We want Reform to be Manchester talking to the world; not Manchester talking to itself.”

The future is clearly bright for Reform Radio. Now offering their first offering fully accredited traineeships alongside the Prince’s Trust and Salford City College, the station can offer young people recognised qualifications and a head start they may never have had. Sam, along with his co-directors Rachael and Jemma, have cultured an environment in which people of all ages, backgrounds and musical styles can thrive, learn and express themselves to the fullest degree.

Check out the station at: www.reformradio.co.uk  || You can also donate to the project here!