ICYMI, we’ve recently welcomed two new lovely radio producers to the team – meet Beth and Hannah! Both making serious waves across the North West music scene in their own right, we wanted to find out more about them, their music career so far and more…

We had a chat with Bristol-born, Liverpool-based artist Hannah Morgan. Also part of this year’s LIMF Academy cohort, Hannah is influenced by true pop princess artistry and an upbringing on RnB, garage and gospel. She uses her early found love of lyricism and an undeniable flair for harmony to write about all things young adult. An undeniable raw talent, we’re excited to see what the future holds for Hannah, both musically and here at Melodic… 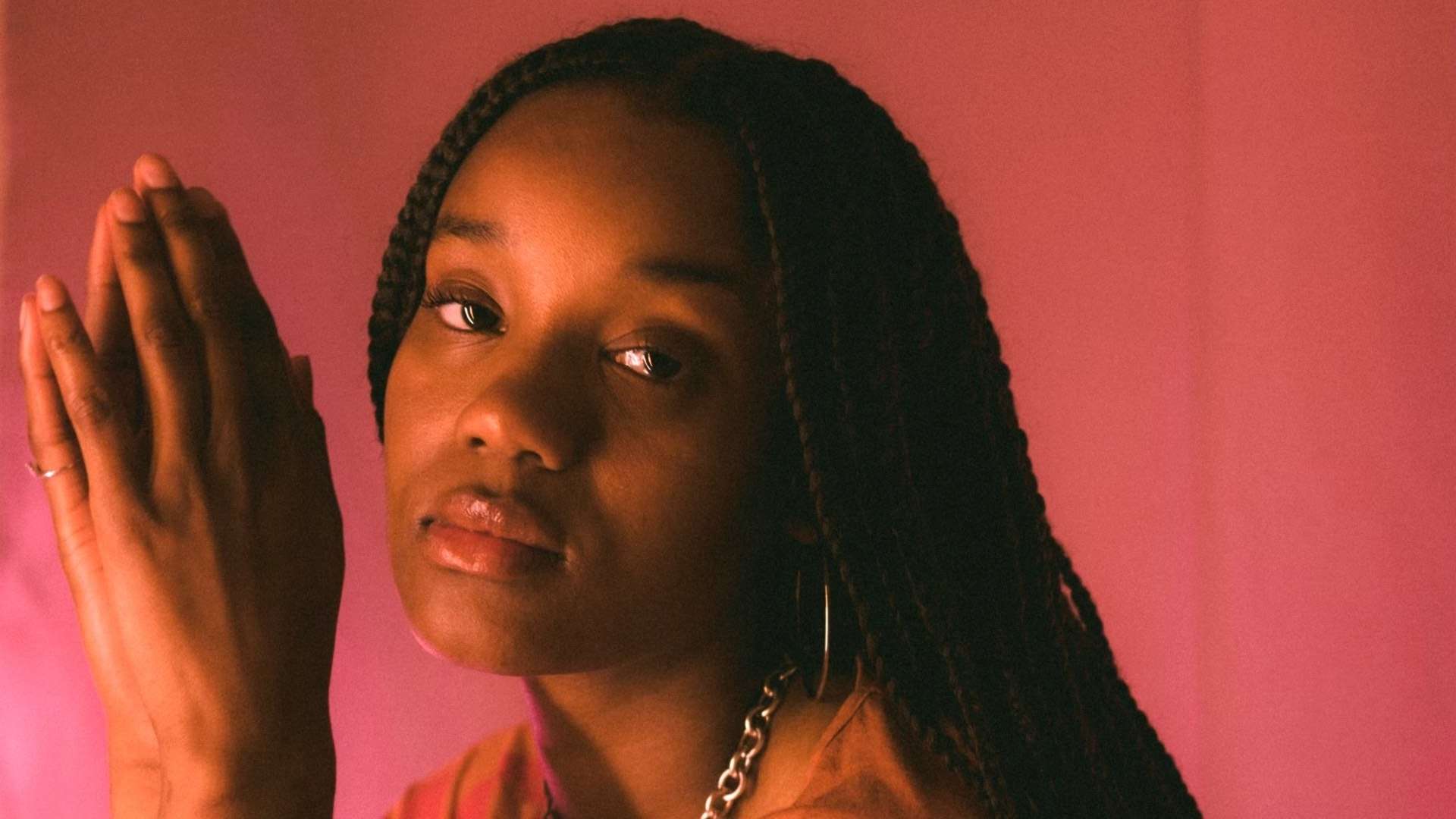 Hey Hannah, welcome to the team! We’re super excited to have you onboard. How did you first get into music?

Hello, super excited to be here! I’ve always enjoyed music and grew up in a very musical family. I first started songwriting when I was around 13 years old – I wrote mostly on acoustic guitar and would keep them stored on my phone as voice memos. The first song I ever wrote was called ‘rush baby blue’ – it was about that feeling of being sad in public, but not wanting to cry in front of people. Then when you do let it out its an overwhelming release – a rush of baby blue tears. By the time I was 16 I’d written around 300 songs; I knew I always wanted to be a musician and decided I wanted to pursue songwriting. It wasn’t until much later that I thought I should try being an artist.

What’s your usual songwriting process? Do you have a particular subject(s) you tend to write about?

For me, everything starts on my phone. I usually have a melody in my head, or a specific word or phrase written down in my notes that I’ve heard somewhere. I find that once I start something I have to finish it, so if I begin to write a song I usually finish within a couple of hours, but sometimes it might take me the day (writer’s block ahaha). I mostly write about love (or very deep like). I’m obsessed with all things romance, especially the cinematic kind (I watch way too much TV!)

Congrats on being part of this year’s LIMF Academy cohort, too! How is the programme helping you so far? Why do you think it’s important for Liverpool to have initiatives such as LIMF Academy?

Thank you! I think when you’re first starting out as a musician and you’re learning about the music industry, not just from a musical POV but also a business perspective, it’s really hard to navigate and can feel insurmountable at times. Being part of LIMF Academy has given me a really strong sense of direction and really pushed me to create a space for myself, especially in places where people who look like me are underrepresented. Beyond this, the financial support has also given me the opportunity to access resources and connect with people that I otherwise wouldn’t have had the opportunity to do. It’s been a great experience.

Where do you hope to see the industry in five years’ time?

I hope that the industry is significantly more supportive and reflective of young Black musicians who want to pursue any type of genre. One of my inspirations is Rachel Chinouriri, who is a Black Indie artist. She’s spoken about how difficult it is to already be underrepresented in her genre, and how she’s struggled with being labelled as an R&B artist because of how she looks. Her story and the way she continues to make space for herself is super inspiring. This gave me so much confidence in marketing myself as a pop artist, and not limiting myself to certain spaces because it’s easier for others to understand.

Apart from radio and music production, what else keeps you busy? Do you have any advice for keeping a clear head whilst working on numerous projects?

Music is really and truly my life. Apart from this I’m studying songwriting and performance at uni hahaha – my advice would be that once you’ve committed to something , follow it through! One thing I’ve always been taught is that hard work beats talent every time. Things that are done well but not perfect are better than not done at all. It can be really emotionally draining to be an artist, as it often feels as though you’re not moving anywhere. But it’s important to keep going, especially when you feel like it the least!

What album or track do you currently have on rotation?
Sabrina Carpenter – ‘Emails I Can’t Send’.

I’ll be in lots of studio sessions for the rest of the year in anticipation for my first official release. I’m very nervous, but also super excited for everyone to hear!

Follow Hannah below to keep up-to-date with her musical adventures. In the meantime, check out her guest show on our airwaves last month!