This Saturday, producer Max Cooper brings his immersive audio visual show to Liverpool’s Grand Central Hall, with support from our very own NIIX! Fresh from releasing his new EP ‘Maps’ via Mesh Records, this promises to be a very special experience in one of the city’s most stunning venues. 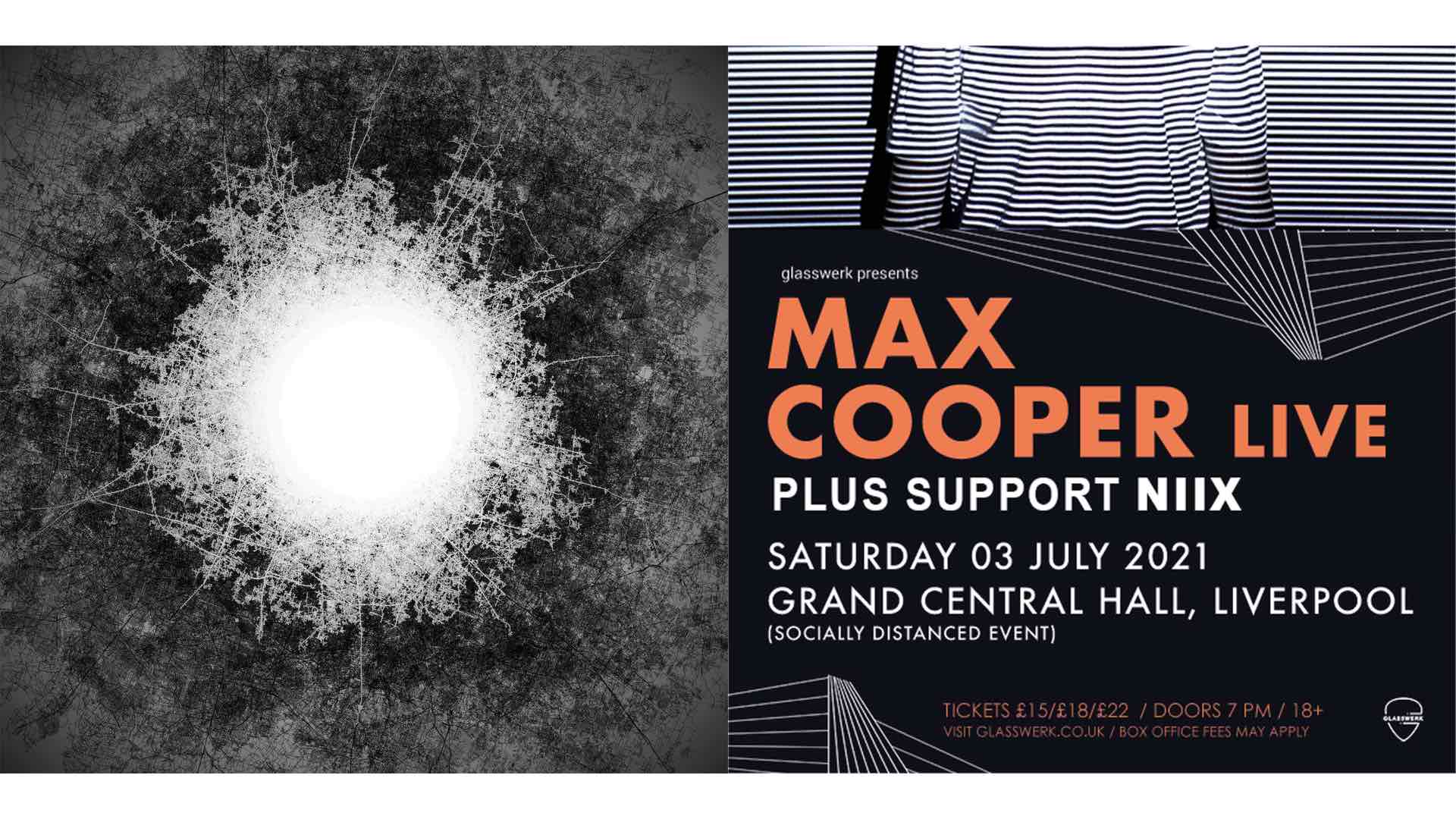 ‘Maps’ was born of a multi-disciplinary arts collaboration, with choreography, dance, film and music, each mapped to the other. It was created from the choreographer’s vision guiding the performance of the dancer, the visual interpretation of the dance, the composition of the score in response, the vocalisation in response to the score, and the musical reinterpretation of the sum of that content. Every step was another challenge, where the feeling and essence of the project was captured with a new medium.

The opening track ‘Weakness Of The Flesh’, which launched alongside a short film as part of the the films.dance series, originated with The Jacob Jonas dance company. They choreographed a story for dancer Emma Rosenzweig-Bock, which was then given to film maker Kevin McGloughlin to reinterpret. Max Cooper then scored this video sequence in collaboration with classical Indian vocalist Samad Khan, and reworked the musical results into two further pieces which would become the Maps EP.

We’re excited to see and hear Maps in the flesh, after being suitably warmed up by what promises to be a luscious ambient hour from NIIX. Tickets are very limited due to current covid restrictions, but there are still a few left on sale here – cop yours now!