It’s got a strange way of rearing its static buzz, radio, as it cuts through the absurdities of life with a remote connection of conversation and reflection. As we find ourselves physically distanced, it’s been a source of solace to find that little corner of the internet still intact, having now broadcast from a studio space in the Baltic Triangle for three and a half years, and all the memories that come with it.

In the midst of their fifth birthday, I thought it would be a nice opportunity to reflect on how Melodic Distraction first came to be, and what it was like as Studio Manager for the first two years in the studio at 43 Jamaica Street.

From broadcasting resident club mixes to where it is today, Melodic Distraction Radio has evolved into something far more comprehensive than when it started. In January 2017, when the Radio launched, we could fit the eleven shows that took place in that particular month onto one poster, more like an event guide than any sort of coherent broadcast schedule. A year and a half later, in July 2018, it was the culmination of a month-long fundraising project through Kickstarter that sought to take Melodic Distraction Radio into the murky waters of perpetual broadcast. It was one of many milestones along the way.

As the station smashed through its monetary target and set forth towards a hopeful horizon, I was days away from leaving the station, and my role as Station Manager. I was moving to the other side of the planet as part of my studies. A celebratory meal amongst hosts and friends for the Kickstarter campaign was filled with a passion and a sense of unity that cast an odd feeling of displacement within me. Turning to leave, a crowd of faces filled my vision – a hodgepodge of characters and storytellers who had become close friends in what is the biggest watermark on my life thus far.

It was with a sense of subdued contentment that I stuttered and mumbled through goodbyes, lurking in the shadows as I witnessed a galvanising force of achievement. Friends with tight, newly formed wrinkles on their brows as they beamed with happiness – there was always more to come, and I was not worried in the slightest. Two years later and the station rolls on relentlessly, picking up a crackpot crew of life stories and musical insight who give as much as they receive within that hyper-emotional space of radio broadcast.

Far less obvious than the Radio City spaceship that hovers over the city of Liverpool, is the fact that we more or less stumbled into radio broadcasting. Whilst the earliest inception of Melodic Distraction had been online – the name attached to a music blog Josh had run as a teenager – University had brought like-minded folks out of the woodwork and into the dark, rattling spaces of the Liverpool club scene.

Melodic Distraction morphed into the name of a party that began in the Spring of 2015. I hadn’t even been to a Melodic Distraction event until they came and set up an Open Deck Social upstairs at Buyers Club later that year, where I was working at the time during my first year of University. Those earliest conversations around music set up a lasting friendship and a shared critical perspective going forward.

Having spent my early student loan installments somewhat hastily on a pair of CDJs, turntables and monitors, my desk in halls had little room for studying. I would drag the equipment over to the Guild once a fortnight, trying to actually mix on LSRadio as a dodgy aux cable just wouldn’t cut it. Student radio will always be an important space for introductions into the world of broadcasting, and it was the first real experience I had, albeit one that I quickly wanted to improve upon myself.

With Josh and James finishing their studies just as I was starting mine, they were ready to find a physical space to take putting on parties more seriously, with a journalistic component and a website to boot. I happily went along for the ride, yearning for another spot to hang out that wasn’t a library or a bar. We didn’t even question the need to put a set of decks in whatever space we found. 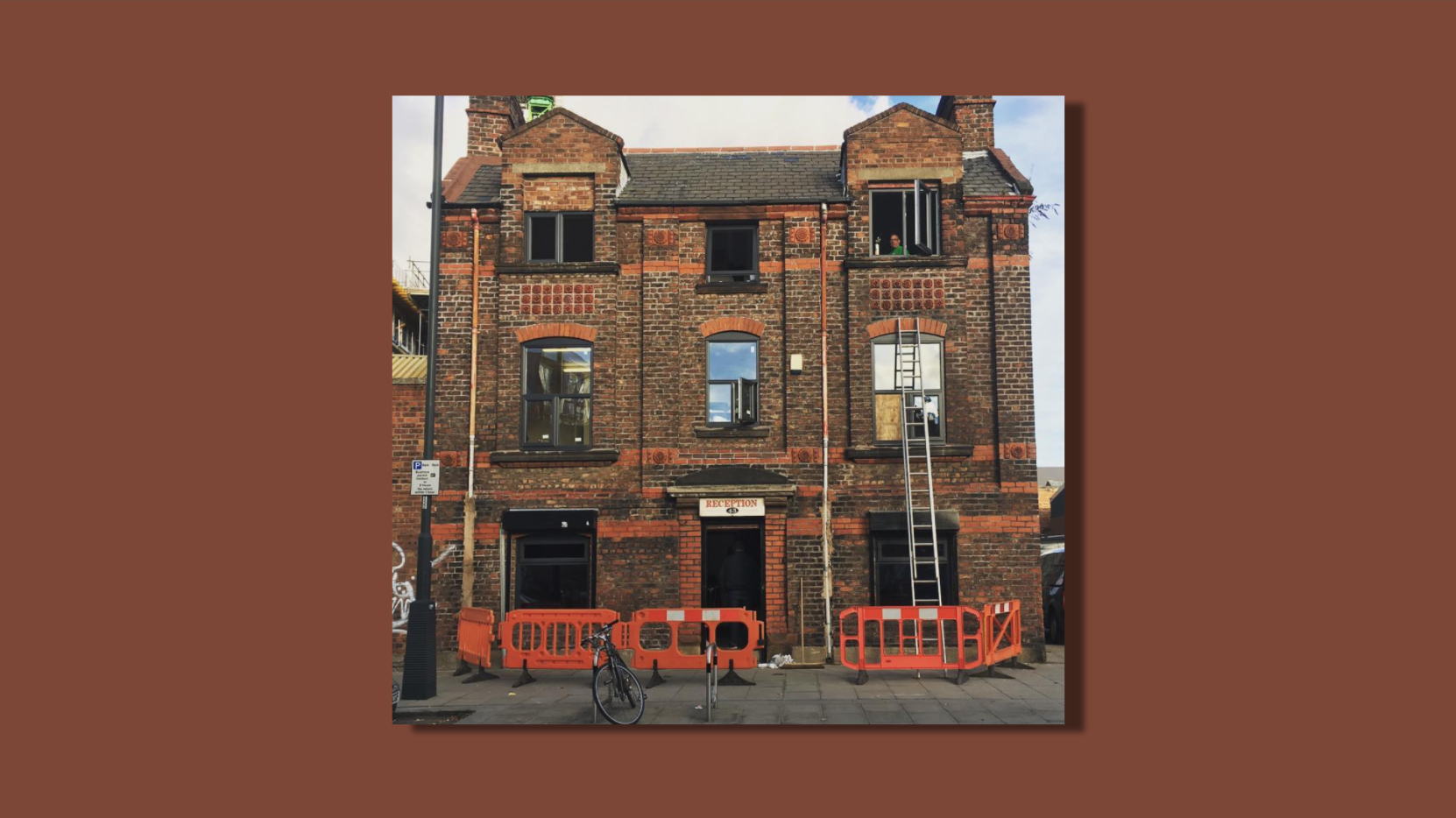 Stumbling upon a redbrick house in the shadow of industrial warehouses and shoddy newbuild apartment blocks within the Baltic Triangle, a graffed up shutter hid what became a very special place for many people. Much like some form of the Leaky Cauldron, 43 Jamaica Street was in plain sight, yet hidden and subdued by the passing of time and people. The keys came into our possession through some hearsay and sporadic rounds of Chinese Whispers. Ducking under the shutters of a dodgy garage next door left us questioning our methods, but Josh and myself immediately felt a sense of purpose in seeing the space for the first time. A forlorn and weary porcelain toilet, caked in the mould and mildew of exile took pride of place in the centre of the room. Still, it beckoned us forward with a challenge; how far would we go to build this space into something slightly more useful than a broken u-bend?

Set a few feet below ground level, the space had the feeling of a house boat, with warped and broken wood paneling adding to this surreal sense of voyage. After a hasty call to James, who can’t have been too impressed with the detailed description of the toilet given, we made the first of many rash decisions. The paint brushes were dug out, long since hardened despite a lacklustre wash under the tap as we proceeded to turn around the dusty, unused space. The three of us became friendly with the hardware store down the road, largely down to our consistently buying the wrong sized screws.

Since then, we’ve battled rodents and property developers (are they the same thing?) who weren’t ever interested in the noise we were making. Every winter, the studio would need water bailing out, with the sofa turned on end like a makeshift mast, a boat that had drifted too far down the Mersey and into the Irish Sea. I even spent a few days making use of that same sofa as my temporary bedstay, whilst moving in between houses and having nowhere else to kip. Most of my worldly possessions were cautiously bagged up and put under cover in the previously unused space behind the building. In much the same manner, Melodic Distraction’s journey forward was unclear, with its fair share of wrong turns along the way. Someone even firebombed the toilet, long since relocated to an upstairs bathroom. 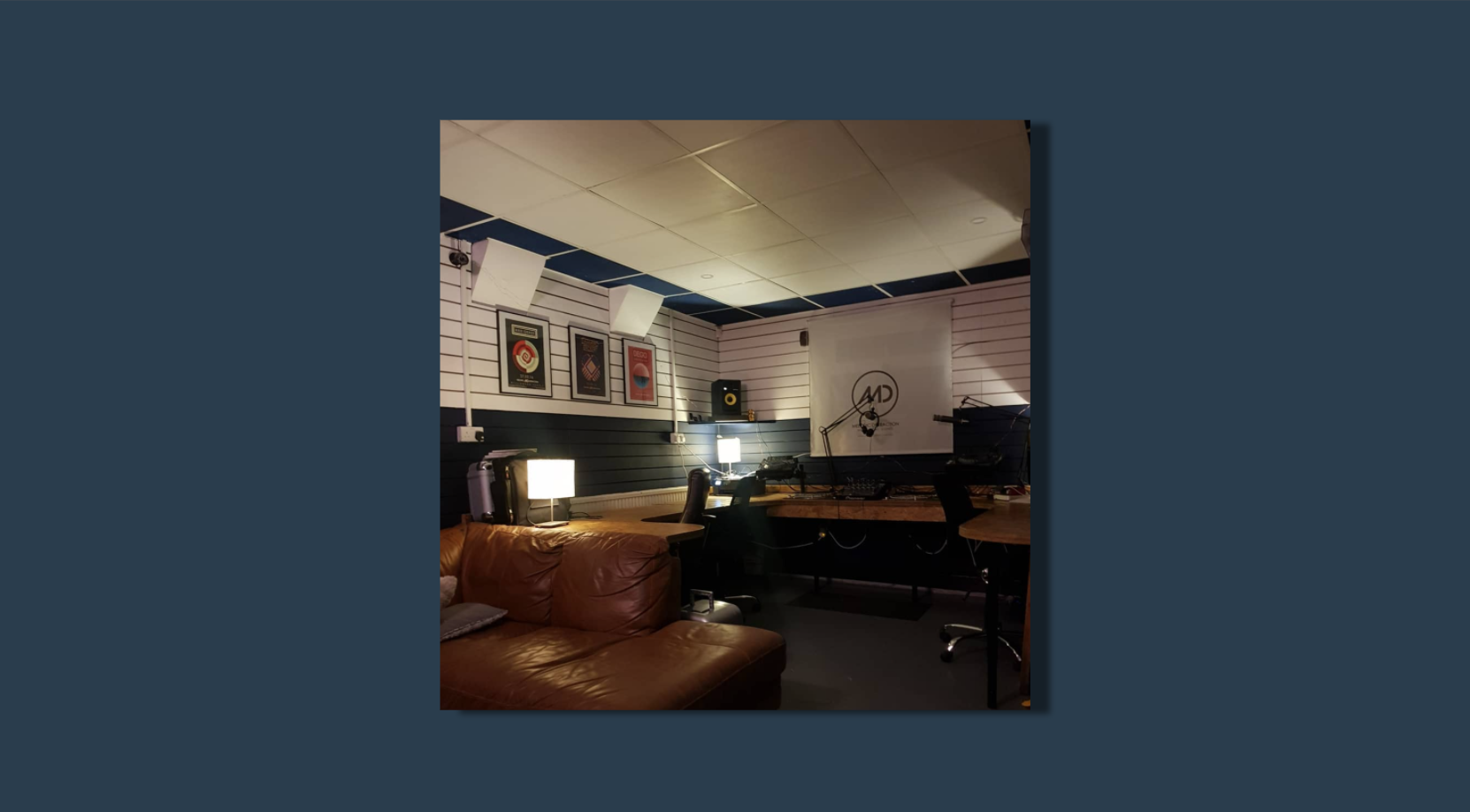 As we adapted from the mix-heavy, club focus that the station started with to the genre-spanning roster it has today, the desire for a place to broadcast garnered more and more attention across Liverpool and the North West. Today, there are over 180 show hosts entailing upwards of 100 different shows. That’s largely why it has always been such a pleasure to produce shows and to hear what people want to share.

Sitting in on Bernie Connor’s deep dive into Popular Electronics was always an absolute joy, and I rekindled my faith in Buckfast from the many indecent evenings bearing witness to the inimitable Rich Furness behind the decks. The Liverpool Arab Arts Festival discussing their twenty year span was a particular highlight, whilst Wide Open managed to fit in a five-piece jazz band with a fucking huge Fender Rhodes, a drum kit and a saxophone which went far better than it should have done, given the fact that we were sitting on top of each other.

The station has integrated and expanded within the city and the wider world of music too, collaborating with festivals and friends such as Africa Oyé and Gottwood, whilst the freedom of radio brought with it memorable shows and illuminating interviews from Crazy P, Jayda G and Roy Davis Jr, all of whom played the party as well, at some time or other. Many other talented artists have passed through the dinky little studio, but radio has become far more than the sum of its parts. Each host, guest and every listener brings their own thoughts and feelings to the station.

The core team has increased as well, with one particularly memorable response during callouts to the question: “What is your favourite album and why?”, filled with a diatribe on the sheer volume of music in the world. It amounted to “I won’t pick one. That’s a stupid fucking question”, and so, eight months after broadcasting started, Nina came on board to help push things forward.

Perhaps the most gratifying instances came with seeing a person approach the mic for the first time, gaining confidence in themselves and their ability to share something personal, most  clearly seen in the DJ Workshops for Womxn which Nina has led since April 2018. In between shows, the friendships that were forged as one host finished and another one began made it all feel right; even appreciating the assortment of clangers and mishaps that happened whilst the ‘On Air’ light flickered red.

Through lockdown, this has been displaced to a network of faded sofas, attic spaces and kitchen counters as radio is forced to remodel and relocate. We find the usual bemusement of technical hitches take on a newfound meaning with cables strewn across the carpet, an ear to the burner as a studio producer asks you to turn it off and on again. 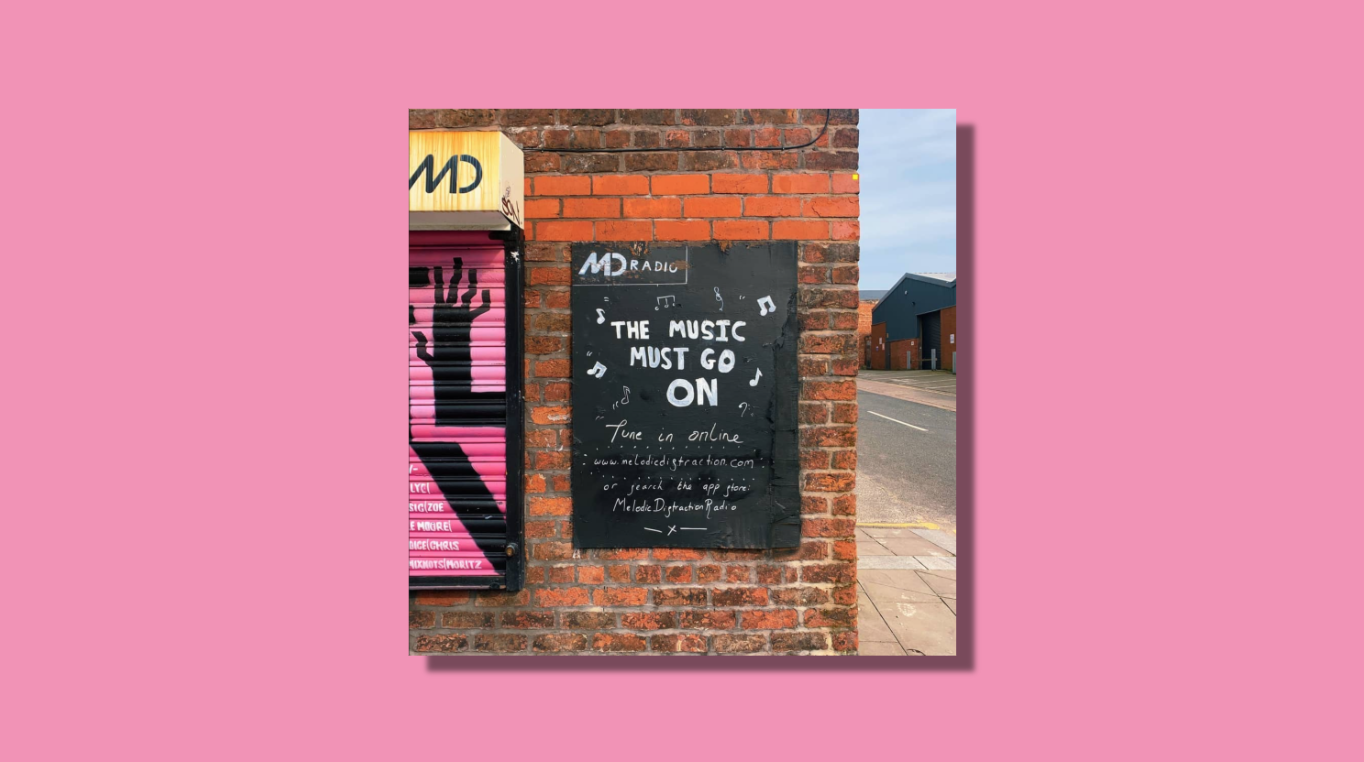 Everyone and everything is jostling into the contemporary zeitgeist of visual culture that is live streaming, but despite the influx of videos with one too many house plants, it still retains its core. A brief window of musical connection. The stories behind the music and the world that it irrevocably entangles itself with, broadcasting, as it does, for any and all who care to listen. To realise there is a conversation in chat rooms with sporadic shout outs to the folks locked down and locked in is energising. The faux pas of radio blunders take on a gloriously intimate character as hosts’ mannerisms become bolstered in the comfort of their own homes.

Some swear by letting tracks play out, talking between them; an error of the highest order to chat over the music, let alone any lyrics. Others view this space as room for experimentation and sonic dialogue; tracks interacting with the flowing of real time conversation and rough mixes. A conversation with that anonymous yet wholly familiar ‘you’. A tender connection for those of us separated by the world in its current form, but a hopeful connection all the same. Together, wherever. To be involved in one local station, with its own history and its own little chunk of the internet, is a life force. There’s lots of others out there too, it’s just a matter of listening.

We’ve made our fair share of mistakes along the way, but have come out somewhat less naive than when we started. Since talking over the breakdowns on a pair of dodgy CDJs with a spurious internet connection on student radio, Melodic Distraction has morphed and melded into something deeply informed by people and a sense of place. It’s been five years since two softly spoken boys started putting on parties with their friends, and this desire for connection continues in Melodic Distraction today.

So, here’s to the technical difficulties, the dodgy internet and a multitude of tea getting drunk. Here’s to leaving the microphone on, explaining how it’s not on FM (just yet), and here’s to finding purpose in the unlikely depths of a broken porcelain toilet.

Long may it continue.