MDR Selects returns: a series that invites our favourite artists, labels, record stores and more to curate a playlist of songs that hold specific meaning to them. Ahead of the release of his latest LP SCARAB, on Black Beacon Sound, we’re delighted to share the selections of multidisciplinary artist Khalil Anthony. 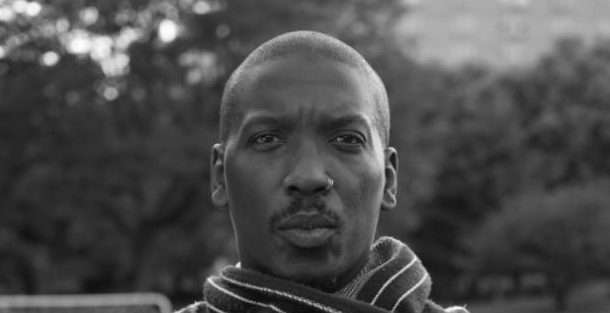 Khalil Anthony is one of the finest vocalists to have graced the house and electronic music landscape for some years now. The charismatic vocalist is responsible for a number of projects across the artistic spectrum. His work encompasses many themes, including the relationships between spirit and space, the black body, sexuality, society and the urban experience. His music explores these themes in particular depth, both through his collaborations with musicians such as Marcel Vogel & Malik Ameer and his own productions, including his fascinating 2018 LP Junebug.

2020 sees the release his latest LP SCARAB. Designed as a follow up to Junebug, it sees the multitalented artist work with an eclectic range of producers from around the globe to create nine reworks of tracks taken from the 2018 original album. The two funky cuts already teased from the album, released in March as part of the Reign Down EP, suggest an artist at the peak of his powers and have whet our appetite for the full release of the album in June!

To celebrate the album’s release, Khalil has not only put together a playlist of songs from some of his favourite artists both past and present, but also kindly described his personal connections to his favourite selections from his playlist. We’re privileged to be offered a glimpse in to the sounds that have influenced such a unique and multifaceted artist.

Prince – If It’ll Make You Happy

“I remember when I heard that Prince’s estate would be releasing songs from the Vault. I had mixed emotions because during his life he was probably the most private entertainer that I knew at the time. But, when they released the 1999 unreleased songs, I lost my breath and literally fell in love with the Purple One once again. Something about this song feels like Prince is singing to us from the grave. It would definitely make me happy if he could come back. This song feels like it came from the 80’s as a special gift to me. I will be selfish now and say that this groove makes me miss Prince more, but gives me goosebumps about what else there is in his Vault.”

“I won’t tell you my age when I saw the movie, DIVA, but I will say it made an indelible mark on who I am as a traveler and a musician. Diva is a 1981 French thriller film directed by Jean-Jacques Beineix, adapted from the novel Diva by Daniel Odier (under the pseudonym Delacorta). The first time I saw this movie, I was floored when the Black woman walked out and sang this song. Everything about the song makes me want to understand love and life more. The dramatic intro, and then her voice, punctuating every cell in my body, from the first time still today. I was eight years old when this film came out, and probably ten when I saw it. Thirty-seven years later, I am still infatuated with every syllable out of her mouth. Magnifique!”

“The last time I heard this song on a dance floor, I was in Berlin and lost my fucking mind. This is the kind of jitterbug sing-song rap thang that just takes over my body and has me running around the entire club, until it is over. I live for Mickey, I want to go where he is. I feel like I am not on Earth either, so I get Mickey and his constant departure. There is a bit of departure in the way that I do everything that allows me to stay for however long it is that I do stay. This song is probably the most amazing song for me to hear when I am dancing. It takes me to another world and where I land, I never know.”

Mad About You – Son Little

“If you want to know more about me, just put on a chill song that reminds me of the past. Some kind of wonderful this is. When he opens his mouth and the first words are iterated, I feel like I am in love. I need to remember how love is born and where it comes from. Sometimes it’s in the melancholy. The voice that is guttural and reminiscent of a smoky bar, shadows playing off the wall in a movie of their own, a slow wine, and a lover scorned. The idea of leaving me lonely, reminding me of wine, and the sheer joy of the opportunity to find love, whether kept or lost, will always send shivers down my spine.”

“Working with Malik Ameer is my passion. We make good music. I am using this song, not only because I made it, but because it captures a period of time I haven’t lived yet. The sultry undertones, the resonance of a voice that I didn’t ever want to show the world, and the potent yet sensitive ask, Wait? I imagine myself as another creature, lurking in the wilderness, learning and forgetting just as fast. The push and pull of love. The struggle to be vulnerable. Sometimes it pays off, sometimes it leaves us alone. All the time, however, we feel something. This fleeting feeling is what always pulls me forth. I will always respond, when love calls.”

Alexander O’Neal – If You Were Here Tonight

“I can’t recall my actual age at the time of this story, but let’s say 13. A fool of a man canceled a New Year’s Eve trip with my Mom to go see Alexander O’Neal. I call this man a fool because first off he cancelled on my mom, on NYE, but this fool also missed an Alexander O’Neal concert. You know who she took. I mean, I have to be writing this for a reason. All I know is that we were dressed to the 9’s and at some amazing theatre in downtown Chicago in the late 80’s early 90’s. We watched the show and I think it was my first live BIG concert. The biggest part of this story is my Mom and I leave the theatre walking down Michigan Ave., and pass an alley. Alexander O’Neal is standing near his limo, two younger boys get into the back seat. Mr. O’Neal proceeds to walk towards my Mother and invites us in his limo. I don’t remember what happened in that limo, but I just know that my heart was full on a New Year’s eve, with my Mom, Alexander O’Neal and what I presumed to be his two sons. He sang this song that night.”

“Who features two of their own songs when writing about what songs matter and what they mean? Khalil Anthony, that’s who. I have to tell you the story. So, we all know that this song was made, cause it’s on this playlist, and in my catalogue. And a lot of folks bought this jam. But, the story goes… When I lived in Berlin, Lil Louis was playing at Panorama Bar/Berghain, as part of this amazing monthly party produced by Lakuti and Tama Sumo. I was dancing my ass off with a lot of new and old friends. Lil Louis is going off. I hear my song playing, this song, “Needed You Bad”. I can’t believe what I am hearing. I start screaming, ‘This is my song!’ Folks around me are like, ‘yes, it is good. You like it huh?’ I scream even louder, “NO, THIS IS ME SINGING. I WROTE THIS SONG! LIL LOUIS IS PLAYING MY SONG!!!” The crowd around me starts hugging me and we all scream together. He spins into another song and we all continue dancing and smiling. The next song he brings in is my song again, NEEDED YOU BAD!!! He brings my song into the mix six different times ya’ll. I lose all sense of myself. We meet at the end of the night. He knew my name. He knew what I looked like. He played those songs for me. I have the chills as I write this!”