Mates’ Crates, a series headed up by our friend Andrei Sandu, dives into the tales behind records and digs deeper into our connections to music. These are not reviews, they’re stories. Next in the spotlight, Arthur Russell’s This Is How We Walk On The Moon.

Arthur Russell is one of the most eclectic musicians I’ve ever encountered. Trained in experimental composition and Indian classical music, his collaborators range from composers Steve Reich and Philip Glass to legendary DJs including Larry Levan and Nicky Siano. At the age of 18 Russell moved to San Francisco to live in a Buddhist commune, before meeting Allen Ginsberg, whose poetry readings he accompanied on the cello. A musician this interesting deserves our time.

Under his Dinosaur L alias, Russell produced “Go Bang“, which was a regular feature of David Mancuso’s DJ sets at his private Loft parties, which acted as the birthplace of several of Russell’s musical partnerships (more on that here). Under his Loose Joints alias, Arthur Russell released “Is It All Over My Face“, produced by Steve D’Aquisto and remixed by Paradise Garage resident Larry Levan. 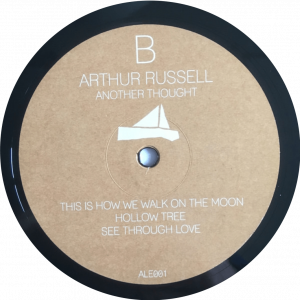 “This Is How We Walk On The Moon” is my favourite Arthur Russell track. There are different versions, including this more electronic adaptation from the 2015 archival reissue album “Corn”, but all pale in comparison to the stripped back version on 1994’s “Another Thought”, which puts Russell’s cello and vocals front and centre. The way in which the track builds from the string intro gives me chills. I’ve always found solace in this record. The congas on the record are performed by Mustafa Ahmed, who has more recently songwriter for Camila Cabello and The Weeknd.

The song itself was recorded in 1982, but much of Russell’s discography remained unreleased until after his tragic death of AIDS-related illnesses in April 1992. In the years before his death, Russell had been working on a collection of voice-and-cello songs for release on Philip Glass’ Point Music (some of which surfaced posthumously on “Another Thought“) and an electronic pop album influenced by 808 State, most of which made it out on 2004’s “Calling Out Of Context“.

Russell never achieved success during his lifetime, but was later acknowledged as an overlooked genius, developing a cult following which encouraged the release of much material over the last thirty years. He was notorious for leaving songs unfinished and continually revising his music, seeking more to explore music than to create finished products. At his death, Russell left behind more than 1,000 tapes, 40 of them different mixes of one song.

James Blake named his club night after Russell’s provisionally titled album “1-800-Dinosaur”, and I also run an infrequent party in Deptford called Loose Joints, inspired by Russell. Russell also worked with David Byrne’s Talking Heads, through which biographer Tim Lawrence argues that Russell demonstrated that minimalism had a place in popular music which could be both arty and energetic.

I must admit that I haven’t yet had an opportunity to watch “Wild Combination: A Portrait of Arthur Russell“, but I would encourage anyone, myself included, to put some time into exploring his life and output.