Mates’ Crates, a series headed up by our friend Andrei Sandu, dives into the tales behind records and digs deeper into our connections to music. This time, the most beautiful song in the world, Ahmed Fakroun’s “Ya Fahri Beek”.

Writing about this beautiful piece of music felt timely for three reasons.

I had been due to see Ahmed Fakroun perform his first UK show at London’s Jazz Café this month (unfortunately delayed until March). I finally got my hands on a copy of the repress on Charlie Bones’ “Do You Records” last week. And third, Charlie Bones announced about a month ago that he was leaving NTS, after ten years of brightening up everyone’s mornings.

I first found Ahmed Fakroun after hearing “Gelty” played out. Instant Shazam. A journey of discovery soon followed, via “Love Words” and “Nisyan“.

Born in Benghazi, Libya, Fakroun is widely considered the foremost pioneer of modern Arabic World Music. A talented multi-instrumentalist (from guitar, basss and keyboards to saz, mandol and darbouka) and multi-linguist, his work spans both styles and cultures. Influenced by music from all over the world, Fakroun formed his first band in 1970, playing at local events in Benghazi. 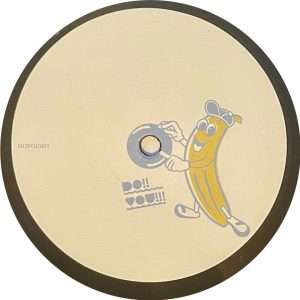 After moving to England to study, he made his first recordings with BBC and Capital FM producer Tommy Vance, then performed across the UK with English musicians. Returning to Libya to release “Awedny” and “Nojoum Al Layl“, fame across the Magreb region quickly followed.

International sanctions on Libya impeded citizens’ freedom of movement, so Fakroun spent much of the 1970s and 1980s abroad, including a lengthy stay in Paris, during which his single “Soleil Soleil” – seamlessly blending electronic-pop styles with Arabic influences – accelerated his international career. Fakroun counts Talking Heads‘ David Byrne amongst his fans, and the similarity in art-rock styles is noticeable.

Fakroun continues to produce and release music from his home studio, including “Salam” with Dr. Lonnie Smith (not Lonnie Liston Smith) just a few years ago. Despite turning seventy in a few years, Fakroun is still performing, and I hope to finally see him play next year.