On 4th May, Liverpool Sound City+ invited Craig Pennington, Amy Lamé, Natalie Williams, Steve Rotherham & Yousef to discuss the future of Liverpool’s music industry and the formation of a City Region Music Board.

In January 2017, Constellations sat down with Craig Pennington of Bido Lito! to discuss the future of Liverpool’s music scene. His forthcoming conference and city-wide survey entitled, Liverpool, Music City?, was just around the corner and many within the local industry were enthusiastic to gain a richer insight into the ecology of Liverpool’s music scene. Designed to capture the outlook of the city’s far reaching musical milieu, the event served as a cohesive attempt to appraise the mechanisms behind Liverpool’s past, present and future music offer. Delegates from across Merseyside; from independent venues, to grassroots musicians, promoters, commentators, policy makers and educators were all in attendance. All who participated were asked to complete a survey, with the findings forming the backbone of a collaborative music industry report between Bido Lito! and Liverpool John Moores University.

At the time, Pennington explained to us that: “From a social perspective, from a cultural perspective, from a tourism and economic perspective – music is so entrenched into everything we do as a city. For Liverpool, a city that has so much music in its DNA, it’s unthinkable that we don’t currently have any concrete music policy.”

Published in December 2017, the report focused on five key themes; music in the city, music tourism, developing new talent, the potential of a music industry hub and music education. 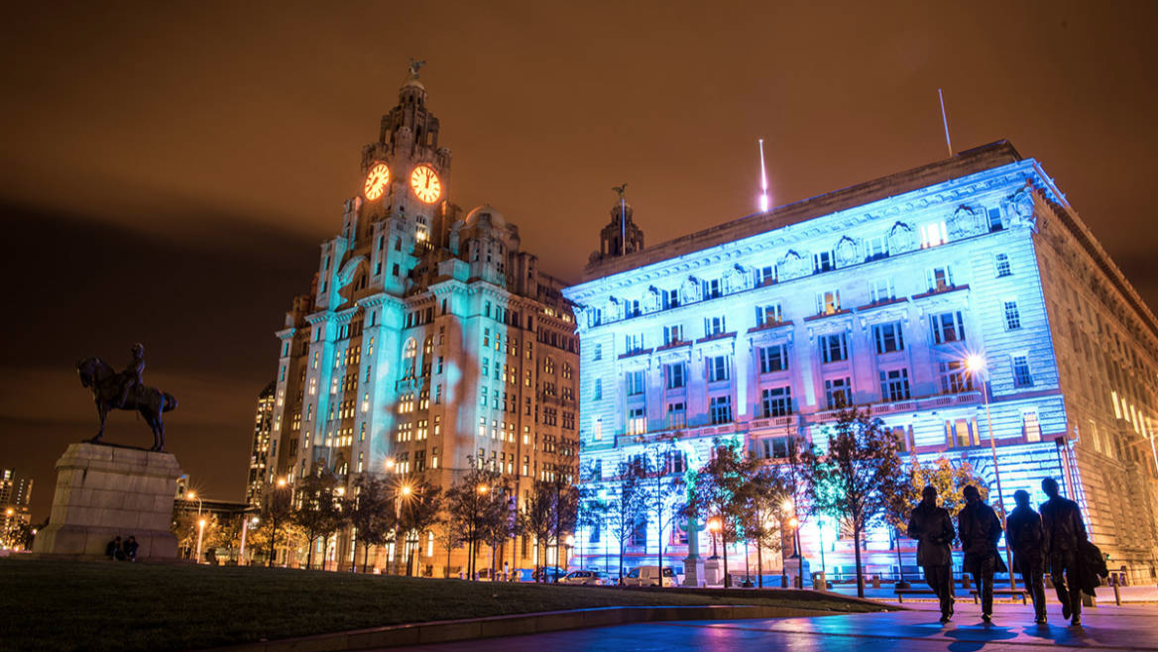 Calling for the formation of an independent, community-led music board, the findings revealed that Liverpool required a more strategic approach to its music policy – with added emphasis on enhancing the routes of communication between sectors, and between music-related businesses and the city authorities.

Now, just over five months on from this report, the seeds have been sewn. Four separate, in-depth studies surrounding Liverpool’s musical ecosystem have now been produced. Liverpool City Region (assoc. Bop Consulting), UK Music, UK Live Music Census and the aforementioned survey by Bido Lito! (assoc. LJMU) have all found that Liverpool’s music sector is expanding rapidly, both economically and culturally. However, and in an all too common juxtaposition, the reports also found that independent venues, grassroots funding and opportunities for up-and-coming artists are all greatly under threat. Gentrification has its role to play, as has been previously discussed on this blog and in greater deal in an excellent article by Patrick Clarke for The Quietus, but so too have real term budget cuts affected funding available to the music sector, with the city estimated to lose £470 million in real terms between 2010 and 2020.

With the data gathered from these four surveys, Liverpool now appears better poised than before to begin the process of formulating an action plan to overcome the issues facing the city’s industry. On 7th March, 2018, Metro Mayor Steve Rotherham formalised these reports by integrating the formation of a Liverpool City Region Music Board into his Fourth Industrial Revolution economic plan, emphasising that; “music is, integral to who we are, so we need to ensure it is a fundamental component of what we will be in the future.”

To discuss the city’s current musical climate, and the formation of such a body, the Sound City+ music conference invited Mayor Steve Rotherham, London’s night Czar and Chair of the London Music Board Amy Lamé, iconic international Liverpool DJ Yousef, Natalie Williams UK Music’s Head Of Research and Bido Lito!’s Craig Pennington to the historic Cunard Building, home of the British Music Experience, to discuss the future vision for the Liverpool City Region Music Board.

A building that so brilliantly displays Liverpool’s musical history, the contrasting nature of this location, given the subject matter, was apt. As Amy Lamé poignantly observed; “Everyone loves the music that has come out of Liverpool – but we want to love the music that’s coming out of Liverpool right now, and in the future.” In the past, Liverpool has been guilty of resting on its heritage, something that was agreed upon by all panel members. Discussions followed this directive throughout, as panelists spoke with emphasis about safeguarding the up-and-comers – the venues, teachers and programmes that offer opportunities to the artists of today and the future.

For the uninitiated, Natalie Williams of UK Music summed up what a Music Board is employed to do; “A music board is a collective of people who have expertise in a specific musical field, but also have connections with the community and have an understanding of what the actual goals are for those people in the industry. The idea is that a Music Board can pool their expertise together, come together and create objectives for change within whatever region that is. The goal is not just to come together and set up another office but to ensure that change is promoted. Whether it be policy change, offering that community support or getting legislation passed through.”

Chaired by Pennington, he was quick to lay out the parameters of how a Music Board can effectively bring about a process of structural and legal change, calling upon Amy Lamé’s London Music Board as an example; “Look at the work that the London Board has done and how instrumental they’ve been around the live music rescue plan in London. The abolition of Form 696 and the horrendously negative impact this legislation was having. Looking at this, and the success of the Agent of Change campaign, you can see the potential impact that a music body can have on a city.”

A body that works as an intermediary force between the City Council and the music industry, a Music Board should contain members from across the region and industry spectrum. In doing so, it will reflect the interests of those that it’s instated to represent, as Natalie Williams observed; “Whoever the members of the board are should have a connection to their local community. It needs to tie in with understanding. The board should consist of artists, local authorities, musicians, publishers, senior level executives, small and large-scale venue owners, music teachers and so on. Most importantly, whoever is appointed to chair the board needs to have an understanding of what’s going on and reflect the interests of the people who live in Liverpool.”

Whilst Amy Lamé and the London Music Board have found recent successes in the abolition of Form 696 and their campaign to implement Agent of Change into Parliamentary law, it is important to hold an awareness of the structural idiosyncrasies between London and Liverpool – What works for one region, may not prove effective for another. When discussing the early stages of electing officers to a Music Board, Metro Mayor Steve Rotherham revealed that; “The first thing that we’ve had to do is agree a mechanism for this. The board itself needs to reflect what our needs are in our area. We can’t just replicate what London has done because we think that’s a good model. We need to develop our own so we need people in each of those individual regions and sectors being represented.”

With an ever increasing roster of music festivals coming to Liverpool, music tourism in the city is on the rise – bringing with it more hotel bookings, more restaurant reservations and more money spent throughout the city region. The ripples felt from music tourism are economically rich and far reaching. This was something picked up on by Steve Rotherham as he observed; “The core music sector generates 100 million pounds in turnover each year and employs over 2,500 people. Liverpool has a great number of festivals and a live music offer which is worth over 14 million pounds per year. Add on top of that 19 million pounds worth of Beatles revenue, it’s an important sector.”

To lose its live music sector would be hugely impactful upon the Liverpool City Region. In order to safeguard the future of the city’s music scene, which is comprised of a diverse range of different but co-dependent sectors – a master plan, informed by strategy and driven by the community must be introduced. The cultural, economic and institutional ramifications of such cohesion are something that will take time to yield tangible results, as Amy Lame observed; “The music board in London was founded out of crisis, out of the threat to our grassroots venues and we had to find a solution to this. We’re just now seeing some of the positive results of that and it’s taken two years really to get from crisis, to forming the Music Board, to working out a strategy, implementing it and actioning things. Using the data you have a vital. But you have to be patient.” 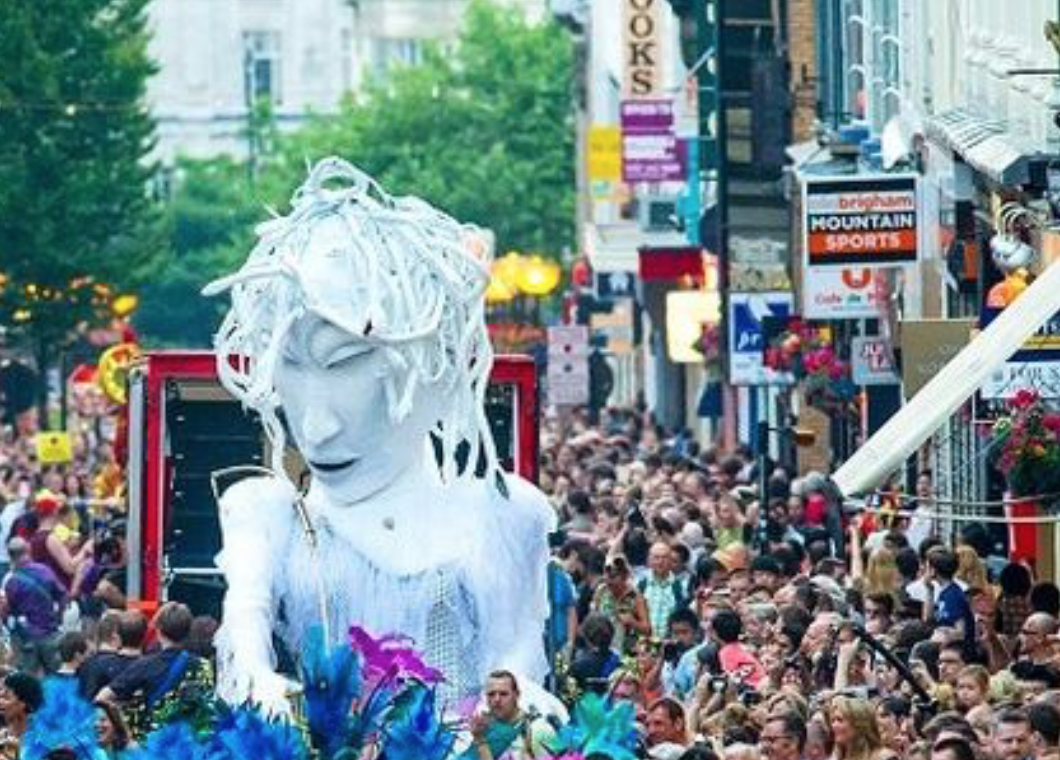 Possibly the most stark representation of the city’s ongoing struggle to keep its music offer strong and healthy is the closure of venues. Over recent years, many venues – considered by some as cultural institutions – have closed their doors due to factors related to gentrification. Although Metro Mayor Steve Rotherham does not hold direction over the city’s land planning, he had this to say about the frontline of Liverpool’s music scene; “I think the days of looking at individual occupational areas has gone – you can’t look at housing in isolation – it hits everything else. The same for music, even in the visitor economy, music is a major catalyst for economic growth. So as planning is our responsibility, we must be aware of this. In Liverpool this year, we’re spending 500 million pounds on culture in Liverpool. It will give a focus for 12 months on somewhere outside of Liverpool, like St. Helens or Wirral, as well as having Liverpool as the driver for economic change not just in the city centre, but across the region.

As the debate came to a conclusion – sadly so, considering the palpable sense that the panel could go on for at least another few hours – legendary Liverpool DJ Yousef spoke up. Having only contributed on a few occasions throughout the conversation, Yousef acknowledged that he had largely remained an observer throughout, taking in what the others had to say about Liverpool’s music scene.

“What Liverpool requires is more forward thinking. We have to hold back from leaning on nostalgia…in a similar way, that’s what Liverpool Football Club have been guilty of doing. This approach can stifle success. Liverpool should always want to look forwards and that’s the most important place to start.”

If Liverpool is to truly become a global music city, with a strong line of communication running from the grassroots all the way up to the policy makers, it must take a forward thinking approach to its music tourism, culture and development.

Collectively, the city must also maintain an appreciation for each sector within the industry. Without teachers, we have no future artists to fill the venues and recording studios. Without venues and recording studios, we have no way to showcase the city’s artists. This interplay must not be understated, and it is critical that whomever takes up the chair of Liverpool’s City Region Music Board understands this, holding these values at the core of everything they do.

For now, the most important action that individuals living in, working in and visiting the Liverpool City Region can take is participation. Supporting independent music programmes, purchasing artists’ music (not streaming it), buying gig tickets (and saying NO to guest list), attending conferences and debates and spreading these messages among their peers. Liverpool stands at a crossroads in its musical journey – and the decision is ours to make; extort the city’s history until it fades into obscurity, or create new musicians, experiences and events for the future.