For the uninitiated, Death Grips are a Hip Hop trio comprised of vocalist MC Ride, and Zach Hill and Flatlander on production.

The group released their first mixtape Exmilitary in 2011 and have subsequently released an impressive seven albums. Describing Death Grips as a Hip Hop group, which I have, is criminally reductive. The music that the group plays doesn’t fit neatly into any genre classification. Experimental, hardcore, industrial noise hip-hop gives you an idea but it’s a bit of a mouthful and far from hitting the nail on the head. It’s fair  to say that, before them, no one has sounded quite like Death Grips. 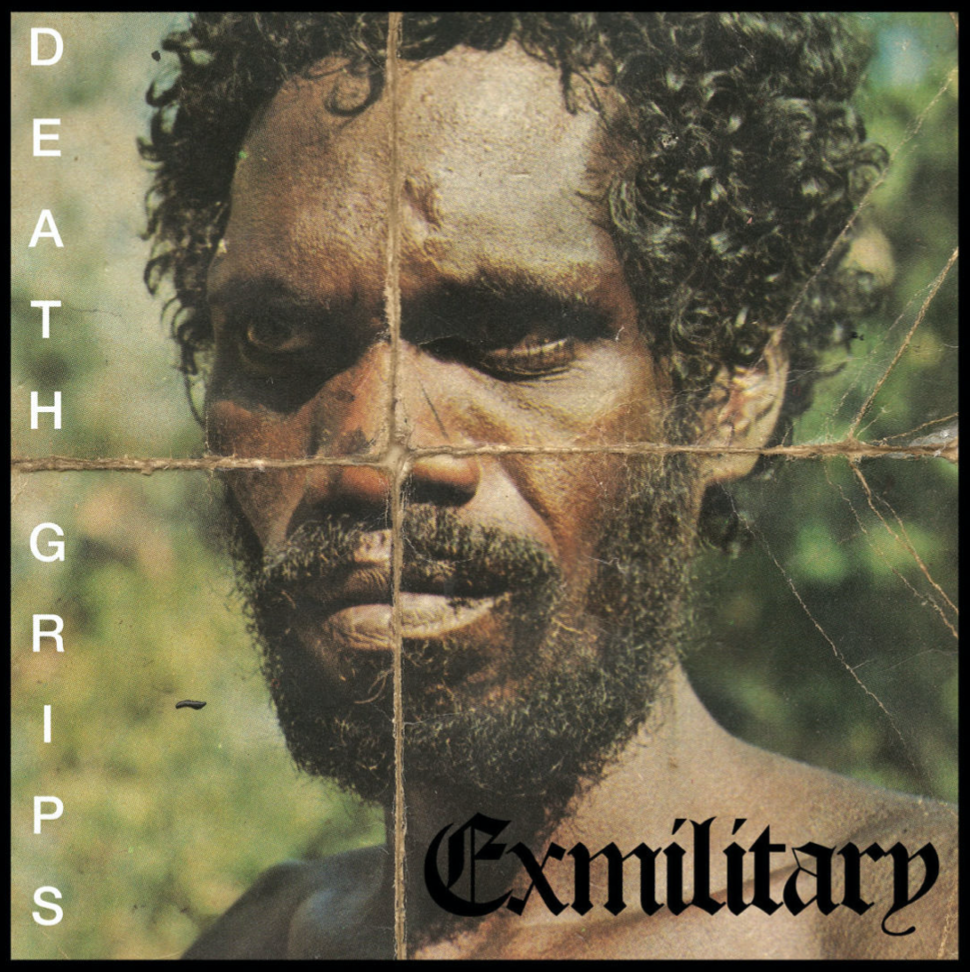 The group are somewhat of a phenomenon, exploding onto the underground scene and spreading across the internet like wildfire. Within months of their first release they were a cult sensation with millions of loyal fans. However, Death Grips aren’t what you might call accessible.

Their music is abrasive, jarring and discordant. Show Death Grips to your grandma and you’ll get a sour face. In fact, show Death Grips to most people and you’ll be met with the same reaction. Many nay-sayers have attributed Death Grips’ popularity to hype and/or the perceived trendiness of the group. Although there may well be some validitty to these accusations, I can’t help but think that some Death Grips skeptics haven’t given their music a fair chance.

It’s very easy to listen to Death Grips for ten seconds and feel like your ears have been assaulted by an angry marching band who happen to be a gang of power tool enthusiasts and decide that you don’t want to experience it again. However, if you listen for a few more minutes, for a couple of songs or maybe even an album, you might find yourself coming around.

Death Grips’ greatest strength is their energy. They are a volcanic explosion of aggression and chaos. MC Ride screams and shouts like an enraged gorilla on a diet of steroids and bath salts. His delivery is almost incomprehensible and his lyrics, when they can be understood, are abstract and cryptic or simply hostile. As wild, violent and serial-killer-scary as Ride’s performances are, they are completely swallowed by the deafening noise of the instrumentation. The synths throb and writhe from bone shaking bass to teeth grinding highs of sirens and screeches. The atmosphere created is tense and paranoid, claustrophobic and completely disorientating. Zach Hill’s drums drive the songs at a roaring pace, propelling them through the twists and turns with raw force and style. Believe me when I tell you Death Grips’ energy is beyond words. If you don’t feel like putting your head through a window when you listen to Death Grips you probably never will.

Aggressive music has been done before. We’ve all listened to Linkin’ Park and felt like bitch slapping the kid that was mean to us at lunch time. So what is it about Death Grips that sets them apart from the rest of the bands appealing to the limitless angst of frustrated early teens? Death Grips can write the shit out of a song: that’s what sets them apart. Death Grips songs are as catchy as crystal meth. They don’t use nice chords or simple melodies that stick in your head, or even pleasant lyrics that you can’t forget. Instead Death Grips put down some of the biggest and best hooks you will ever hear. I defy anyone to listen to The Money Store (their first studio album) and not have The Fever‘s wailing siren, drum-explosion, MC Ride-going-off-his-fucking-nut filled ejaculation of intensity demanding an instant replay. Or the vocal hook of I’ve Seen Footage banging through their head for the rest of the day. Lost Boy’s, Bitch Please and Get Got are more tracks from The Money Store that are devastatingly catchy. An unusual quality for music that is so grindingly course and unfriendly, and it’s because of the hooks. I truly cannot explain how good they are at writing hooks. 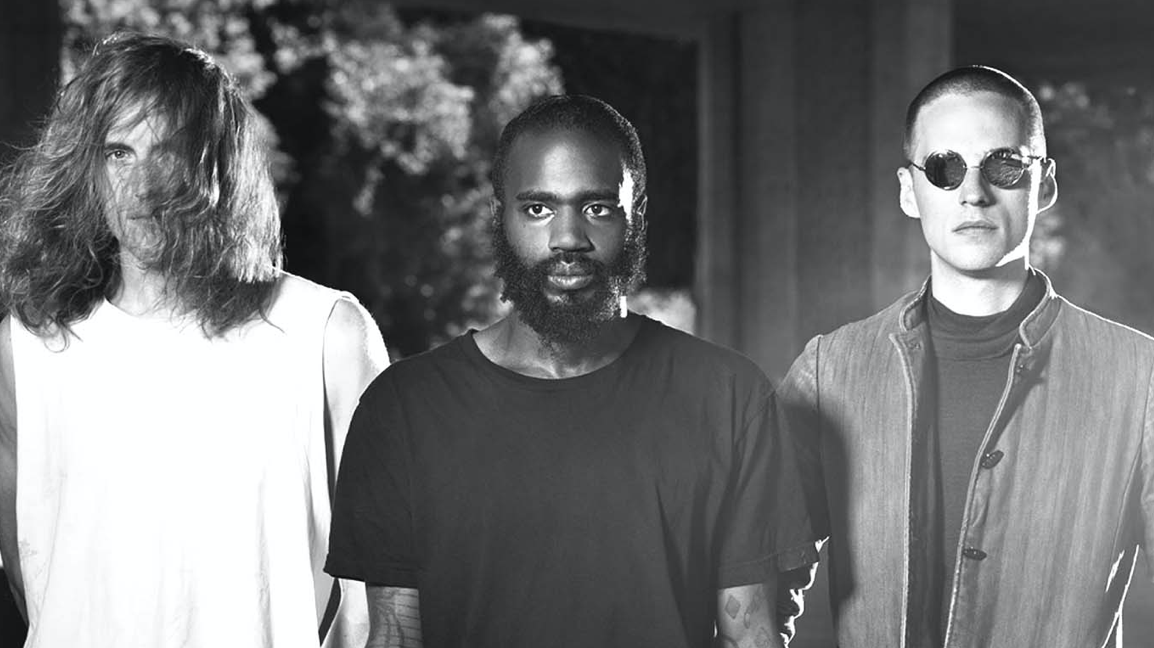 Even when Grips venture from their signature sound to more well trodden ground, they assimilate the sounds and vomit a wonderful Death Grips song. In their album, Jenny Death, Grips draw heavily from punk and rock replacing the usual abundance of synth leads with a more guitar driven focus. Beyond Alive is lead by big cock-rock riffs and punchy drums, the song’s ambient opening is quickly contrasted by the bouncing booms of the beat and the shredding guitar. Death Grips’ newest release, Bottomless Pit, is another of the bands catchiest releases with tracks like Spikes, Bubbles Buried In The Jungle (another mind warpingly great track) and Trash. However, Eh brings a relatively relaxed reprieve with a basic beat and wobbly synths and pops which would seem more at home on a funky EDM track. A far cry from the grinding chaos of other Death Grips tracks, it is still inarguably great. In fact, Death Grips’ considerably large discography is extremely diverse, contrary to what a new listener may think. The Money Store is the group’s version of a pop record while No Love/Deep Web focuses on electronic music. Fashion Week is a completely instrumental album with Niggas On The Moon being the groups most abstract and bewildering project.

Yet it’s not just the underground that have embraced the Death Grips sound. Kanye’s Yeezus is heavily inspired by hardcore industrial (admittedly a bit of a kiddy pool compared to the plunge of Grips). Even greats like Bowie have seen their potential, listing Death Grips as a major influence in his final release, the fantastic Black Star.

Death Grips are on the rise and only getting stronger. For all the discomfort you might find in listening to Death Grips for the first time, persist. Their brand of sheer aggression and visceral grinds, screeches and shouts are without doubt some of the most dynamic, energizing and rewarding music being released today. Look past the discordance and confusion and you’ll find beats, samples and hooks that will stay in your head much longer than any nice tropical house drop.