Ahead of the arrival of the Levi’s® Music Project in Liverpool, James Zaremba runs through why such initiatives are vital to the future of the city’s musical output.

Leaders of the project have previously included Skepta, Everything Everything and Birmingham rapper, Mist. To apply, check out the link below!

Once in a while, often when the music industry feels oversaturated with flimsy, vacuous inanity, a catalytic artist emerges. One who defines the music and the mentality of an entire community.

Crafting new sounds from their own lived experience and taking inspiration from a melting pot of genres ingrained into their artistic identity; musical innovators the likes of Skepta, Everything Everything and Mist have all carved inspiring sonic pathways into the future.

This honest, innovative approach has seen their music impact upon audiences around the world. Their sounds have a truly global feel, yet are rooted deep within their own identity and culture. Working alongside the Levi’s® Music Project, these artists have all committed themselves to the nurture and promotion of exciting young musicians. 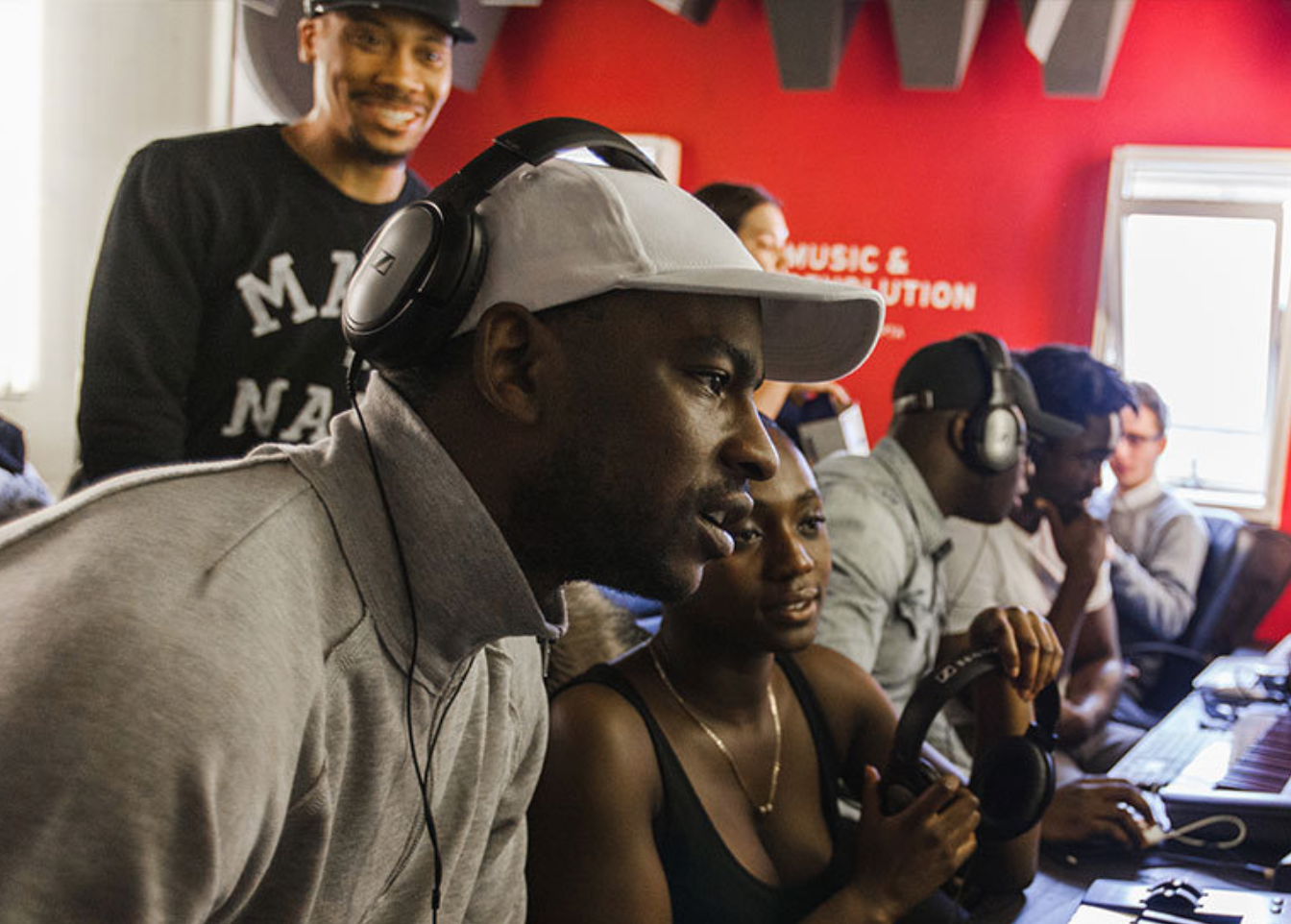 So let’s talk about grime!

It’s impossible to talk about the staggering global rise of grime music without mentioning the name, Skepta. Fusing garage, dubstep and rap music, he made Tottenham’s Meridian Walk council estate a household name among teenagers and millennials alike through his open and colourful lyricism. Alongside a cohort of young, hungry emcees the likes of Wiley, Dizzee Rascal and his brother, JME, Skepta told the story of life as a marginalised black male living on an inner-city council estate in a way that has transcended his local community, international borders, and even the English language.

The most innovative artistry often arises from the boldness that comes from within, rather than forces that materialise from outside one’s own community. Telling stories about self-determination, black identity and life on a British council estate, Skepta spoke not only for himself, but for the world in which he lives. Through his mentorship, he worked to empower other young artists to find their voice.

Over the past couple of years, Skepta, Everything Everything and Mist have all teamed up with Levi’s® Jeans to share their stories and educate a new generation of young musicians through the Levi’s® Music Project.

Now, for the very first time, the initiative is coming to Liverpool. Teaming up with Liverpool Football Club, Liverpool Sound City and the Liverpool Lighthouse community and arts centre in Anfield, Levi’s® are preparing to open another Levi’s® Music Project Studio, aimed at providing young musicians with a unique opportunity to develop their raw talent into something that could change their lives, and the sounds of the city forever.

Over the course of the project, the musicians will be given the opportunity to engage in various masterclasses and workshops with artists and industry experts, with the first milestone being an unforgettable performance at the Sound City music festival in May 2019.

As with previous projects, Levi’s® have invited a very special guest to guide the successful applicants through their journey. With more to be revealed very soon, this artist is not only an incredible storyteller, but is one who holds Liverpool close to their heart.

So what does this mean for Liverpool?

As a city, Liverpool currently has very little by way of artist development programmes. Recent discussions surrounding the formation of a Liverpool City Music Office have often focused around a lack of grassroots opportunities for young artists.

Whilst initiatives within the city do exist, with LIMF Academy, Sound City and the Merseyside Arts Foundation excelling in their mentorship of young local talent, opportunities for up-and-coming artists still remain scarce and fleeting at best. Back in April 2017, Craig Pennington of local music magazine Bido Lito! argued that Liverpool “needs to invest in open source resources for collaboration and wider development of the music ecosystem.” For too long, the city has leant on its famed musical history as a driving force for tourism. The future is in the artists making music today, yet the infrastructure to nurture this is currently lacking.

Throughout his career, Skepta has painted vivid lyrical picture of life in North London. So too, Liverpool has its own story to tell. A story that is crying out to be told by the singers, rappers, producers and instrumentalists of the future. The Levi’s® Music Project will build upon talent bubbling inside those without access to the guidance or resources to hone their talents, offering an exciting new opportunity for Liverpool as a music city.

The programme is completely free, and applications are now open!

The best part? Not only does the Levi’s® Music Project offer those engaged in the project the opportunity to learn from a world class artist, but they ensure that the studio remains open to all in the years to come. The Liverpool Lighthouse arts and community centre will form the hub of the entire project, and will house the state of the art music studio. A fitting engagement with the centre’s 20 year history as an inspiring, up-skilling focal point within the Anfield community.

The Levi’s® Music Project can play a fundamental role in amplifying the sounds of Merseyside – turning the speakers up and facing them towards a worldwide audience.