Brought to you by record collector and DJ Grace George, Label of Love is a series that tells short histories of music labels & their legacies. For this week’s Label of Love, we travel to Jamaica to look at dancehall label How Yu Fi Sey Dat? founded by “singjays” & producers Anthony Red Rose & Anthony Malvo. 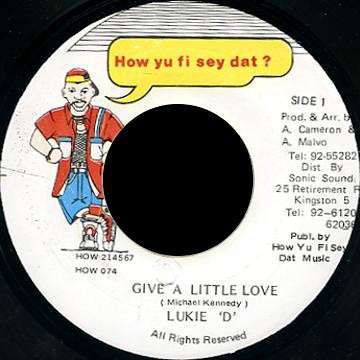 How Yu Fi Sey Dat was a significant label in Jamaica that helped propel the careers of dancehall artists in the 90s including major stars Beenie Man, Bounty Killer, Sean Paul & Simpleton, with most releases introduced to the world on the 7” format. The label remade & rehashed classic Jamaican rhythms for new 90’s hits whilst also releasing their own, becoming very popular in the dancehall scene. I’ll let the experts Reggaepedia break down a brief history of the Jamaican “riddim” down for us…

“Riddim is the patois spelling of rhythm. Within reggae it is used to identify a backing track that is used for more than one song. The use of specific backing tracks for various songs is peculiar to reggae, it started in the mid 60’s in the ska period but grew massively with the emergence of dancehall in the late 70s/early 80s…

The earliest uses (and to some extent later ones too) were probably just intended as ways of saving money by having two different songs whilst only having to pay the house band once By the late 60s the practice was becoming far more widespread, this also coincided with the growth of the version side, being in the first instance a plain instrumental version of a vocal tune and later a dub version. 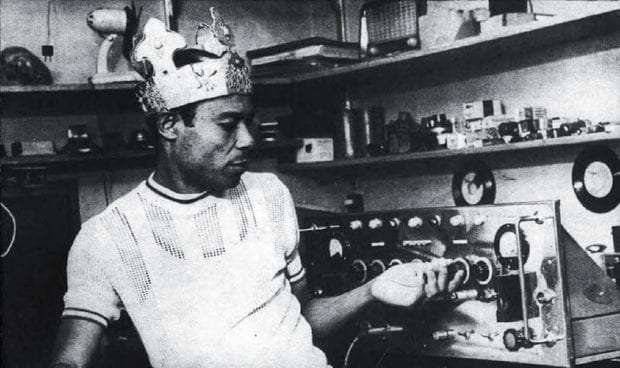 The popularity of certain songs and the rhythms they were performed on encouraged producers to re-record these rhythms so the new versions could be released on record. A riddim can have just a couple of songs on it up to several hundred in the case of the most popular ones such as Real Rock, Stalag and Sleng Teng.”

For a visual insight into Jamaican & British dancehall style of the 90s, check Wayne Tippett’s photography work out as he dances his way through Kingston & London.

Mysterious dancehall group L-M-R absolutely tearing into the nursery rhyme The Animals Went in Two by Two on the Hypie Typie riddim. Madness!

One of the original & main samples in Shy FX’s & UK Apachi’s 1994 jungle mega-bomb Original Nuttah is Antony Red Rose’s first big digital dancehall hit Tempo. Reissued on his own label on 45″ in the 90s, it’s as ruff & ready as its junglist offspring and the first outing for the Tempo rhythm.

The track was original released on King Tubby’s Firehouse label, with the dub master Tubby on production after reopening his studio in ’85. According to Reggaepedia: “King Jammy‘s omnipotent digital rhythm, Sleng Teng had been released quite recently and this was Tubby’s response. The rhythm was built with Casio CZ-1000 and Yamaha DX-100 keyboards and for the drums he used an Oberheim DX drum machine… The title of the original cut (and thus also the rhythm) came from a misinterpretation of what Red Rose was singing on his song… Temper was misheard and became Tempo.”

Sadly King Tubby was to be ruthlessly murdered outside his Kingston home four years later in 1989, but Tubby’s genius & rhythms lived on in its many styles with this Tempo riddim spar one of the greatest jungle tracks ever made.