Brought to you by record collector and DJ Grace George, Label of Love is a series that tells short histories of music labels & their legacies. A recent trip down under before coronavirus struck is the continued inspiration for this week’s Label of Love, as Grace takes a look at another Melbourne indie in the shape of Butter Sessions. 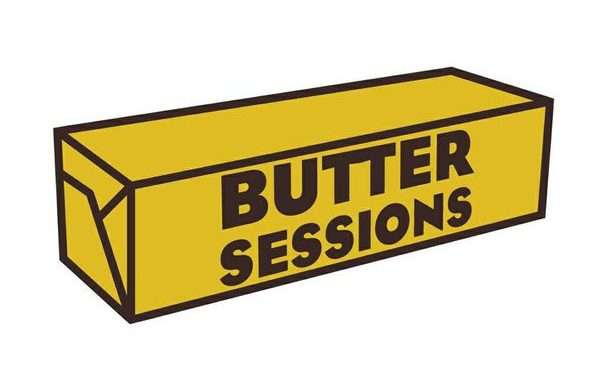 The record label Butter Sessions came to fruition in Frankston (the same birthplace as the recently researched Vicious Vinyl), an outer suburb of Melbourne. Founded by friends Corey Kikos & Maryos Syawish as a music blog and mix series, the label’s first release slid into the butter-sphere under the duo’s alias Sleep D in 2013.

Butter Sessions’ records delve into the dubby deep-house, breakbeat & techno spheres, often with a slither of jungle and acid in the mix. Sound & vision are on equal par for the label-founders. Every design detail is considered: varying logos of cartoon mascots, screen-printed tees & riso inserts are synergistic with the sounds of Butter Sessions. In Swayish’s words: “We’ve always just been trying to make the artwork look like the music sounds…”

The Frankston pair started making edits & DJing at house parties as teenagers, buying their first synth aged 17. Launching the BS blog was a way for two boys from the ‘burbs to connect, share and learn with other electronically-inclined minds. Moving to the big Melbourne smoke led to the first Butter Sessions parties & new Sleep D productions. Sleep D spoke to Carhartt about it in 2018:

“…Supporting Australian music and the scenes around it has become one of the focal points of the label. Originally we started the label to release our own music and then more and more friends were starting to produce amazing stuff. They were unsure of their music’s strength and we wanted to give them an outlet to share it around the world. When we started the label side of Butter Sessions, around 2013, there weren’t many, if any, record labels pushing this sound in Australia.”

Long-term collaborators/pals Cale Sexton, Roza Terenzi, Furious Frank, Dan White, DJ Fett Burger + more have had multiple releases on the label under different guises over the years; a chosen family affair with a focus on the eminence of the local Melbourne scene. Whilst other Australian artists moved to Europe, hoping to develop their careers, Butter Sessions wanted to change that pattern, which they discussed in 2018 with RA for their Label of the Month feature:

“We were trying to become that label that could break some of these artists instead of them trying to look elsewhere. Instead of using it as a stepping stone to Europe, why not make Melbourne or Australia something that people really like looking at and being a part of?”

Whilst the world grinds to a halt during this pandemic, clubs shut and production lines gather dust, it’s hard to see what lies ahead for the music industry, let alone indies like Butter Sessions. 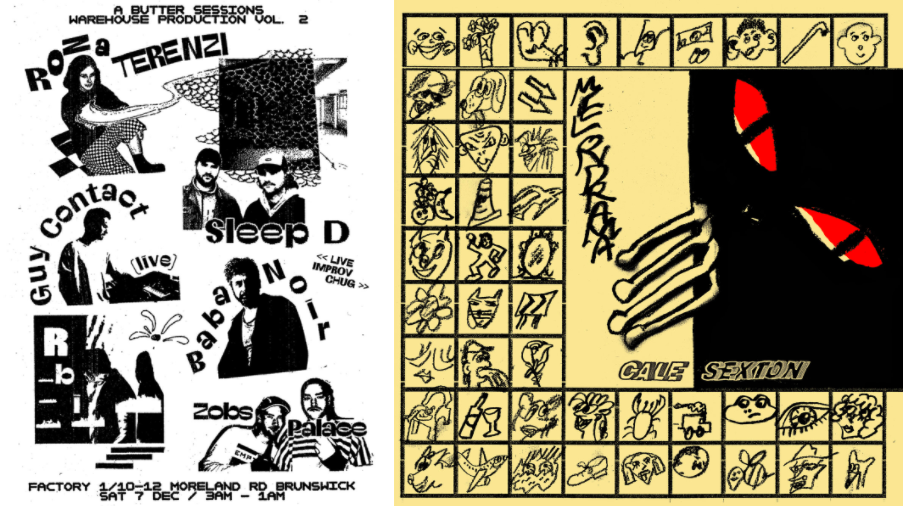 The most recent release “Come Together” out earlier in March features local & international associates, a blistering 5 track EP aiming to “bring our families together on dance floors around the globe…” With dance floors a distant memory – and an unlikely future anytime soon – hope and creativity prevails with plans for upcoming releases due for release in later in the year. Corey & Maryos also launched a generous new subscription service; an isolation special. For a mere $50 you receive a plethora of treats including their entire back catalogue and future releases as well as 20% off merch and records. We know which side we’d like our bread to be buttered on…

A celebration of current Australian underground dance music from veterans like Ewan Jansen of Perth & BS regulars Booshank, this project was released in association with fellow Aussie project Noise in My Head.

Sexton’s place within the Sleep D familia began with his DJ sets & live shows at the Butter Sessions parties. What followed was this first EP in 2016 and an album (the first full feature on the label) Melondrama in 2017. The 4 track East Link EP is a sultry cruise into Sexton’s analogue world, giving hint to the subtleties of his live hardware shows & the down-tempo side of the label.

The founders’ first studio album (released digitally on NY label Incienso but available physically on the BS Bandcamp) is an overdue long-player from the Frankston pair, demonstrating the production artistry & dance floor euphoria which their label Butter Sessions provides across the board… “While listening to ‘Rebel Force’, you feel thirty or forty years of dance music culture being drawn upon and respectfully woven together” Simon Whight, Inverted Audio.