Brought to you by record collector and DJ Grace George, Label of Love is a series that tells short histories of music labels & their legacies. For this week’s Label of Love we sail to Taiwan for a very short & sweet look at the country’s recent history & how its political landscape of the past has shaped its contemporary culture. 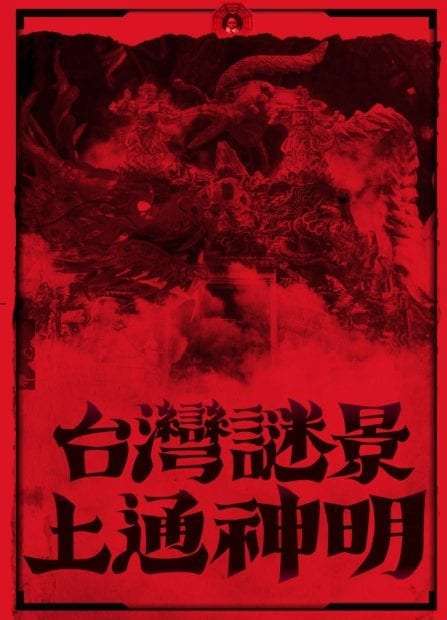 An island nation floating between the South & East China seas, Taiwan’s democratically elected government, female leader Tsai Ing-wen, acceptance of the LGBT+ community (Taiwan became the first country in Asia to legalise same sex marriage in 2019) & free media environment may be judged as worlds apart from China. Practically independent since 1950, China continues to claim sovereignty over the “rebel region” denying its membership to the WHO (despite Taiwan having one of the lowest fatality rates & quickest responses to Covid-19) and threatens its autonomy & diplomatic relations worldwide.

Taiwan had previously been under Japan’s grip between 1895 & 1945. The end of the Chinese civil war in 1945 saw the arrival of escaping “mainlanders” in 1949 led by Nationalist leader Chiang Kai-shek, who had been fending off both the Japanese invaders & Communist advancers. Years of terror & repression were inflicted on Taiwan during Kai-Shek’s leadership of the KMT party till his death in 1975, and tens of thousands of people (many were educated indigenous Taiwanese) were killed in a “White Terror” campaign lasting till 1987, a massacre similar to Mao’s Cultural Revolution.

The start of the 1990’s saw arrival of democracy in Taiwan and a major break from the tradition of repression. The censorship of music, heavily restricted during the last half of the 20th century was released from its chokehold. Songs sung in the indigenous language of Holo were no longer banned & restrictions of censorship were lifted.

“The censorship of music affected grassroots culture and, because of its non-political nature, represented the most intimidating–even though it was not always explicitly felt–impact of an authoritarian regime on people’s mentality and everyday life.”

Recent years have seen an increased open dialogue between the Taiwanese government and its people, enabling this young democracy to adapt & enhance away from the “fossilised” democratic models we live with in the UK.

Blacklist Studio which released its album Lullaby on Magic Stone in ’96 were a group of Taiwanese musicians who came together towards the end of martial law in the 80’s to rework traditional Nationalist songs. Their style is almost undefinable covering Taiwanese folk, reggae rap & rock but they did help to define a genre New Taiwanese Song; pop songs dealing with political topics & criticism which emerged after the upheavals of 1989 at the start of democracy.

Some favourites of the Chiching label include Taiwanese R&B singer LINION who studied at the prestigious Musicians Institute “determined to create the next generation of Asian soul music.” LINION released his first album Me in Dat Blue on Chiching in 2018, an ode to Miles Davis’ Blue In Green. A silky pop release with strong hints of Robert Glasper’s influence observed on every track.

Mong Tong are a Taipei band describing themselves as a ‘sample-based psychedelic trio’ self-releasing their music. A favourite has been the EP Music from Taiwan Mystery which was pressed on cassette with accompanying art book exploring some of Taiwan’s cultural & mystical attractions.