Label Focus: A brand-new monthly series exploring Melodic Distraction’s favourite labels from around the globe. For our next label focus, we take a closer look at the infamous Kolour LTD. Based between Houston & Detroit, this vinyl-only label has been kicking out some of the finest in jazz and disco fusioned house music. Take a dive into the world of Kolour LTD with a mix by co-owner Mike Whitelock, as featured below…

Founded in 2010 as a subsidiary to the Kolour Recordings label, Kolour LTD is an imprint that connects with artists across the world, aiming to bring out a broad array of styles and sounds. Whether releasing homegrown talent out of the US or reaching out around Europe to places like Belarus or Amsterdam, the duo behind Kolour LTD work with a plethora of artists, big and small, to showcase their high class taste for colourful electronic dance music: “Justin McMillen & I were running a full gambit of both digital and vinyl releases between all of our Kolour Recordings sub-labels, but really falling out of touch with the ever-changing climate of the digital world. Since our roots are entrenched within the vinyl medium, we decided to start a fun series of releases that would be exclusive to vinyl.” After reaching out to a friend to take on the first set of tracks, the label launched with an inaugural release, Sleazotica, by none other than Canadian producer, selector and avid skier, Eddie C.

The choice to push out a vinyl-only label comes from the team’s roots in deep house: “We grew up buying vinyl, playing vinyl, and of course collecting it. Quality assurance does play a role in it as well though. We feel like the tangible representation of our music maximises our ability to ensure that we’re providing the best possible quality for the music we release.” While for some people the move to vinyl-only label releases signifies a deeper reasoning, entrenched in making a stand against piracy, for Mike, as far as it goes for piracy – “I don’t care who you are, you’re never going to win that battle. Police it all you want, but in the end it’s like trying to fight the war on drugs. It’s a global epidemic; just because you’re “vinyl only” doesn’t mean anything. All it takes is one person to purchase the vinyl, rip it, and put it up on the internet and from there it spreads like wildfire. We obviously aim our music at people who appreciate tangible product(s) just as much as we do and, in the end, just hope that there’s more of them than there are pirates!”

When discussing the direction of their label, Mike finds it hard to pinpoint a specific framework for the imprint other than personal buying habits and musical tastes: “If I’m at a record store and moreover, at a listening station for instance, and I hear these tunes on a record, would I be inclined to spend my money on that record? Can I see these tunes on a piece of vinyl with KLR LTD slapped on the label center? That’s as steep as the criteria gets really. If I can ultimately answer yes to both of those questions then we need to make a record together…”

As a listener, it’s plain to see their love for jazz influenced house records. This sound shines through on releases from Belarus’ Four Walls & FunkyJaws as well as more recent ventures with Ethyene and The Last Trip To Gandahar. Mike cites some of his most fundamental influences from jazz music as; Louis Armstrong “for the story of his life”, Charles Mingus, for his ability to “strum the bass like nobody’s business,” and Ella Fitzgerald for having “one of the most far-reaching vocals the genre has ever scene.” However, Kolour’s repertoire of influences certainly doesn’t halt at jazz; “There are undoubtedly jazz(y) undertones to the music we release, but it certainly does not stop there. We also draw a lot of influence from disco as well and you’ll hear that throughout the label’s body of work.” The depth of Mike’s influences and tastes certainly rub off on the Kolour’s attention to melody; whether it be through dulcet jazz undertones in ‘One Night in Grodno’ or the deeper disco-esque cuts of Ethyéne’s ‘Truth About The Unseen,’ the breadth of musicality in the label truly stands as a testament to its name. A label full of colour. 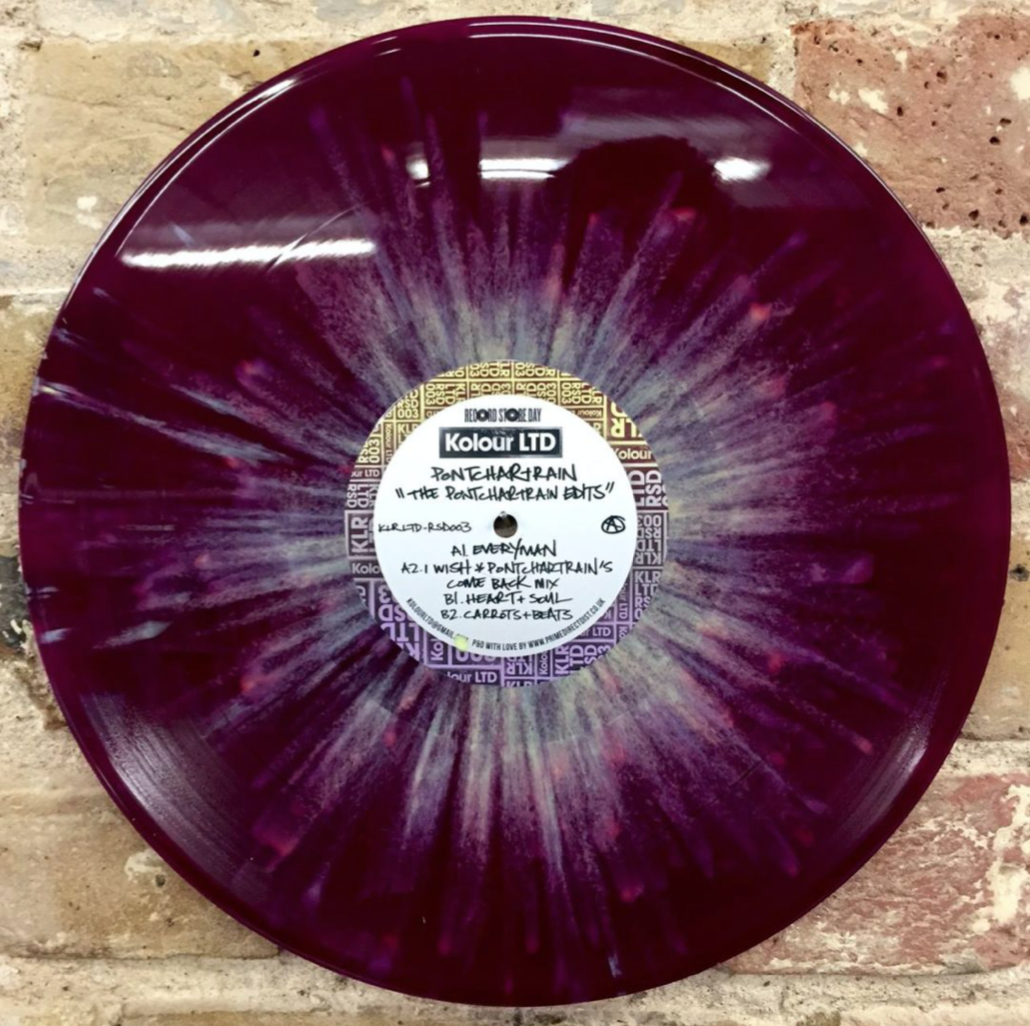 Chatting to Mike about the ways and means of tracking down upcoming release material, it appears very much to be a two way street. At one end, the team behind the label put in the graft “seeking out” certain producers that take their interest, “there are always producers I have my eyes and ears on, but to but to be honest it’s a very delicate balancing act.” At the other end of the spectrum, the team receive a vast amount of demos through from artists, all of ranging levels of experience and calbre. Coupled with the sheer amount of producers around these days, it is warming to hear how humble they are as a label: “To think that someone out there holds your label in such a high esteem to the point where they fancy you as a home for their tunes still makes me feel very honored. In-fact, the best-selling EP Kolour LTD has ever seen was from a random demo submission. So, from first-hand experience and in my humble opinion, a label should never rule out the random demo from a random producer.”

“One Night in Grodno” happened to be one of those luck finds that labels so rarely come across. Through a Facebook message, Mike received a number of tracks accompanied by brief description. After being blown away by the music, it would have been foolish to look past these two producers from Belarus. From then on both Four Walls & FunkyJaws have gone on to: “Achieve more within the scene and both their names will be forever attached to the accolade that EP has received. I couldn’t be happier for them too! To me, that’s what running a label is all about. We’ve been fortunate enough to put records out with folks from all over the globe. From right here in the USA, to the UK, Germany, Russia, Japan, and all the way down under to Australia & New Zealand. There’s great music that exists in the most obscure of places and uncovering is the most exciting part of what we do.”

As we move into 2017, Kolour LTD is set to grow to a ripe 13 years of age with the fundamental vision still as intact as it was back when they started, only maturing and developing as they move forward with the underlying aim of continuing to push out music with as much variation to the previous release as possible. “The ‘goalposts’ for us are just always trying to keep things varied up. Giving that the person spends their hard earned cash, as much bang for their buck(s) as we can possibly provide is the most important thing. Whether it’s from a well-established producer with tons of production credit to their namesake or a couple of unassuming guys from the most unlikeliest of places .. in the end it definitely takes ALL kinds!”

A personal achievement for the team has been their recent Tale of 2 Cities release, a 3xLP box set that took 18 months to piece together. Despite the title, one that alludes to duality of Detroit and Chicago as epicentres of house music, the tracks cut into this tri-set of wax is of a global perspective on deeper grooves. Leaving no stone unturned, the record works its way around the globe, featuring tracks from Bristol based Admin, Dutch duo FOUK, Canadian legend Eddie C and French funk editor, Patchworks.

Looking forward, Kolour LTD is getting even more colourful: “We feel like we’ve got some pretty exciting things in the pipes and we’re really looking forward at getting it out there. LTD 10’s will see its 6th release from ‘The Last Trip To Gandahar’ followed by 007 from Daniel Leseman, and 008 which will mark the return of our good friend and label stalwart – Funky Jaws! There’s always more stuff on the stove, but I don’t want to give too much of the hand away in one sitting…”

As Mike dwells on some his favourite signings to the label, the question of dream bookings comes up with a simple answer. Normally a question that might require a bit of thought is really quite an easy one to answer…Motor City Drum Ensemble: “We’ve always been fans of Danilo’s and have followed him religiously throughout his rather decorated existence within music. His gift of groove is simply uncanny and has always ticked all the right boxes for us. Unfortunately, for a label like ours his services have been mostly unattainable (and don’t think we haven’t tried a couple times over the years!) Nonetheless, we will continue to be counted amongst Danilo’s many supporters across the globe for as long as he continues to bless us with his music.”

It was eye opening to chat to such an in interesting individual, running one of the most cutting edge dance music labels around today. The ability to keep up with an ever-evolving scene, full to the brim with young pioneering producers such as The Last Trip To Gandahar, Admin and Paxton Fettel, as well as a strong list of veteran heavyweights including Bicep, Rick Wade & DJ Sprinkles is a testament to their continued hard work over the years. Selecting artists to represent your label is far from easy in the current climate; a vast array of labels inhabit our online music networks. To revert back to the physical age of record collection and continually break the mould, release after release, stands alone as an indicator of the quality of the musical ethos embedded in Kolour LTD. You can purchase the label’s latest release on 20th April. Keep your ears to the ground for an exclusive premiere on Melodic Distraction from April 11th.