Based in their adopted city of Liverpool, Fly High Society is a creative collective of producers, DJs and artists from Ireland and the UK. We spent an afternoon in the studio with label boss, Bolts as he showcased some new Fly High releases alongside a whole heap of killer selections. In between records, we got chatting about the story behind Fly High Society. Hit play on the mix below and read up on one of the North West’s best collectives…

So how did Fly High get going? Was there a particular reason for setting it up?

It really started when myself & Bosco (SertOne) crossed paths through DJing in Liverpool, and realised we were both very much into the same niches in electronic music that weren’t being represented in the city (as far as we could see) at the time. That was around 2009, and we started off jamming in John Moores’ studio spaces (where Bosco was studying) – doing live broadcasts and recording mixes, before deciding to take it a step further and start a clubnight that showcased those leftfield electronic styles that we loved.

Django’s Riff were kind enough to give us free reign of the bar and a small budget to book acts for a while. We had people like Illum Sphere, Letherette & Eclair Fifi come through and play some pretty mind blowing sets to small but appreciative crowds. As the years have gone on, we’ve made more connections in the music world that have extended far beyond Liverpool, so it’s grown into more of a collective of artists. We want to shine a light on some of the great music & art our friends are making and give them a platform to be heard and seen by a larger audience.

It’s important that what you do is rooted in friendship and mutual appreciation. As you initially started out as DJs, has this created a particular focus when doing things with the label and radio show? 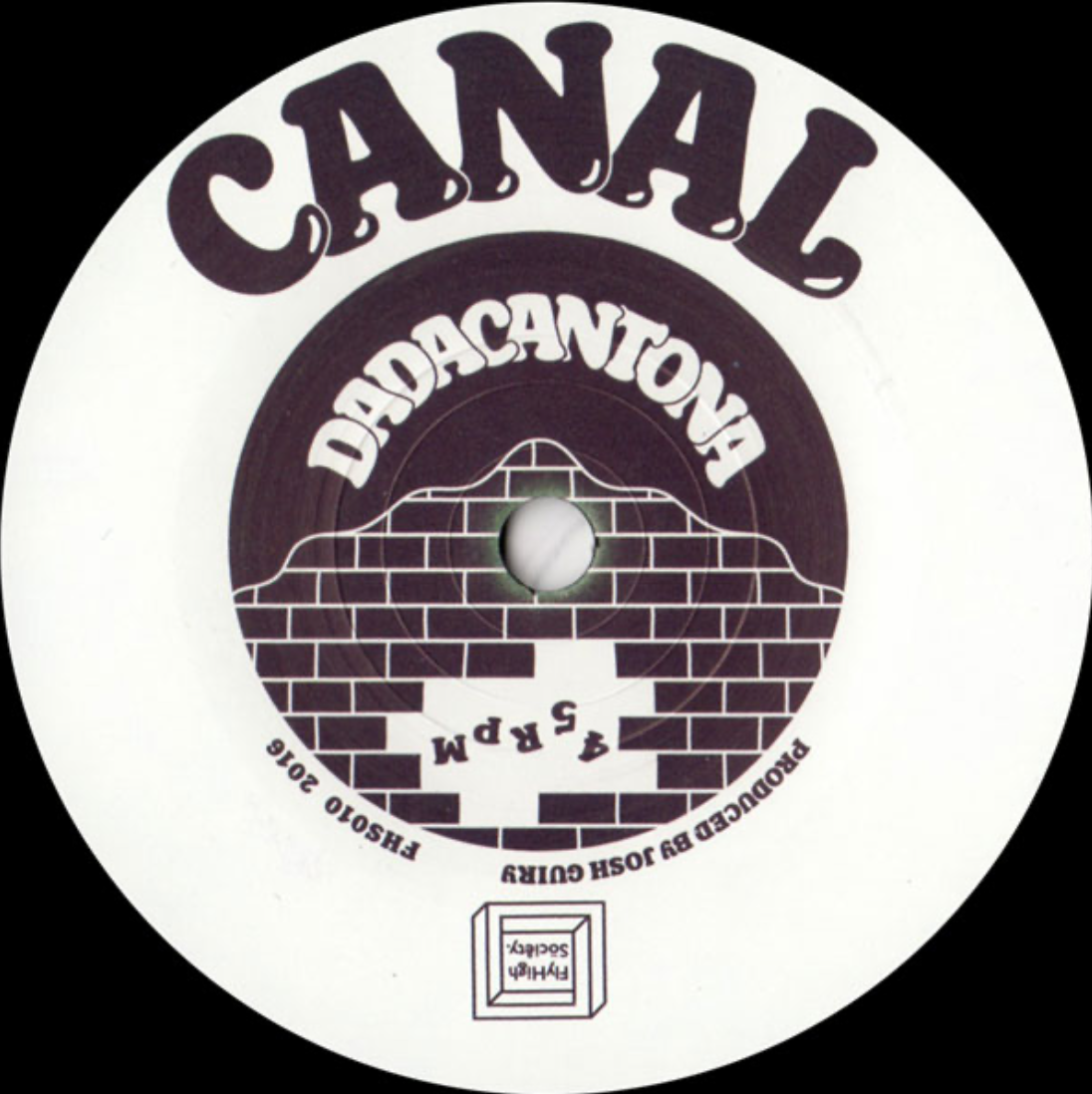 There’s never been too much of a club-centric focus at Fly High; a lot of the releases we put out have been mixtapes on cassette that have had a theme or narrative, which is obviously more intended for the headphones than the dancefloor.

We’re definitely aware of “that world” and our latest release by Contours/Dada Cantona was much more club-oriented, so it made sense to press it up on vinyl and get it out to DJs. It’s had a great response and we’re keen to put out more of that kind of thing, but the focus of Fly High has never been strictly on the party scene. Likewise in the radio shows we have a really diverse set of residents, ranging from the bass heavy sounds of Jon1st and Not Your Girlfriend that are no doubt club-friendly, to Dada Cantona’s show, which takes a theme (Cities, Art-Aesthetics and so on) and sees him take us through an intellectual discussion on the given topic, soundtracked by a really diverse collection of sounds – anything from Freeez to Madlib to Sun Ra to Harvey Sutherland!

It seems like a natural progression moving from parties to releasing and sharing music, but how would you distinguish yourself as a collective, rather than a record label or party as separate entities? Is there anything that you do differently to a record label?

I think the label thing is only really one part of the whole story, we put things out fairly sporadically and usually in quite limited runs. There’s just as much focus (if not more) on the radio side of things, which is really about creating an outlet for DJs and musicians that share our ethos. We’ll often have local artists and DJs come and play on our shows that might not necessarily be well-known, but it feels right to bring them in and vibe off each other, in turn giving them more of a platform to share their music & ideas and hopefully be heard by a wider audience. As I’ve mentioned earlier, we have a really diverse set of producers/radio hosts, so there’s the opportunity for some cross-pollination there too – I’ve always loved coming across things by accident and falling down the rabbit hole of some whole other world or music scene I was totally unaware of. Hopefully we’re giving people the opportunity to broaden their horizons in the same way.

Cross-pollination seems to sum it up. There’s such a variety of reasons why people engage with a creative collective. Mumptown is your Artistic Director, right? How important is a general aesthetic and look when you’ve got a party, label and radio show? 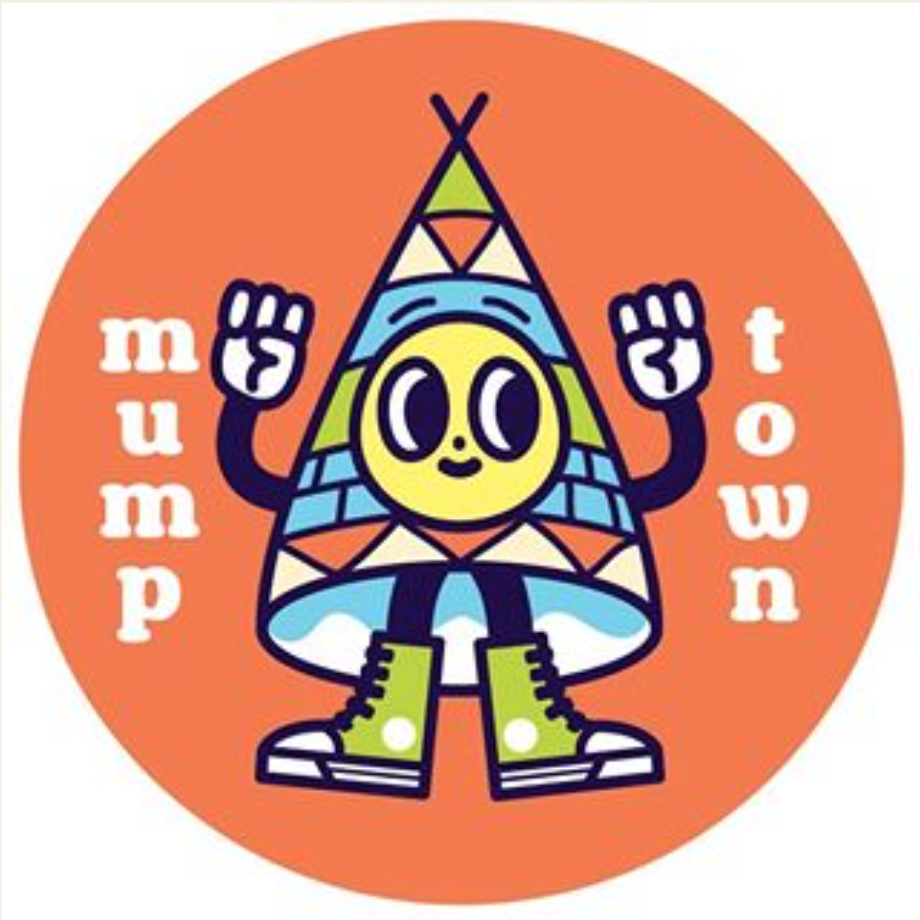 Mumptown has been a part of the crew since pretty much day one, when he saw one of our Django’s Riff nights advertised and sent us his music. We instantly loved it and got him to come play a live set before finding out he was an absolute wizard on the visual side of things too! Unfortunately he doesn’t make so much music these days but he’s been quickly building a solid reputation as one of the go-to designers for a lot of clubnights in Liverpool, Manchester and further afield (we had him first though!) It’s great to see him getting the props he deserves, and his aesthetic has been integral to Fly High throughout its life – I think his work really grabs people’s attention and the detail of his illustration draws people in to look closer, which is an important thing to have in the age where 90% of promoting is done in the massively saturated sea of social media.

We have other visual artists like Alice Pardis in the crew too that have contributed a lot of great work for album art and live visuals at events in the past. Also, fun fact, the optical illusion cube logo thing was actually designed by Iglooghost, another member of the crew with a VERY distinct art aesthetic – I think in a lot of ways it’s his madcap eye-catching imagery that helped grab the attention of Flying Lotus and get him instantly snapped up for Brainfeeder (again, we had him first!) I digress, basically I think in a lot of ways the art is just as important as the music in giving people a full aesthetically pleasing package, and we’re looking at working with more visual artists to develop some really interesting releases that go beyond just the music. 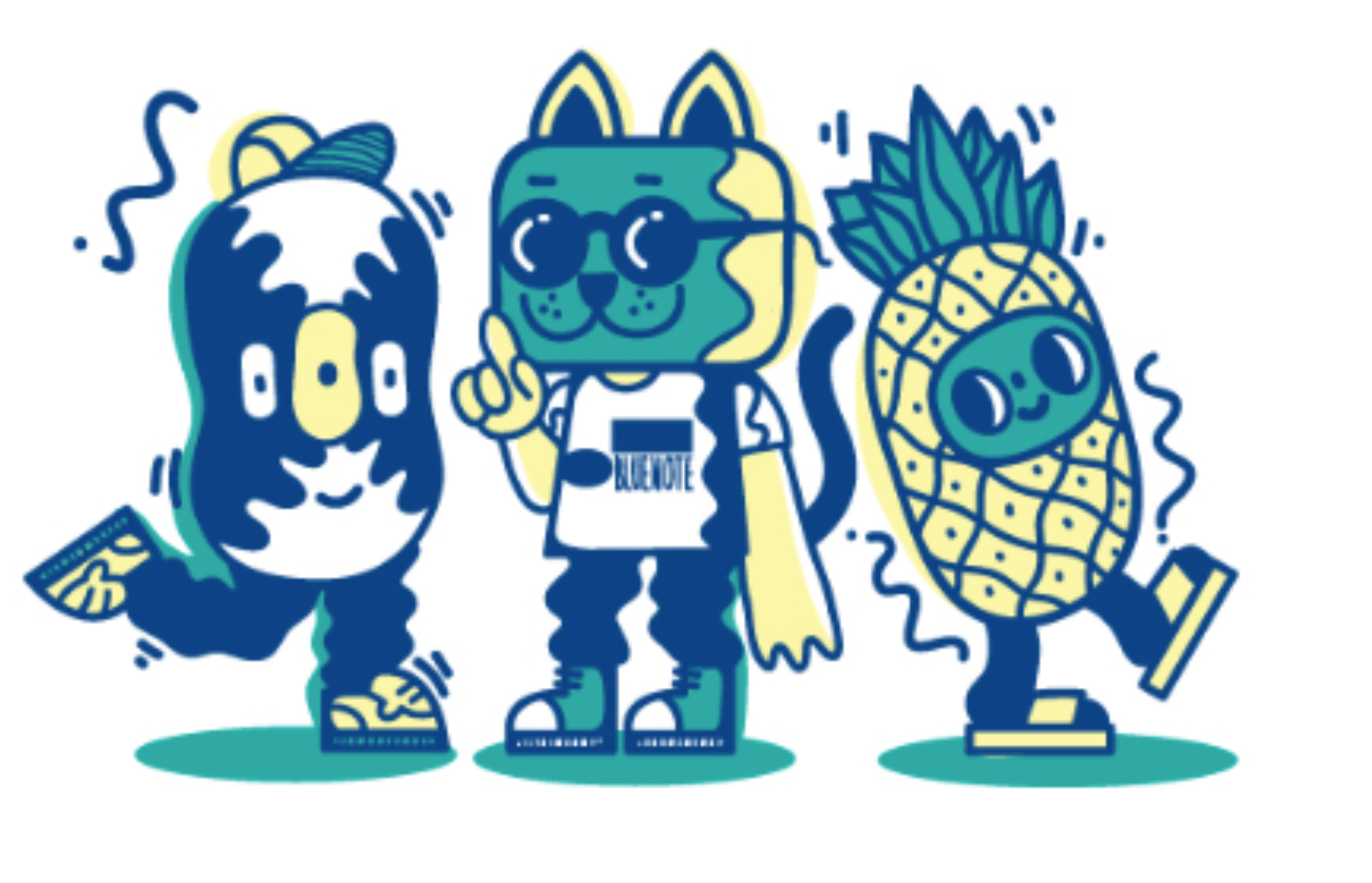 Case in point with your tagline; “Nothing but us”. You’ve got DJs, producers, graphic designers and VJ artists all showcasing their talent. In terms of your influences, how important is showcasing the music that inspires you? There’s been a movement towards re-releases of sought after records recently and vinyl, while never really going away, has definitely seen a resurgence.

We’ve always had one foot firmly planted in the past as well as the future. Personally I think it’s really important and rewarding to delve into the vast amount of music that’s available, especially at the point we’re at now where it’s so readily available and things are getting reissued left right and centre like you say.

There’s always been (and still is) a bit of a snobbishness and sense of entitlement that comes with the record collecting scene, and that’s understandable if you’ve spent thousands and thousands of pounds and years of your life hunting down rare records, but I’m of the opinion that music is for sharing, and if these reissue labels like Mr Bongo and Athens of The North are helping to level the playing field a bit that can only be a good thing. Likewise we always provide a full tracklist with each radio show we put up, we’re not into that no-track-IDs, tape-over-the-label nonsense.

As you said earlier, it allows people to drop into that rabbit hole of music discovery. Talking of discovery, is there anyone at Fly High we should keep an eye out for?

Iglooghost is destined for big things after being snapped up by the Brainfeeder lot. Monto over in Ireland always blows our heads off whenever he sends us a batch of new beats. Same with Dada Cantona, we’ve put out his first ever physical releases which is bonkers because he’s crazily talented and has consistently amazed us for years. Contours recently played me some of the new stuff he’s working on and it’s mega. Jon1st is doing things at the cutting edge of turntablism and really pioneering the way it’s used in production & as part of a collaboration. I could go on!

Anyone outside of your crew that you’ve been digging recently?

Too many to mention but off the top of my head: Tenderlonious, Bantam Lions, NxWorries, Yussef Kamaal, Sad City, Kaidi Tatham & Garth Be are all ticking my production boxes right now. I think I squeezed most of them into the mix we did for you. In terms of DJs: Jon K, Sassy J, Alexander Nut, Jay L, Kutmah, Illum Sphere – basically anyone that can blend sounds from right across the spectrum and take you on a proper journey.

It’s been nice to find out a bit more about your crew. Any future plans you can share with us?

We just want to keep growing and developing, there’s a strong enough crew of like-minded individuals that everyone’s always coming up with new ideas and moving things along. We’re looking at putting out more engaging multidisciplinary releases as mentioned earlier, as well as pressing some more dancefloor friendly records. Few more radio residents in the pipeline too.

You’ll be able to keep up with all our movements on our website www.flyhighsociety.com as well as the usual social channels online…