This Sunday, one of Africa’s most inventive and distinctive singer-songwriters Blick Bassy plays Liverpool’s Philharmonic Music Room in association with Africa Oyé and Mellowtone. 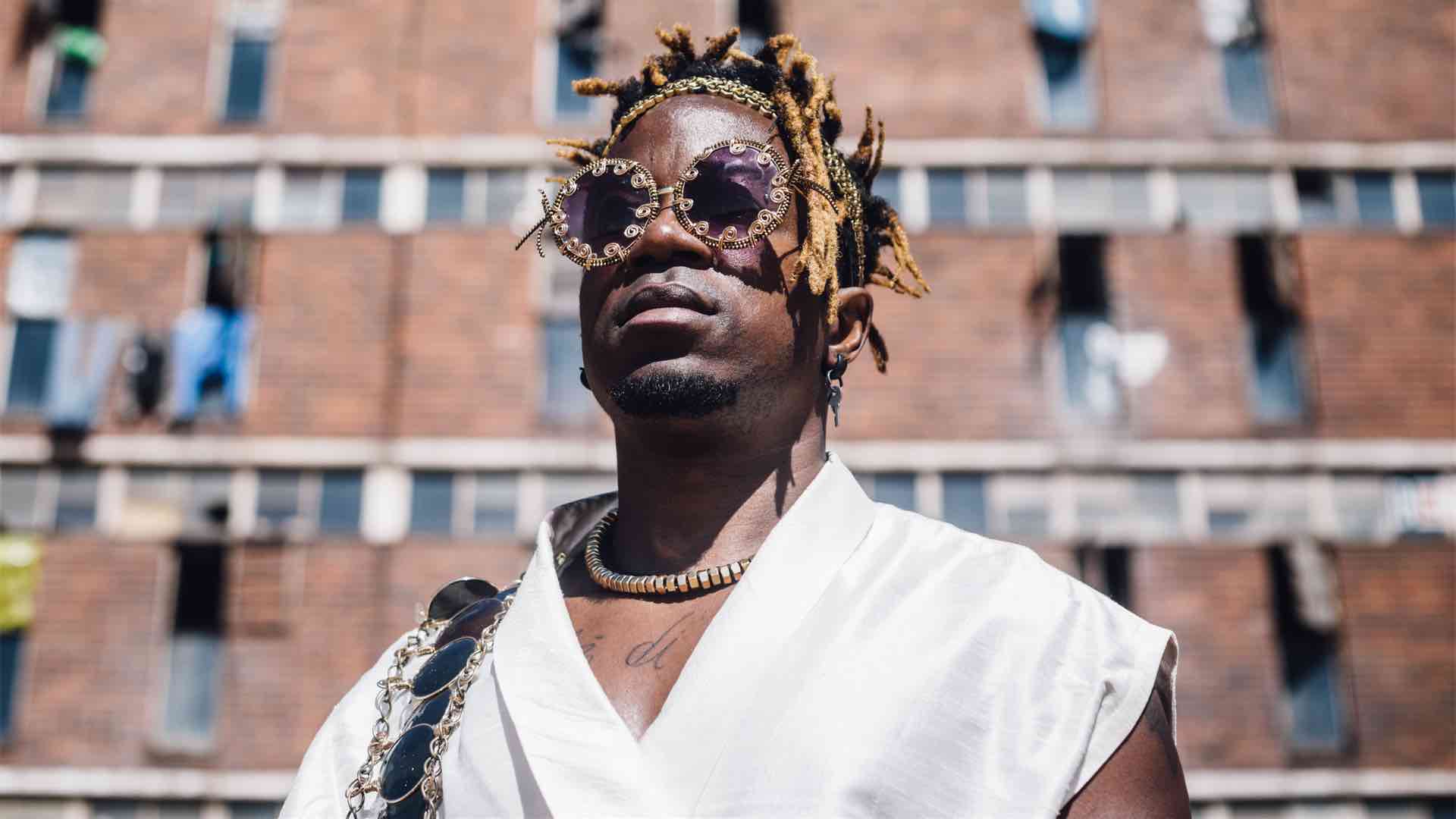 Following the acclaimed release of album ‘1958’, Blick Bassy will grace the stage with his three-piece band for a special show ahead of Africa Oyé’s 30th Anniversary celebrations in 2022. The Cameroonian singer-songwriter has received rave reviews from the likes of The London Evening Standard, The Observer and Lauren Laverne, with a defiant tribute to the heroes who fought and died for the independence of his native Cameroon. The album’s focus is specific, but its themes – the bondage of neo-colonialism, the need for heroes, the relevance of history and the search for the true identity – are universal. We’re honoured to chat with Blick Bassy to find out more about his musical story so far. Read on and join us… 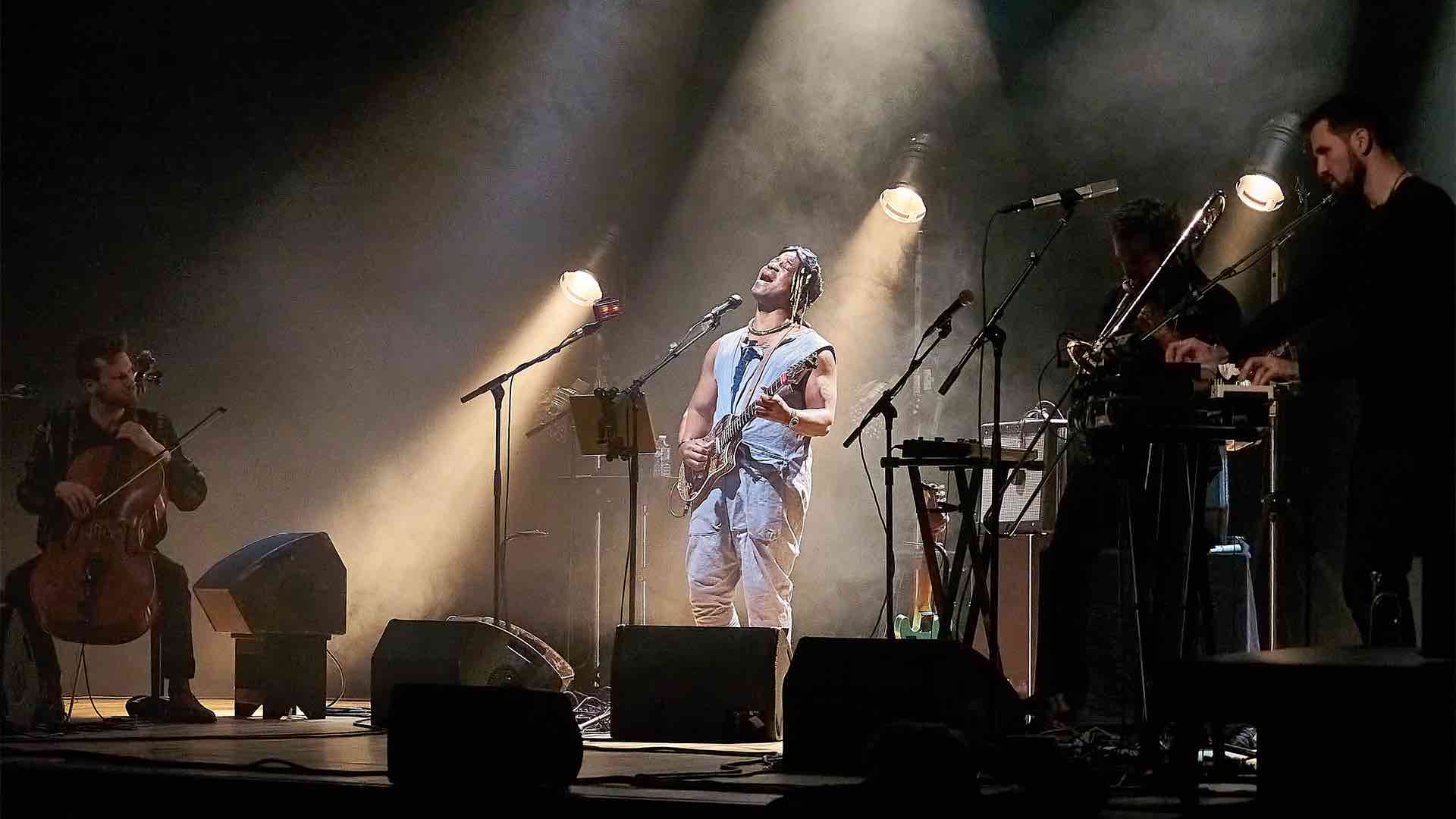 I started music very early. My father had built a church in our village, and every vacation my mother taught us religious songs that we sang on Sundays in the church. Music was passed on to me by my mother, who sang all the time herself.

Can you tell us more about the ideas behind your album ‘1958’? Would you say your sound has evolved much since your debut ‘Léman’?

‘1958’ is a tribute to the resistance fighters and freedom fighters that were Ruben Um Nyobè, Ernest Ouandié, Felix Moumié and their allies, in the struggle for the independence of Cameroon. These important figures for my country still aren’t celebrated when, on the contrary, our streets and monuments bear the names of the colonists and torturers of our grandparents. It seemed urgent to me to recall what happened; to mourn this hard period, which still impacts the current management of our states.

Léman was released in 2009. Over the past 12 years I’ve evolved a lot mentally, psychologically and musically. My perception of life has also evolved, which has obviously had an impact on my musical approach.

From Cameroon to Paris, via Brazil – do your surroundings have much of an influence on the music you make?

Yes, of course. We are influenced by our environment, our encounters that feed us and condition our creativity in one way or another. It’s also essential for me to bring something new to each of my albums, which comes from my state of mind and my perspective of the world at the moment I enter the studio.

Your visuals are also stunning – we’re in love with ‘Ngwa’ and the music video. How do you use visual art to communicate strong messages and emotions?

We now live in a world where image has fundamental importance, especially with the democratisation of tools from new technologies and media through social networking. It’s important to produce quality content to strengthen the narrative through the music we carry. The visual art also allows us to touch different audiences, by crossing arts to create a unique message.

Can you tell us more about how you use language in your songwriting?

My songs so far are all sung in Bassa. I sometimes like to add English and French words because I speak those languages too, coming from a multilingual country. I decide what works best based on the melody of the song.

How does it feel to finally be touring across Europe after the pandemic? Where would be your dream venue to perform at?

I feel lucky to be back on the road after this break and to go back on stage and meet the public. For me, this break was a good thing because beforehand I hadn’t stopped traveling. I feel recharged with love and energy, and am also reminded that I am alive because I have lost loved ones… I feel blessed.

I love to play in halls, they are always unforgettable moments.

A story about our common past, a musical journey full of emotion, an exceptional moment of sharing and a glimpse of our common future.

Join Africa Oyé and Mellowtone for Blick Bassy live at Liverpool Philharmonic Hall here, a precursor to Africa Oyé’s scheduled long-awaited return to Sefton Park in 2022. In the meantime, stream ‘1958’ below and purchase here.