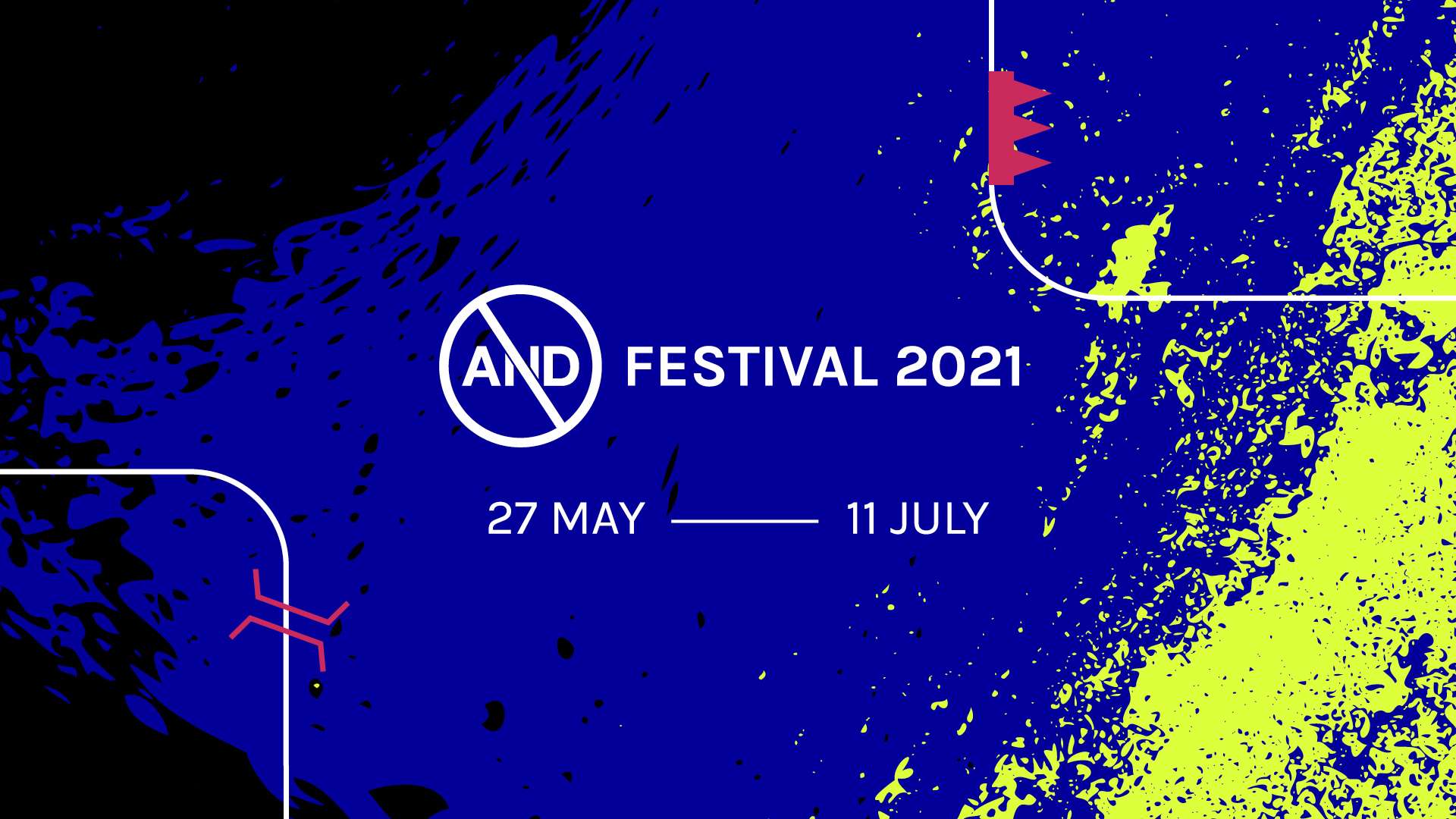 Set in a decommissioned coal-fired power station, Sarah and Aura weave together eerie aural warning and mourning to sonically haunt the space, summoning the possibility of the pause in a landscape of looming ecological emergency. The pair will be joined by writer Harry Swords for a conversation following the premiere on Saturday 10th, and will be available to watch until Sunday 11th July. The performance is one of the last events of AND Festival, following a 6 week programme of real life field trips via augmented reality seascapes, immersive voyages and floating laboratories, expanded through an online programme of artworks, film screenings, performances, talks and workshops (catch the final weekend here).

Sarah Davachi’s work is concerned with the close intricacies of intimate aural space, utilizing extended durations and simple harmonic structures that emphasize subtle variations in texture, intonation and more. With a string of albums to her bow and collaborations/performances with the likes of Grouper, William Basinski and Ariel Kalma, we’re excited to find out more about her artistry. 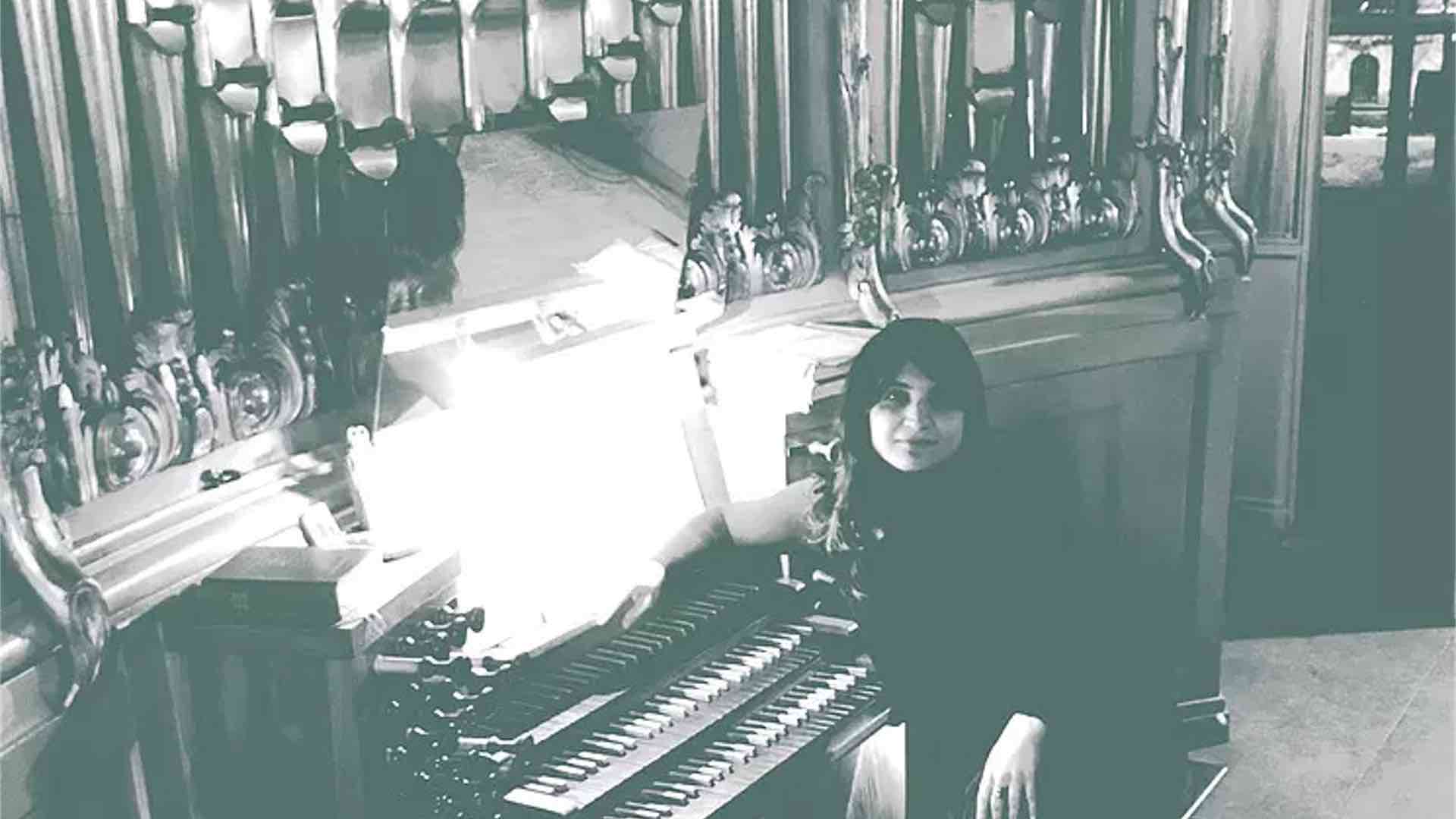 Hi Sarah! We’re in love with your music and can’t wait for ‘The Grief Interval’. How did you first get into composing?

Thanks! I grew up playing classical piano, I really loved playing Baroque and Romantic music. But when I was a teenager I hit a wall with it; there were always elements in the pieces I was playing that I wanted to hear more closely and in a different way.

In that type of music, where there’s a sort of teleological progression, the idea is not on texture and vertical harmony and those were the things that I was really interested in.  So when I was around 17, I began to feel the desire to bring those kinds of sounds into my listening world, which was a natural progression from there to making my own music. When I was 20, I got a job at a musical instrument museum in my hometown of Calgary. It was super fortuitous and I was surrounded by keyboard instruments that I had relatively free access to. When I discovered acoustic organs and synthesizers, everything clicked. The piano is not able to sustain sound in the same way, and that was a necessary aspect of achieving what I wanted to hear.

Can you tell us a bit more about the process behind making ‘The Grief Interval’?

Aura and I had a long discussion about the intentions of the film and what the visual landscape would feel like, so it was fairly clear early on what kind of sound I wanted to have. I had been fascinated by this idea of the ‘grief interval’, which historically is the connotation associated with a descending minor second interval. I’m not sure why exactly, but it’s been connected with articulations of grief, lament and mourning, and it seemed like the perfect opportunity to explore that here.

One of the main objectives in Aura’s work was the idea of re-imagining the function of a siren and that was interesting to me too. I didn’t want to create something that felt like a call to attention, the way we normally think of a siren, but something that perhaps suggests a space for grief. With all of this in mind, and given the dialectical nature of the acoustical space that I knew the film was going to be engaging with, it made a lot of sense to work with organs and church bells.

Are there any particular messages behind the film?

I think this is a question better suited for Aura, as I know she brought a lot of her ideas about the function of a siren and ecological impact into her approach to filming. For me, with respect to the soundtrack, I really wanted to emphasize this space for grieving and mourning as a real moment, and as something that can be framed as both ritual and aesthetic expression.

How do you find collaborating with other artists, particularly from different mediums?

I think I discussed this with Aura also after I saw the film – she had mentioned that setting the soundtrack to the finished film allowed her to see things in the film that she hadn’t without the music. I felt the same way, that having the visual movement and detail opened up new things in my hearing that I hadn’t noticed before. I think it can be tricky when collaborating with artists who work in different media – as someone who has frequently been billed as the ‘ambient cleanser’ to a lot of techno-oriented festivals, one of my biggest frustrations is when a promoter decides that they want to throw some visuals up while you’re performing, just for the sake of it. I really resent the idea that sound is not enough on its own, especially when it’s minimal in nature, and that it needs something more to accompany it. The same is true with film – I know a lot of filmmakers who take issue with composers wanting to add a soundtrack to something that wasn’t created with that intention, and I totally get it. But when the two are done together in a meaningful and deliberate way, there can be such a beautiful symbiosis and broadening of experience. I noticed this kind of thing first happen when I was working with Paul Clipson – he was really the first filmmaker I ever collaborated with, and I remember noticing that moment when his films would reveal to me something in my music that I couldn’t have perceived otherwise. It was such a special moment, and it remains the benchmark that I’m able to judge other audio-visual collaborations by.

What instruments can you play and how do you implement these into your musical pieces?

As I mentioned, I was trained in classical piano, so I’ve always felt pretty comfortable with keyboard instruments. I would have loved to go in depth as a child into another instrument as well, like a cello or something, but I’m actually really thankful that I have the kind of familiarity with the keyboard that I do.

The keyboard is an interface, and keyboard instruments are kind of a unique category of instruments because they are only united by the interface – at their core, in their design, they can vary so vastly. I think there’s always the assumption when you play piano that you can easily transfer that skill to playing other keyboard instruments, like the organ or harpsichord. That’s true to an extent, but each of those instruments is really distinct and understanding one definitely does not set you up to have an intimate understanding of any other. This was something that I learned through my work at the musical instrument museum I mentioned earlier; it was a really critical time in my journey as a musician and I developed a very deep respect and reverence even for the differences between instruments, what makes them unique and what their limitations are.

I’ve taken a step back from the piano in a serious way since my early 20s – I still play and practice, but it’s not really an instrument that I identify with anymore. For me, the organ (both acoustic and electric, like the Hammond B3) and the synthesizer are the two instruments that really speak most clearly to me because their design beyond the keyboard interface is completely in line with the kinds of tools that I need to make the music that I want to hear. I’ve always been fascinated by analog tape-replay instruments, like the Mellotron, and I would say that that’s another instrument that I have a very deep connection to. They all have similar features that I value, like the ability to sustain and the ability for tone/harmonic modification, but I use each one in a different way.

I have a new LP, Antiphonals, coming out in early September on my label Late Music, as well as a duo LP with my partner, Sean McCann, that hasn’t been announced yet but will come out in late October probably. I have a bunch of touring plans for September and October, and I’m very much hoping that that can happen. I haven’t played a live show since February 2020 and I’m feeling that void more than ever now. I love working on records and I like being in the studio environment, but the live domain allows me to work with long-form duration and improvisation in a way that records never will, and that’s a really important part of who I am as a musician. It’s been a real imbalance during the pandemic, so I think being able to perform live again and have that connection with other people and with sound in a physical space will be really incredible.

I’m also working on a lot of new music – I’m working on a large chamber record for 2022, with different solo pieces for organs and Mellotron, as well as some ensemble pieces that I’m writing for other people. I’m also working on a special recording project that I don’t want to give details about just yet, but I can say that it’s a string arrangement of an album that I’ve held very dear since I was a teenager.

Part of my tours in the fall include a residency that I’ve been doing with the Bozzini string quartet, who are based in Montreal and focus on new and experimental music. I’m working on a long-form piece for them and I’m really excited about it. It’s not often that I compose works for others to perform without me, so it feels like a nice change of pace to be squarely in the composer’s chair. There are a few other chamber piece commissions coming up, too.

Sarah’s latest single ‘Rushes Recede’ is out now, from forthcoming album ‘Antiphonals’ landing on September 10th. Listen and pre-order below: