Changing hands for the past few years at astronomical prices, some topping $500, Chain Reaction’s legendary soul 45, ‘Say Yeah / Search For Tomorrow’, is finally getting a long-anticipated repress.

Some records exist in a transcendental state, enduring the fleeting trends that sweep across dance floors the world over. Timeless, never-ageing, these records are often highly-sought after by diggers and deejays, regardless of their hefty price tag. Reissue labels routinely seek out the masters, the original band members or even bootleg the release, in the knowledge that they will capture the ears of an amenable audience. 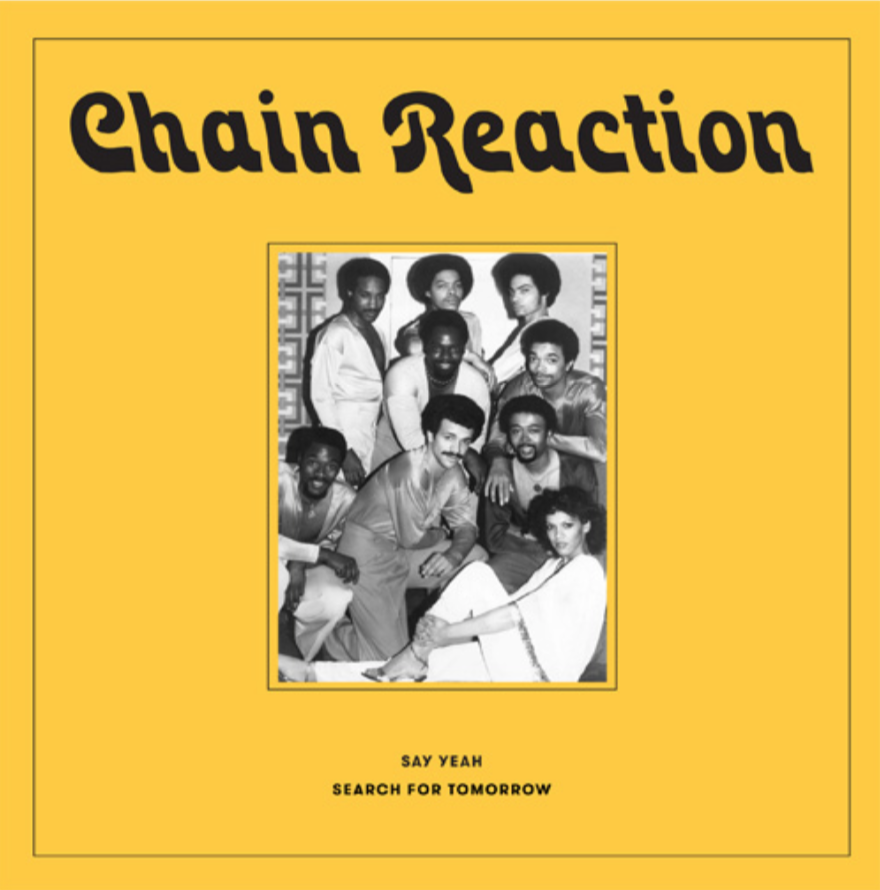 In recent years, there has been a tremendous rise in the reissue of rare modern soul records, popularised by the sets of genre-hopping DJs like Floating Points, Motor City Drum Ensemble and the relentless trend-setter, Gilles Peterson. Labels such as Melodies International, Athens of the North and Jazzman Records have all flown the flag high for a tiny epoch of rare midwestern soul, previously unattainable, or even unheard. Their archival work is diligent, bringing forgotten gems to a whole new generation of listeners, yet some releases continually prove elusive.

It is heartwarming to see then, that Chain Reaction’s downright legendary ‘Say Yeah / Search For Tomorrow’, is finally getting the reissue it so rightfully deserves – a universally-beloved classic, re-released to the world by an unlikely source; the non-profit, New Zealand-based reissue label, Rain & Shine. Melodic Distraction caught up with label manager, Jeremy Morris to find out just how a small start-up, based 8,000 miles away from the source of their debut release, found their way to a holy-grail of modern soul…

A classic, and very much in-demand slice of rare modern soul, it’s surprising that this record has never before received a reissue…

It’s a great privilege to have been trusted with this release. It hasn’t been licensed to anyone before, despite hundreds of attempts. One reason is that ‘Say Yeah’ was actually used in a B-grade Hollywood movie without permission. Another reason is that record collectors cleaned the producer out of his Bluewave 45s, he then got wise to them selling on eBay for over $1000 each. As you can appreciate, trust was clearly a big hurdle to get over.

A record that holds a timeless message, it is great to see that this soul 45 has retained such popularity over so many years.

With the divisiveness happening in the US right now, we need the message of ‘Search For Tomorrow’ more than ever! For me personally, despite having a beautiful family and 2 great kids, I can at times feel down and playing this record always makes me feel better. It’s also really a double A side record – ‘Say Yeah’ is a killer groove.

Operating under a not-for-profit basis, Rain & Shine work to return all the money made from each release, to the original artist. In this case, Chain Reaction was comprised of; Lenny Butler on drums, Tommy Copeland on bass, Jeffery Jones on piano, Johnny Jones on sax, Jeffery Mitchell & Sam Wright on guitar, Roy Spinola, Timothy Martin & Marsha Carter on vocals, and Harold and Silver Sargent on production.

For the most part we have been working with producer Harold Sargent (Sarge). He listened to all the masters and gave us a cool photo of him and his grandkids, Tiana and Dakota, who you will see appear on 500 of the sleeves in the first wave of reissue. The other 500 sleeves feature a previously unseen press shot of Chain Reaction, looking real good!

Touching on the company’s ambition, Jeremy tells us that the model for Rain & Shine is built upon a love of music, above any notions of profit making.

Rain & Shine started with a bank overdraft of $5,000 and our designer, Charlotte McCrae. Charlotte was passionate about records and offered to work at a heavily discounted rate! Ultimately, returning all net profits to artists just felt like the right thing to do.

As was the case with Darondo (BGP Records) and Arnold Moore (Melodies International), soul artists from the 70s often go unaware of their cult popularity until they are contacted by reissue labels or record collectors seeking out any remaining original pressings…Jeremy tell us that:

The Chain Reaction artists only became aware of the success around the year 2000. They say, “Thank you and hope you enjoy it as much as we did making it!”

Reissue culture is undoubtedly on the rise. With the explosion of music sharing online, and the algorithmic mediums through which countless millions listen to music,  it is interesting to find out where Jeremy believes the continued popularity of ‘Say Yeah / Search For Tomorrow’ has come…

I think ultimately DJ support is the most important determinant. That’s where it starts. However, because I work in software I’m very open to insights that could be derived from the vast amount of data out there. Initially, I had a strong view that Rain & Shine would be a vinyl-only label, however in order to maximize artist exposure and artist revenue it totally made sense to include digital too.

I would like Rain & Shine to evolve into a collective of people who value the same things we do when it comes to re-issuing music. I encourage anyone who is reading this and believes that they can contribute something, to reach out to us. Although I do feel a bit isolated being in New Zealand, where there are more sheep than people, I am blessed and grateful to have the support of key people: our designer Charlotte McCrae, and also Spencer Broughton & team from Prime Direct Distribution who truly believe in Rain & Shine’s ethos and back us 110%.

Entering the world of reissues in stunning fashion, it’s exciting to see where Rain & Shine will be headed next…

If all goes according to plan, before the end of the year you should see; two incredibly beautiful Gospel LPs, A privately-pressed DIY production from Denver, Colorado. A rare 45 from Marin County band, Energize, and a disco 12” from Deer Park, NY.

We are lucky to have been able to re-master from the original reels in almost every case!