This month, the final reading of the Nationality and Borders Bill – known as the Anti-Refugee Bill – will be presented to parliament by the UK Home Secretary. If it goes through, this Bill will allow the UK to reject an estimated 9,000 asylum seekers who are currently eligible to claim settlement every year.

London-based musical platform Pollination is launching a campaign to demonstrate support for UK based refugees and asylum seekers. Following a hugely successful day party at Tola Peckham in support of Kent Refugee Action Network, this Friday sees the release of multi-genre compilation ‘Open Culture: No Borders’. The record features a handful of incredibly talented producers from across the UK, including our very own radio hosts Mystique, Wild Forts and more.

We took a closer look at our own community here in the North West, by opening up a conversation with Manchester-based artists who also feature on the compilation: Mystique, Wild Forts, Sofie El-Harifi and Mercy System. We discuss how we can raise the importance of why, as members of the UK’s creative community, we must come together to stand against this cruel and inhumane bill, as well as the ideas and influences behind their individual tracks. 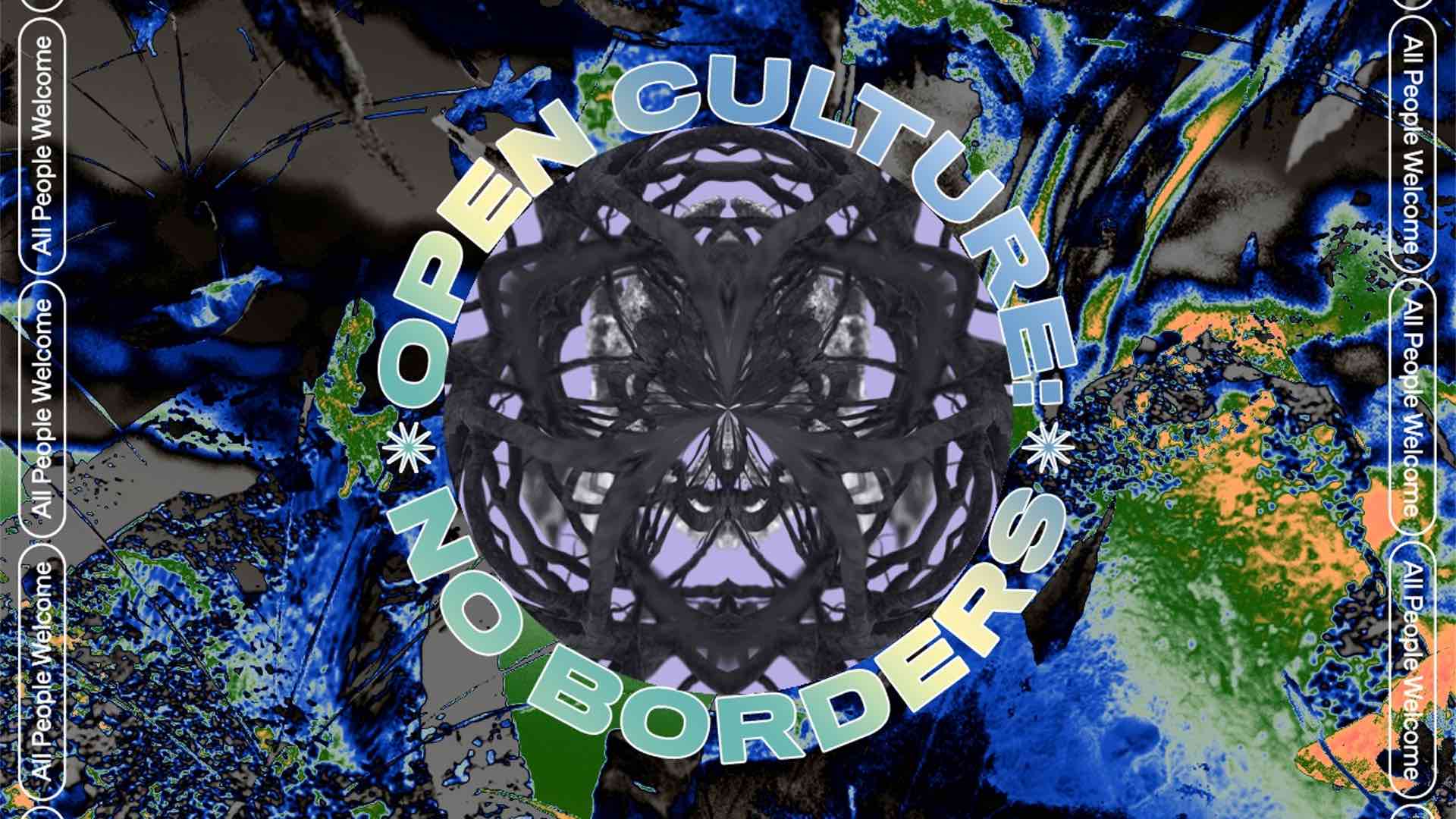 Wild Forts – When You Come Round

Who/what are your main inspirations for your track?

‘When You Come Round’ is a track formed of two halves with two different moods. The lyrics and driving energy of the first half is based on the excitement of seeing someone you haven’t seen in a long time, and the warmth that those feelings of love and excitement bring.

The second half of the song has a clear shift in mood, with the objective to create an intimate experience with a more club focus. Imagine the lights going down when the new bass line kicks in, as you’re dancing with the person you’ve been looking forward to seeing so much.

In order to link the two different sections of the track together, I retained percussive elements from the first half into the second half.

If the bill goes through, what impact do you think it will have on our national dance music scene?

If the Nationality and Borders bill were to pass, it can surely only have a detrimental impact on both our national dance scene and UK culture as a whole. Without previous generations of migrants bringing soundsystem culture with them when they graced the UK, we would not be dancing to 130/140 and all the other styles that are a part of our national identity. Music and creativity is based on exploration and learning from each other. There can be no cultural benefit to music by restricting the influences that we hear in our important dance scene.

What ideas and themes are you exploring in your track?

Over the past year, I’ve been quietly dipping my toes into music production. This track is actually a developed version of something I put together when I was soundtracking a documentary about the SWANA+ (South West Asia and North Africa) youth diaspora. That’s why the string-pads sound quite cinematic and building, but kind of melancholic – because the diasporic identity often occupies an uneasy middle-ground between home and away.

When I did come back to it, I was thinking a lot about my own family history and how I related to the project itself. My Polish side were all refugees in World War 2. Their experiences were brutal and something I, as a born-and-bred British National, probably won’t ever fully understand. However, my Moroccan dad came to the UK on his own during the 90s hoping for more financial security. Their experiences of settling in England have some similarities, but also huge differences.

Nobody in my immediate family would ever say they felt truly British or English – including myself. That’s pretty much where the track’s title comes from. Most diasporic people will know how loaded the dreaded ‘where are you from?’ question can be, as I suppose the title is my personal answer. It’s complicated and convoluted, stretching across at least 2 continents, but grounded in one of the most culturally diverse pockets of the UK. And that’s something I’m really grateful for.

How do you think we can better support refugees at a grass-roots level?

I always think that the best way to enact social change is to join an organisation or trade union that’s already doing good work and could use the help. There are so many volunteer-led community centres, food banks and language classes across the UK, and they’re struggling. Whether you’re time-short and cash-rich, or the reverse, there are often lots of ways to get involved beyond just donating money. It’s something I myself struggle to find the balance between working, studying, music and everything else. But, I feel like it’s important not to just stop at discussion and actually practice what you preach. I also think it’s important to think about both immediate support and long-term structural campaigns. I’ve listed just a few of the ones I rate below, but it’s often far more effective to offer your time, resources or services somewhere local to you.

What message(s) are you hoping to communicate through your track?

I wanted to create a dark and rolling track that had a natural swagger and confidence to it. The sample is Jamie Foxx in the film Collateral, and it’s from a part where he finally gains confidence in this highly stressful situation. He ironically quotes the antagonist and flips it. I love that part – I felt it suited the beat and I hope it gives people confidence to move their feet and nod their heads. Idk, the tune was just me moving around South East Manchester at night, driving around listening to things like the Keysound or Swamp81 Rinse shows.

Why do you think it’s important to fight against the Nationality and Borders Bill?

It’s extremely important that we don’t forget that every human being deserves to at least live a life and be happy. These are people’s children, parents, brothers and sisters. Even though this government and others before it have tried to erode the humanity of refugees and asylum seekers, this must be addressed. The reason I’m here is thanks to members of my family seeking asylum from oppressive regimes by coming to the UK and making a life here. These are real people and they matter; they bring culture, art, music and life with them. We must make it safe to seek asylum in the UK instead of forcing people to risk dangerous journeys.

Mystique – Here For You

What’s your process when writing a track for a compilation? Do you approach it differently to writing for yourself?

Really, it varies from compilation to compilation. For this one I had only a couple of weeks to write. I wanted to make something fresh to rejuvenate my creativity, so I needed some ideas I could bounce out fast. To begin with, I normally listen to a few reference tracks for some inspiration. Then I go into session view to jam out the different components. Session view is my real go to at the moment, whether it’s for myself or for a compilation. I feel like I can get a real feel for how things should arrange in the piece. If I write for myself there’s certainly less pressure to meet deadlines. When I do, I like to flesh out first drafts then the next day start exploring a new idea, especially after a stint of writing for compilations. This is a good way to keep things interesting. I usually go back to the drafts a few weeks later and really take my time in building on them.

How do you think we, as members of the UK’s creative community, can convince those who may support the bill to otherwise fight against it?

I think educating one another through conversation is important. It can be really hard to approach someone against the bill in a levelheaded way, especially when there are emotions attached to the issue. However, patronising and pushing your opinion onto them will only lead to gridlock. I think reminding them of compassion, the roots of the creative community and the importance of fairness and dignity is crucial. Continuing to raise awareness as a collective of individuals holds more power than we realise. There is the potential to share personal stories – how have we all got here? How has this amazing creative community been able to grow? One answer is through diversity and a blend of cultures. Some people in our creative community have experienced being refugees themselves, and others are the daughters, grandchildren or great grandchildren of refugees. Without them, our world as we know it now doesn’t exist. Through realising this, I would hope those against the bill would change their viewpoint.

Open Culture: No Borders is out this Friday 4th November, with 100% of profits raised going to Kent Refugee Action Network (KRAN). In the meantime, check out three exclusive tracks from the compilation below: