We jump out of Liverpool for a hot sec and into Sheffield to chat with British-Khmer DJ, Kom Kom.

Founding member of Sheffield’s Barang! Collective (party music from wherever), Kom Kom has brought ‘East Beat’ to Melodic Distraction – an exploration of music from East & South East Asia and the diasporas. As well as guesting for Hong Kong Community Radio and Vibrations Radio, Kom Kom is a resident DJ for Rebel Soul at Shambala Festival. She plays many different things, including soca, ravey-bassy house (which isn’t really a genre), and hard techno as KKTA. We find out more about where her career first began below… 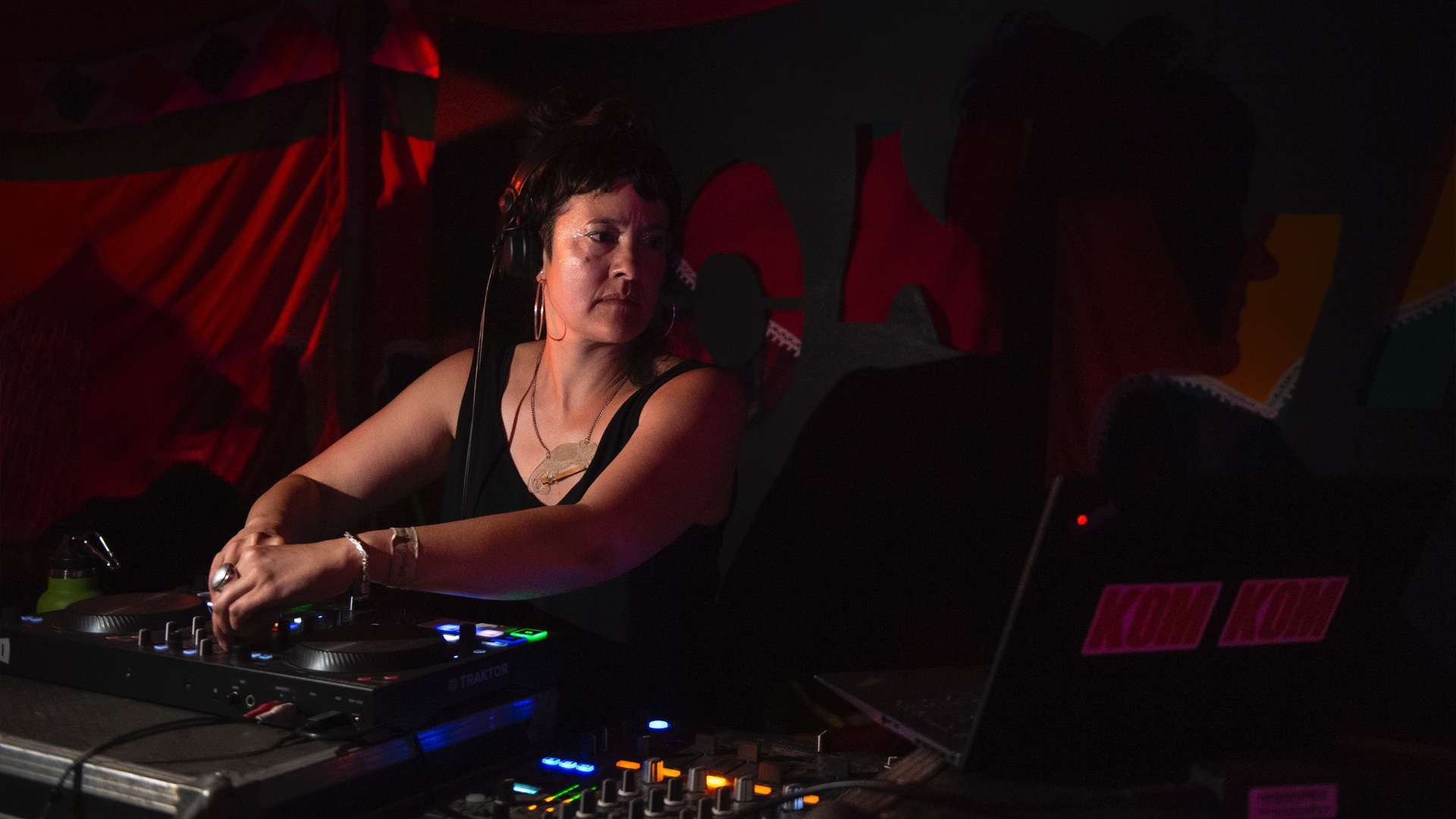 Hi Kom, we’re loving your East Beat show on MDR! Can you tell us more about the ideas behind it?

Ah thanks! I’m glad you like it. East Beat began as a little project in lockdown. I decided to try and find out more about the music scenes in Cambodia (where my dad’s side of the family are from). Probably the most visible form of Cambodian music – at least to people in the Western areas of the world like the UK – is the Cambodian rock scene of the 1960s and 1970s. If you google Cambodian pop music, it’s usually the first thing that you come across, and there are various compilations of old songs that have been released. That’s a really interesting period in Cambodian music, but I wanted to know what people are listening to and producing these days. I also wanted to learn more about traditional Cambodian instruments; just generally educate myself a bit more. Last time I was there, which was ages ago, you would hear a lot of power ballads. There always seemed to be the same mixtape playing in all the bars and taxis, which heavily featured Jennifer Rush’s ‘Power of Love’. But I wondered what else was going on. Anyway, I started looking into it on the internet and discovered lots of interesting stuff, and made some connections with artists and producers on social media etc. From there, it expanded into an exploration of the music scenes in East and South-East Asia more generally, including the diasporas. The club scene in the UK has been generally interested in club music from other areas of the world for a while now. But the focus has usually been on music coming out of the African continent (particularly South Africa, Nigeria, Ghana, Angola I’d say), and also music from South America. It’s less common to hear music from East and South-East Asia, so I was interested to try and learn more.

As well as radio, what other projects/collectives are you involved in?

I’m part of the Barang! Collective in Sheffield. We used to put on nights in Sheffield, which were dedicated to bassy club music from wherever (‘barang’ means foreigner in Khmer, particularly white foreigner – it was originally what Cambodians used to call the French, but is now just used to refer to any white foreigner). We haven’t really started up again after covid for various reasons, but have some plans and ideas for things in the pipeline. I’m also part of the Vibrations DJ Collective. We have an internet radio thing, also put on regular nights in Sheffield and Wales, and are involved with Tonnau Festival in Anglesey. Finally, I’m in the early stages of developing a couple of audio-visual things with a couple of friends. Not sure quite how that will pan out yet, but it feels exciting.

How have your experiences of the music industry been? Have you faced many challenges and if so how have you overcome them?

I guess my experiences of the music industry have been the usual mixture of good and bad. The music industry is a huge beast and I only exist in a tiny little part of it. But in my small music world, one of the things I enjoy most is making connections with people in different parts of the world. I used to play a lot of soca music as a DJ, and I loved chatting to producers and singers in places like St Lucia and Grenada. More recently, it’s been really good meeting other people involved in music with South-East Asian heritage. Less good is all the usual sort of stuff, like having to deal with male DJs trying to hustle you out of the DJ booth before the end of your set and so on. 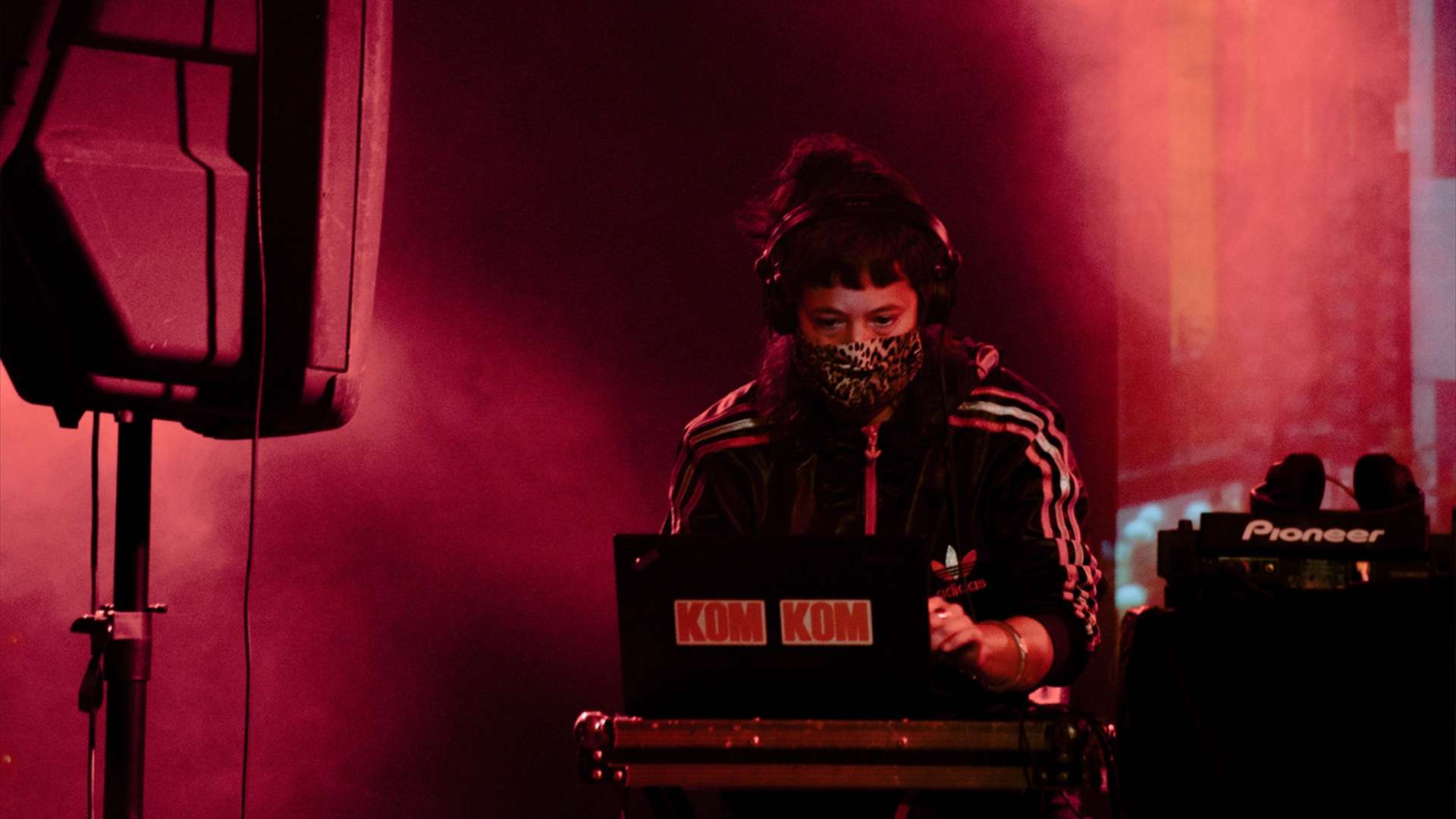 What can individuals do more to support East Asian and South East Asian artists? But what systemic changes would you like to see within the industry as a whole?

Buy music! Book East and South East Asian artists! My sense is that the music industry is still heavily dominated by men, often white men. Obviously, there are loads of excellent white male musicians and artists of all sorts. But it would be good to see more representation, more different types of people getting involved. It seems to be changing, but it’s slow…

What’s been a career highlight for you so far? Dream venue/festival to DJ at?

Probably my favourite thing so far was DJing at a feminist punk festival in France.

Do you have any advice for any fellow women looking to start their DJ career?

Get stuck in. There are more and more DJ collectives and open decks nights happening all over, which makes it easier to get started. Get together with friends who want to do the same thing.

The last thing I bought was an album called ‘Kinh Kỳ’ by Vietnamese artist Dustin Ngo.

I’ve got a couple of DJ gigs coming up in Sheffield in September and October, then I’m going back to Cambodia with my brother, my dad, my kid and one of my brother’s kids. I’m hoping to meet up in person with some of the musicians I’ve met online, so I’m looking forward to that.