Following a delightful Mornings With on Melodic Distraction, we chat with EAT ME and Queer Bodies Poetry! Mother hen, Auntie Climax, gives us the lowdown on both Liverpool’s OG Queer Drag Dinner Cabaret and the queer poetry writing residency, alongside the origins of Auntie Climax herself. Also discussing Liverpool’s queer scene and how we can continue to grow and learn, read on to feel inspired and most importantly, to discover AC’s top 5 favourite snacks… 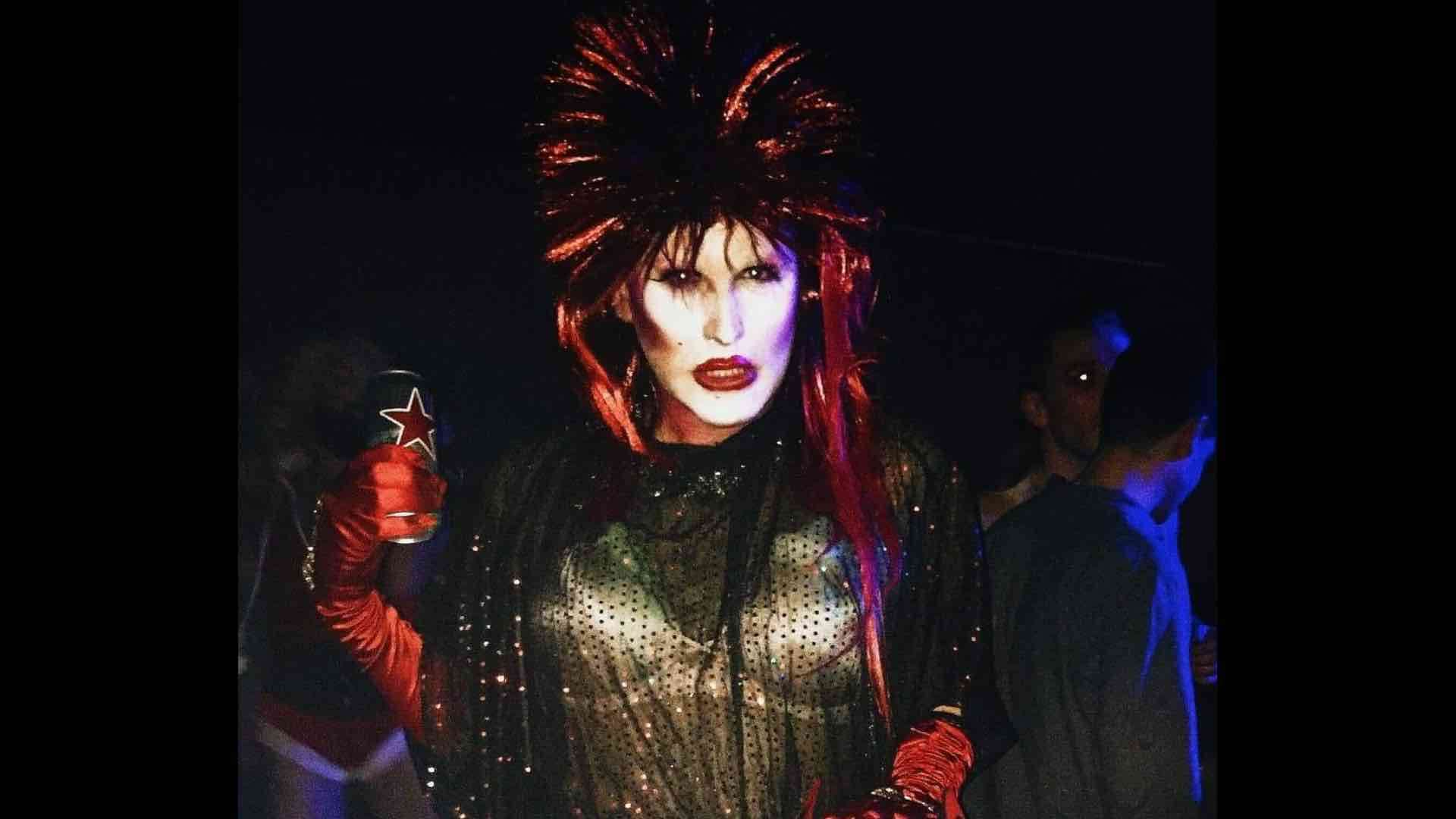 Hi Eat Me! Can you give us the lowdown on what you do?

How did you first get into drag – were there any drag artists in particular that inspired Auntie Climax?

I come from a lineage of clowns and am related to Zippo (of Zippo’s circus), so maybe there’s something in the blood /water/bloody water? I wore a black fleece for 15 years, trying to disappear – but felt torn between attention seeking and hiding. When I met two good friends in college who encouraged my attention seeking, it was game over.

Aren’t all clothes and uniforms a form of drag?

Do you think shows like Ru Paul’s Drag Race have contributed to a reappraisal of drag as an art form and means of expression in wider society?

What’s Ru Paul’s drag race? I have never heard of this.

I suppose drag is the medium of misfits. It’s such a wide, inclusive form and as soon as we impose conventions, boundaries or competition, or commodify it for television, we dilute its radical and satirical potential and connection to Carnival and rebirth – or as Audre Lorde said: ‘You can’t dismantle the master’s house with the master’s tools’. Keep drag queer and questioning, keep it raw and well-rouged.

Queen Elizabeth the 1st or John Travolta. I have time for Marie Antoinette – she may have been blind to class struggle, but she really knew how to style a wig. 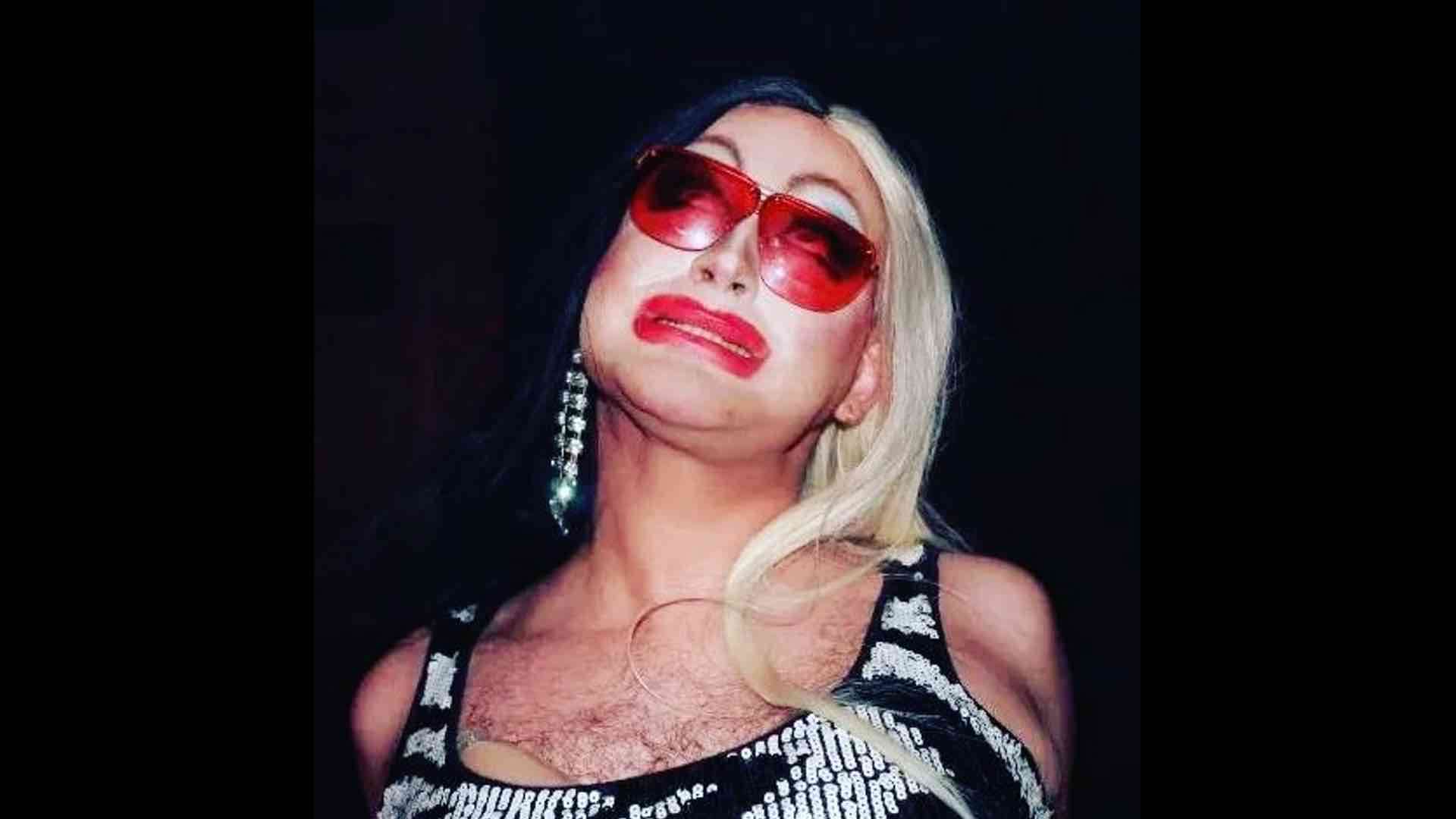 Has Liverpool’s queer scene changed much since you first became involved in it? Where do you hope to see it in five years time?

Since I moved here 8 years ago, I think the city has undergone a savage period of soul-sucking gentrification under corrupt Mayor Joe that is still ongoing. As an outsider, it was interesting and sad to watch progressive venues and collectives (Constellations, Kazimier, Lantern Theatre, Mello Mello) that offered affordable spaces to experiment, be forced into closure or mutation. All this wastes a lot of time and energy. I would like to see those responsible held accountable, as what they do is an act of cultural violence. But they never will be – which is why it’s so important to take, and fight for, the spaces we do have.

The ‘queer scene’, if one exists, is currently a fragmented group of collectives and individuals. We are stronger together, so I hope for greater solidarity and mutual support in coming years. I hope we stand together and lean towards the radical, instead of being tempted by a quick buck or letting our queerness be co-opted by capitalism. Not to sound too doomsday™, but we will be tested more and more in the coming years, as violence and political unrest escalates and the problems of climate change exacerbate. I would ask those who replace our music venues, hang outs and hidey holes with luxury student flats, ‘Irish’ bars or chain restaurants, what type of world do they want for their children? Where and how do they think ‘culture’ happens? And whether they will feel proud of what they did, were they to die tomorrow. I would ask you, the reader: with what side of the knife you will stand when it’s time to cut the cheese?

How are you aiming to connect more with Manchester’s queer scene and the North as a whole?

I’m loving the work that Fatty Acid, Partisan Collective, White Hotel, Pussy in Boots and Fat Out are doing at the moment. Crossing art forms, collaborating, generating queer-led music and DJ collectives. Combining training, workshops and apprenticeships with a grassroots activist led movement. Reclaim Pride Manchester successfully lobbied for their Pride to divest from its corporate sponsorship and return to the hands of its people – which is an amazing win! We are hoping to do the same here. It feels wrong to me to get sponsorship from Barclays who give no fucks about climate change and fund wars and oppressive regimes overseas. Why are we letting police into our parade?

I would die on an upside down cross for Joe Spencer, Ivy Profemme, Laurie and Marylin Misandry aka Fat Britney aka Kripple Kweer – and if you don’t know who they are, well, they were doing the things BEFORE they were cool. I want to build a bridge between our two cities – we’ve got more in common than we think and can learn a lot from each other!

Are there any fellow Liverpool-based queer collectives/people doing the most we should be aware of, if we aren’t already?

We need to be going to Q U A RR Y. Listen to Roger Hill’s Popular Music Show as you do your washing up. Homotopia and DadaFest have offered me a lot of love and support over the years. Go see shows and music that challenges you instead of low hanging fruit. ‘Kerbs’ at the Unity Theatre featured a beautiful sex scene between two disabled people on stage, which I have never seen compassionately portrayed before. Comics Youth, Gyro, Trans Pride and Tranuary are also doing essential work.

I want people to join Shift, Acorn, BLM Merseyside and Reclaim Pride Liverpool. I want to see people making work with activism at its heart and fighting for a world outside of the capitalist death cult and egomania of this current moment. In the tower of babel, everybody knows how to talk shit and I think many of us fall prey to tearing others down for making minor mistakes.
I am interested in spaces that center creative accessibility: Future Yard and District are making strides towards this, but so many folks give no fucks. I am amazed by the rise of Girls Don’t Sync – G33 is one of the finest noise makers out there. I nearly snapped an ankle last time she played Preach! I’m also excited by Frightwig, The Aleph, Flood Theatre, Transcend, Jarg, wellspoken and my own beloved Queer Bodies Poetry Collective. My friend Dora’s show ‘ADHD: The Musical: Can I have your attention, please!’ was fucking great and I want to see Rowena Gander’s show ‘Barely Visible’.

Do you have any advice for young queer people looking to get into the arts?

Have a side hustle(s) and don’t let the struggle to survive let you lose sight of what you love about your work. Make work responding to NOW and you will always be relevant. Listen to children and old people. Don’t pay your TV license. Learn about active consent. Don’t wait for permission to make your work. Check your privilege when possible. You don’t need uni to live your dreams. Fake it til’ you make it. Don’t let straight white men boss you around. Ask for help if you need it and listen to advice when you ask for it. If you can afford it, get counseling and work through your issues and trauma early. It will save you and those you love a lot of time and energy. Stay hydrated and get enough sleep when you can. Diet culture is evil. Everyone is equal and everybody dies.

What other projects are you involved in/what else is coming up in 2022?

I am fantasizing about a Northern Alternative Festival of Drag (NAF!). I want to get a lot of drag brunches going as a way to funnel cash into queer pockets. I want to start a series of workshops to help spread and diversify that art of bedragglement. I want to see more drag kings and king collectives. I want Eat Me to have a stage at a festival but first we need to get out of debt!

NGL though, I really need to rest. The last few years have been truly exhausting, so I think I probably need to resist the temptation to work like crazy until I am back in my body. I’m writing a surreal series of monologues called Animals! about different forms of incarceration. I’m working on a poetry collection about queering ecology… But really… I need to just lie the fuck down and breathe, you know?

Last but by certainly no means least, what are your top 5 favourite snacks?

EAT ME returns to District this Friday for the Fame edition! Grab your tickets here and in the meantime, listen back to their Mornings With on Melodic Distraction Radio below…