Also a label and party starter, Eastern Margins represent sounds from the Margins of East & South-East Asia & its diaspora. With an NTS residency and collaborations with the likes of Boiler Room and Keep Hush, Eastern Margins are only adding more and more strings to their bow, from parties and round-tables through to music production relays and live gaming streams. Not to mention an incredibly talented roster of artists on their label, including Tokyo-based T5UMUT5UMU and the latest release from Hong Kong wunderkids Kelvin T & Takeem. We chat with three of the members Cheri, David and Jex, to find out more about their story so far… 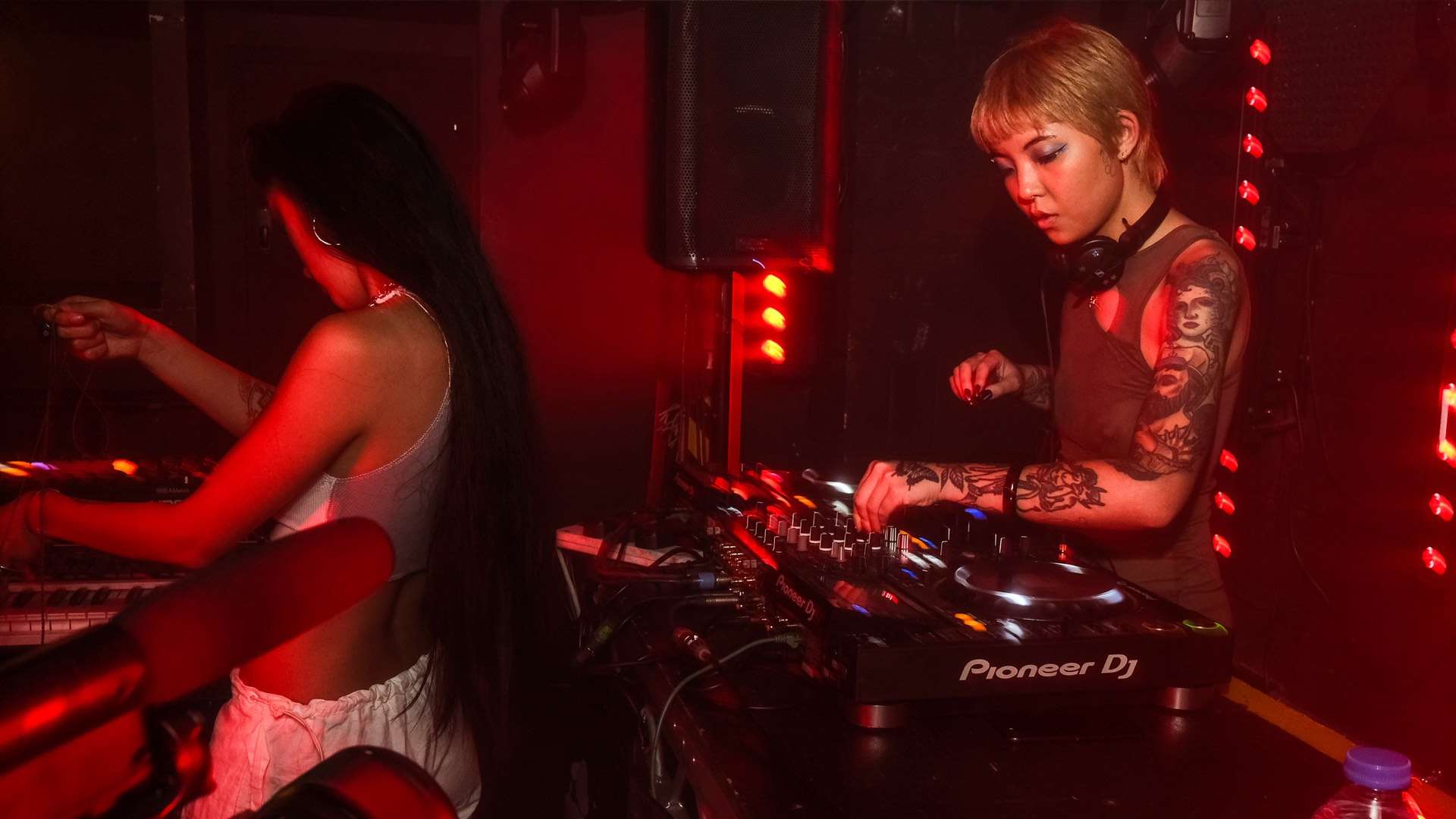 Hi Cheri, David & Jex! Can you tell us a bit more about how the collective began?

Jex: it began when the co-founders David and Anthony were looking for a Lunar New Year party to go to back in 2018.

David: At the simplest level, we started it because we were bored of getting blasted in the same old KTV booths for Lunar New Year. At another level, creating Eastern Margins was born out of an aim for greater representation of East & South-East Asian culture and faces in the underground club scene. Over time, that aim of representation has evolved into an aim for elevation – elevating the voices of our community into a wider conversation. We built our community, so it’s time to tell that story to the wider world!

As well as showcasing sounds from the margins of East & South-East Asia, what are the other main ethos’ and aims of the platform?

Jex: Other than authentically representing East and South-East Asian artists and their work, we also make sure to provide a safer space for our community in the music industry, especially the more marginalised members.

Have you noticed a difference in the music scenes of East & South East Asia as a result of what Eastern Margins are doing in the UK?

Cheri: I can’t speak for all countries, but being part of Eastern Margins has made me realise just how much there is out there that I wouldn’t have known about otherwise. My family are Malaysian, so I’ve always wondered what the Malaysian music scene was like. Growing up I was only really familiar with what my parents were listening to at the time. However, working and speaking with Shelhiel, who is based in Kuala Lumpur and is on our label, was monumental in changing that; there’s so much creativity out there that, I’m ashamed to admit, I perhaps underestimated.

How have your experiences of the music industry been? Have you faced many challenges and if so how have you overcome them?

Cheri: I often find myself being the only ESEA artist or person in music spaces that are not curated specifically by people from the ESEA community. I also feel like in the West people can be surprised when they see ESEA artists, especially in underground spaces because of the stereotypes we’ve been associated with. Whilst I I won’t ever take the opportunities I’ve received for granted, it can at times leave you feeling isolated and little jaded; as an ethnic minority you’re told that you have to work doubly hard to claim your space and success, and that in turn teaches you to view other people like yourself as competition, when in reality there is space for everyone. This is why representation is so important – discovering and meeting other ESEA DJs and artists, in particular those who are also women, trans and non-binary, made me realise that I wasn’t alone. One day I hope I can be that person for someone else. All I can do is just be myself and the right opportunities will come my way to allow me to speak out and be the change I want to see.

Jex: I grew up in Naarm (Melbourne, Australia), which has an even more white-washed and racist music industry. I recently moved back to that city and it’s nice to see there’s more collectives representing different cultures coming up, but it’s still so behind from the diversity of other cities like London.

What can individuals do to support East Asian & South East Asian artists? But what systemic changes would you like to see within the industry as a whole?

Cheri: I think it goes without saying but do your research and if you’re a promoter check your line ups! If you want to book ESEA artists don’t just leave it to our community to do the research for you, follow and invest in our collectives and you will find plenty of us, and try your best to not make it seem like you’re being tokenistic.

Jex: You’d think “Don’t be racist” doesn’t need to be said here, but it does. So many people don’t even realise how deeply rooted racism is in the industry, from micro-aggressions to more blatant examples. Systemic changes in the industry is a very loaded question as there are so many issues, but let’s start with more equal representation amongst all demographics on line ups. 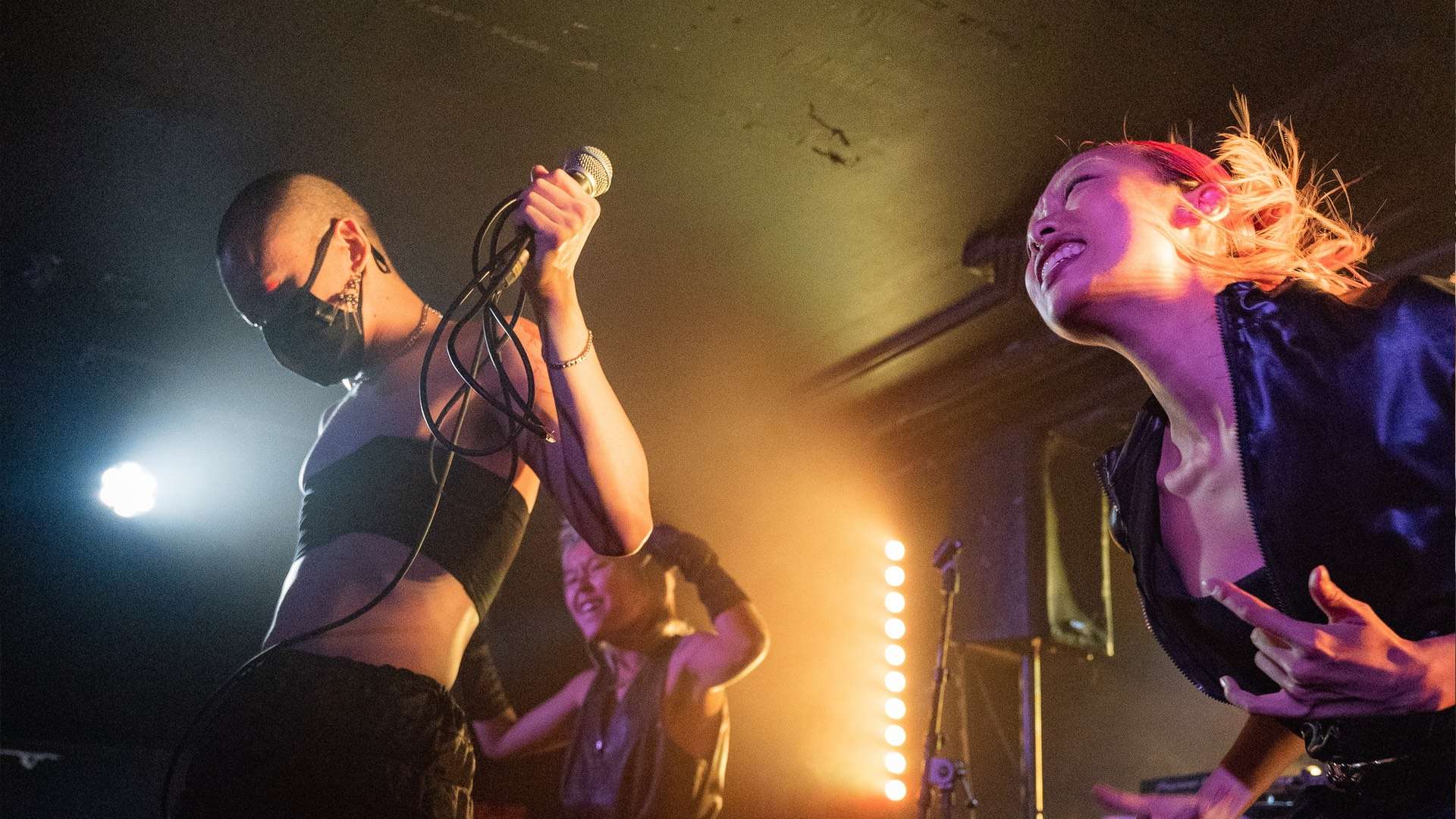 Apart from Eastern Margins, what other projects keep you busy?

Cheri: I’m currently finishing up my Masters Dissertation, so that’s essentially taken over my life at the moment!

Do you know of any other collectives that promote the world of artists from these communities that East/South East Asian artists can participate in?

Cheri: GGI Club in London and Rojak in Manchester! Both are queer-centred collectives who put on incredible parties and workshops to provide platforms for artists and party-goers who otherwise would not have them.

David: So many! Just sticking to the diaspora as I’ll be typing all day otherwise – Chinabot, Bitten Peach and ESEA Music are all pushing things forward musically. Baesianz and Xing Archives are fantastic for visual mediums. Eat With Spoons and Tongtong are fantastic food hubs. And shout out to the ballers – Rise United and Baesianz FC!

Cheri: I don’t know if this counts, but I was very kindly given some exceptional dubs produced by the very talented King Monday who is part of Daytimers. He’s also just released his debut album, which if you haven’t checked out already then you should, because you are missing out. Also Rina Sawayama’s newest album, which is just an emotional rollercoaster in the most beautiful way.

David: 2 records I’ve recently really enjoyed on different ends of the spectrum are ‘T-mix’ by Tohji – feels like racing thru neon rap stadiums in WipeOut – and ‘Earwitness’ by Joyul, an album of squiggly ambient experimental earworms from Seoul.

Cheri: To finally graduate! Also keep up to date with us because we might be making our way North soon…

David: Shows, shows and more shows!! Winter means back to the rave, and we got 6 planned.

Check out the latest releases on Eastern Margins here, and listen back to their guest show on Melodic Distraction below!