A founding member of the Chicago house scene, James Perri aka Jimi Polo began his musical career singing in gospel choirs and as a session musician, before releasing pioneering tracks such as Shake Your Body and Better Days. With releases on Urban, Perfecto and Primavera, as well as time spent as part of Soul II Soul, James Perri has influenced house music across the world. Spending time in the UK, France and Italy, James is now based in Croatia.

Ahead of his next release on Imogen Recordings, we sat down with James Perri to find out a bit more about his story, the resurgence in his earlier music and what role music has in our lives today. The Moods EP is a selection of tracks originally recorded in the 90’s, with 70s Theme touching on Blaxploitation mood music, and Express Yourself a gorgeous rare groove cut. We are proud to premiere Brother Beware below. It features the inimitable vocals of Lamya from Soul II Soul, who sadly passed away in 2007, and has been seeing a lot of radio play on Melodic Distraction recently.

With the release forthcoming, check out the conversation we had…

You’re never a master musician, I keep telling people that. So, you can take that jazz thing, that soul thing, but in context this is just part of your craft, it’s part of your growth…

Throughout the 90’s, James Perri was a highly sought-after session musician, collaborating and working with many musicians. Spending a significant amount of time in the UK, France and Italy, he was always learning, improving and bouncing ideas off others.

I was ten years old and I learned to play the guitar first. Later, it was the piano in the mid 80’s and that’s the time I started to play seriously, to get it together and study music. I had guys in my neighbourhood who were really good players, people like Phil Upchurch who could really play everything. I was amazed a guy could play bass, guitar, piano. I was just like, ‘Damn, I gotta get my game on.’

Throughout his musical career, James has collaborated with numerous artists. He highlights how this has impacted his own musical path.

It stems from doing sessions. Learning about music was the main thing: learning how to interpret people’s moods and emotions. Just being able to get together with someone. I still do it, whereby you can see what melodies people want to come up with, and then you can interpret it and harmonise it.  It’s a different perspective. 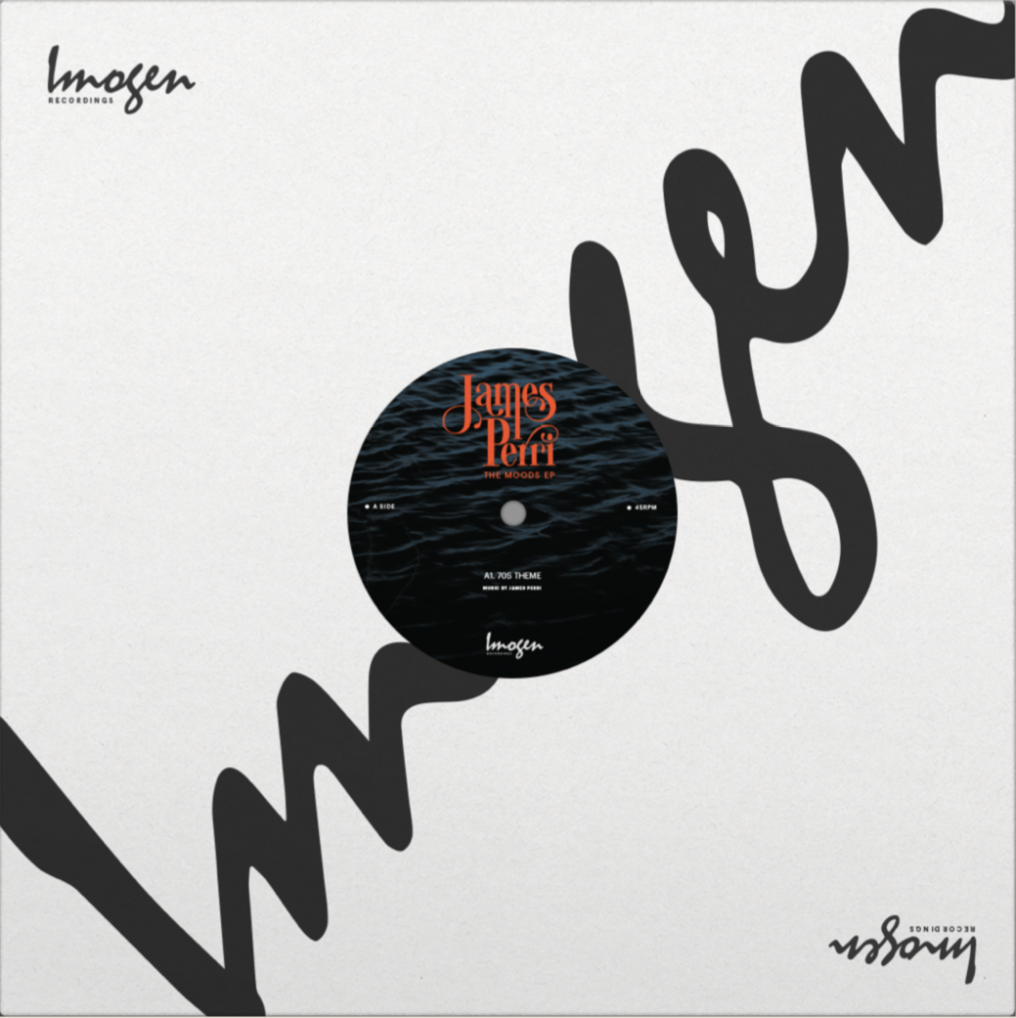 The role of mentors and musicians collaborating was a vital aspect of James’ early career, creating flourishing friendships and strong connections.

Phil Upchurch Jr., he’s an amazing guy; his father is amazing too so the apple didn’t fall too far from the tree, as they say. Phil’s history precedes itself.

This guy was out in LA during the 70’s and his father was part of The Rotary Connection so, you know, Chicago, it’s his history. Then he came into my life. I just said that he had some nice gear and boom! He jumped on my piano and took me through everything, ‘You gotta learn your chords, you gotta learn this and that’. He was like that. Solid!

Touching on his time in London, James talks about some of the people he worked with and tracks he put out.

You took what you could. Just to get yourself out there, and you did the sessions as well. For instance, I remember Nelly Hooper calling me up and saying, ‘Hey man, I need some keys down on this track’ and I would do it. I go down to Mayfair Studio and do the session, the first session I ever did for Soul II Soul was What’s The Meaning of Life. I played keys on that and that was really cool. It kinda jump-started things, it was just after Better Days actually.

Better Days was written in Camden Town in 1988. That was one of the first tunes I wrote in a flat I shared with Adamski, 29 Camden High Street. It was the first place I ever lived in London; he had upstairs and I had downstairs. I had an ESQ1 and a 707 drum machine that I had brought with me from Chicago. I started messing around and writing tunes because it had a sequencer built in and then Better Days showed up. That piano riff was actually a B-Side to be honest, with Free Yourself on the flip. That was out on Urban, Dave Pearce signed that and the rest is how it is; it just took off, I was very surprised. 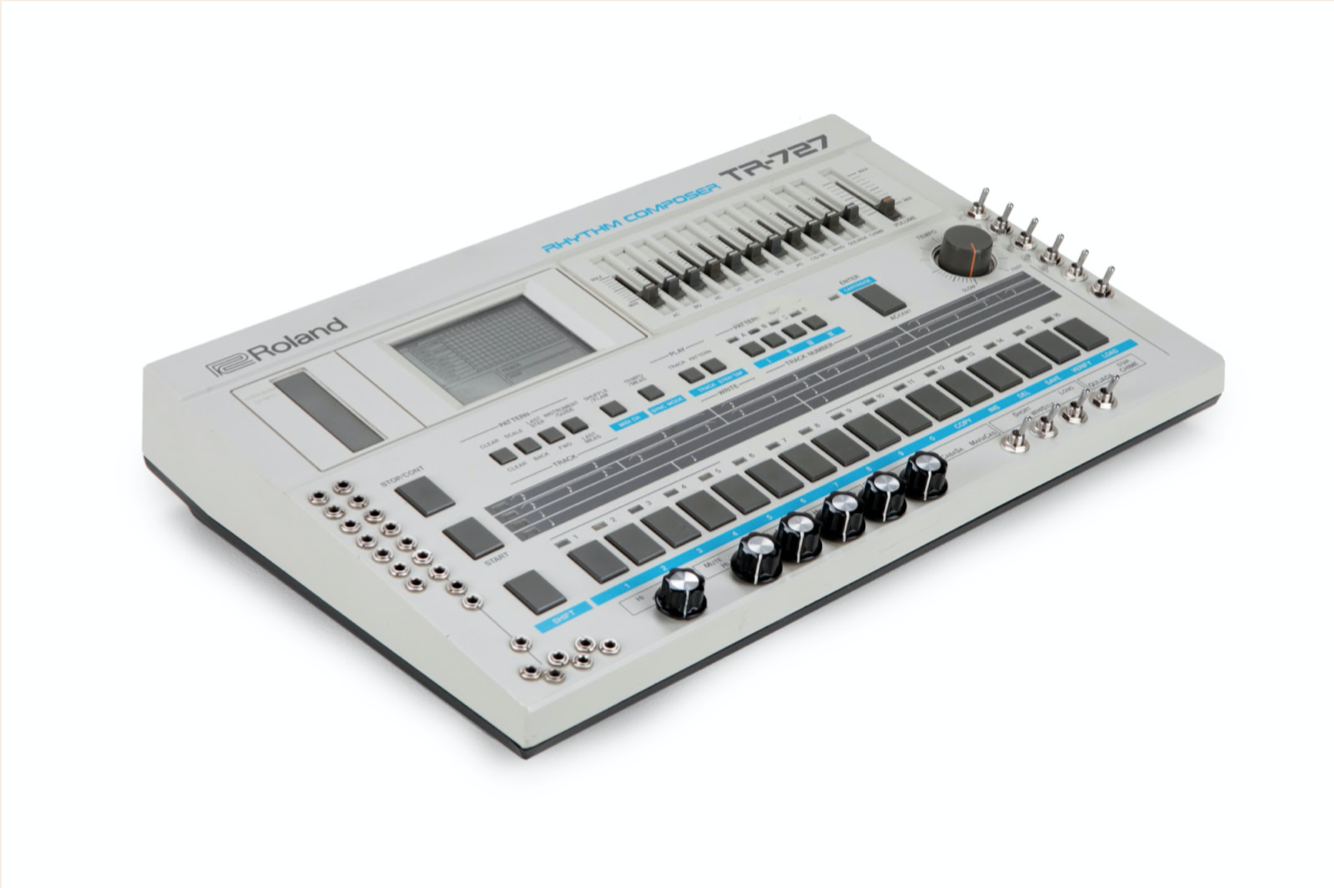 It seems like a lot has changed in the past thirty years.

We just used a 909 or a 707, a Roland 727. For a lot of us guys in Chicago it was affordable. You used your equipment to the fullest. You didn’t cut any corners, you just used whatever keyboard or drum machine that you had… that’s how it went down. You took your chances and you got the best out of it.

Back then, we went to a studio, we booked in studio time and paid for a tape. Now, it’s almost non-existent to be quite honest. I don’t really remember the last time I was in a proper recording studio if truth be told. If you told me many years ago that I could get on a plane and go from Chicago to the UK and I could work on my tracks without people thinking you were crazy… You can’t do a track on a plane, no way! But yeah, you can; your edits, your programming.

The game has changed, people really want the whole song from you now rather than bouncing ideas off a group. People come to the studio with a full song because you can do so much at home. Literally finish a track, rather than go to the studio and be there for hours. Now it’s pretty much done in your home studio.

For James, this should be embraced, to the extent that his prior work is being remastered in his home studio.

I mean, with the hardware now, synthesisers like Omnisphere and Avenger sound so good that it’s unreal. I’m always amazing myself, I’ll produce a track and it’s sounding really good but we haven’t even started touching the EQ! We’re in an amazing time; people are saying the music isn’t as good as it used to be but I don’t think so. It’s just the best time to be a musician because you can do it yourself and you don’t need to rely on the record labels telling you this or that. That was unheard of back in the days because everyone relied on that A&R guy; now you can completely critique your own work.

You’ve got to be a good musician but that depends on how you determine what it is to be a musician. I come from an era where you had to play. You still had a sequencer but you had to play, and have musical composition skills. Today, that’s kind of dwindling but I hope that a lot of young cats learn music theory, like I write theory and write notation. I guess I come from that era. You had to pick up the instrument and learn it. I guess we see what happens with this newfound technology.

Referring back to the role of mentors and collaborations in James’ music, one of the most memorable artists James worked alongside was Lamya, when they were both part of Soul II Soul.

I had signed a deal and had the album ready to go. I met her at Soul II Soul and we were just mates. The first time I ever heard her sing was on Let Love Come Through in the studio but, once I had seen that, I knew she could really sing. Yeah, there’s a lot more to it with her because we were in Soul II Soul together and she was just awesome, no doubt about it. She taught me so much about vocal harmony. I mean that was a time without Auto Tune or Cubase. She was just straight up and she could do it. She was teaching me a lot of things. We used to jam together so she was really like a big sister to me, she was always informed. She would teach me a lot of things and I saw a big step up in the level of vocal production, if truth be told. What she gave me was very important.

Lamya unfortunately passed away in 2007. With her vocals featuring on Brother Beware, the release on Imogen Recordings has a deep, emotional connection for James Perri.

I guess, sometimes you make music that is personal and you think does anyone else care, does anyone want to hear this? It was a different time, a different era. Ilija Rudman and Antonio Zuza at Imogen Recordings wanted to release it though, so sure! This year felt right.

No doubt about it, I will never forget her. It was a defining moment for me. To be able to play piano and guitar was great but I was never vocally comfortable and she helped me out in the studio. I had no clue how to direct her, and she simply said, ‘I’m gonna show you something…’

It’s a funny story really because my mum heard the song when I wrote it back in the day and she said that it was one of her favourite songs. When I told her that it was getting released she seemed quite pleased with it. She loved Lamya’s vocals. I think that made the track as well, it was the first track that me and Lamya ever did together. She was respected, she was something else; incredible.

The things that James has learnt along the way have left him at ease with his own sound and space.

I think the difference is that I can hear it better now. I can hear it better in the sense that I can hear everything in my head and I can really play it, transmit it. Whatever is in my thoughts, I can really play it out. I always had a tough time as a young guy, mainly when I didn’t meditate as much as I do now. It has a lot to do with being able to hear whatever is in your head and playing it. I think that makes the music better because it’s your real spirit talking, you’ve transmitted your spirit to instruments. Even people that can sing, I’ve felt that I can truly understand what they’re saying.

I’m not so much of a religious guy but I believe that music is more so a religion than anything else because it can embody your emotions; it can make you angry, it can make you extremely happy or sad. It’s not so much being a musician, it’s more that you have a spiritual outlet. It’s your conscious. It’s your spirit talking and I see music like that. I think people can become more relatable because it’s that shared connection.

Everything is dependent on the mood you are in. If you’re working with someone, or through someone, it sets the tone. Who is this music for? And what do I want it to be? It’s like that…

B2 James Perri – Express Yourself