In 2010, after being banned from Tunisian airwaves due to her political invective, Emel Mathlouthi returned from self-exile in Paris to her native Tunis during a protest, and was filmed singing Kelmti Horra (My Word Is Free) in the streets. In days, the video spread like wildfire and became an anthem for the Arab Spring in Tunisia and Egypt. Whirling together trip-hop, traditional Tunisian rhythms and folk influences, her debut album rocketed her to global fame and, just a scant five years later, she performed Kelmti Horra at the Nobel Peace Prize ceremony.

With a second album Ensen (2017) out, and a remix album Ensenity (2018) just released, Mathlouthi is forging a new musical identity for herself. Retaining her expansive Arabic vocals, she’s taken her sound darker, more electric and more percussive – yet retained the same raw, unflinching approach to crafting her sound. Working with some excellent producers, including Valgeir Sigurðsson (Björk, Sigur Rós), and recording her album over seven different countries, her latest work sees Mathlouthi exploring the outer limits of global creativity as well as global politics. 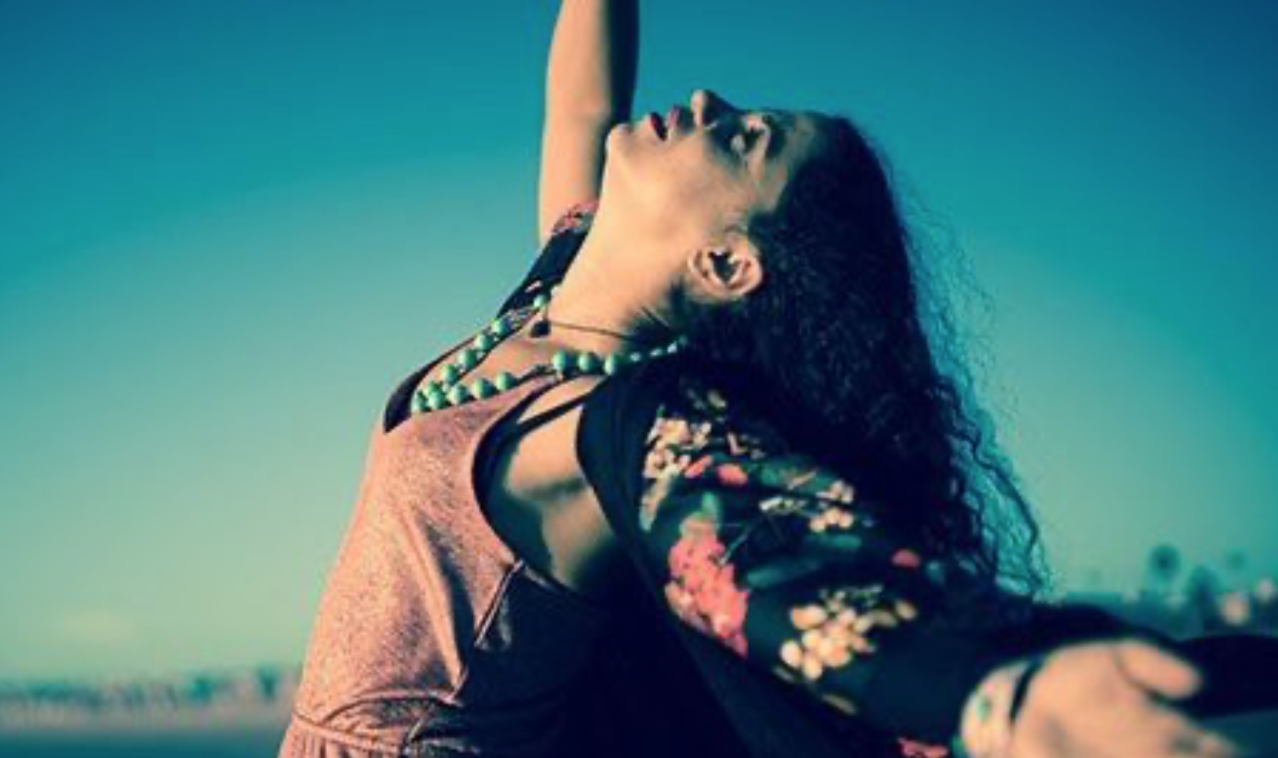 With all this under her belt, Melodic Distraction caught up with Emel to find out more about her musical past, her creative process and her upcoming appearance at Liverpool Arab Arts Festival.

You’ve been called the ‘voice of the Tunisian revolution,’ with your songs hailed as ‘anthems of the Arab Spring.’ Your music was banned from Tunisian airwaves due to its firebrand lyrics and you performed at the ceremony for the Nobel Peace Prize Concert in 2015. Yet, you’ve said before that you hate the word ‘political.’ Do you feel hampered by the label of protest artist?

I could not possibly be prouder of the chance I have had to participate in the political consciousness of my country, Tunisia, and my compatriots. The way we managed to cope and to not lose sight of the fight for our own dignity during the dictatorship were really wonderful, and the way we managed to begin a revolution that stayed peaceful for the most part turned out to be special and unique.

That my music and my message accompanied those amazing processes is tremendously warming for me, and I remain fully committed to dignity for the people of my country, and everywhere. But it is very often the case that people think politics first when they look at an artist like me, and that can be really stifling. The fact is, sometimes artists deserve to be artists, full stop.

Politics is very important, but the way people think about politics, especially in other countries, other cultures, can be very limiting.  I have stood up for the push for dignity and justice, but it is not all I do. What I am more interested in now is a more basic empathy that can come when people from different cultures or of course even the same one take time to share and really feel one another’s creation.

You sing stridently in Arabic, but currently, reside in New York and sing to audiences who might not understand your lyrical content. The places and communities you call home are separated by great political, economic, physical and linguistic divides. Is comprehension essential for an audience to understanding your music, and understanding your own personal protest?

There are a lot of layers to my art; what I am trying to get it is something essential that binds us – especially empathy. It is definitely true that people who speak Arabic, and especially my Tunisian dialect, will understand my music in a different way. But there are huge chances to connect also with audiences who don’t speak the language. I try to transmit as much as I can through my voice and my melodies.

Between Kelmti Horra and Ensen you became a mother. How has becoming a parent changed your creative process or the way you tour?

My daughter, who is about to turn 4, has become a new and major inspiration for my creative process. In some ways I think she has encouraged to become more intimate in my creation, maybe a little more introspective. Rather than singing about society now I think I am singing more about the human soul.

Touring with her is great – she’s a great companion on the road and she is good friends with the band and crew, some fans, and people at venues are always very nice with her, it is magical to see. The harder part, really, is when I go on the road and she stays at home – I miss her so much, it breaks my heart.

Your break-out single Kelmti Horra, featured gut-wrenchingly sad lyrics sang sweetly over folky guitar and violin: musically soft, but with bite. However, your newest album Ensen takes a much darker slant, more overtly melancholy. The cavernous decays, brittle electronic percussion and fragile vocals make it feel like your past in goth-metal is more at the fore than ever. Where did this new direction emerge from since your previous EP? Is it reflective of your personal creative mood, the creative mood of the community around you, or even the current social mood?

Good question. If anything more than moving from light to dark I think I am moving from a background that is confined to a very certain musical style, to one that is definitely grounded in my culture and our traditions but takes more risks and embraces more of what is happening elsewhere – with an expanded lexicon of sounds and moods, for sure.

The reworks album Ensenity released earlier this year is especially dark in tone, but holds a sense of unity in the gyroscopic, breaky percussion lines, swirling hurricane vocals and glacial creaks across many of the tracks, even though they have emerged from different producers. Valgeir Sigurðson’s influence, even through the prism of reworks, is pertinently clear here. Did you have much input into the reworking process? How did it feel to have your work transformed by others?

I had a lot of input into the production of each track. But more than that my biggest input was to seek out and forge bonds with artists whose work touched me, and who I had confidence would be touched my mine. That was an awesome experience and I love many of the rework tracks.

LAAF is spread over 10 days and features lots of other artists coming into the city, from a variety of backgrounds. Have you ever worked alongside any of the other artists? Whose work would you recommend that we see?

It wouldn’t be fair of me to single anyone out, it is an awesome line up and I am proud to be a part of it. I think I myself would be most interested in seeing some of the theatrical works, just because I find the theatre such an important medium for processing the deepest aspects of the human. 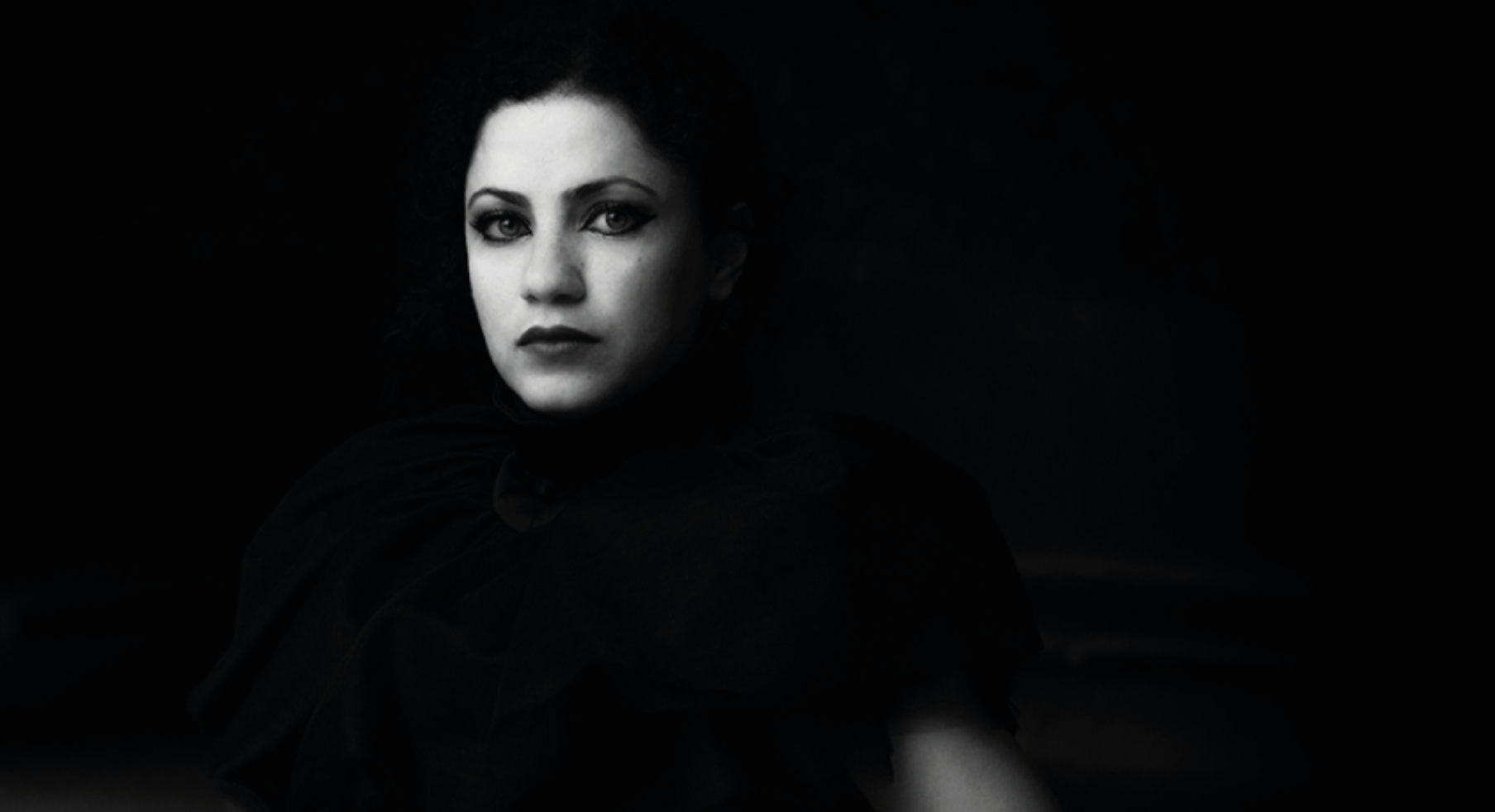 Emel Mathlouthi will appear at the Invisible Wind Factory on Saturday July the 7th, as part of the Liverpool Arab Arts Festival, who celebrate an incredible 20 years of highlighting Arabic music, visual arts, dance, theatre and culture. Whilst she may come across as modest in interview, Emel’s contribution to the visibility of Arab women from on the global stage cannot be understated. Anna Thwaite, Festival Director for LAAF summed it up better than we here ever could.

“Emel Mathlouthi is a truly groundbreaking artist who has pushed boundaries. We have worked tirelessly for three years to bring her to LAAF, so to have her here for our 20th anniversary festival is absolutely fantastic.”

Her music encourages a broader understanding of both her culture and Arab culture in general, generating empathy and cross-cultural understanding. Her message has perfect synergy with the theme of LAAF 2018  ‘What do I know?’, which encourages us to step away from the assumptions made around Arab life and and instead become better informed by the reality of the lived experience of Arab people.