If I was to tell you that I had been working on my music every day since 2012 I wouldn’t be lying to you. It’s that commitment, I’ve got the drive to do it because it’s how I live my life.

Since making the move to Ableton in 2012, Glenn Davis has been working on music production non-stop. Now, that work is starting to pay off, with his first release in September of last year featuring alongside the likes of Byron The Aquarius and Cozy Bear. The Dublin native has shown that he has much more to give, with his first full EP forthcoming on F*CLR Music this month.

Body & Soul, the title of his new release, speaks volumes of Glenn’s background and introduction to music. Whether it be a nod to the famous New York City party underpinned by Francois K and Danny Krivit, or simply enigmatic of the function that music has in his life, Glenn’s first release on F*CLR Music sets the precedent for a whole lot more from the Irish producer and DJ.

Speaking with him before Christmas, we dug a little deeper into his musical history. We found out what caused the move to production after years spinning records and dancing, as well as what the future holds for the rising producer. Listen to the exclusive mix below and find out more. A track list can be found at the bottom of this article, so you better read our conversation first!

In Conversation With Glenn Davis

When I was younger I was buying a lot of Detroit techno. A lot of UR, Red Planet, Stacey Pullen, Carl Craig; all that early stuff. Stasis, that intelligent techno, Kirk de Georgio.

Glenn Davis got into buying music in his mid-teens. When Phuturegroove Records opened its doors in the mid-nineties, he started picking up a lot of new imports with his mates. 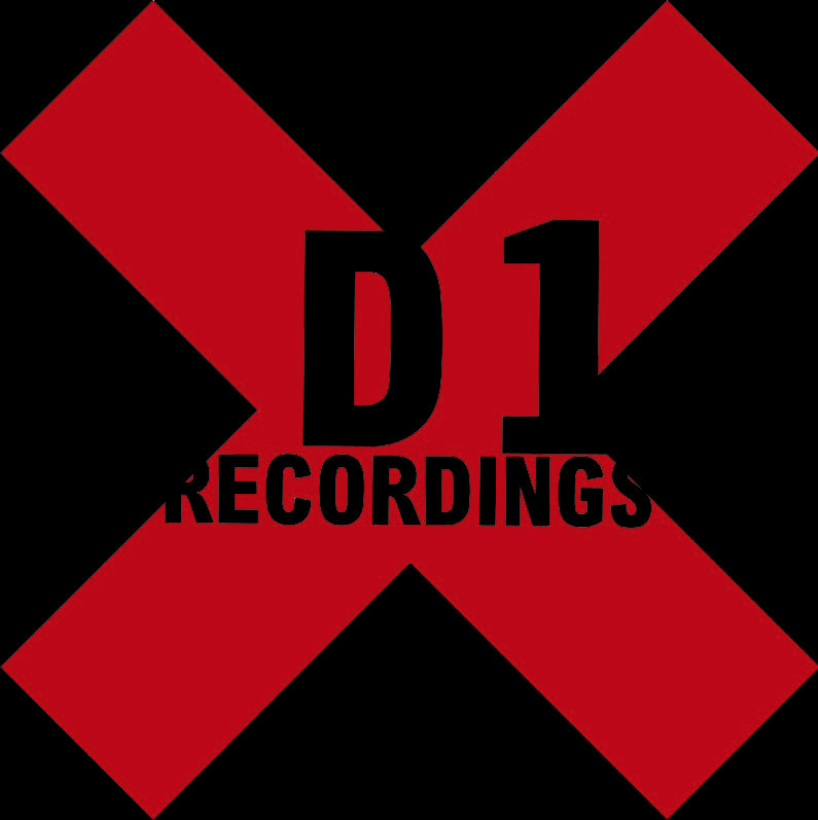 The first gig I got was for D1 Recordings. They ran a label out of Dublin and saw a lot of success. They brought Underground Resistance, DJ Bone and Octave One, people like that into the city. Eamon Doyle used to get down to warm up before the D1 Residents and that was my first introduction to DJing.

All of those lads were into their techno, they were all music heads but I was more into house, soul and everything else; we went in a different direction. At the same time, I still have all those records and I would cite a lot of as influences.

I’m not adverse to making techno, but definitely on the melodic side. There could be something in the pipeline sometime in the future…

From warming up for the D1 residents, it was inevitable that Detroit techno filled up a lot of his record bag. However, the soulful influence on his production come from a little closer to home; The Southport Weekender.

Yeah, we all got hooked on the Southport vibe you know; soul music. I don’t think there’s a better place to be educated musically than the Southport Weekender.

We were taking regular trips to Southport, twice a year for 15 years or so. We were always attracted to the Beat Bar, run by Kev Beadle who was booking the DJs at the time. Kev was the second or third DJ that we brought back over to play in Dublin for Groovement Soul. 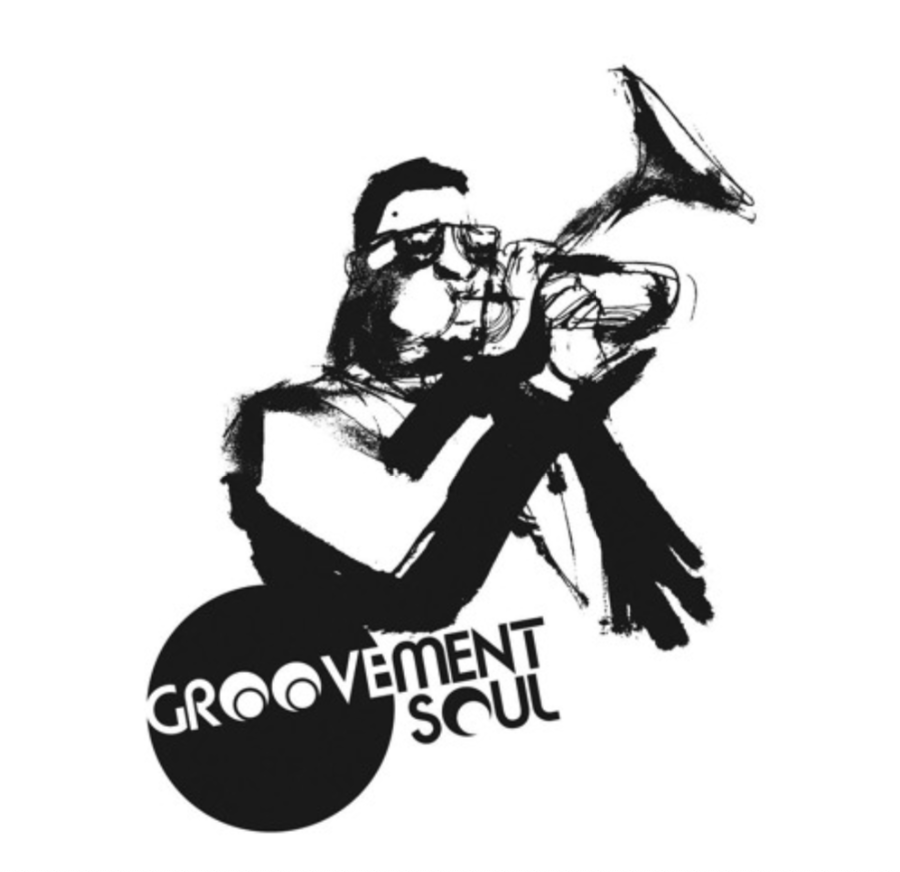 Groovement Soul was a Dublin-based music collective that started in 2003, with parties taking place in The Grand Social and a regular radio show on Power FM. Many of the friends he was digging with in his teenage years formed the nucleus of this group later. Kev Beadle was an early guest of theirs, as well as Lay-Far and Karizma.

We’d be putting on a night so that we could have a good time as well as the punters. Bob Jones was known in Dublin through his reputation as a soul DJ but, generally, if we broke even we’d be happy enough; it’s that kinda way.

I’ve always said that Dublin is a techno city, even though there are a few house nights. Especially with the younger generation, if you put on a techno gig you will fill the place out more so than if you did a house or disco gig. Where I am now though, Groovement Soul haven’t done a gig in Dublin for about two years and I think a lack of the right venues is part of the story. There is a lot of competition now and there’s not a lot of new spaces. Like, you can put on a party but would you be happy doing it?

It’s the same in every city though, there are promoters booking big name DJs for the sake of it and making money from it; I mean, fair play to them but it’s not my priority. That’s just the way it is. You’re either into it or you’re not, me and all the boys will feel the same.

Regarding the scene in Dublin now, Glenn seems conflicted. However, there are a few spaces cropping up in the city, with an impetus of young promoters and venues bringing a new approach.

There is a bit of stuff going on in Dublin but I’m a little older now. I kinda like staying in on a Saturday and making music; having a glass of wine and just working on my tunes. That’s what I love to do these days. I find myself working on music all the time and I’m still buying records. I just find myself not absorbing them. I’ve got my decks upstairs with all my records and I’m downstairs making music in the living room a lot more. Maybe I should break that habit a bit and start listening to records more.

There is a new place called Yamamori Tengu which I’ve been down to a few times. I’ve seen Byron the Aquarius and Red Greg down there, people like that. I saw Moodymann at District 8 and it was one of the best gigs I have been to in a long time.

I was kinda surprised because this was a big fucking rave in the middle of Dublin and it was a bit of an eye opener. I was under the impression that it would be full of kids and I wouldn’t be into it or whatever but I went down and had a brilliant time. Moodymann was great, I always love the way he can control a room like nobody else. 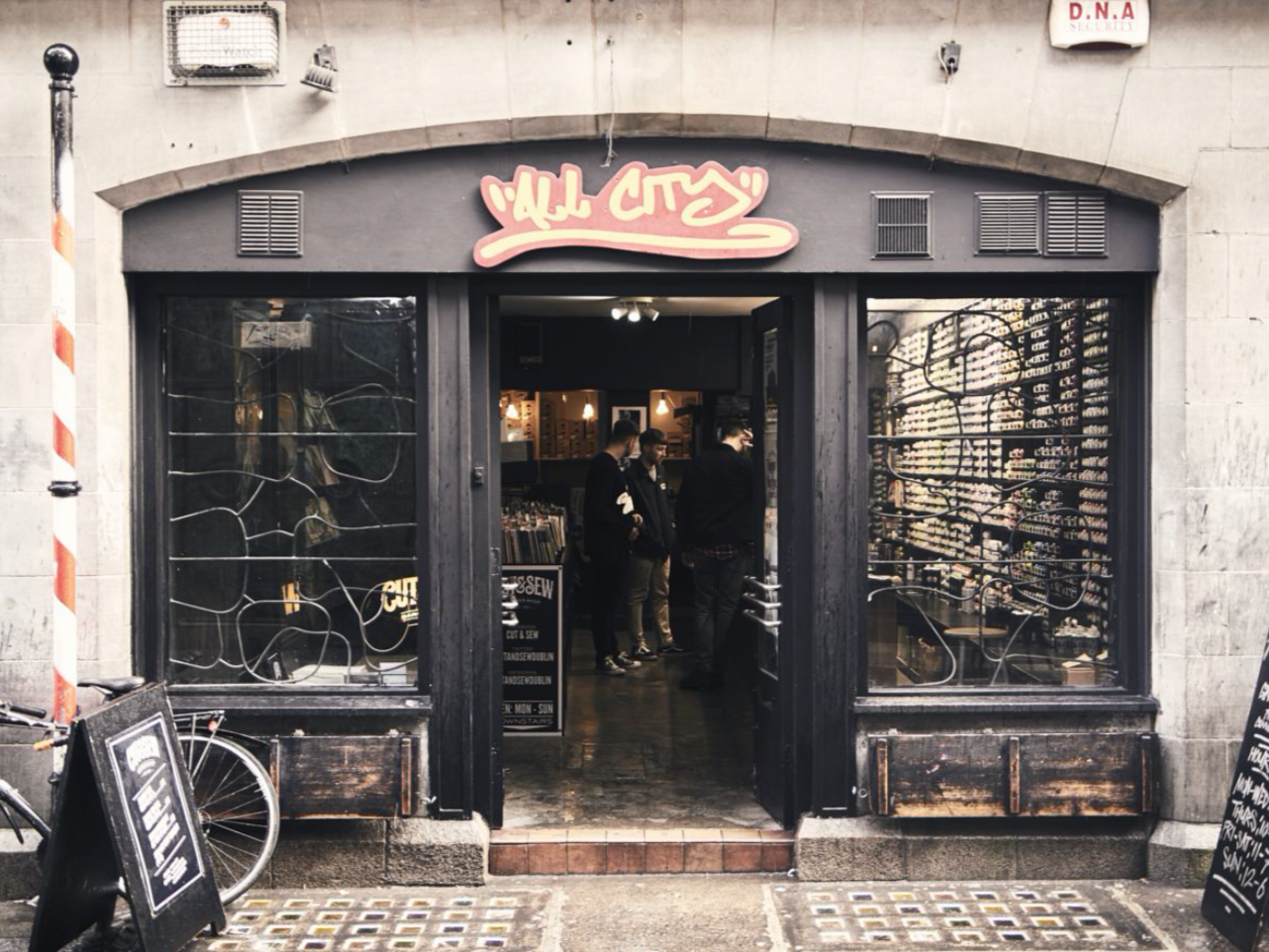 Groovement Soul used to have a regular slot on Power FM. Whilst the station did make the move to online, there are others cropping up as well.

There’s a record store close to Dublin Digital Radio called All City Records. They’ve got a record label and that’s all great. I have thought about getting back onto radio as I’ve got a lot of music, it’s just getting the time to put it together.

We had the Groovement Soul show on Power FM every Friday evening and it was good, we got to play all the stuff we were buying at the time. With the parties, we would book people based on one record that we liked. We’ve always put on guests that we were really into. We’ve never put on a guest just to fill a club, we always wanted to hear what they were playing.

Glenn’s honesty is quite clear and it comes as no surprise that he holds his own output to the same rigorous test.

I listen to producers like thatmanmonkz and Lay-Far, thinking, “How the hell do you do that?”, the way their beats are so clean and groovy. It was on the strength of Scott’s [thatmanmonkz] first track on Tone Control that we brought him to Dublin. That’s the thing; me and the lads, we’re the worst kind of promoters because we’re too passionate about the music.

When I listen to my tracks I do constantly critique it; “I could have done that better, or moved that there”, but you’re always going to have that frame of mind. That’s what Jo Wallace [F*CLR] said, “Just let the balloon go, there’s no point in analysing it too much, just go with it. Go with the flow”.

At SunCeBeat festival in 2012, I was chatting to Phil Asher about wanting to make music but thinking I was too old to start. Phil’s advice was something that stuck with me and it was the best advice I ever got: “Glenn mate, you’re never too old to make music.”

He sometimes doesn’t get the dues that he deserves but he’s been an inspiration of mine for many years.

With that advice, and having given production a go in earlier years, Glenn started to invest his time in music production.

I always had it in me that I wanted to produce. I was buying music all the time but there is that confidence thing, like will I be able to do this? Well, I bought an MPC when I was about 25 and I messed about with that for a few years. I’ll be honest with you, I didn’t make anything substantial with it.

This open and patient approach to music production has allowed Glenn to maintain the right frame of mind for producing. Digging a little deeper into his production methods, Glenn’s approach is refreshingly honest. In 2012, he decided to make the move to Ableton, as Live 1.0 launched.

It’s almost like I’ve done a degree in music production because I’ve immersed myself in Ableton tutorials and videos. It hasn’t been hard for me though. It’s never been hard for me to sit down and do music because I get such a buzz off it, it’s like a calling! It’s all I want to do. Obviously it can be hard to learn anything and there are so many things in Ableton that I don’t use or know about but that’s what is so appealing.

The way I make music is that I just jam, you know. I do hear producers talk about a melody in their head which they recreate, but with me, I just sit there and I’m jamming, opening all sorts of different ideas. I’m using a Korg Legacy and a few different synths, it’s not a big studio with all sorts of hardware. I’m not ashamed to say that. If I can recreate sounds all in the box and if  it sounds good to some of the top guys then I’m happy.

I should probably do another course just to learn more stuff about it. I’m also using Maschine and there’s so many things I don’t know how to use. I’ve had it about a year, but I remember listening to a Mad Mike   interview where he said, “Less is more; you don’t need all of this shit if you can make great music.” That stuck with me.

Now Glenn is beginning to reap the rewards, all while producing around the clock from his front room.

I’ve sent Jo [F*CLR Music] a few other tracks and we’ve got another EP good to go at some point. I’m doing this in my front room and she says to me, “Whatever it is, keep doing it.”

The feedback has been amazing from people like DJ Nature. I mean, I’ve been following Ron Trent for twenty years, so to have him say that he’s feeling the vibe is amazing. I just want to keep working, keep putting music out there.

Glenn’s next release, Body & Soul is out on F*CLR in February. The four track EP features three original mixes as well as an Ashley Beedle Remix. Pre order it here…

Glenn Davis – I Feel It

Glenn Davis – Ain’t Got Nothing