Host Spotlight: an opportunity to shine a light on our wonderful radio hosts and wider community, be it a new music release, a brand new music residency or simply to champion them as an individual. Ahead of their party at Melodic Bar this Saturday, we catch up with intergalactic party-starters, Zuku! 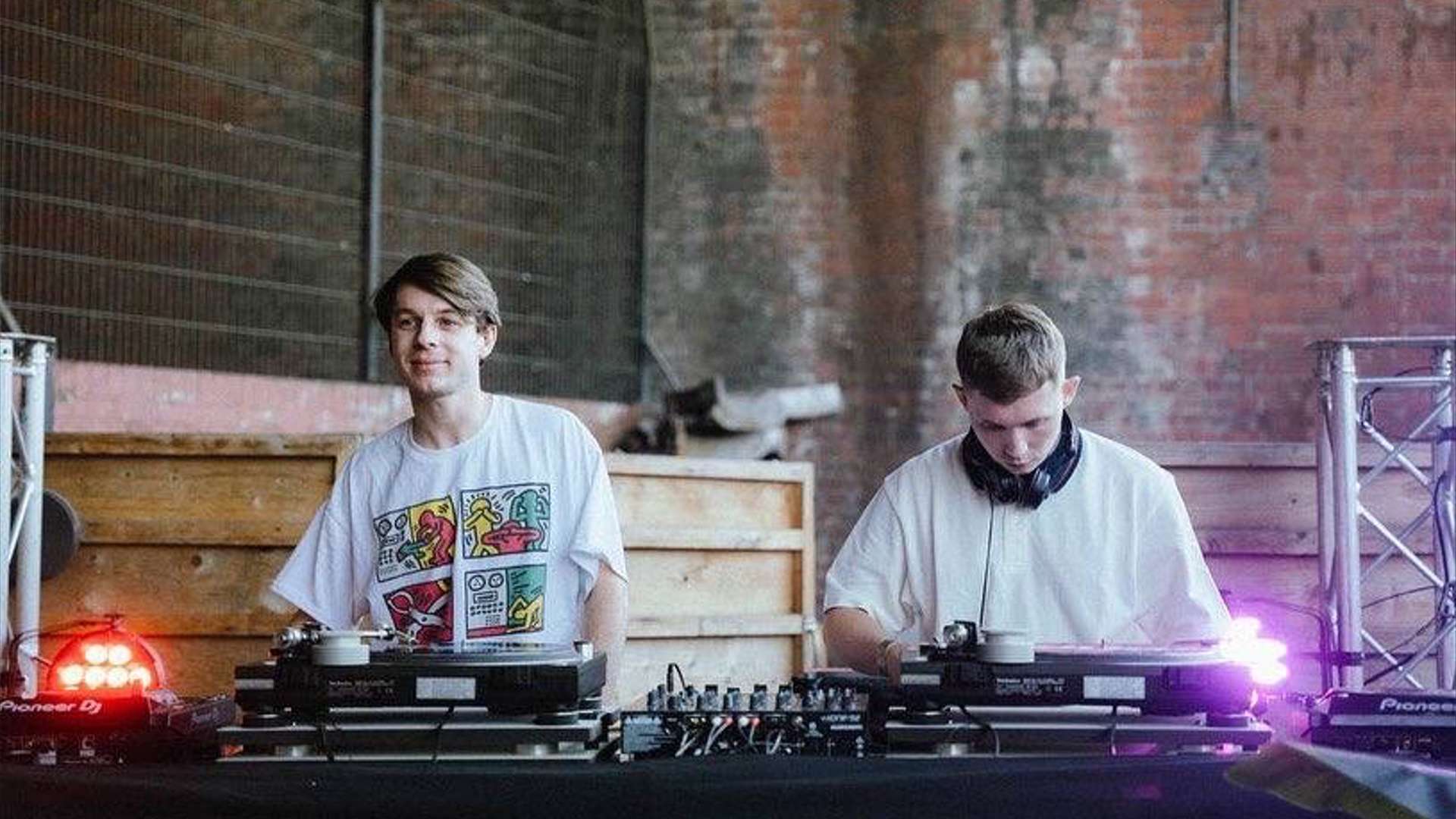 Zuku, made up of Cam, Jared, Ben and Jamie, have been organising events in Liverpool, Chester and Birmingham for the past 5 years. Boasting a unique, underground sound, the Liverpool-based collective have hosted the likes of Oden and Fatzo, Eastfield Swing and Subb-an to name a few. Their MDR residency ‘Planet Zuku’ invites residents and guests from across the globe to showcase a range of sounds, from 90s tech house, italo, breaks and beyond. We find out more below…

Hey Zuku! We’re excited for Zuku Landing 12 on the 6th August at Melodic Bar. What can we expect from the event?

We’re buzzzzin to land at Melodic Bar this Saturday for our first party there! If you pop along you can expect all things old and new, from house, techno, breaks and garage. We’re not tied to one genre here – whatever sounds good gets spun!

We’re bringing one of our good mates, Robert James, up from London. It’s his first time playing in the city since 2011, which is a bit mental considering we were all still in high school then. Local DJ Brent also makes a return to the decks after a break from the scene, and it’s a Zuku debut for RGRZ. Lots of things to celebrate, a crazy one pending for sure!

Who makes up the Zuku team?

Five of us make up the crew and we all have a key role in keeping things ticking (Cam, Ben, Jared, Jamie and Cian). You could argue that the crew extends to our close friends for the support we’ve received over the past four years. They continue to attend and promote the party which has helped us get to the place we’re at today – ya know who you are!

How was Zuku born? What are the main ethos’ of the collective?

We met through partying when we were around 14-18. After a few years of running separate parties prior to Zuku in Liverpool, Birmingham and Nottingham, it wasn’t until 2018 that we decided to team up as we all had the same vision and ideas. Our first night was at Substation with just our residents. Some of the people from that party still come now, which is massively appreciated. I’d like to think that is because of our main ethos – just be sound! We wanted to create a place that felt welcoming to all and made you feel like a part of the crew.

What’s your take on the Liverpool music scene? Where do you hope to see it in five years?

From a party point of view, the scene is on a serious rise. It’s great to see so many promoters putting in the time and effort to create a bigger, livelier scene. They’re bringing a lot of incredible artists into the city and booking them on the merit of talent and skill; all the right reasons basically. There’s a really heartwarming community vibe that’s growing stronger and stronger among the local DJs, promoters and music heads. They’re all making a conscious effort to support their mates’ parties with the favour always being returned. This is something we love about the city. Though on the flipside, it would be nice to see more partygoers attending the independent/underground events rather than the money-driven ones. This will hopefully come with time and it’s where we hope the scene will be in five years.

Also a biggg up to the local producers who are pushing things forward and making noise around the UK right now, there’s some unbelievable talent on show. There are too many names to mention, but they know who they are. We have so much respect for them for keeping the Liverpool music scene on the map.

You always produce the maddest artwork for radio and events, who is behind your designs?

Not too long ago we had to switch designers as our previous one, Jamie Muck, turned into a full-time tattoo artist, which was a mad one! We randomly stumbled upon our current designer, New York-based Kyle Ellingson, whilst flicking through some Khruanghbin posters. It was love at first sight. The guy is an illustrative genius. He’s super collaborative and laidback, which makes working with him an absolute breeze. We can’t thank him enough for the time and effort he puts into the small details – the longer you stare at his artwork, the more you discover. From the start, we’ve always invested a lot i branding, as it goes a long way and sets the tone for everything else. We’re looking to start releasing some of his designs as Zuku merch, so keep your eyes peeled.

Outside of Zuku, what other projects are you involved in?

Zuku has turned into a full-time job at the minute, so it’s all guns blazing a lot of the time. In between the madness, Jamie runs a Sunday football team that a good chunk of our mates are involved with called  #UPTHEJACKOFFS. Jared and Cian have their ‘Dig This’ alias, which is going really well. They’re soon to release a mix for Picnic Records, which is a big milestone for the lads. Ben plays lacrosse to a really high standard and has represented Wales in the past. No one really knows what Cam does. Some say he’s wanted in over 47 countries and that he sleeps upside down like a bat.

Our next big project as a collective is releasing a record label. We’ve been working hard behind the scenes for over 18 months now to perfect it. We should have some exciting  announcements coming early next year (damn pressing plants). Apart from Cam, we all produce tracks, so it only felt right to eventually set up something where we could showcase the Zuku sound.

What’s been your party highlight this year (that wasn’t your own)?

It has to be the best place on earth, Glastonbury! Nothing comes close. With it being postponed for two years and its 50th anniversary, the atmosphere and energy levels were unmatched in 2022. It might be a huge festival, but it still has a party vibe in some of its many areas. Shout out to the BSU takeover at the Wow!

Apart from that, the Art of Dark parties at Fold are silllly, it was our first time there at Easter and the place is just special. I can’t actually believe that it’s in the UK, it has serious Berlin vibes. The night started off with Matthias warming the floor and slowly built it into Del Garda, magical stuff in a magical gaff! Luckily enough, they’re both playing in Liverpool over the next 2 months. Matthias at Reheat (30/09) and Francesco Del Garda at Zuku x The Wonder Pot (26/08) *shameless plug*. Added to that, DMC played his first AOD party in July. That was a special moment as we know Danny quite well and it was his biggest gig to date. Won’t be forgetting that set anytime soon!

Jared: Sirus – Tornado. It really speaks for itself.

Jamie: Jamie Anderson – Unspoken Word EP. Love all four tracks on the EP but ‘Friday Night’ fits perfectly with some of the warm-up sets I’ve been playing recently.

Cian: Spirit of Sound – Vol 2. Nice and rolling with a dub reggae-esque vibe.

What else do you have planned for summer and the rest of 2022?

There’s quite a bit happening before the end of the year! For our next party on August 26th, we’re teaming up with 24 Kitchen Street to bring Francesco Del Garda to Liverpool for the first time in a while. That’s a biggy for us and it’s going to be hard to top that going forward. The lovely people at Melodic Distraction are also hosting Room 2 in 24KS’s new greenhouse room, with some downtempo tunes to get away from the madness downstairs. Tickets for this one are live here!

Following that, we’re playing at Hide and Seek festival this September. The stage we’re playing on has an insaneeee line-up – we join Binh, DJ Masda, Christian AB, Quest, Voightmann, Felon5 and 4DMC. Then it’s a big Halloween party in London with an afters boat taking us through to the next day. A few days after that, we’re flying out to Portugal as we take Zuku abroad for the first time. In late November, it’s our 4th birthday back in Liverpool. To finish off 2022, we’re heading over to Manchester to take over a very special venue for a big showcase, which is also another huge milestone for us. We can’t wait to share this one with you all.

Join Zuku for their free party at Melodic Bar this Saturday with Robert James and residents, 2pm – late. If you’re still hungry for more, Zuku are bringing Francesco del Garda to 24 Kitchen Street on 26th August (rumour has it Melodic are curating Room 2, too) – see you there!