Host Spotlight: an opportunity to shine a light on our wonderful radio hosts and wider community, be it a new music release, a brand new music residency or simply to champion them as an individual. This time, we chat with MrPaul and Moritz, as they evolve from DJ duo, radio show and club night MaschinenFunk into brand new venture: Musique Concrète. 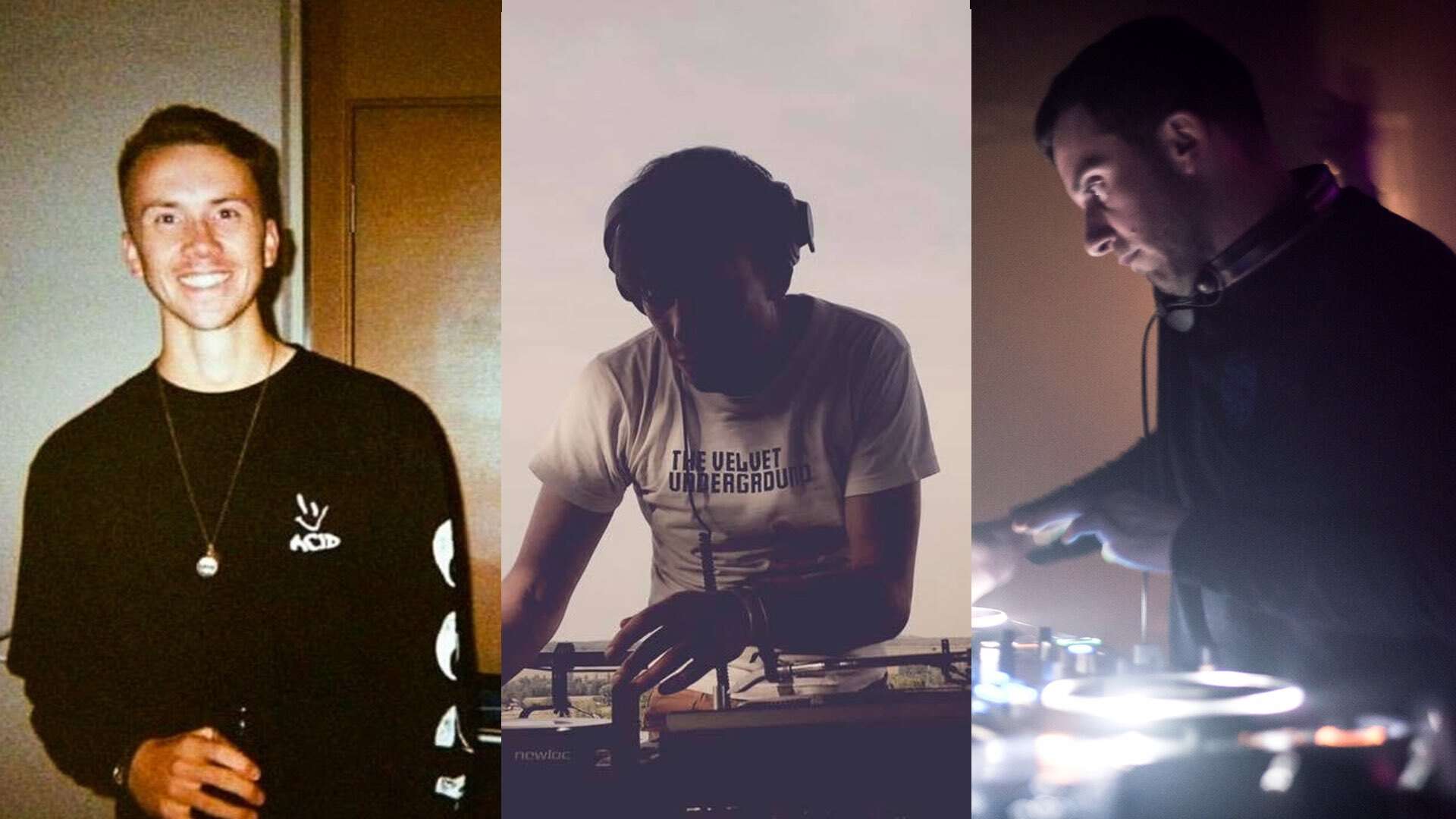 Can you tell us more about Musique Concrète and its ethos?

To give some context, ‘Musique Concrète’ is the name for a then-experimental technique of composition in the 1940s, using raw, recorded sounds as the source material. It is widely thought that techniques used in Musique Concrète laid the foundations for what we call electronic music today.

For the past 6 months, Musique Concrète has existed as an online community with a view to bringing different people and cultures together with one common language – music! We want to foster a community in which we actively share amazing new and old sounds, but also discuss and share ideas on production, technology, art and creativity.

The Musique Concrète team is made up of Moritz (aka Michael Davidson), MrPaul (aka Paul Hutchinson), Dan Larmour and artistic designer Haitham Salem. Moving forward, Musique Concrète the radio show will focus on boundary-pushing, genre-twisting and experimental electronic music.

What inspired the transition from Maschinenfunk to Musique Concrète?

Over the course of 18 months, Maschinenfunk co-hosts MrPaul & Moritz naturally found themselves exploring new sounds and, to some extent, moving away from the traditional Maschinenfunk palette. Collectively, we listen to a wide range of music and have recently been drawn towards a more raw aesthetic, as opposed to a polished electronic sound. As such, transitioning felt like a natural progression – good friend and talented producer Dan Larmour shared the vision and thus, Musique Concrète was born.

Over time, we felt people would hear the name Maschinenfunk and expect a single genre – downtempo chuggers. The rebrand allows the team to head in new directions musically and explore all corners of the electronic spectrum, which ultimately as DJs and producers, we want to do. We’d like to think that building the Musique Concrète brand will provide a platform for the unexpected; for diversity of sounds and to introduce new artists to our audience from a wider field.

How important is the element of community and what do you hope to achieve through creating such a space?

We believe that feeling like you’re part of community – in whatever field it may be in – can have a profound effect on your persona, your taste and the choices you make. We feel that fostering a positive and creative community can inspire many others to push their boundaries, whether that be to try their hand at making music, to go and see an artist they’ve never heard of before, or even host their own events.

We want to build upon the community we already have thanks to the many years of Maschinenfunk, to not only challenge people to listen to new sounds, but to also question the source from which it came from. It’s about thinking deeper about the art presented to them. In this sense, we hope to build a community of people who don’t just treat music as a disposable item, but as timeless art (whether they like the piece or not). Hopefully from this we can help other creatives in the community thrive too.

Between the four of us we have decades of experience in promoting events, producing music and digging for tracks.

MrPaul has a long history in the electronic music scene, winning the prestigious Redbull Music Academy competition back in 2001. A resident of the legendary Korova bar from 2007-2010 and a regular at Liverpool’s Chibuku 2009-2011, Paul also founded Discoteca Poca in 2010. The night brought Liverpool a selection of disco, house and techno royalty such as Andrew Weatherall, Ewan Pearson and Ivan Smagghe.

With a characteristic style, Moritz always sets out to find the right sentiment in his sets, describing his sound as ‘rhythmic, percussive and atmospheric’. At an early age, Moritz got his first taste of electronic music listening to local selectors such as Yousef, Steve Parry and Thomas Tuft, before playing a number of local venues while at University. When he was not studying, Moritz would spend his time record digging and editing tracks. Recently warming up for the likes of Moscoman, Jennifer Cardini and Prins Thomas, and known for his extended sets such as the 6 hour marathon at Kazimier’s OUTPUT Gallery in 2018, Moritz was a finalist in the Frisky Radio DJ competition and UK resident for Melodic Diggers.

What else have you got coming up?

Moritz and Larmour are currently working together in the studio on some new music, which has already been supported by some of the biggest names in the scene.

Expect to hear some exclusives on Melodic Distraction, plus keep an eye out for some label news and launch parties in the coming months….

Keep up to date by joining the Musique Concrète group here, and be sure to tune into their regular radio show on the 3rd Friday of every month.