Host Spotlight: an opportunity to shine a light on our wonderful radio hosts and wider community, be it a new music release, a brand new music residency or simply to champion them as an individual. This time, the focus is on ‘Degenerate Radio’ hosts and 5-piece party starters, Gen and the Degenerates! Having signed to Marshall Records earlier this year, we chat with Gen about the rollercoaster ride since, being rock ‘n’ roll punks and brand new single ‘Runaway Blues’. 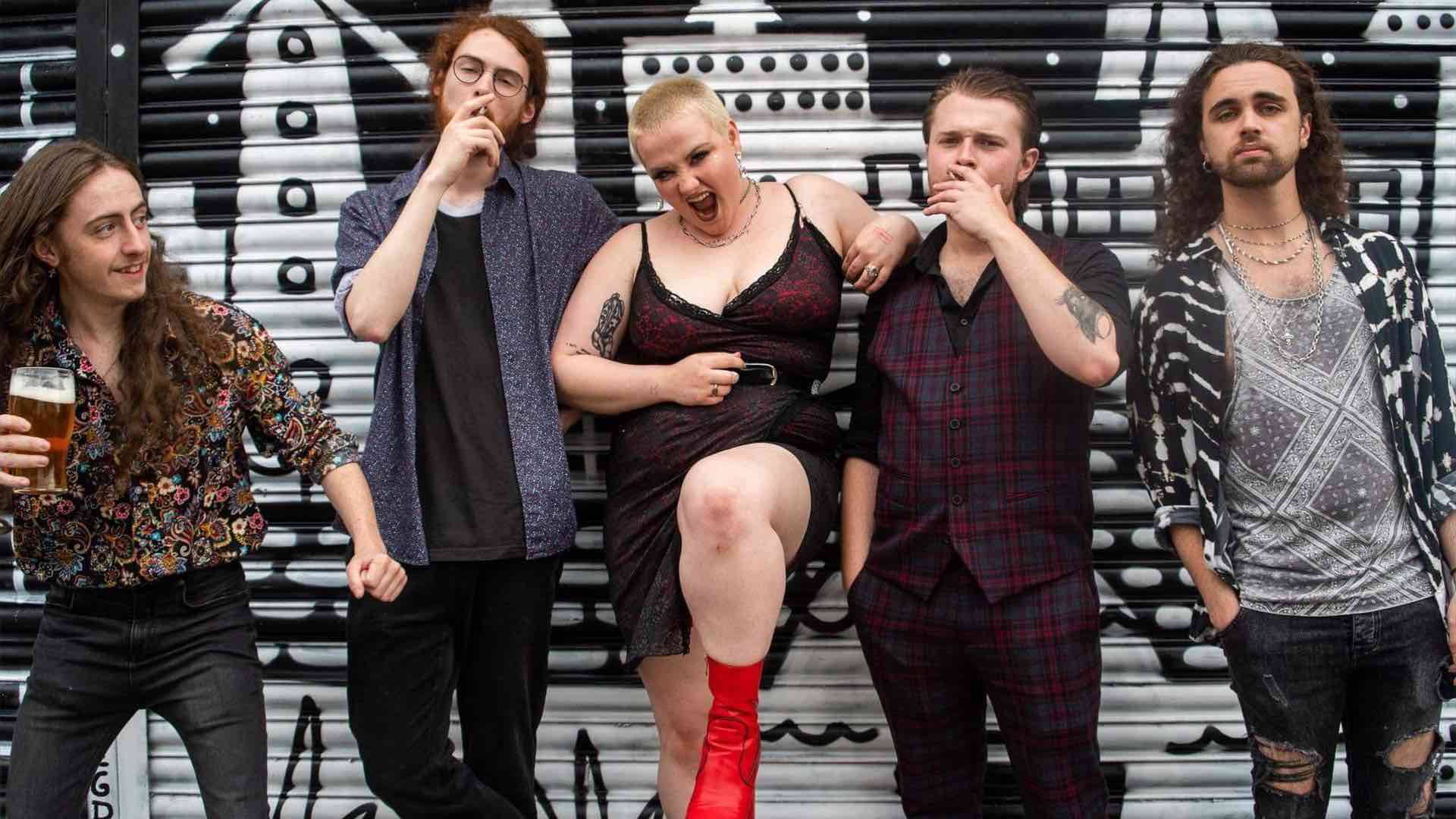 We loooved ‘Underwear’ and now we’re very excited about your new single ‘Runaway Blues’. Can you tell us a bit more about it?

Well first of all thank you very much! And yes, of course. So I actually wrote the chorus for Runaway Blues during a gig I was running ages and ages ago. I had to sneak off to the toilets to do a little voice recording on my phone. It was inspired by my bassist Jay (co-host of degenerate radio) complaining that nobody wrote songs about “rockin” anymore. I always like a challenge so thought I’d give it a shot. I was also fresh off a significant breakup so there is definitely a fair amount of that sprinkled in there too. It’s not a sad break up song though, it’s pretty optimistic I think.

Does your regular radio show Degenerate Radio have an impact on your original music, and vice versa?

Doing the radio show is great because it forces me to keep my finger on the pulse. I always want to make sure I’m bringing in new songs by new artists and so I have to go looking for them. I never consciously set out to replicate a certain song or style, but I think you naturally absorb stuff as a creative and then put it back out into the world through your own lens. If I was left to my own devices there is a good chance all I’d listen to would be old blues records, ‘Rumours’ by Fleetwood Mac and Kesha so it’s good to have an incentive to keep broadening my horizons!

Huge congrats on the deal with Marshall Records! How are you finding working with them?

Thank you! It’s been one “pinch yourself” moment after the other really! I think labels that work the way Marshall do are really rare now. They really give us the space to explore and develop as a band. They say yes to my crazy music video ideas. Not to mention the week we spent at their brand new studio. We even got to walk round the factory and see all the amps being made. It was very surreal!

What’s coming up for Gen and the Degenerates?

We’ve got more singles coming soon (I’m really excited – I think they’re the best songs we’ve produced so far!) but for now, the focus is getting back to live shows. We’ve always been a live band first and foremost so we can’t wait to get back to what we do best. Our first show is Festevol at Invisible Wind Factory on the 14th August and we’ve got our first Liverpool headline on the 18th of December.

‘Runaway Blues’ is out now on Marshall Records and joins ‘Underwear’ on the band’s limited red 7” vinyl out now – check out the video directed, filmed and edited by Marieke Macklon below!

|| GEN AND THE DEGENERATES || DEGENERATE RADIO ||