We’re checking in with another long-standing resident of the station this time round. It’s none other than DJ 2Kind, host of the infamous L100 show on Melodic Distraction, which previously broadcast on the wonderful KCC Live.

We love to see our hosts doing well and making moves in their craft – DJ 2Kind has just announced a brand new weekly show on local station In Demand Radio, which we’re buzzing to shout about. We sat down for a chat on all things 2Kind to find out where it all began for the local legend. Jump in below… 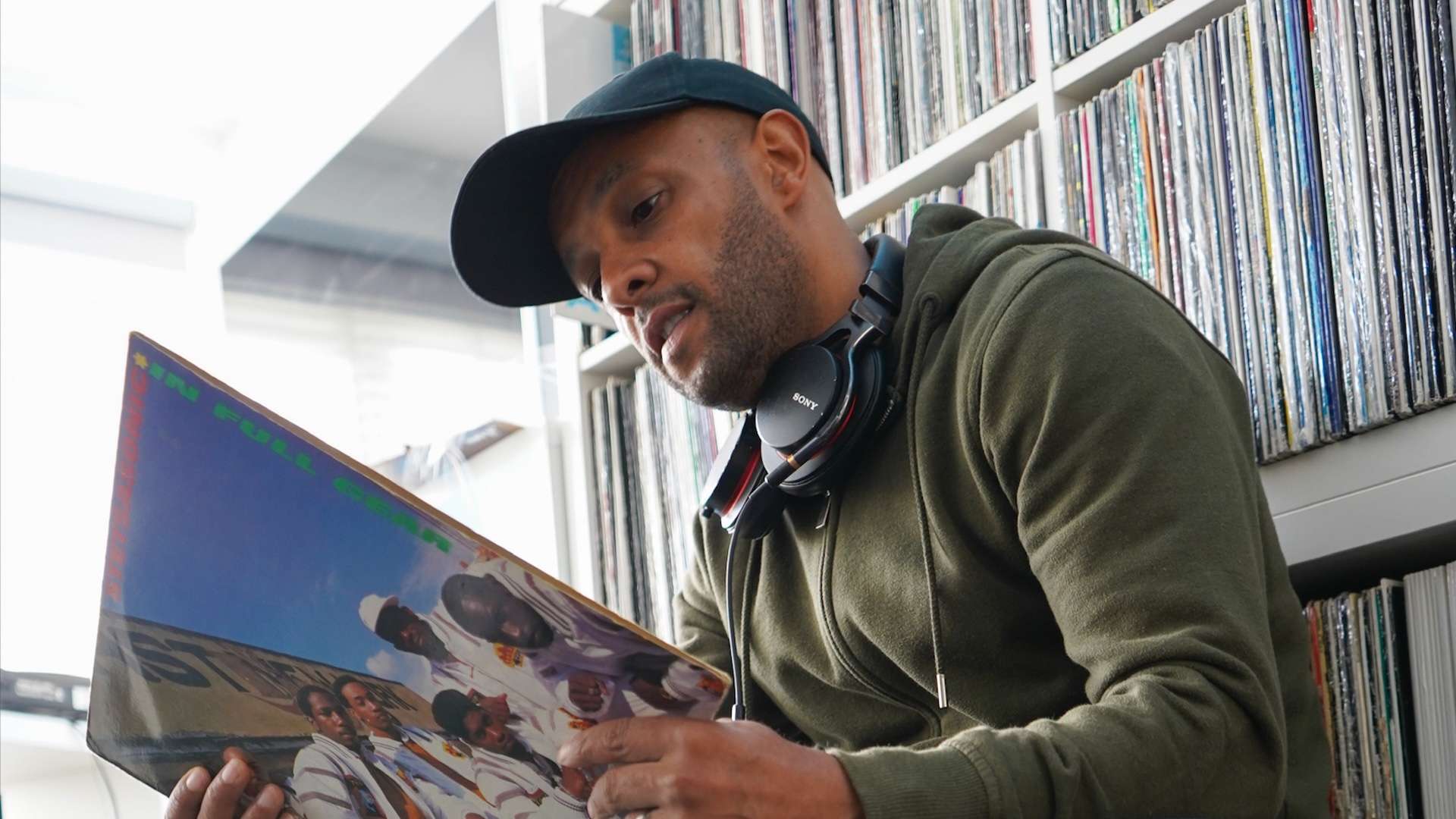 Hey DJ 2Kind! We’re excited to find out more about your prolific career to date but to start with, how did you first get into music?

Growing up, music was always around me at home. One of my brothers (Michael) had a pretty decent record selection and was into 80’s soul and early hip hop (RUN DMC, Sugarhill Gang). The only problem was that I wasn’t allowed to touch his stereo or his records, so when he was out I’d sneak into his room and play them for hours! However, as I got into my teens I discovered hip-hop artists like Rakim, KRS One and Public Enemy. I instantly made a connection and for the next few years (and to this day), hip hop became the soundtrack to my life. Over the years, I’ve done everything from being in a group, hosting radio shows, DJing and even owning a record shop – it’s all been down to my love for hip hop.

Originally MCing for First In Command and later DJing alongside some big names including DJ Olabean and Trevor Nelson, what’s been a career highlight for you so far?

There’s been many! As an MC with First In Command, we once performed at the legendary ‘Borderline’ Club in London. The release of our album on vinyl some 17 years later was a long time coming, but still a highlight. As a DJ and as part of Liverpool’s legendary ‘Lyrical Compact’ (with DJ Olabean and D Fresh), we’ve had so many highlights playing alongside BIG names like  Rampage, Chris Goldfinger, Trevor Nelson and Semtex, to name a few. I’ve also been lucky enough to DJ as support for many of my hip hop idols, from KRS One, Public Enemy, De La Soul, Jeru Da Damaja, The Pharcyde, Peter Rock and many more. However, some of the biggest highlights have been when I’ve dropped a great set to a crowd that appreciates it. Whether it’s 50 people or 500, there’s no better feeling as a DJ than that.

Dream artist to perform alongside?

I’ve been lucky to have done DJ support for many of my hip hop heroes (shout out to Paddy from ‘No Fakin’ for the many shouts over the years). So there’s not many that I haven’t done, however the one act that I still haven’t seen and would’ve loved to have performed alongside would have to be ‘A Tribe Called Quest’. It’s even more gutting now that Phife has passed and I’ll never get a chance to see them. I’m also still a Kanye fan so that would be something, but I can’t see that shout coming any time soon.

Can you tell us more about how L100 was born?

A few years ago, I had a radio show on a different station where I would play the latest in hip hop, R&B and grime. At the time I would break new music from Kanye, Drake, Jay Z, Kendrick, Skepta etc. I had a feature on the show called the ‘L100’, where I would play three songs by Liverpool/Merseyside-based artists. After leaving that station, I joined KCC Live who already had a number of hip hop and R&B shows, so I tried doing an entire show that was focused on local artists. The response was incredible and the chance to give Liverpool artists a weekly platform was something that was needed. 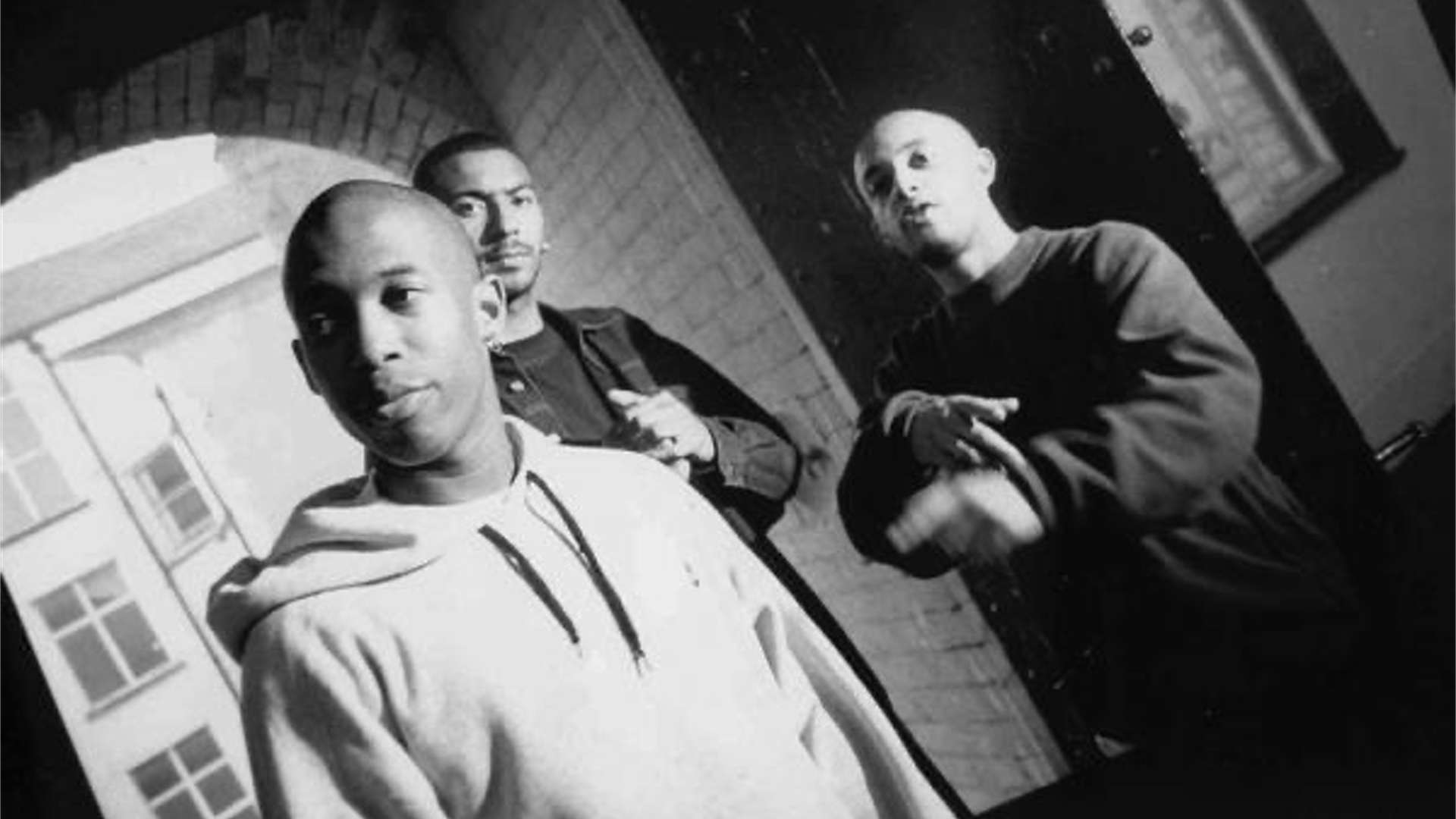 Why do you think it’s important to have a platform like L100 in Liverpool?

Liverpool radio stations have done very little to promote local ‘urban’ music in the past, so to have a show or station that is prepared to give a platform for mostly unsigned artists from the r&b, grime and hip hop scenes is vital. Just like the way ‘Homegrown’ (BBC 1Xtra) has helped build a platform for UK artists, the L100 offers the chance for local artists to get their music played on the radio more often. It’s not just the radio either; The L100 Cypher is a live music showcase that evolved from the radio show and has seen local artists perform alongside the likes of Mobb Deep, Redman and Method Man, DJ Premier and many more. We even took 10 Grime artists to BBC Radio 1Xtra a few years back and did a full hour takeover of DJ Target’s show! So it’s more than just a radio show – it’s become a brand in itself.

Has the local hip-hop scene evolved much since you first became involved in it?

When we started around 1989/90, you could count the amount of rap groups or rappers on two hands and our reach rarely went beyond the North West. Fast forward twenty five years and the level has been raised so much. From Mr Bang On almost a decade ago, to Lee Scott and the guys at Blah Records doing their independent thing at a super high level, and then Aystar and Tremz making incredible strides and collaborating with the likes of Big Narstie and Giggs – things have moved on massively in recent years. Then of course, the past few months have see Hazey and Still Brickin’ literally take over all of the urban charts with their massive singles, so yeah, its evolved in a major way.

Where do you hope to see it in five years time?

If it continues on the trajectory that it’s currently on, then I think we could have our own ‘Aitch’ or ‘Dave’ in the next few years. That being said, it’d be even better if there was a formation of a proper ‘scene’, which saw artists being able to make a living off something they love and are super talented at.

Congratulations on your InDemand residency! How do you use radio as a means to connect with people?

Thank you. The timing of the show with In Demand couldn’t have been better. Over the years, my radio shows have always been about introducing new music and trying to break new artists but when I DJ in the club, it’s always about playing the big room fillers and the classics. With In Demand, I’ve decided to bring that club experience to the airwaves – that’s why we called the show ‘R’n’B Anthems’. This one is not about educating people, as it’s Sunday evening… People are getting ready for another week at work so all they want to do is turn on the radio and listen to the classic hip hop and R’n’B they’ve loved over the years. That’s how I connect with people. If you want to hear the latest from Liverpool and Merseyside urban artists, you check out the L100 on Melodic Distraction Radio. If you want to simply forget about the week ahead and lose yourself in classic hip hop and R’n’B from the 90s/2000s, then you have R’n’B Anthems on In Demand.

Are there any local artists on your radar that we should know about, if we don’t already?

There’s a lot coming through. I’ve recently been checking out Morgo, Deggie and the Motto Estate guys, who are fire. P3ELZ is incredible, Ramma is doing bits and also Dayzy (brother of Blue Saint and Dorcus Seb) is one of my favourite new up-and-coming artists. On an R’n’B tip, check out AMBA and Faye Donna Francis. Then you’ve got the guys who are on the cusp of something great like KOJ, Trapson, MC Nelson, Remee, Shak Omar, Jamie Broad, Chedeye Nights… I could go on for days!

I don’t spend anywhere near as much on vinyl as I used to, or get a chance to spin vinyl anywhere except at home, so I mostly ask for records as gifts from my daughter (Hannah Lynch – Girls Don’t Sync) who recently got me the ‘Madvillainy’ Album by MF Doom/Madlib and ‘Things Fall Apart’ from The Roots. The last one I actually bought myself was a Tuff Crew album from Chopped Herring Records.

More L100, More R’n’B Anthems, More shows and hopefully a podcast  – I’ve been planning to do a podcast for old skool hip hop heads and need to find the time to do it. It’s not your typical hip hop podcast – I got the concept after chatting to a friend who is a great tattoo artist (Mister Cee) and it’s genius. Me and the Mrs (Gina aka ‘Online G’) have done a streaming show called ‘Something Like An Anagram’, which went down well. I’d love to take that to a bar or club too – there’s just not enough hours in the day!

Join DJ 2Kind every Sunday on In Demand Radio, or on our airwaves on the first Tuesday of every month from 6pm, celebrating local hip hop, R’n’B and rap culture across Merseyside.