With festival season fast approaching, a fresh musical offering presents itself within Liverpool’s Baltic Triangle. On The Corner is a new weekend event  celebrating the local and national musicians at the forefront of the UK’s exploding jazz scene. A jazz festival that steps firmly into the future whilst paying homage to the past…

Combining the upcoming talent that inhabits Liverpool’s bubbling music scene with well-known artists on the national circuit, the festival has something for everyone. Whether you’ve got a soft spot for jazz music or feel somewhat unsure on the genre’s boundaries, by the end of the weekend, On The Corner will have found something for you to nod along to.

Taking over Constellations for two complete days – with after parties planned for Brick Street, The Reeds and Constellations, On the Corner is a celebration of some of the city’s most forward-thinking grassroots venues. A true collaborative effort, the festival joins forces with Melodic Distraction, Anti Social Jazz Club, No Fakin’, Madnice Mauraders, Wide Open, Down To Funk, Boogaloo and Bam Bam Bam to cover each and every corner of jazz music in Liverpool. Read on as Melodic Distraction details the weekend’s proceedings from start to finish and take a listen to their latest  radio show on our airwaves…

Take a step inside, where local music heads Madnice Marauders & No Fakin’ host the Off The Corner Stage. Deliberating the  influences between hip hop and jazz, this is a musical haven for lyrical minds and ‘cut, tweak, repeat’ creators. Whether it’s Remy Jude’s first mixtape, Church Parish Society, brought to life by local session musicians or Vels Trio’s performance of Madlib’s seminal reinterpretation of the Blue Note catalogue on Shades Of Blue, the melting pot of talent on this stage is well worth a listen.

Dip back outside where Future Bubblers protégé, Yazmin Lacey, will be taking to the stage. A subsidiary of the well-respected Brownswood label, Future Bubblers is a ‘talent discovery’ hub that works its way around the UK offering new and emerging artists the support they need to springboard their passions into careers. Yazmin Lacey, a success story of the programme, will be returning to Constellations with a full live band following the announcement of her latest album on First Word Records. Supporting her, local purveyors of Latin jazz, The Weave will be soundtracking the main stage while Constellations regulars, The Jam Scones “Quartet”, follow on.

As the evening draws in, sounds from across the UK fuse with local projects to takeover Constellations. Laura Misch, Nu Tribe, Misha Gray’s Prehistoric Jazz Quintet, Pete On The Corner and the Idle Moments DJs all travel to Liverpool to support Fatima & The Eglo Live Band for day one of On The Corner… 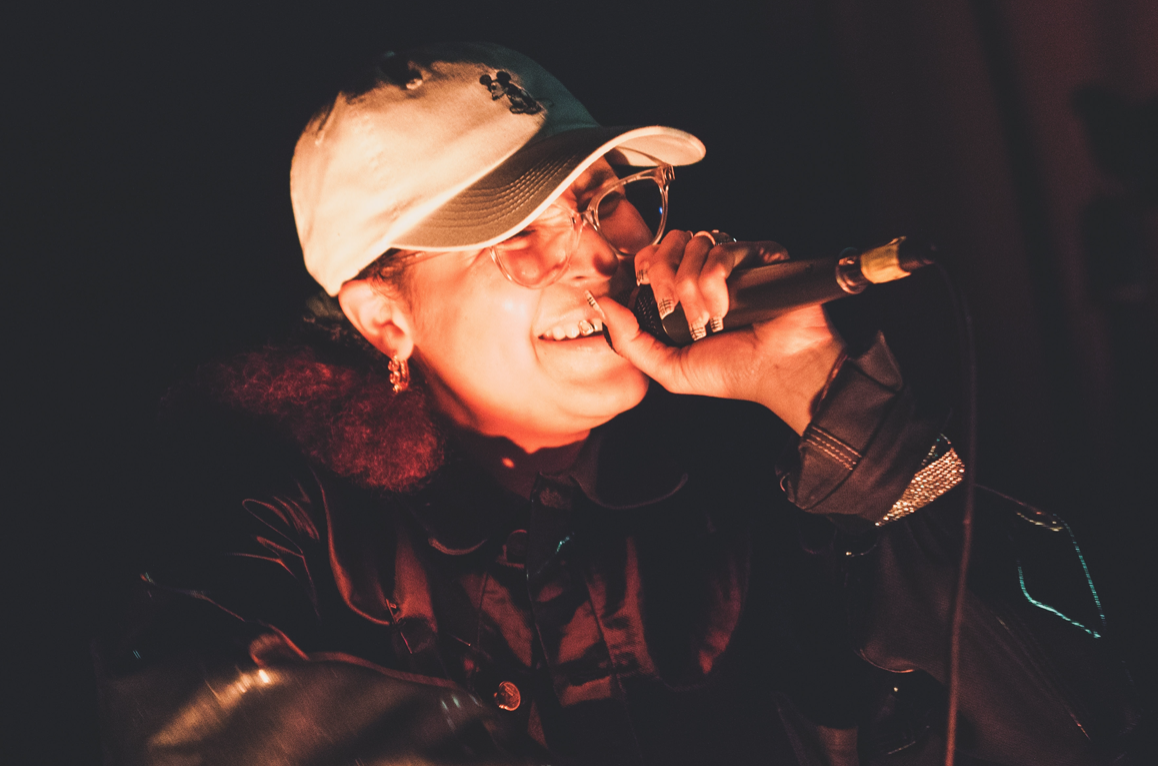 Fatima has without a doubt been one of the most beloved musical guests to come to Liverpool over the past few years, with recent  appearances at 24 Kitchen Street and Constellations. Originating from Sweden and now based in London, few can match her breadth of collaborations. Following Yellow Memories, released on Eglo Records in 2014, a new body of work is in its final stages. With hints surfacing of the exciting collaborations contained within, and a proven record of her previous work with Dam Funk, Shafiq Husayn and Floating Points, you’re likely to hear some brand new material from Fatima in the Constellations Garden.

After Parties [Saturday 29th April]
For those after a little foot therapy, the festival takes late night refuge at a number of Liverpool’s best independent venues. For those looking to continue on a jazz tip, it’s only two minutes round the corner to The Baltic Triangle’s freshest new venue, Brick Street, which will be hosted by Anti Social Jazz Club.

Keen for your fix of Motown? It’s back to Constellations for the official Soul Train after party; an all-vinyl escapade headed by some of the national circuit’s most avid funk and soul collectors. For those in search of some late night energy, you’ll be joining us over at The Reeds from 10pm through ‘til 6am for a Melodic Distraction Resident Party featuring special guests, Pete On The Corner and Stamp The Wax resident; Harri Pepper.

Morning Yoga [Sunday 29th April]
Then, it’s back to The Reeds. If you ever left that is… It’s what Sundays were made for; relaxation with friends and good chat as Rob Vibes hosts a yoga class soundtracked by Melodic Distraction’s Lupini. Two hours of relaxation, breathing methods and yoga positions should see you right for another day at On The Corner. This will be the first project by Melodic Distraction focusing on the synergy between music and wellbeing.

Friends & Family Day [Sunday 29th April]
For the final segment of this year’s debut jazz weekend, all ages are welcome to Constellations. We’ll be inviting a whole host of selectors, labels and record stores down to offer you the best new wax treats and merchandise. Enjoy music from Wide Open and Bam Bam Bam who host the Constellations Garden, inviting Dharma Collective, Lupini, Tom Lye, Elliot Hutchinson and Down To Funk to join the party. Closing it all off, Scottish jazz hero, Werkha, will be bringing his live band to finish the first On The Corner Festival. 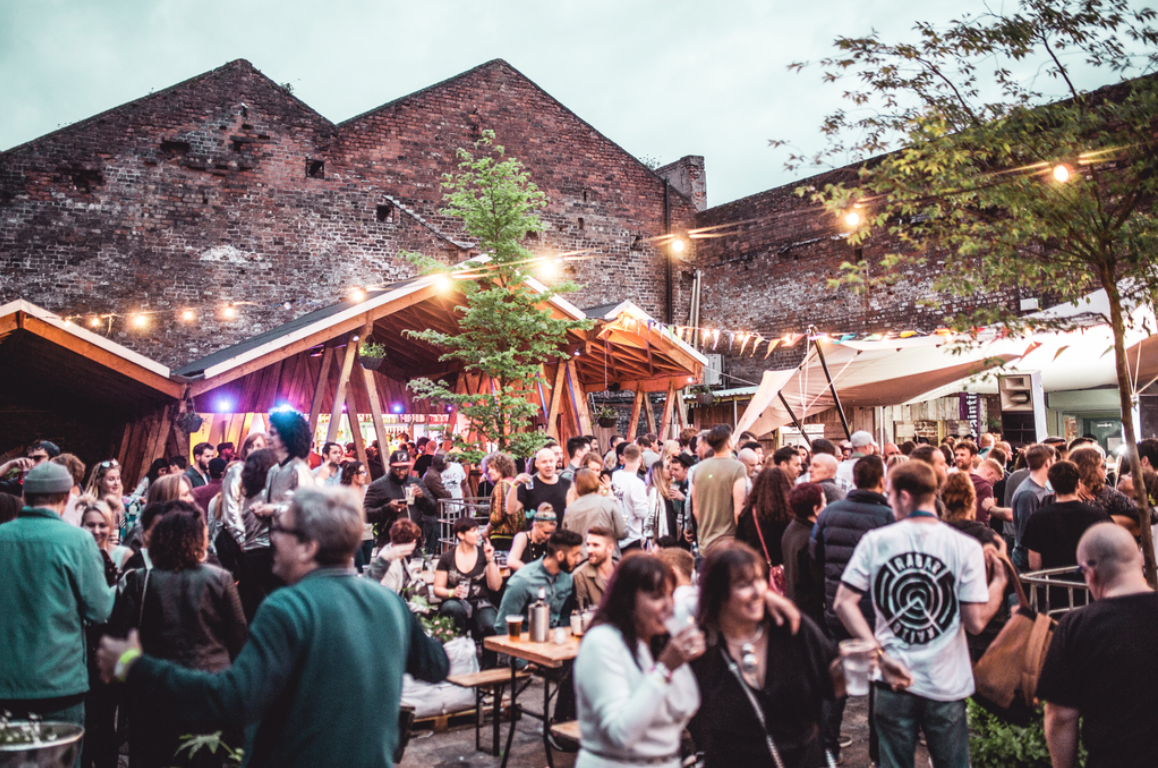 With a scene that is exploding with talent, ambition that is flooding through the cracks, and spectacular venues that encourage our city to groove, On The Corner is the perfect opportunity to while away the weekend and discover something new.

It’s important to continually take a step back… keep going …and look at the scene we’re so privileged to have on offer right in front of us. From hard-grafting promoters to forward-thinking venues and artists, the city is rife with talented musicians. Support your local scene and cop a ticket for On The Corner. Explore the fusions that embed themselves into what we now know as today’s jazz scene and heed the words of our trusted friends at Dig Vinyl; ‘Use ‘em or lose ‘em!’

To buy tickets for this event please visit the events page: On The Corner tickets from Skiddle.