We’re turning 5! In the first of three deep dives into the artists we’ve hand-picked to celebrate 5 years of Melodic Distraction with us, we’re checking out our favourite skateboarding illustrator, Sketch Stance.

Ever wondered where the hands logo came from? Well we have that skateboarding fella with the boss ink and pen work, Sketch Stance, to thank for that.

He was our first port-of-call when looking to celebrate the past five years and we’re elated to share his classic black and white design. What’s a birthday without cake, anyway? 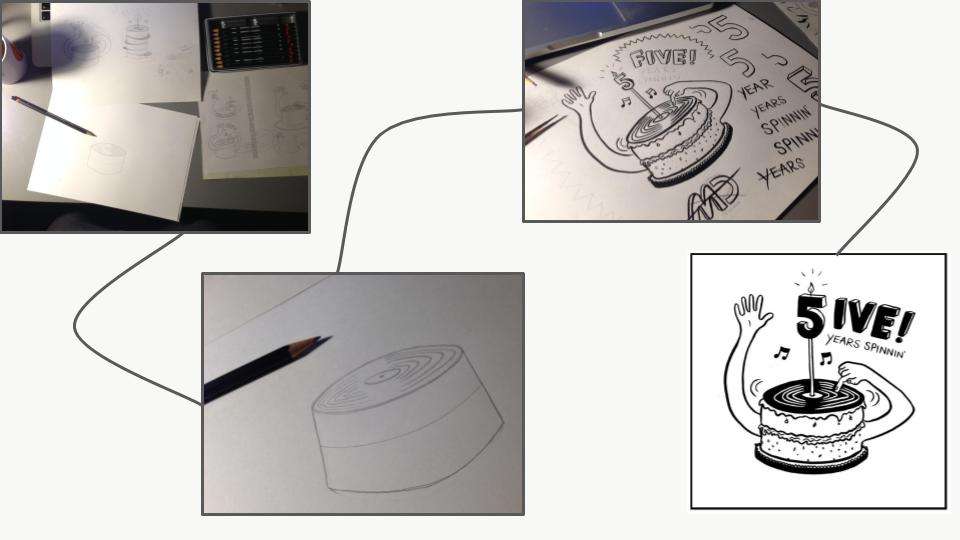 Sketch Stance (AKA Russ) has been a favourite among everyone from skate brands to musicians and coffee merchants for some time now. His work with Bold St Coffee and Buyers Club first caught our eye back in 2016 and a few years later we asked him to join forces with us on a logo for our crowdfunder. Originally designed for the campaign, we liked the illustration so much that we’ve taken it with us ever since! 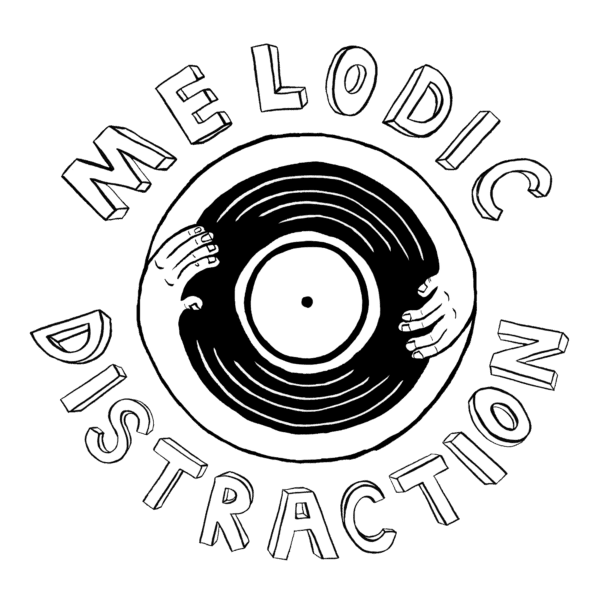 Often found on four wheels, Russ’ skate company, Mersey Grit, is a driving force behind the local skate scene and has played a huge role keeping our local Baltic-based skatepark in check. Always driven and active, it was a 2009 Liverpool-wide blanket ban on skateboarding in the city centre that spurred Russ and the skate community to build the New Bird St skatepark in the Baltic Triangle. From a handful of motivated skateboarders shuffling round at night with shovels and bricks to the full blown neon, multimedia friendly skatepark we witness today, the area has definitely developed a lot since the early days. Now utilised heavily as an urban lunch break spot, look book and wheel hub, there’s a magic in its enduring relevance and as a continued meeting point for local skaters. As Russ says, “Times may change, concrete may crack but those first pours of concrete were made with the intention of lasting 10 days, not 10 years…”

Skating since ’94, Russ confesses that he’s still completely obsessed. A desire to give back to the scene he loves, combined with an art degree, led him to create Mersey Grit alongside his friend, Chris. The company has a loyal following and has featured in skateboarding magazines the likes of Sidewalk and Grey.

Russ has also worked alongside a spectrum of different collaborators outside of Liverpool including; Carhartt, Vans, Nike SB, Sidewalk Magazine and even our good friend Jaxon Lamond’s Perth dancing party, Din Daa Daa.

Russ’ musical tastes lie firmly rooted in the 90s; listing artists the likes of Rancid, Operation Ivy, Cypress Hill, The Beastie Boys and Thin Lizzy as featuring on his low-key isolation skate session soundtrack. He assures us however that when skating with friends, the headphones get left firmly in the bag so that he can take the hype and heckles of fellow skate heads onboard.

When illustrating, his shifts are soundtracked by the more mellow sounds of Lungfish, Tortoise, Twin Galaxy or the Bad Seeds. Our latest 5th Birthday design was inked while deep into a solid Mac Dre session.

Always with plenty of irons in the fire, we can expect much more from Russ, Sketch Stance and Mersey Grit in the coming months. He also has new recordings en-route with his band, Coughin Vicars. Be sure to check ’em out!

For now, click the Sketch Stance x Melodic Distraction tee below to peep the full 5th Birthday collection. And don’t forget to…. 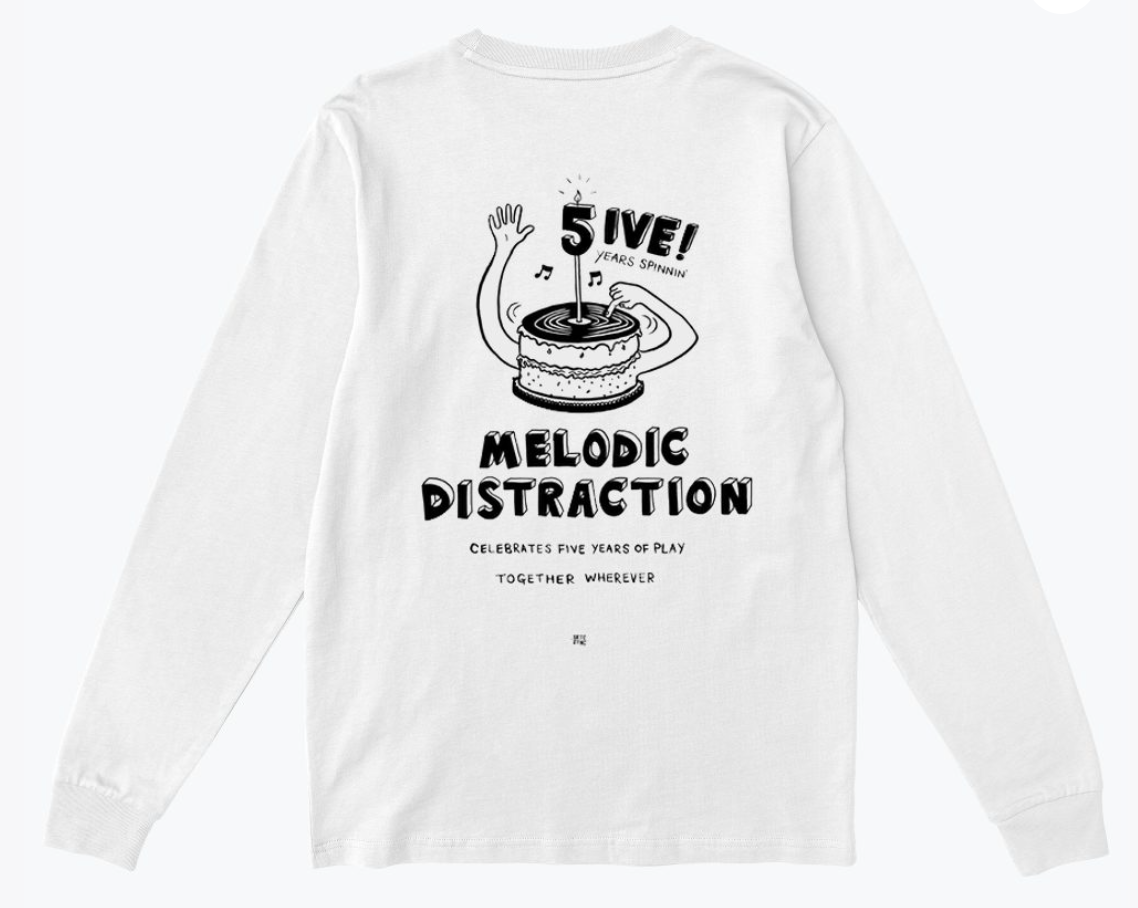 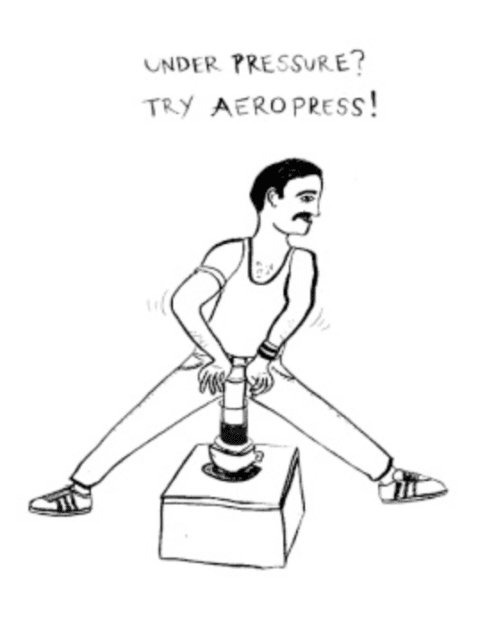