When trying to capture the essence of what makes Bob Dylan so special one is easily overwhelmed by the sheer size of his discography and its influence. He brought folk to the mainstream, he birthed folk-rock and influenced countless artists from the Velvet Underground to Neil Young and he released a considerable amount of the greatest records of all time. However, Dylan’s most profound achievement is not sonic. He captured the zeitgeist of a generation and became their voice. He charged pop music with depth, meaning and gravity. The youth were angry. Frustrated with senseless wars, mass poverty and poisonous racism. The old way.  And Dylan’s songs became the sound of their revolution- ‘The Times They Are A-Changing’ ‘Only A Pawn In Their Game’ ‘Masters Of War’ to name a few. Dylan was the catalyst, he spoke for the people and he inspired the people. But you’ve heard this all before. 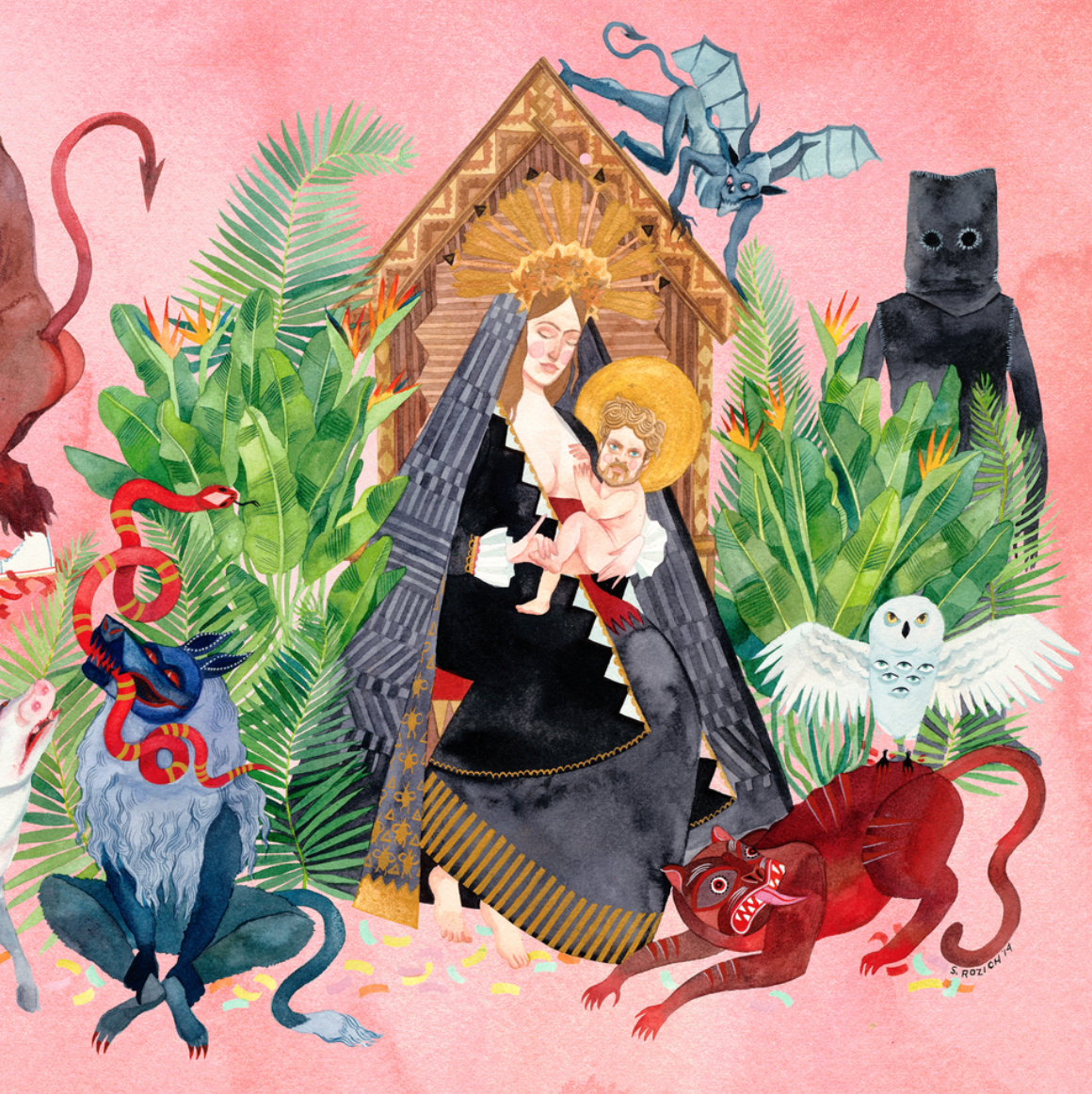 Now fast forward to the mid 2010’s. Youth culture isn’t as black and white as it was. We’re distracted, alienated, split, scattered. We exist in a nebulous cloud of dissatisfaction, most of us have everything we could desire and convenience is a given right. Yet we’re lost, meandering through social networks and blogs trying desperately to pinpoint who we are, something that distinguishes us from the rest. A far cry from the unity of the 60’s and 70’s, we have never been more fractured. We are completely disillusioned from each other, whatever it was that connected youth culture of the past has been replaced by something else, something ineffable. Suffice to say expressing a culture as convoluted and muddled as ours in a medium as restrictive as a song is no easy feat, impossible one might say. 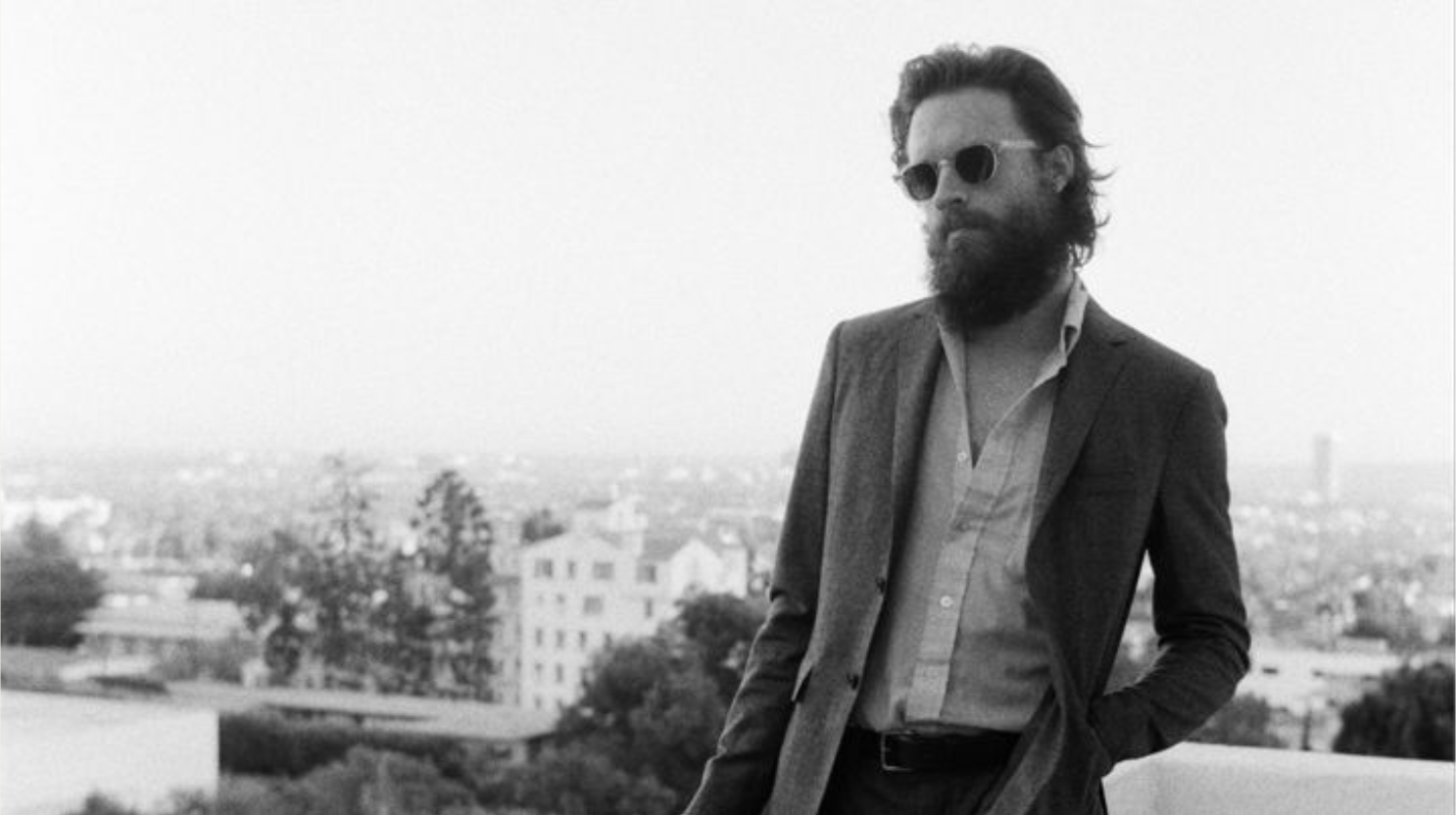 Father John Misty’s ‘I Love You Honeybear’ is a collection of modern day love poem’s wrapped in luscious pop-folk instrumentals. A pleasant glow of strings, warm chorus and bright pianos, candy for your ears. However what stands apart in the Album is Misty’s song writing. The songs at their core are love stories, they are sappy and sweet yet the angle at which Misty frames his tales is what makes him special. In ‘The Night John Tillerman..’ Misty sings of a romance filled with paranoia, “unconvincing” sexual prowess and feelings of resent inspired by her “petty vogue ideas”. Now who among us can truly say they don’t deeply relate to breathing a mental sigh when somebody claims “Music is the air I breath”. The song is an astute portrayal of uncertain romance in the Facebook generation. ‘Bored In The USA’ is a piano ballad that explores the existential plight of contemporary life. “they gave me a useless education, and a subprime loan, On a craftsman home, keep my prescriptions filled, and now I can’t get off, But I can kind of deal with being bored in the USA”  This verse gently recounts the frustration many of us feel when grappling with the seeming hopelessness of our chartered course and more poignantly the disappointing truth of our acceptance of it. In ‘Holy Shit’ Misty uses pithy one liners to create a fast moving twitter feed of contemporary woes ‘Bohemian nightmare, dust bowl chic. This documentary’s lost on me. Satirical news, free energy. Mobile lifestyle, loveless sex. Independence, happiness’. With the song’s chorus musing on postmodern ideas of love and its pragmatic reality ‘Love is just an institution based on human frailty’, ‘Maybe love is just an economy based on resource scarcity’.

Throughout the album Misty, thoughtfully contemplates the well worn ideas of love and sex and provides his listener with a product that is equally philosophical and amusing. The album is an essentially modern perspective on things we all experience. His songs are like the observations somebody makes that you didn’t know described your life so perfectly until they said it. In a muddled and abstracted sense, he is our Bob Dylan. His message is not clear, and there is no call to protest. But he understands us, he knows what we’re thinking and expresses it more poetically and succinctly than we ever could.