I never used to pay any attention to the thick layer of plastic pint glasses covering the floor of whatever club, gig or festival I was attending but now the sight keeps me awake at night.

As someone known to be ‘a bit of a worrier’ or prone to a little exaggeration at times, I sometimes think my sense of impending doom about the climate may be a symptom of my character. However, the almost daily reporting of some freak weather event, mass climate protests in numerous countries and the online bullying of a 16 year old girl with Aspergers by people who really should know better leads me to believe that my gut is probably right and we’re in more than a bit of a pickle.  Whether we want to or not, we now all need to collectively and personally take a cold hard look at the impact we are having on the planet.  We can no longer bury our heads in the sand… what’s left of it that is.  Our scrutiny needs to go much further than whether we remember to take our Bag For Life to Tesco or if we’re eating too much beef mid-week.  It needs to be applied to every aspect of our life including our social escapades, our consumption of music and entertainment.

It’s difficult to reduce the scale of the problem to a paragraph or to put an overly optimistic spin on it, but please bear with me whilst I rattle through the key headlines *deep breath*.  In October 2018 the IPCC produced a report looking at the impact warming was having on the plant, specifically an increase of 1.5-2°C above pre-industrial levels.  We are already at 1-1.1°C and are likely to reach 1.5°C between 2030 and 2052 at the current rate of warming.  The IPCC concluded that with a rise of 1.5°C the frequency and severity of extreme weather such as cyclones, wild fires, heavy rain, flooding and drought will increase dramatically.  The impact this will have on our fragile ecosystem will be devastating with many species unable to survive.  Terrifyingly, there are some scientists out there who believe that we have already entered a now unavoidable mass extinction phase.

No need to completely freak out just yet however.  Thankfully there are some positive steps that we as individuals can take to try and make the future not as painful as it could be.  Globally we need to reduce human-caused C02 emissions by 45% by 2030 and reach net zero by 2050.  To get to this level we need to significantly reduce our consumption of non-green fuel (oil, petrol, gas, coal), massively reduce agricultural emissions a significant amount of which is created by livestock letting rip, and introduce some form of CO2 removal and storage system (more trees!).  The scale of the task is daunting and it is one that we all need to take ownership of at an individual level. 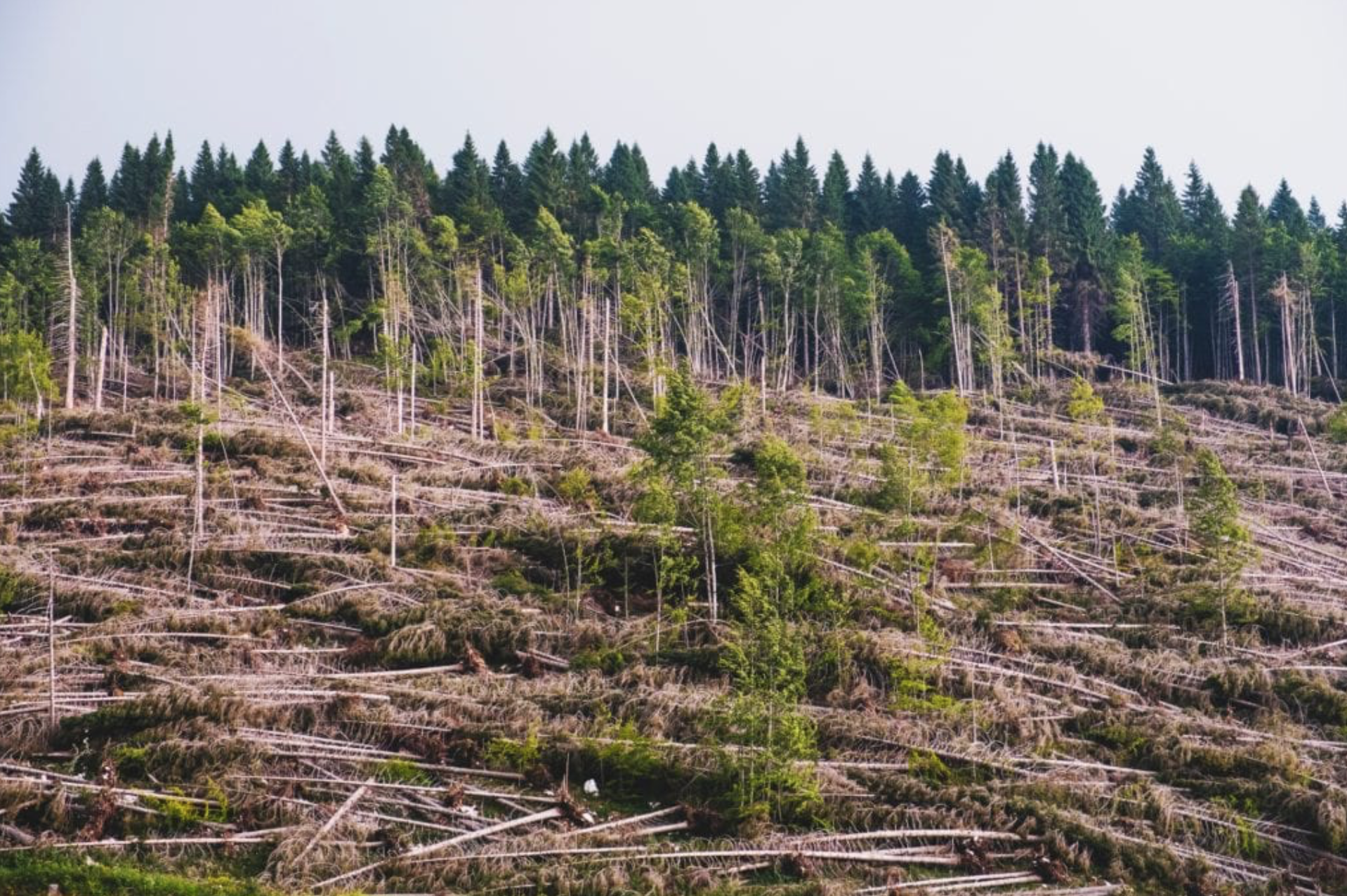 Back to those pesky plastic pint glasses!  Although the plastic issue may seem more relevant to pollution rather than greenhouse gases, it isn’t entirely. The increasing reluctance of the public to use single-use plastic is definitely evidence of a growing awareness of our impact on the planet generally.  Maybe by showing that it is pretty easy to make small changes to our behaviour in this sense, the larger changes that we will inevitably need to make will seem more manageable.  Start with the easy, work our way up to the difficult.

So what impact does single-use plastic actually have on omissions?  The exact difference between the carbon footprint of bottled water compared to that of a reusable bottle varies greatly in reports.  Both products have a carbon footprint, largely caused by their manufacture and transportation.  A reusable bottle is certainly not carbon neutral but, without wanting to be too obvious about it, the manufacturing process only occurs once.  The Office of Sustainability at the University of Wisconsin-Madison produced an article which suggested that the carbon footprint of a reusable bottle was 0.28 grams C02e per refill compared with purchasing a bottle of water with a carbon footprint of 280 grams C02e, about a thousand times higher.  That’s a significant saving if correct.  Over 38 million plastic bottles are used every day in the UK alone (and 91% of the plastic in them isn’t recyclable).

For balance, there are organisations out there that believe that reusable bottles have a greater impact on carbon emissions than single-use bottles.  One such report comes from BP (I know, right!) who suggest that whilst a ban on plastic may reduce the need for oil used in production it could increase the consumption of energy required elsewhere in the processes such as sourcing, producing and transporting alternatives.  Now I’m not questioning BP’s intentions at all being one of the largest oil companies in the world and this conclusion may very well be true, for example glass is heavier than plastic and therefore more energy is required to transport it, but surely the key point is that reusable plastic is reusable.  We therefore do not need an alternative ‘single use’ product which requires sourcing, producing on mass and restocking.

In March 2019, the European Parliament approved a new law banning single-use plastic  (principally plates, cutlery, straws and cotton buds) by 2021.  Member states will have to achieve a 90% collection target for plastic bottles by 2029 and they will need to contain at least 25% of recycled content by 2025 and 30% by 2030.  Although it is encouraging to see legislative action being taken, albeit due to Brexit it is not clear what position the UK will take. Some will view this commitment as not going far enough to reduce the amount of plastic being produced or the amount ending up in landfill or the sea. 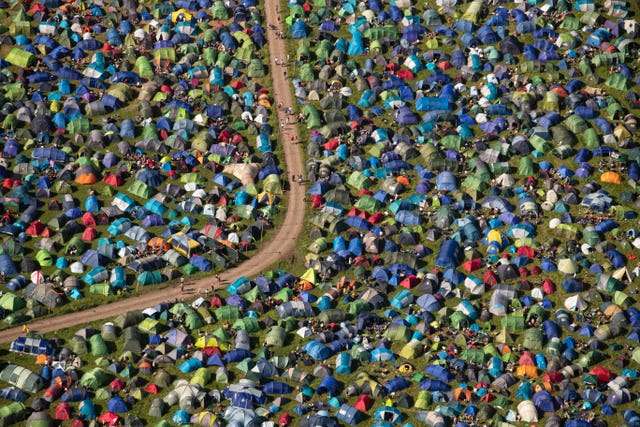 The banning of single use plastic from events and festivals is gaining significant traction, the most notable being this year’s ban at Glastonbury Festival who also threw in a surprise guest appearance from Sir David Attenborough for good measure.  Having attended, the ban was undeniably a success.  The benefits were clear to see; the site was cleaner, there was no crunch of plastic beneath your feet as you stumbled back to your tent and there was an almost tangible sense of collective pride and social assertiveness about ‘making a difference’.  It also seemed incredibly easy to implement in the sense that everyone just got on with it without grumble.

Many festivals and events are following in Glastonbury’s plastic free footsteps and even before Glastonbury took place. Live Nation – the world’s largest concert promoter – stated that it too would ban all single-use plastic at its venues and festivals by 2021.  In addition, approximately 60 independent festivals across the UK who are part of the Association of Independent Festivals signed up to a ‘Drastic on Plastic’ initiative to ban all single-use plastic by 2021.  Following the success of the ban at Glastonbury maybe these steps could be taken earlier but it is certainly a step in the right direction.

Save for the Warehouse Project in Manchester that recently announced that it will be completely plastic free moving forward, with an estimated 150,000 bottles being removed from the system (hopefully this pledge extends to plastic glasses as well), change seems to be moving at a much slower pace at a local level.  There was certainly a significant amount of single-use plastic at the Liverpool International Music Festival in Sefton Park in July this year and some may say the plastic free alternative canned lager was a little grim.  Very generally, local club nights held in small venues and bars have little need to ban plastic.  Drinks are still served in actual glasses, a glass bottle or can.  It seems to be the middle to larger scale events where the single-use plastic begins to creep in, at venues purposely built or converted for larger club nights and gigs, those that probably wouldn’t be open if an event wasn’t taking place.  It is undoubtedly either for cost, storage and/or safety reasons as to why single-use plastic is being used at such events and all are entirely understandable reasons.  However, there are alternatives available such as cans (even of water) and harder plastic glasses that can be washed, reused and stored in a similar way as single-use plastic glasses.  Hard plastic glasses are already being used at many outdoor venues across the country, including rooftop bars where there may be a fear that people will throw glasses off the side.  Schemes have been suggested where you pay a small deposit for a reusable glass that will be swapped for a clean one when you bring it back to the bar, reducing the need for glass collectors which aren’t really practical at larger club nights. 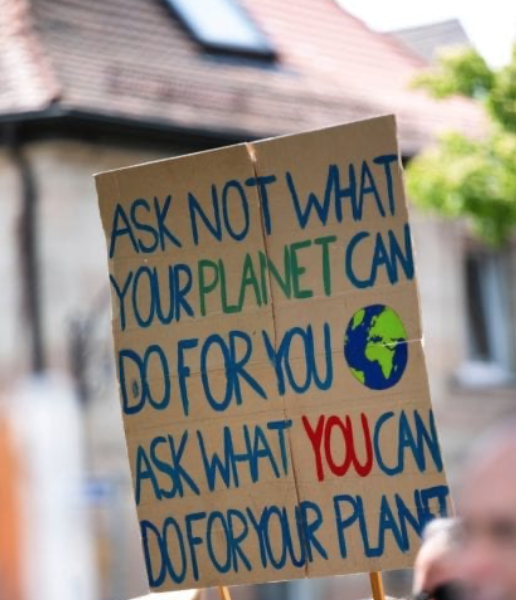 Do we need to wait for governments or possibly reluctant venue owners or promoters to take action?  Are there changes we as individuals can make to increase the speed of change, going one step further than buying whatever lager is being sold in a can in the venue?  A very thoughtful friend of mine bought me silicone reusable wine glasses for my birthday this year and they have been somewhat of a revelation in respect of how easy they are to take out with me.  As they are made of silicon, they fold or roll into a very small size and come with their own drawstring bag so that any residual liquid doesn’t seep out to places you’d rather not have wine.  Granted I have not tried one myself but a quick online search suggests that reusable and collapsible pint glasses are available for as little as £4.00, collapsing to a size similar to a petri dish.  Maybe it is for us as individuals to take action and implement real change, saying no to anything served in a single-use plastic glass.  In any consumer driven business what doesn’t sell doesn’t get restocked.  Maybe by using our own reusable items change will happen quicker.

Taking your own reusable glassware to events may seem, to some, like a bit of an inconvenience but if that inconvenience extends only to having to take a small rucksack at most out with you then surely it is one small and easy change worth making.  The C02 saving may not be the biggest but faced with the future predicted surely every little helps?