Over the past two months, Melodic Distraction in partnership with Rum Riddimz Run and hosted by resident DJ Alien Izz, have been running a series of free DJ workshops for underrepresented genders in the music industry. The 6 week course ended with a live showcase at Melodic Bar on Friday 4th March, with all 5 of the participants playing their first ever set! In this article, we chat to Alien Izz to find out more about the workshops… 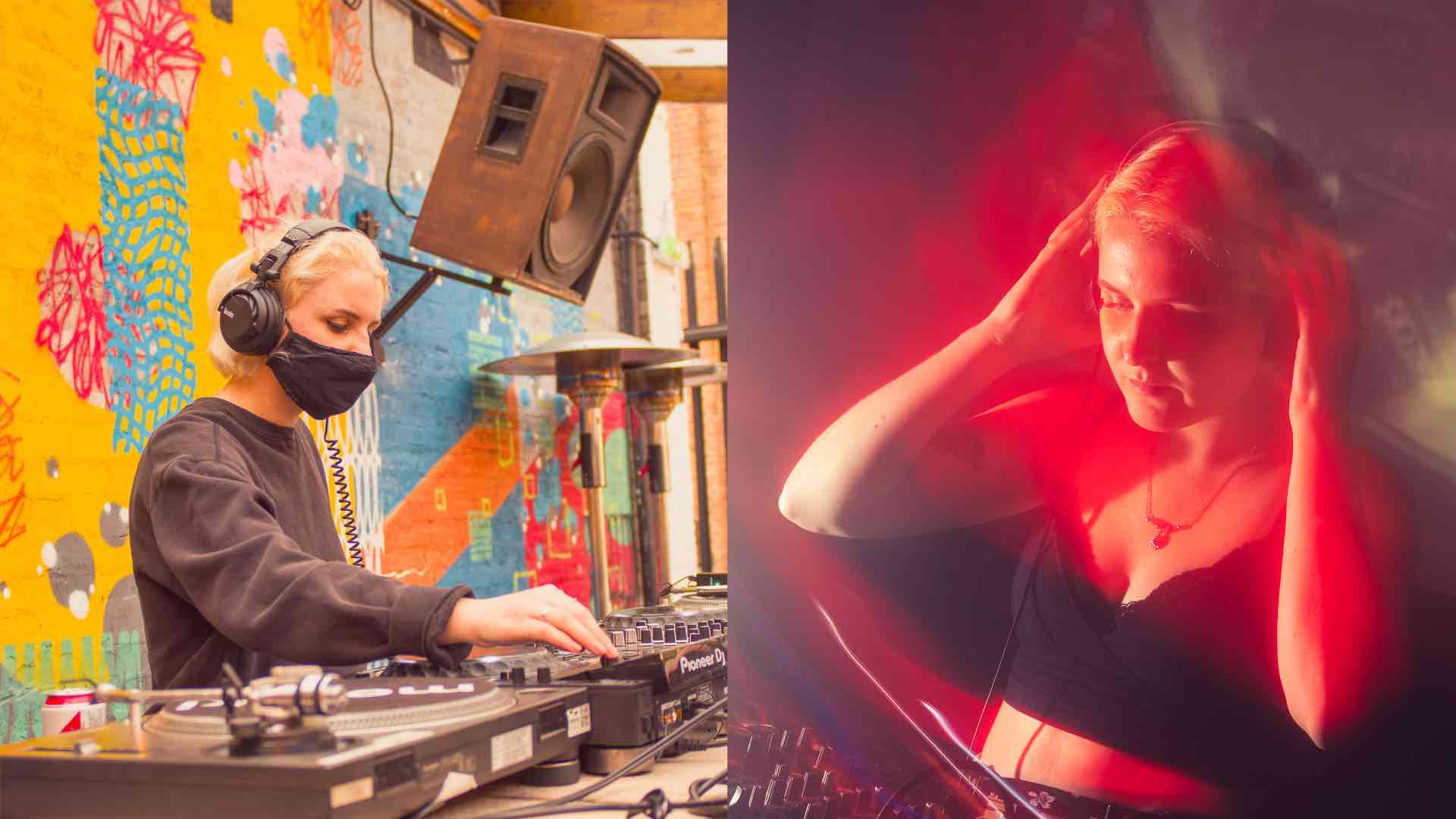 Hi Izzy! How did the workshops come about?

Melodic Distraction have previously ran DJ workshops for women in Liverpool, hosted by in-house resident Lupini (aka Nina). This summer I took over the project and, by coincidence, was chatting to Joe Mac (half of Run Riddimz Run) at one of their events. They had just secured funding to run a series of workshops of a similar vein and so it made sense to partner up. Rum Riddimz provided funding and publicity, with Melodic contributing our studio space and a further promotional platform. We advertised the workshops for 3 weeks, places were offered in December, then the course started in mid-January running until the end of February.

Did you get a big application response and how did you decide who to give places to?

Yeah, the response was insane. We had 42 applications, all from those living in the Merseyside area – so many people were keen to get involved! We decided to limit places to 5 people in order to create an intimate space, where everyone had enough time to practice on the decks whilst being able to bond as a group. There was no perfect way to go about deciding, but one thing we prioritised was to offer spaces to those from intersectional minorities. Of the 5 people who were offered a place, 4 were from low income backgrounds and unable to afford lessons privately, and 3 were from ethnic minorities.

Another key decider came from reading the applications thoroughly (it took hours and hours). I wanted to see who was most interested in learning how to DJ and had wanted to for some time, but just felt intimidated by asking their DJ mates, who happened to mostly be men. It was tricky selecting 5 people, but everyone on the course was super enthusiastic and keen to get stuck in! 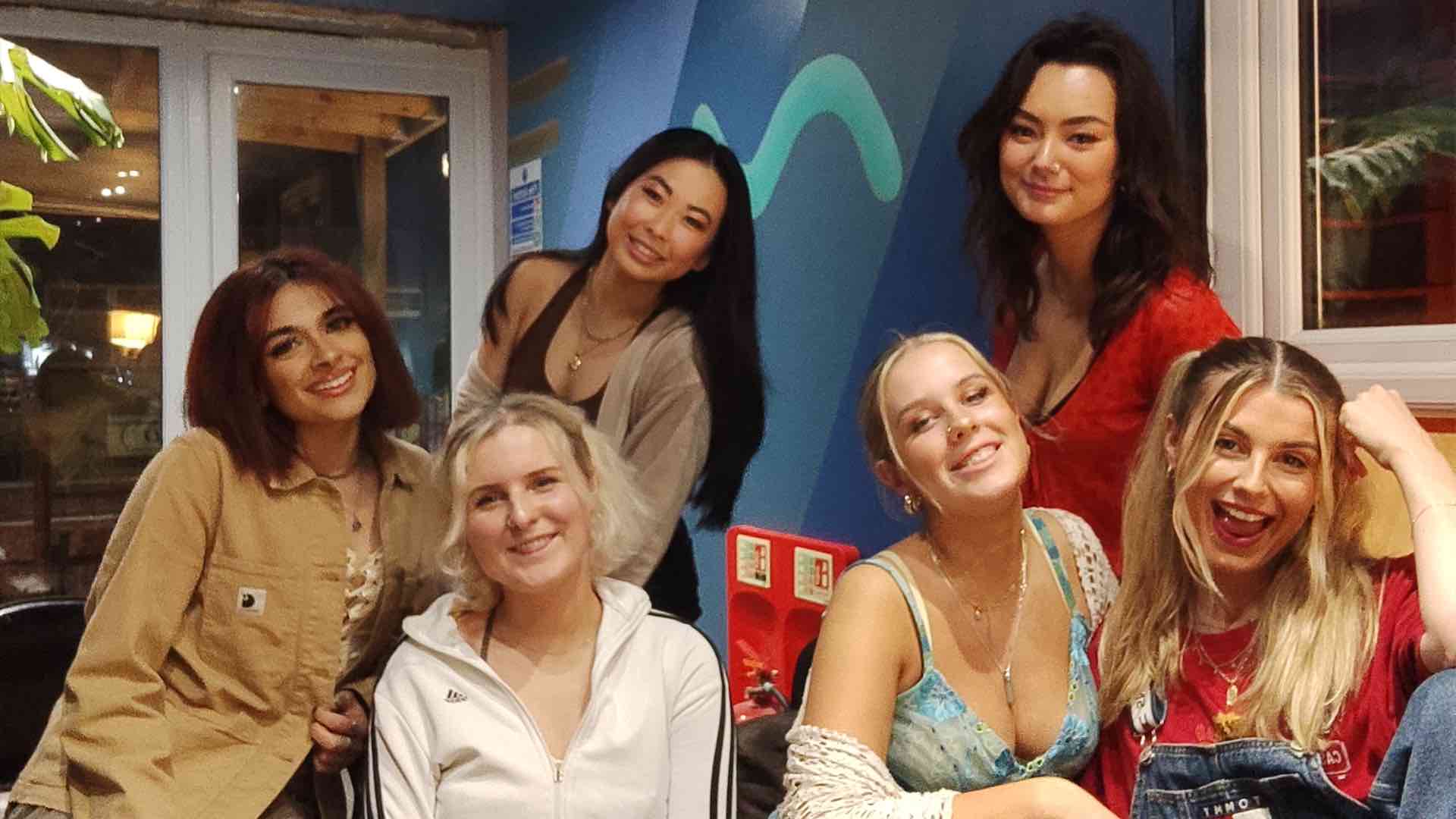 How did the workshops work and what was covered?

The workshops aimed to provide both teaching and ample opportunity to practice the taught skills in a non-judgemental space, where everyone was a beginner and mistakes were okay to make. Throughout the weeks we covered basic mixing techniques and beatmatching, how to use FX and loops, how to utilise Rekordbox and prepare for set, and finally a brief introduction to mixing in key and branding as a DJ. In the 6th week, I ran 1-2-1s to give everyone a longer slot to mix in and provide individual feedback.

As expected, everyone had their own strengths and approaches. It was great to see how everyone’s skills developed so quickly, alongside their track selections and sound as a DJ.

Can you tell us more about the showcase?

A couple weeks after the 1-2-1s finished, we put on a Live DJ Workshops Showcase at Melodic Bar. Everyone had 45 minutes to play their first paid set in front of family and friends, starting with Phoebe b2b Mia, followed by Kirat, then Yumz, and finally Daiz-E closing the night. From disco and house to garage and drum & bass, the DJs smashed their set in front of a full capacity venue of 120 people in the crowd. It was such an amazing energy and full of so much joy. I’m super proud of how everyone did! 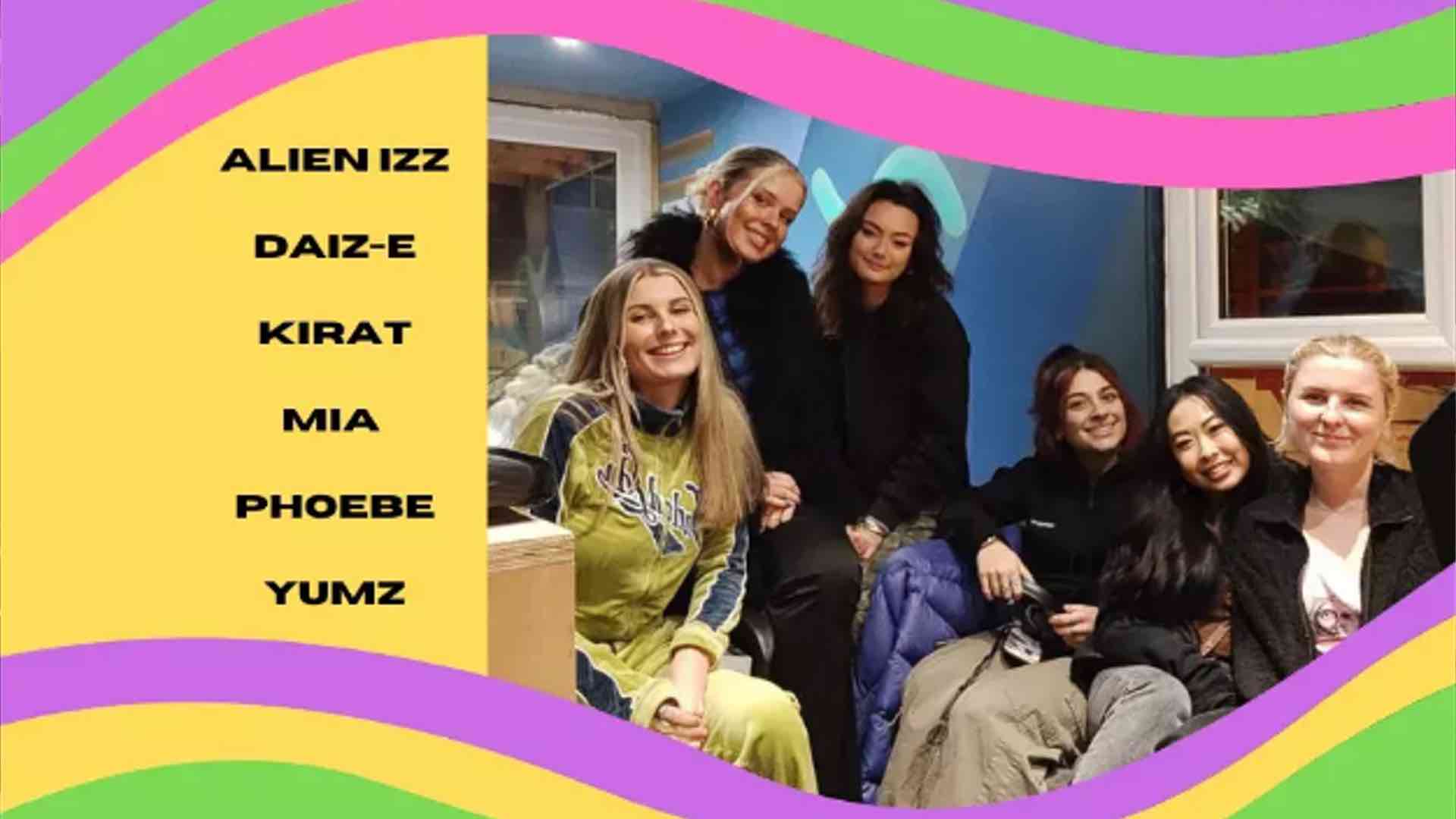 It’s incredible to hear how everyone went from being a beginner to playing a set in such a small space of time. What made these workshops unique in that sense?

There are quite a few workshops being run across the country, targeting women and underrepresented genders in the music industry. In terms of free opportunities, this was the first in depth course in the UK, offering 2.5 hour workshops across 6 weeks, the cost of which would usually be in excess of £500. It meant that I could teach a wide range of skills to the same 5 people and build their knowledge and confidence week on week, with a greater individual focus.

As well as forming friendships, the group also became a support network, where everyone could learn together and build each other up. Between workshops, the group met up to practice on their decks at home or in Pirate Studios and turned to each other for advice as well as me.

What’s next for the group and the workshops? Are there plans for more?

We’ve still got one more opportunity to provide everyone from the group with a platform. On Wednesday 23rd March, Toby and I have organised a 2 hour special radio show, in which we will broadcast a 20-25 minute mix from all 5 girls. This will also be super useful, as the mixes can double up as promo to send to promoters if they’re looking to get booked.

Workshop wise, I believe the answer is yes. Nothing is yet confirmed as to dates and location, but we may have potential to run a similar course outside of Liverpool, starting in other cities in the North West. Watch this space!

Exciting stuff! Finally, why do you think it’s so important that workshops like these take place?

I know first hand how important these outreach opportunities can be. Before I started DJing and getting involved in radio, I attended a DJ workshops for women ran by Subcity Radio in Glasgow, which gave me my first taste of DJing and built on my already-budding curiosity. For me it’s about someone saying ‘this platform is also for you’, when the industry doesn’t always present that as a realistic prospect.

It’s no secret that the music industry is male-dominated. This is true throughout management, labels and on local and large-scale festival line-ups. For this to change, part of what we need is a larger grassroots movement getting underrepresented genders into music and into DJing. It’s about actively, as opposed to passively, addressing the imbalance. Workshops like these help to change the fabric of the scene and its dynamics and expectations of who can be a DJ. 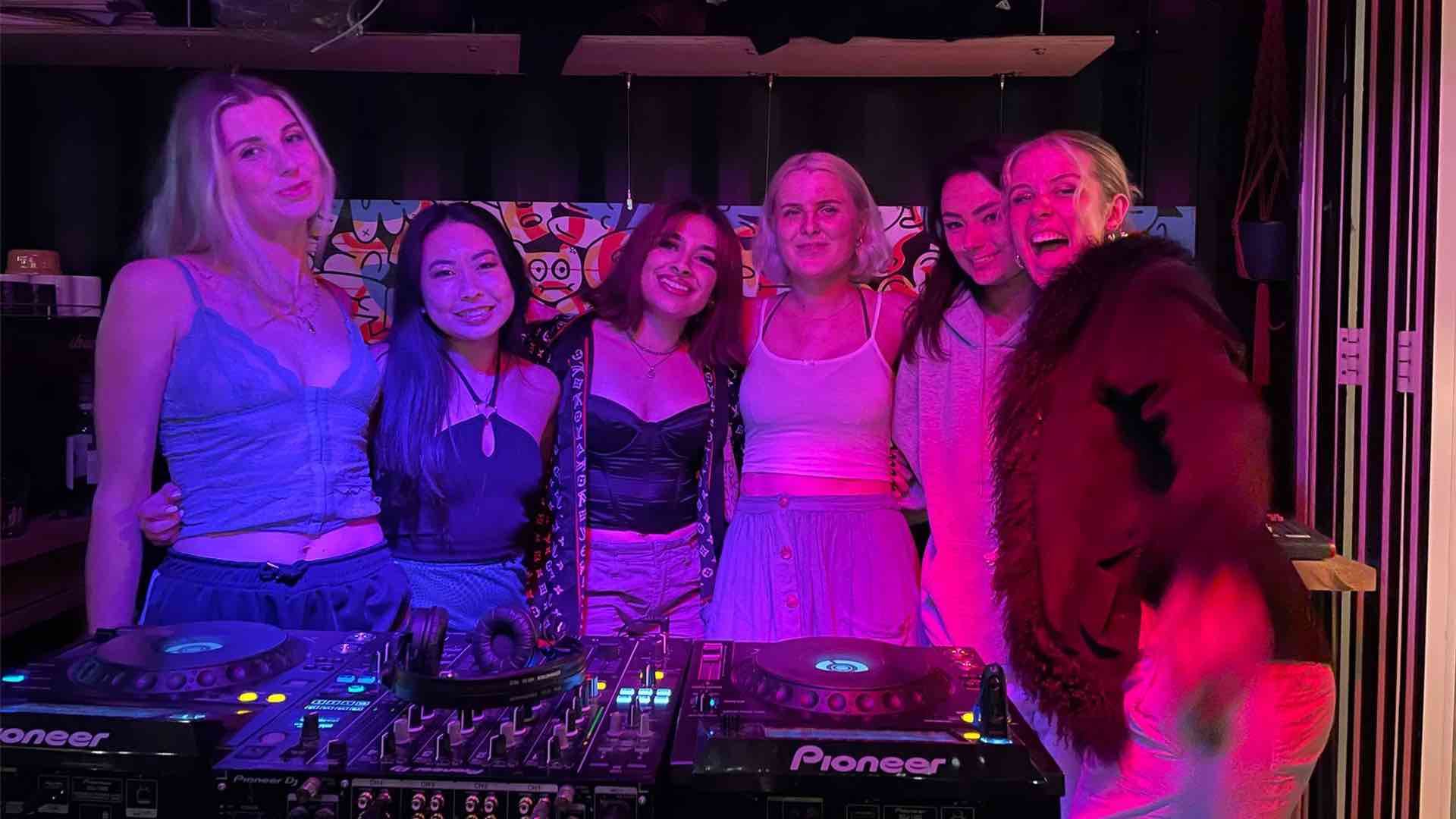 The DJ Workshops Radio Takeover will be broadcast on Melodic Distraction Radio on Wednesday 23rd March, 14:00 – 16:00 – be sure to join us!