Over the last few years, we’ve seen an undeniable return of the disco party, with dancers flocking to boogie under increasingly expensive mirror balls. But do these parties embody disco as an expressive form of protest? Or are they sparkling pastiches of what disco truly represents? Musician, DJ and Universal Sanctuary producer Charles Vaughan investigates.

We can trace disco’s origins to 1970s New York; a chaotic melting pot of social change, integration and radical expression. The soul-laden sounds of the 60s gave way to a hedonistic energy that was, in part, the product of discrimination. Greenwich Village became a place for liberal expression and sexual exploration that manifested itself as disco. Soon, more and more people began seeking parties which could not only sustain their expressive and transformative communities, but enrich them. 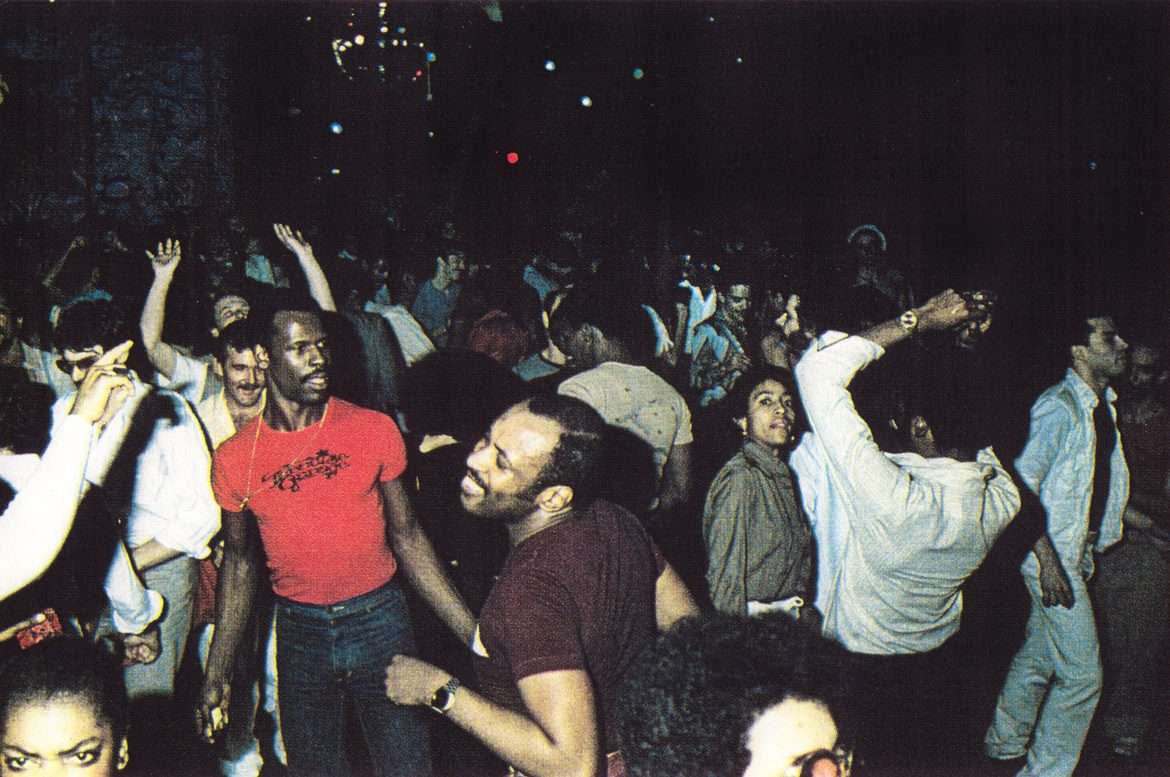 New York was a juxtaposition of liberal expression and discriminatory environments. African Americans, queers and women still faced violence and bigotry in their everyday lives. This prejudiced yet radical society birthed many  dance floors that paved the way for underground music, including ‘The Sanctuary’ and David Mancuso’s ‘The Loft’. These parties not only revolutionised self-expression on the dance floor but helped develop a harmony between DJ, dancer and sound system, creating  a ground-breaking environment for new experiences and community. To quote Tim Lawrence on the power of the disco dance floor;

“Whereas the dance floor was once the plan for Man to meet Woman, the Loft and the Sanctuary recast it as a multicultural, polymorphous, free-flowing space where individuals could let go of their everyday selves and dissolve into the mutating desire of the crowd”

However, disco’s underground ethos quickly attracted wider commercial interest and its once chaotic and cathartic spirit was quickly diluted. Films such as ‘Saturday Night Fever’ undermined disco’s queer black heritage, instead portraying an overtly white heterosexual narrative far removed from disco’s origins. Then, in 1979, a turning point; the infamous Disco Demolition. A rock radio DJ named Steve Dahl plotted a protest at Comiskey Park baseball stadium in Chicago, calling on his loyal listeners to gather disco records into a dumpster on the pitch and blow them up. The demolition ended in chaos as attendees rushed the field in scenes of destruction and aggression. Dahl maintained that the event was not fuelled by racism, homophobia or sexism, but it’s hard to detach these statements from the reality of thousands of white men destroying black, gay and female-fronted music. In reality, the demolition was an aggressive warning that sent shock waves through the disco community.

Fast forward to the UK today. Disco parties like La Discotheque or Glitterbox regularly sell out large scale clubs such as Printworks alongside countless new small disco nights across the country. This rekindled popularity has helped introduce a whole new generation of dancers to disco’s powerful liberation. Homoelectric in Manchester has built an incredible reputation through their open and expressive dance floors, channelling the “multicultural, polymorphous, free-flowing” energy of its New York predecessors. In 2019, they brought this energy to new heights through Homobloc festival, the largest queer rave in the UK. Homobloc opened its arms to all walks of life, not only to the queer disco connoisseurs of old but to a new generation of young Mancunian dancers, eager to lose themselves in this patchwork community of misfits.

However, disco’s return to prominence poses worrying questions about how the movement is represented. Many of these nights promote themselves as playing nostalgic classics or club-ready re-edits, often hosted in spaces not operating safe space policies, with predominantly white heterosexual crowds. The image of disco for this new generation is skewed between a nostalgic image of by-gone Studio 54 decadence and a growing trend of Shoreditch bros fist-pumping to tech-house edits of Sister Sledge.

Is this just the modern development of the genre for a new generation? Potentially. Those disco classic nights often serve a valid purpose, creating fun and freeing dances for clubbers less concerned with RA’s ‘Pick of The Week’. In many cases they’re hosted in smaller capacity venues far removed from underground dance movements, so play a vital role in the fabric of local music scenes. Sadly though, the growing dominance of paint by numbers disco nights within more established clubs looking to make a quick buck represents a larger issue. Indeed, this is not unique to disco and is evident across a dizzying array of underground movements.

It’s not necessarily a negative thing when underground music expands to a wider audience. In the digital age, we’ve seen underground movements catapulted to the forefront of everyday culture in a unique way that was simply not possible a few decades ago. Whilst many listeners seek to embed themselves deep into these new exciting cultures, less credible institutions often seize the opportunity to capitalise on a trend. All too often, those fail to understand and represent the core beliefs that the movement they’re promoting was built on.

We can see an interesting paradox within grime’s recent rise to prominence. Grime as a live music genre has had to fight tooth-and nail-with institutionalised racism through legislation such as Form 696, an archaic Event Risk Assessment form that stipulated that all names, stage names, private addresses, and phone numbers of all promoters, DJs and artists be listed, as well as demanding to know the style of music to be performed and the intended target audience. It was widely criticised for targeting predominantly black music events with unjustified legal action from police. Form 696 was thankfully scrapped in 2017 and grime has spectacularly transformed from an underground culture to a worldwide phenomenon since, with artists such as Stormzy and Skepta representing their roots on a global scale.

The wider popularity of grime has helped forge an important exchange of trust between promoters, venues and artists alike. However, in response to grime’s new-found commercial popularity, many small and medium clubs began hosting their own grime events to capitalise on the movement. These nights don’t face the same financial and racial barriers that many grime promoters still struggle against – even with the remittance of Form 696 – because they’re usually hosted in spaces far removed from the black working-class communities that created grime, and are often aimed at younger white crowds.

We’re seeing a growing marketisation of grime, disco and other progressive movements built out of social inequality. Exposing these movements to commercialisation degrades their symbolism, transforming them into ready-made commodities fit for consumption. Often, these products will appear to represent progressive ideas whilst undermining the social liberation which the movements were established to promote. We can see this in the surgical removal of the revolutionary spirit of disco to create a mass appeal experience of glitter and guilt-free fun. 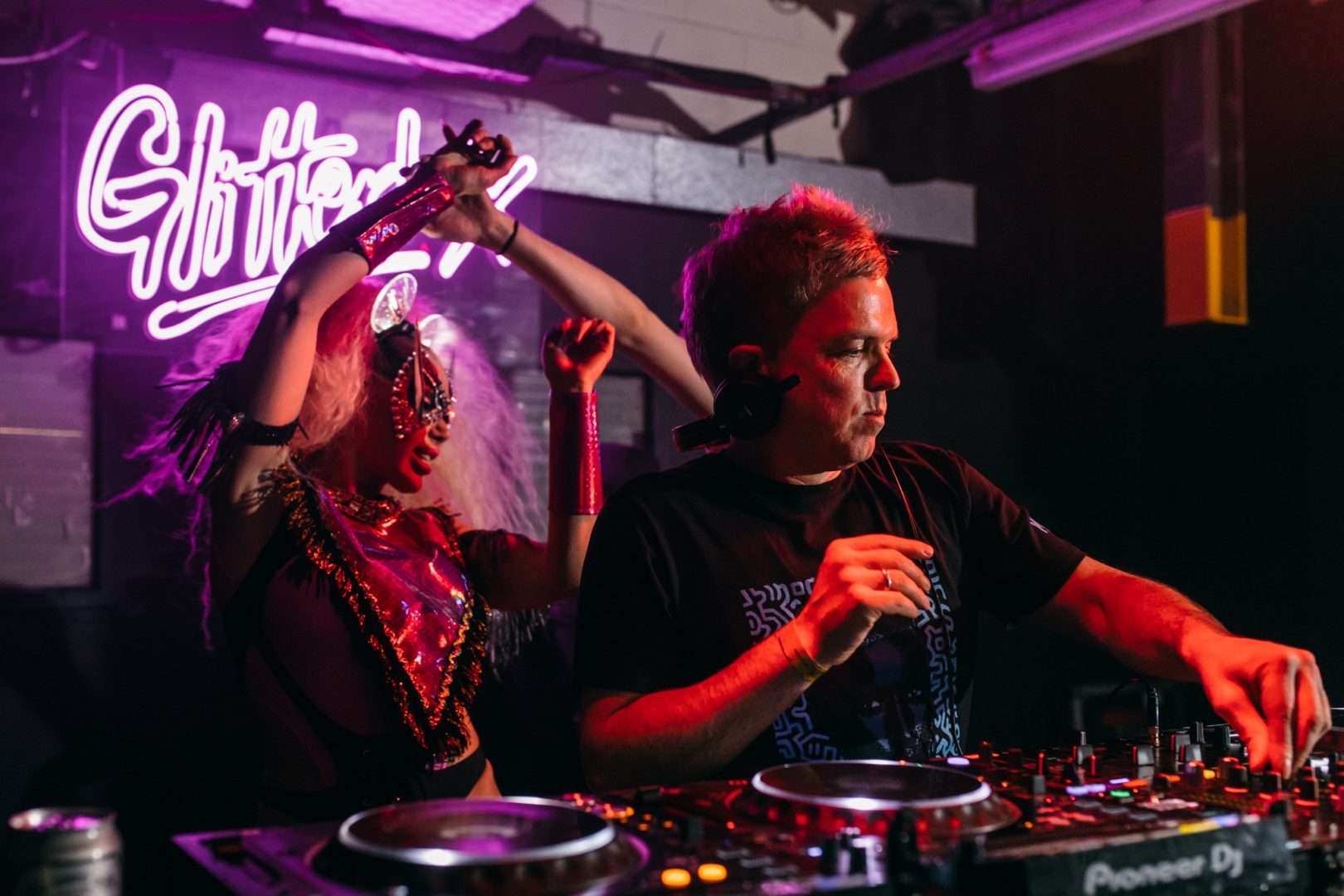 So how do we combat this? I think it’s important to acknowledge that venues, promoters, DJs and punters alike are often acting without negative intentions. The underground dance community currently faces incredibly difficult economic imbalances, so following these trends is often the only way to stay afloat and/or relevant. But, there are some really simple actions that can help make a difference.

Firstly, take the time to research the nights and artists you are supporting. This will help you identify the artists and nights that truly represent the scene you’re looking to support and you’ll discover brand new fertile underground communities. Many publications have series focussed on shining a light on underground nights, such as Mixmag’s ‘Scene Reports’. Another great way to research is to reach out directly to your favourite venues or artists and ask if they have recommendations of who to support as they’ll be the most keyed into the communities surrounding them. Second, try to understand how their music is represented in a greater social context and how you fit into this. If the night is centered around providing a space for black queer folk, such as BBZ or Pxssy Palace, think about why you’re attending, what that represents and whether you might be taking up space intended for marginalised folk.

Finally, give direct financial support. Nearly all these communities are run as passion projects with little financial incentive and in the UK’s clubbing monopoly, every penny counts. Get in contact with the organisers and ask how best to support them financially and if you’re not in a position to be able to provide financial support, shout about them online! By educating ourselves on these movements and supporting them directly we can each help contribute to a greater change and fight against the commercialisation of these movements’ ethics.

Dance music will always be a radical environment for social progression that champions creativity in its purest form. Within dance music, disco’s rise to prominence indicates a new generation of dancers yearning for disco’s liberation both on and off the dance floor. Disco has and always will be a form of expression that captures protest, social unrest and a dissatisfaction with repressive systems. But we cannot let disco become a degraded pastiche that ignores the deep-rooted issues at the heart of its creation. Disco saved the misfits and we must save disco.