On Saturday 29th October – Hustle, SUNcéBeat and Southport Weekender proudly gave to us the highly anticipated debut of the (now hopefully annual) Liverpool Disco Festival. The all day and night event took place across several venues around Liverpool’s cultural haven, the Baltic Triangle.

Headlining artists included 70’s and 80’s disco legends Odyssey and an eminent collection of disco DJ’s such as Grammy winner John Morales, Dimitri from Paris, Kon, Louie Vega and Spen and Karizma. A family affair, the festival ensured that Liverpool-based promoters and artists were extensively embedded into the programming with Madnice, No Fakin’, Down to Funk and Boogaloo DJ sets all included. Monumental and tailored to all ages, the line-up really made it feel as if you were stepping into a community engineered towards uncovering everyone’s deep and maybe somewhat hidden love of disco.

One of the most successful disco acts of their era, Odyssey, the New York based trio were always tipped to be the stand-out performance of this festival. Their fame reached the shores of Merseyside in the early 1980’s with well known songs such as; “Use It Up And Wear It Out,” “Looking For A Way Out,” “Going Back To My Roots,” and the rare groove classic “Don’t Tell Me Tell Her.” The trio, along with a live 7 piece band, demonstrated the influence of their music almost instantaneously; filling out the New Bird Street Warehouse and leaving many outside queuing and sadly disappointed. Many who made it inside described Odyssey as: “the music they grew up with,” reflecting the sheer age range that turned out for this festival. A true crowd pleasing sensation, Odyssey not only sang captivating melodic harmonies but step-clicked in perfect synchronisation – creating an aura of unity as fans old and young sang along and boogied, some for sheer enjoyment and some purely reliving the momentous memories of their youth of soul and disco. 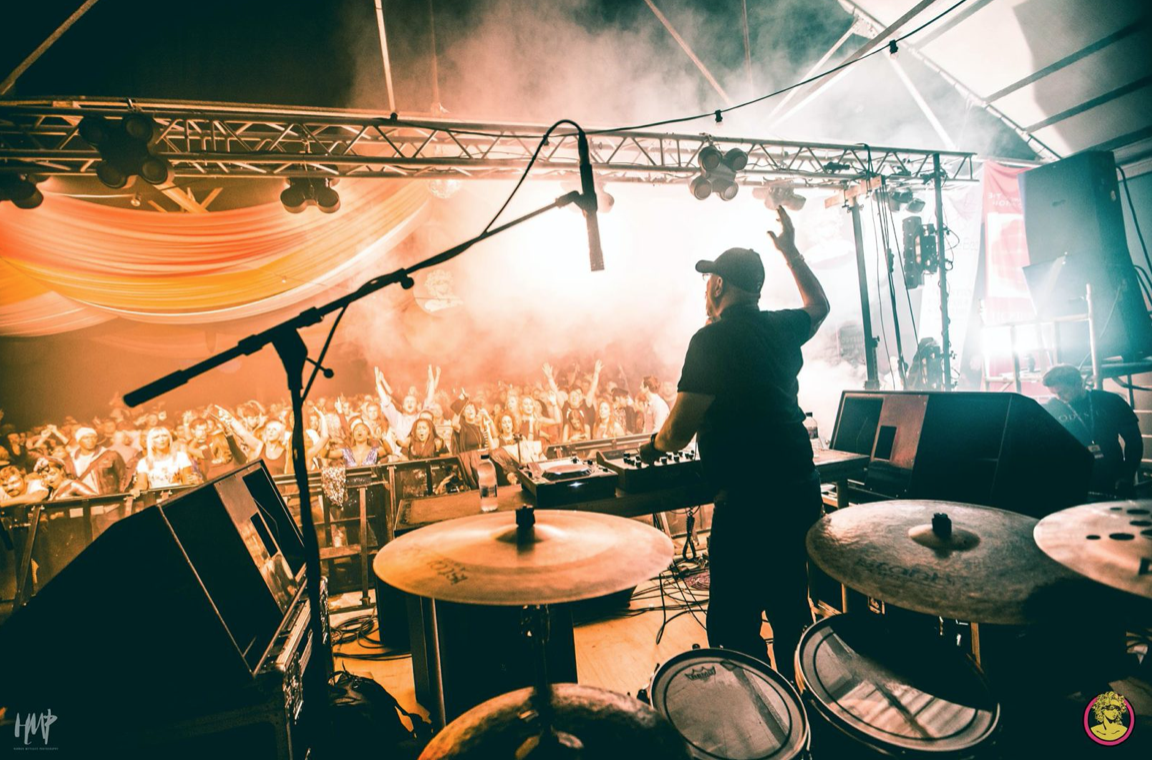 With Odyssey delighting the crowd with nostalgic sounds of timeless disco, it was the role of Mr Louie Vega (Vega Records, Masters at Work) to follow suit. With his dance-infused selections, Vega delivered an outstanding performance that brought the meaning of disco back into the present. A true pioneer, Vega has historically constructed some of the most cutting edge 12″ singles in remix history. Credited with heavily influencing the return of musical legends such as George Benson and Roy Ayers through his work as a remix artist, Vega has stamped an indelible mark on the discourse of dance floors across the world. A superior talent, the Studio 54 legend has an omniscient understanding of the ever-changing world of music. With this ability, he is able to create signature Vega-esque melodies: euphoric listening experiences inspired by influences from a combination of genres – ranging from salsa and afrobeat, to jazz, hip-hop and soul. Dropping  punchy, funked-up reworks melded together with classic Paradise Garage feels, Vega transformed New Bird Street Warehouse into something straight out of a New York East Village loft.

“The King of Nothing” and a personal favourite from the festival, Kon’s Liverpool debut was nothing short of magnificent. A disc jockey since 1985, he brought with him a crate of uplifting, rhythmic disco tracks. Putting a sparkle on the faces of many, Kon worked his way through some forgotten classics; notably dropping Prince’s timeless track “Chelsea Rogers.” The grandiose decor inside New Bird Street provided a surreal level of warmth to a usually unforgiving warehouse setting, with the whole crowd dancing and full of smiles. If you missed this gem of a performance, check out Kon’s “Night Time” collaboration, his “Jive Talk EP” and his ever-popular edit of Cerrone’s “Hooked on You.”

Keeping our appetites for music and food satisfied, LDF brought some of Liverpool’s most creative eateries down with the likes of Finca’s Cuban Delight being served up in the Botanical Garden. Constellations also delivered a Disco BBQ along with the Great Baltic Warehouse offering some seriously tasty grub.

We can’t forget the budding idea to include a roller disco – to whoever this was, props to you! The exciting idea was presented over at the brand-new, Hangar 34. We caught Bear Growls opening up the day at the roller disco. Following this, with the whole room lit up in purple, Rich Furness played a massive Prince set! If you missed out on this you’d better hope there is another one.

As a whole, the event succeeded at capturing a true festival vibe. From the draping fabric held from the ceiling in the Great Baltic Warehouse, to the quirky colourful disco offerings that Constellations achieved within their garden area. The hugely diverse and inviting line-up brought in a vast congregation of fans and disco fanatics of all ages and walks of life; introducing many Liverpudlians and travellers far and wide to this semi-undiscovered but fully thriving creative area at the heart of Liverpool.

With so many people experiencing this area for the first time, stepping back, it is possible to see how significant the collaborative act of Hustle, SUNcéBeat and Southport Weekender really is. For a community that faces ongoing threats to its future, as the surrounding area experiences the increase of top-down property development, Liverpool Disco Festival has hopefully triggered a creative earthquake throughout the local and national community. It reminds past venturers and informs new travellers of just how important this creative space is for everyone both in and around Liverpool. Without this space, we wouldn’t see such venues as Constellations, 24 Kitchen Street and Hangar 34 thriving in their element. The closing of the Kazimier was an all too frightening wake up call to a nationwide issue regarding the dehydration of club culture in our city and furthermore, our country.

While the toilet situation left a lot of people frustrated and restless, drinks in some venues were reasonable and absurd in others, and cash only bars left some of us devilled to our undiscovered spending habits (Guilty), our hats go off to all involved. The diligence and hard work that was put behind this festival from the likes of Jimmy Allen and James Morgan – the boys at Hustle; Southport Weekender and the crew behind SUNcéBeat as well as all other venues, volunteers and hard workers involved can only be applauded. It takes a special type of person to be able to pull off that kind of party and I can safely say they did just that.

The organisers of this need not only congratulating for pulling off such a boss day and night but should be proud to have brought the revolution of disco (one of history’s most epic genres) to Liverpool. We look forward to what this dynamic affair has to offer next year.

No review would be complete without a few track ID’s from the night, so here’s 33…