“The whole point in Balearic music is that you capture the moment. It’s just about these different shades…”

Since their first release, Déjà vu on Mark Barrot’s International Feel imprint in 2015, Private Agenda have gone from strength to strength, with releases on Needwant and Nightshift, as well as radio play on BBC Radio 1Xtra, Balamii Radio and more. The latest offering sees them release ‘Dusk & Dawn’ on NuNorthern Soul, a label set up by Phat Phil Cooper. With no sign of letting up, we sat down with Martin and Sean, talking through their approach to songwriting, and how the most recent release came to light.

Listen to Dusk below, released with NuNorthern Soul on December 1st, and read on…

“It’s a bit sleepy here. Winter is a good time to knuckle down and get on with projects.”

With Martin based in Berlin and Sean in Oxford, they have forged a fascinating production dynamic, and we’re chatting over Skype with everyone in different places. Despite the distance, the duo have been busy over the past few months, with a release on Needwant emerging at the tail end of September, as well as a new show on Balamii Radio entitled Double Cream. Speaking of the impact this distance has on their production, it appears to be quite beneficial… 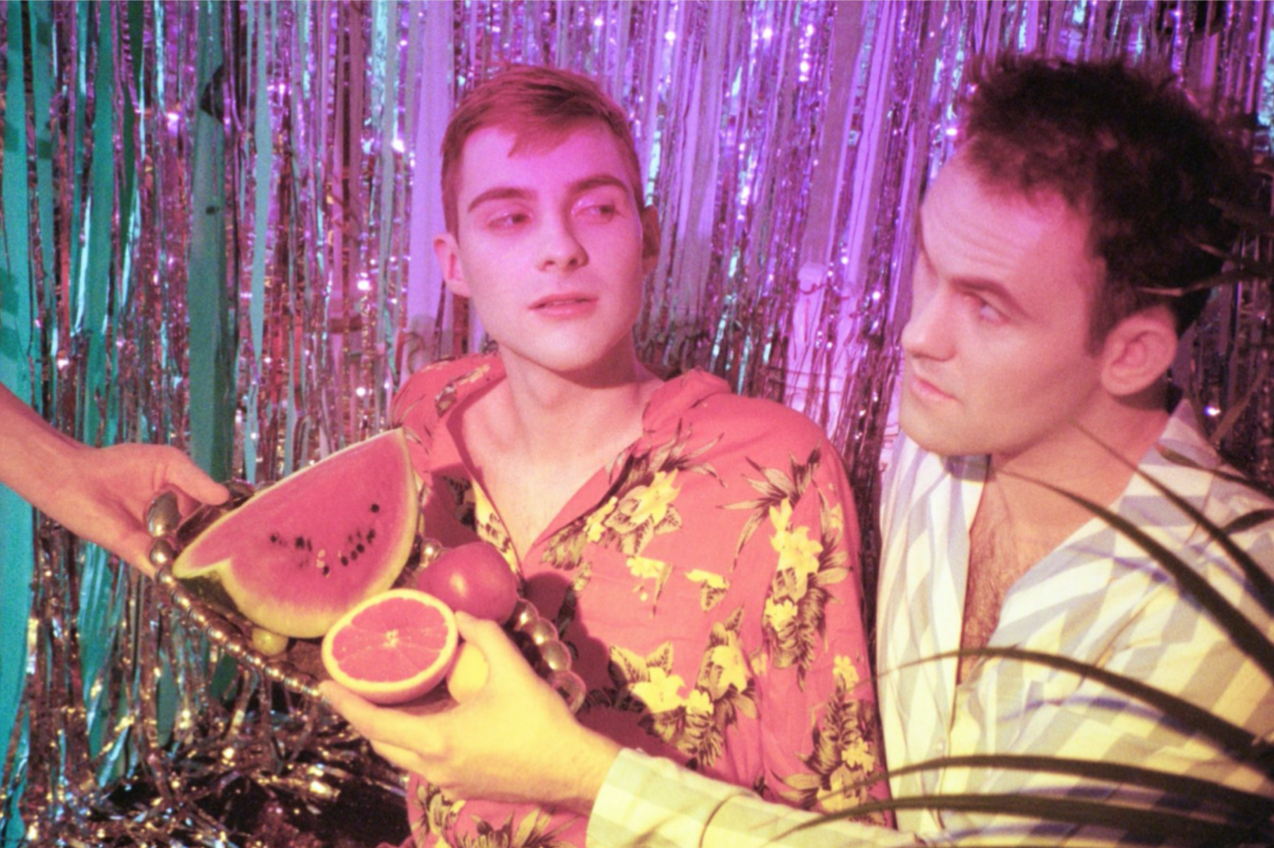 “Although we had worked together before on different projects,  this one started off with quite a geographical gap. It’s something we’ve gotten used to really. It means we make the most of when we have sessions together. It focuses us when we see each other; we have a very specific amount of time we’ve got to work on a project or rehearse a show together. It focuses your mind.”

“You squeeze the most out of the time. I mean, there was a half year period when we lived together, back in 2014 I think it was. Sean was in my apartment, 3 of us in this 2-bed apartment. We were literally sharing the same bed, living on top of each other. From when we woke up to when we went to sleep we were just talking about music. But saying that, in that 6-month period living together we probably got less done than we would have in 2 weeks apart.”

One thing that often comes up is how the duo place themselves and their song writing in the world. This concept led approach allows them to set certain boundaries to projects, rather than sticking to genres.

“Before we start putting the music together, we want to know the mood or the picture we want to paint with the music. It cuts away a lot of the questions. You can start making music and when you start putting ideas together you can quite clearly say ‘yes, that works’ or ‘no, that’s probably a bit of a side step.’”

Referring to their release Primary Colours on Needwant Recording, it shows that a concept can help place their songs within a specific context.

“It’s really useful to have guidance like that. It’s the same with colours. One thing that I would emphasise is that we take song writing as the starting point. We don’t think about whether it will be a good DJ tool or about playing it out for others. It’s more about song writing effectively, the structure of the song and the world we place it in.”

This ability to place a track within a parameter can be important. Earlier this year, I wrote that NuNorthern Soul ‘is a plethora of sounds uninhibited by genre, taste or technique.’ Phil Cooper’s approaches to the label, party and podcast all compliment the musical approach undertaken by Private Agenda.

“We knew he was running a good label and he got things done. We had a really great conversation and he just let us get on with it. He knew that we had quite a clear idea of the world that we need to situate the music on the label. It’s been a really neat fit.” 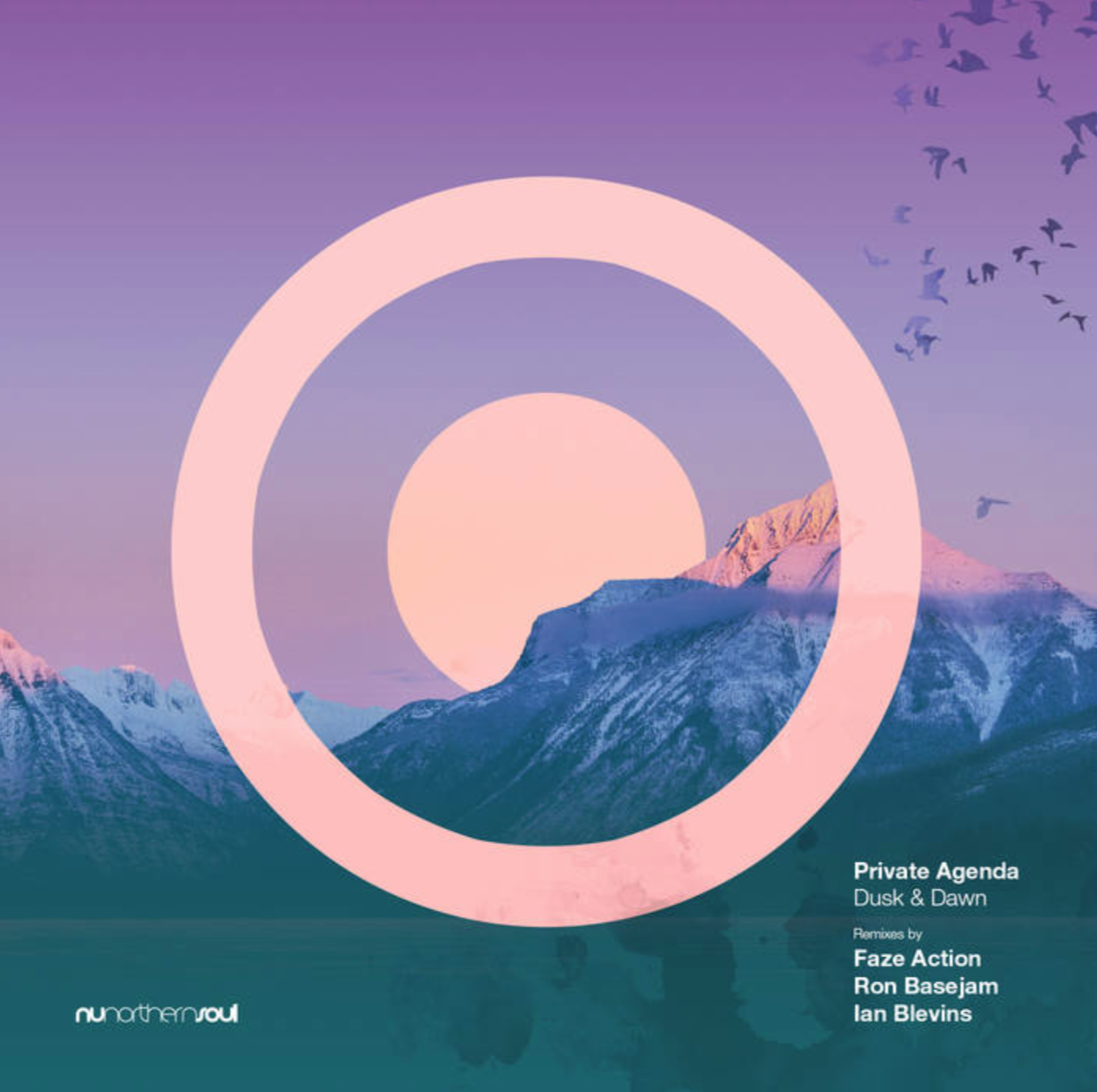 While Dusk is a dusty new wave track with warm synths and a half time groove riding throughout, Dawn slowly grows with arpeggios and idyllic guitar chords rising to a crescendo of layered vocals. Dusk & Dawn conceptualise a night in Berlin, with Martin initially laying down jam ideas on a piano, giving the record a highly personal nuance. Whatever idea or mood that Private Agenda want to create, their approach to production appears to be a driving force in everything that they do, whether it’s songwriting or performance.

“The whole point in Balearic music is that you capture that moment. If that means that you’re absolutely smashing it, you’re absolutely smashing it. If it’s playing an ambient record, it’s playing an ambient record. It’s always about these different shades, that’s what always drew us to this music. It allows you a lot of flexibility.”

This flexibility is something that Private Agenda hope to afford the musicians that they want to remix their tracks. With a previous remix by Tuff City Kids on their second International Feel release, this record features Faze Action, Ron Basejam and Ian Blevins on remix duties.

We didn’t even send a remix brief to each individual producer and they’ve all really stamped their own mark on it, whilst running with the palette that we had put together. It’s massively humbling when someone can make something really special out of your initial vision, when they seem to get it.

The way in which a track can be remixed highlights so much about our individuality within the world of music. Our tastes and perspectives are constantly evolving, and with places such as Ibiza and the Adriatic Coast, this music and lifestyle holds long standing history.

“In both of those places, there’s the extremes of everything. In Ibiza, for example, you can have places like Café del Mar, where they don’t necessarily even need to have specific opening hours and there isn’t that intense hedonistic atmosphere but there is a real celebration of that location, with great residents, and the music is grounded in this traditional belief in what Balearic music was. A place where you feel most at home and I feel like, for us, there are spaces that fit for us…

Dusk & Dawn was released December 1st on NuNorthern Soul. For more of an insight into Private Agenda’s production techniques check out their studio feature…