“We let everyone exist within their own creative dimensions, Black Beacon Sound is about giving artists a refreshing experience.”

Based in Sheffield, but fast becoming a nationally-recognised label, Black Beacon Sound is what happens when two friends, self-professed record nerds and relentlessly-optimistic music lovers become tired of the status quo. Stifled by their work at an ageing label, Benny Maths and Toby Hickman formed BBS at the mid-point of 2016 with a wild vision: Twelve vinyl releases in twelve months…A proposition that seemed impossible to most.

“We were warned – many times,” Benny recalls, “Our friend Chris Duckenfield told us from the off that we would either go mad, or give up. We came pretty close to both at points!” Spurned on by the immediacy of building an instant back-catalogue, and the lack of progress at their previous label, Benny and Toby found themselves wanting to make a statement within the first year of  Black Beacon Sound: “We had so much music we wanted to get out there. With a lot of it coming from friends, we felt compelled to be able to offer them the gift of a physical release. Why provide them a digital release when they can do it themselves? That physical release puts the artist into different people’s ears. Hopefully it gives them that platform to move to the next level, which is where we think they deserve to be in the first place. If we can get our artists there, then we’re doing something right!”

With the year’s releases spanning everything from straight-up funk, to synth-led groovers and dancefloor-ready cuts, the label is a diverse exploration of all that Benny and Toby love in music. As Toby tells us: “We both listen to a lot of different genres and that’s really fed into the Twelve in Twelve project. We didn’t really want to stick to one position. Our label’s tagline is, For What We Love, and we really mean that. We’re completely behind our artists and what they put out on the label. We’re not pushing it for any other reason than that we love the music!” 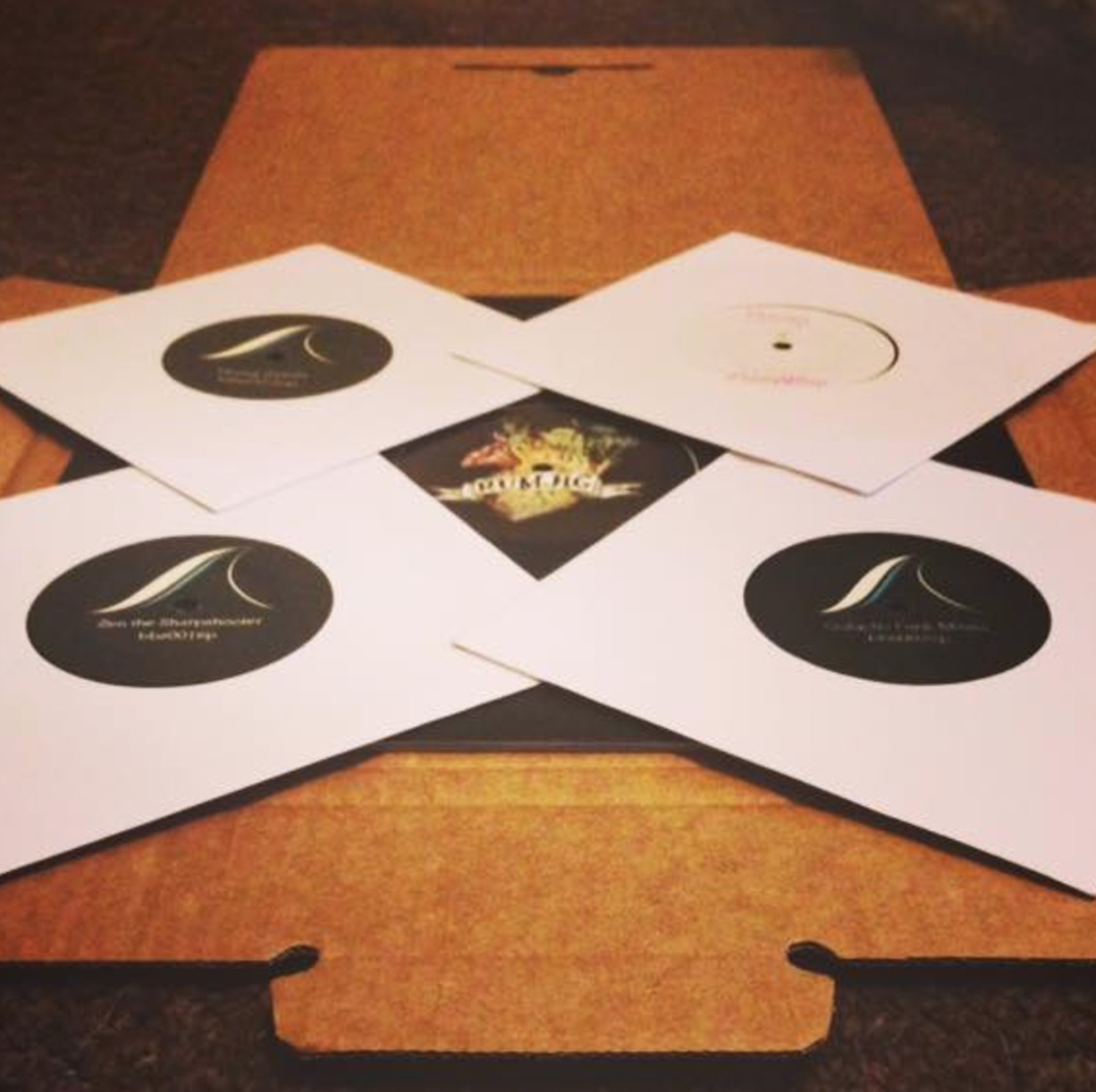 This same mindset has proven the driving force behind collaborations between such BBS-affiliated artists as Yak, Thatmanmonkz and R. Lyle, who have each remixed other artist’s work on the label. As Benny tells us: “We wanted to link artists we knew would be into one other, but not necessarily be aware of each other. We sought to do this with each artist’s audiences too! We then told the artists that they could go as left-field as they wanted to with their remixes! I think that ethos is a reflection of us. We don’t want artists to dim their most expressive ideas…there’s too many restrictions placed on artists these days.”

Listening through the Black Beacon Sound back-catalogue, it’s clear that this message is something Benny and Toby have stuck to vehemently: “We want to further ourselves, but more importantly it’s great to offer the artists a chance to further their work and show something different that they do. Take Thatmanmonkz, who at the time was putting out a lot of house records; for him to do a Dilla-esque hip hop track was a really refreshing experience for him, and the whole thing really took off when he got his Madison Washington partner involved, Malik Ameer, who added his incredible flow to the track. Indeed, it worked so well, Malik has contributed on four of the tracks on Zen’s upcoming debut album.”

With such a rich pool of artists all working together within the label, any newcomer to the BBS back-catalogue could easily mistake it for a longstanding project. At just eighteen months old, much of the label’s success can be chalked up to the  collaborative attitude that permeates throughout everything they do. As Benny tells us: “Our artists are happy to work with us because they believe in it. None of this is down to just me and Toby, it’s a whole community of people working together and chipping in, each in their own little way. There’s us, artists, promoters, record shops, designers and so many more.” 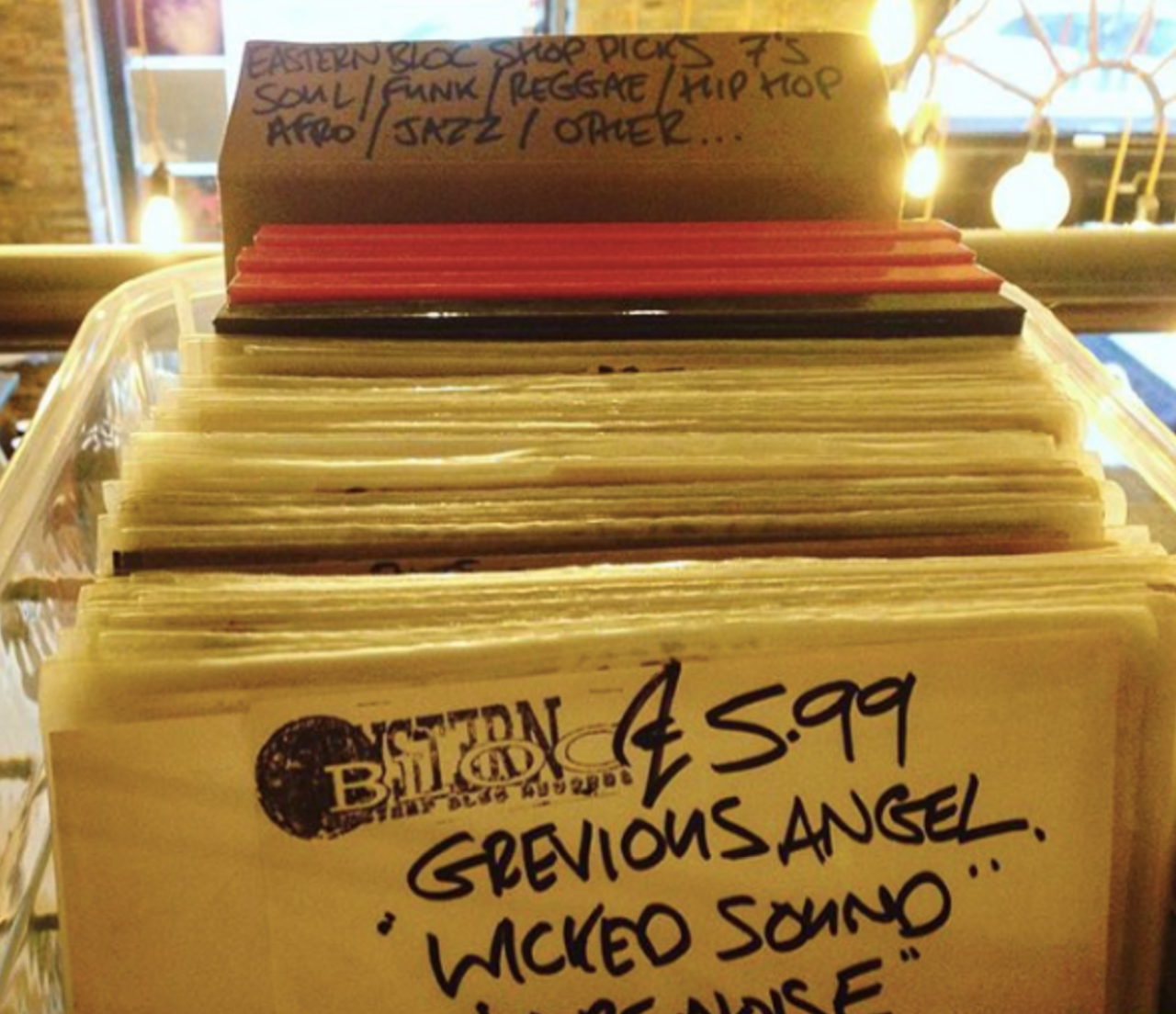 Short of cutting and pressing their own wax, Benny and Toby take as much of a hands-on approach as is likely possible from a boutique record label. When it comes to distribution, their labours have seen them travel the country, meeting countless new collaborators along the way. As Toby tell us: “The secret’s out the bag, haha! We drive up and down the country doing our own distribution because it’s a hell of a lot cheaper! But, it has given us such a warm working relationship with so many record stores across the country. People do genuinely buzz off the music…the write-ups from Piccadilly Records in Manchester and Jumbo in Leeds have been particularly amazing. We believe in it, the bands believe in it and it’s great for the shops to believe in it too.”

Looking to the future, Black Beacon Sound have a lot for their followers to look forward to: “This year, we have some albums to release, more complete projects than the shorter EPs we’ve issued so far,” Benny says: “We’re moving away from the logo cover now and Rob Lee, a great graffiti artist from Sheffield, is going to be getting involved in the album artwork. Twelve releases in twelve months became quite methodical by the end, so we want to throw ourselves into the more creative side of things this year.”

With room to finally breathe between releases, Benny and Toby plan to use the extra lead-in time to produce a number of LPs and that all important remix album: “The compilation is out in February, that’s all the remixes that have only ever previously been available digitally – on a blue double LP release. We also have planned album releases with Zen the Sharpshooter and Shy Billy, and hopefully EPs from R. Lyle and Apta too, so lots to be planning and looking forward to.”

Despite its somewhat infancy, Black Beacon Sound is clearly a project managed and doted upon by an incredibly passionate community of label managers, producers, artists, distributors and DJs…With Toby and Benny wearing almost all those hats themselves. From the outside, the label feels as if its managed by a team of twenty, not two. A label that started from scratch, midway through 2016, that has now burgeoned into one of the most consistently intriguing sources of music in the North of England.