Backtracks; a series from Melodic Distraction dipping back into the archives in search of tracks that shifted the electronic music landscape. With each edition, we invite an artist or DJ to share their favourite tracks and the history behind them. For this edition, DJ, writer and radio broadcaster Sofia Wrazen writes a timely reminder of the critical role that trailblazing artist, activist & advocate Sylvester played in the evolution of dance music and the legacy they left behind for the modern queer and black liberation movements. 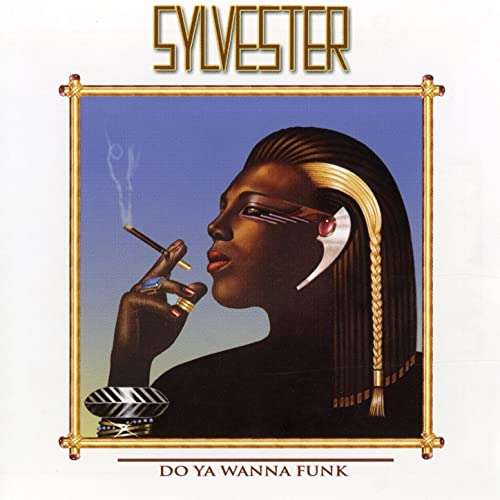 It’s currently Pride season across the UK but with most people still wary to venture out to their local supermarket – let alone a glitter-drenched mass gathering – the usual festivities are cancelled. However, another summer hallmark is noticeably missing; that of Rainbow Capitalism. You know exactly what I’m talking about. That vulgar display of faux-allyship from well-known human rights defenders such as Primark, Burger King, Barclays, and whoever else can be bothered to make their logo technicolour for 12 weeks. Without the usual peripheral noise from multi-national conglomerates (and a hell of a lot more time on my hands) I’ve been thinking about my introduction to my own queerness. Safe to say that one childhood memory sticks out amongst the rest; losing my rag to my Mum’s copy of Patrick Cowley & Sylvester’s Hi NRG mega-classic “Do Ya Wanna Funk?”

You might think ‘but disco isn’t subversive, it’s pop music!’ or ‘that record was mainstream, not underground!’ or ‘I heard this at my Auntie’s wedding’. Well, you’re wrong, your Aunt has great taste, and I’m going to tell you exactly why this record is as radical as you can get. With its camp cowbell opening, vocals as androgynous as the artwork, and a synth riff so uniquely ‘in-your-face’ that you can almost smell the poppers coming off it. DYWF? is as unapologetic in its queerness as its two authors were throughout their short lives.

This record was undoubtedly the start of my long-term love affair with Sylvester’s music. One of the first openly queer black artists to top the charts, his ascent was not an easy one. To really understand the legacy that Sylvester left behind not only for modern queer and black liberation movements, but for dance music as a whole, we must delve into his history as an activist, advocate, and artist.

After coming out and subsequently leaving his Los Angeles home, a teenage Sylvester took part in the historic 1965, Watts Riots. Described as the ‘the largest and costliest urban rebellion’ in American Civil Rights history, this six day protest was a result of collective rage at Marquette Frye’s unlawfully violent and racist arrest by white cop Lee W. Minikus. Whilst a range of items were reclaimed by protesters in Watts, Sylvester and his posse were strictly focussed on grabbing cans of hairspray, makeup, and anything that they could fashion into a glamorous outfit to strut down the Sunset Strip in.

Even though cross-dressing was illegal in California, he was known to have raucous parties at Etta James’ Hollywood home where he and his friends would regularly raid her closet, sometimes without her knowledge or permission. In Sylvester’s autobiography, James Gameson explains “It’s tempting to see them as fearless and heroic, defiant sissies who were forerunners of Stonewall and sixties counterculture, part of the dawning of gay liberation and African-American civil rights organising”.

Fast forward to 1970, and Sylvester has moved to hippie wonderland San Francisco to join an avant-garde theatre troupe known as The Cockettes (get it?); the disputed inventors of the glitter beard led by infamous drag queen Hibiscus. One of just a few African-American members, Sylvester’s dazzling falsetto-tinged solo performances quickly earned him a cult following within San Fran’s nightclub circuit and it wasn’t long before he found himself at the front of his own stage.

Sylvester spent much of 1973 touring with his very own psychedelic rock outfit, Sylvester & The Hot Band, however, threats of racist violence across many of the Southern states and an apparently hostile hippie-rocker community presented insurmountable difficulties for the group. This is an important aspect of 20th-century subculture relations, and still today. Whilst we look back and see white, long-haired, cisgender youth flashing peace signs on college campuses and shouting ‘stop the war!’, their community was still fraught with the same strands of racism and homophobia that they were claiming to revolt against.

By the end of the 70s, Sylvester had returned to making disco records, this time with his Two Tons O’ Fun (Martha Wash and Izora Armstead) on backing vocals who later levelled up into The Weather Girls of “It’s Raining Men“ fame. He’d also cemented himself amongst the crème de la crème of Castro Street by being invited to perform at San Fran Supervisor Harvey Milk’s birthday party, the first openly gay man to be elected into office in California. Importantly, he’d also met disco pioneer and porn composer Patrick Cowley. He was quickly recruited to play synth as part of Sylvester’s band and worked on a string of hits with Sylvester including “You Make Me Feel (Mighty Real)“, “Menergy“, “Dance (Disco Heat)“, “Stars“, and “I Need Somebody to Love Tonight”. 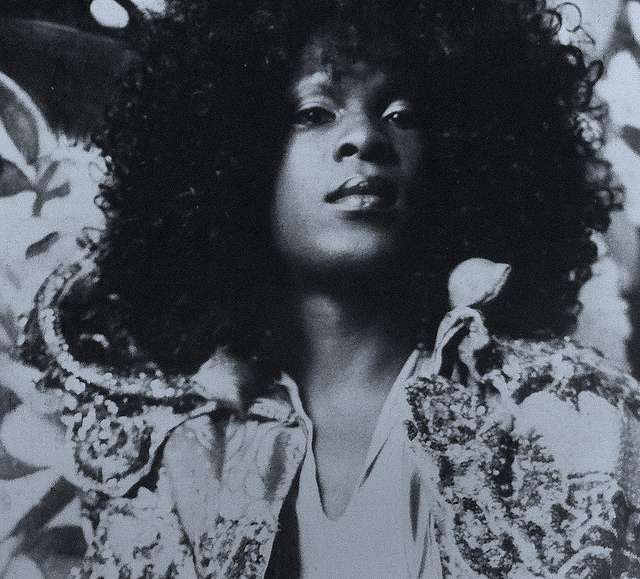 Sadly, the pair’s explosive friendship and artistic partnership was short lived. After co writing DYWF?, earning them global success, Cowley fell ill with AIDS that very same year. The disease was so poorly understood by doctors that it was still officially referred to as “gay-related immune deficiency” (GRID) in the United States. Doctors acted more with homophobic misconceptions and less with medical facts. He was misdiagnosed with food poisoning, and passed away at just 32 years old. Sylvester learned of Cowley’s passing just before a seminal show at London’s Heaven nightclub, where he broke the news to crowd and dedicated the co-penned single to his dear friend.

Whilst Sylvester went onto to enjoy a successful career for a number of years (particularly after leaving Fantasy Records for Megatone after a payment dispute), he dedicated much of his time post-Cowley to raising awareness and fighting the HIV/AIDS epidemic ripping through the LGBTQIA+ community. The heartbreaking finale of Sylvester’s story is that he too fell prey to the virus that claimed so many of his loved ones. He passed away at the tender age of 41, but not before meticulously planning his own funeral, to which he would wear a red kimono in an open-top coffin with thousands of mourners coming to pay their respects.

So, what can we learn from Sylvester, Cowley, and DYWF? I think a great deal. We should honour those who came before us. Black, queer, fierce figures, who risked everything for the freedoms we enjoy as queer people today. They smashed windows, but more importantly, they smashed the very systems that were built to constrain them. They organised with love, care, and always the rest of their community in mind. The sound of the spaces in which they planned their revolution was disco. Disco is queer and disco is black. Disco is raucous, violent, and glorious, because it was shaped by true visionaries who fought viciously for their rights. Disco empowered the people discussed in this article. Let us never underestimate it.

If you enjoyed reading this article, please consider donating to an organisation that supports queer people of colour. If you’re not sure where to start, Stonewall Scotland has compiled a fantastic database which can be found here. Unfortunately, the fight against HIV/AIDS is far from over. If you’d like to donate to this cause, or find out more information on how HIV/AIDS affects you, visit the National AIDS Trust or the Terrence Higgins Trust (or both!) Finally, if you’d like to learn more about black contributions to dance music, visit this free library compiled by Ryan Clarke for articles and documentaries pertaining to the history of techno.