Backtracks; a series from Melodic Distraction dipping back into the archives in search of tracks that shifted the electronic music landscape. With each edition, we invite an artist or DJ to share their favourite tracks and the history behind them. For this edition our very own Subcora, Pirate Prodigy Finalist 2019 and member of Istanbul based collective Soul Engineers, looks at a record that added an electronic dimension to the jazz music spectrum… 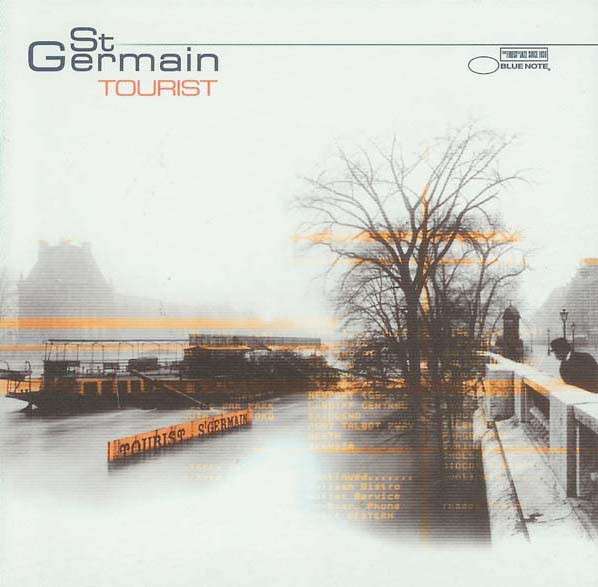 What does it take for a musician to record a golden album? Is it an immense lust of creativity and inspiration? Is it an urge to move the career forward? Or is it simply a call of an existential crisis? I often find myself asking these kinds of questions when I come across something spectacular. What is the source of all this magic? For French producer Ludovic Navarra- aka St Germain- it seems to be a mixture of all. I was very surprised to learn that after his legendary 1995 debut Boulevard, Ludovic nearly quit his career, as he was overwhelmed with success and the scene.

After dedicating myself to researching deeper into the creative process, I am not surprised anymore though. When an artist is blasted with an intense creative spark, there is often a downward spiral too, at some stage in life. Fortunately, things positively changed for Ludovic when he was approached by the label Blue Note and invited to record a kind of “dream come true” album. Playing and recording live with musicians; Ludovic dropped his next bomb on May, 2000,  Tourist, which sold over 4 million worldwide. The album was released on Blue Note and please remember that; it was the first time ever the prestigious jazz label opened its doors to a house music album.

I first came across Saint Germain with the track ‘Sure Thing’, from the same album. It was one of the hits of MTV that time, from the times that it was still a thing in Turkey, where I was born and raised. ‘Sure Thing’ was stuck in my mind for a long time as still being one of the most hypnotising tracks I’ve heard. But that time I was much more involved with romantic indie bands and passive aggressive post-punk singers. After completing several evolution cycles in my personal music journey, I finally reached my “house era” and discovered the rest of Tourist. I was completely mesmerised by delicacy in harmony, layering of the instruments and the tasteful rhythms throughout. Even better, each of the songs was designed to deliver a different mood. Although the album is mostly classified as lounge house and acid jazz, the whole LP is actually a wide journey across different house styles, blues, funk and dub. That eclectic success of the album was the main reason it became a milestone of my personal music diary.

Particularly the track ‘Rose Rouge’, which made me realise I need more jazz in my life. Fast forward a few years, when I finally decided on actually mixing tracks, the tune kept delivering as being so adaptable into my sets with its impeccable groove. ‘Rose Rouge’ perfectly guided me in what to look for, for more inspiration. Although you can feel the perfect alchemy of house beats, jazz and a lounge vibe throughout the whole album, ‘Rose Rouge’, is pretty much the climax of that in Tourist. The opening loop, which is actually a very refined sample of  “Take Five” from the Dave Brubeck Quartet hooks you immediately. It is not very easy to spot that sample, but the familiarity effect is somehow there. Then comes the vocals, again, sophisticated sampling work from Marlena Shaw’s ‘Women of the Ghetto’, gently asking us “to get together”, blending with captivating cymbals and piano loop. As those were the days when “social distancing” was not yet heard, we take that invitation without a doubt.  And then at the build up, all those sounds from trumpets, saxophones gloriously melt into our ears, as the beat slowly fades away.

Tourist perfectly represents one of the finest eras in European music. Roughly mid 90s to beginning of 2000s, when Europe was being blasted with eclectic electronica, from the likes of Kruder and Dorfmeister, Thievery Corporation and many more. Although I was not synced with the timing of that era, I caught up on what I missed later, when I was mature enough to grasp the beauty of those frequencies. I do not romanticise about the past and like seeing the good in our times too. But, Tourist is much more than a fantasy of past times anyway. I love this album, not only for its structural perfection and for being the finest example of an era, but also how it always set the right path for the future of music: a collage of sounds, hybrids of the unexpected matches.