Backtracks; a new series from Melodic Distraction, dipping back into the archives in search of tracks that shifted the electronic music landscape. With each edition, we invite a local artist or DJ to share the music they have found most impactful and the history behind it. In our second edition, 24 Kitchen Street programmer, Jonas Roberts takes us back to ’93 with Foul Play’s remix of an Omni Trio classic. 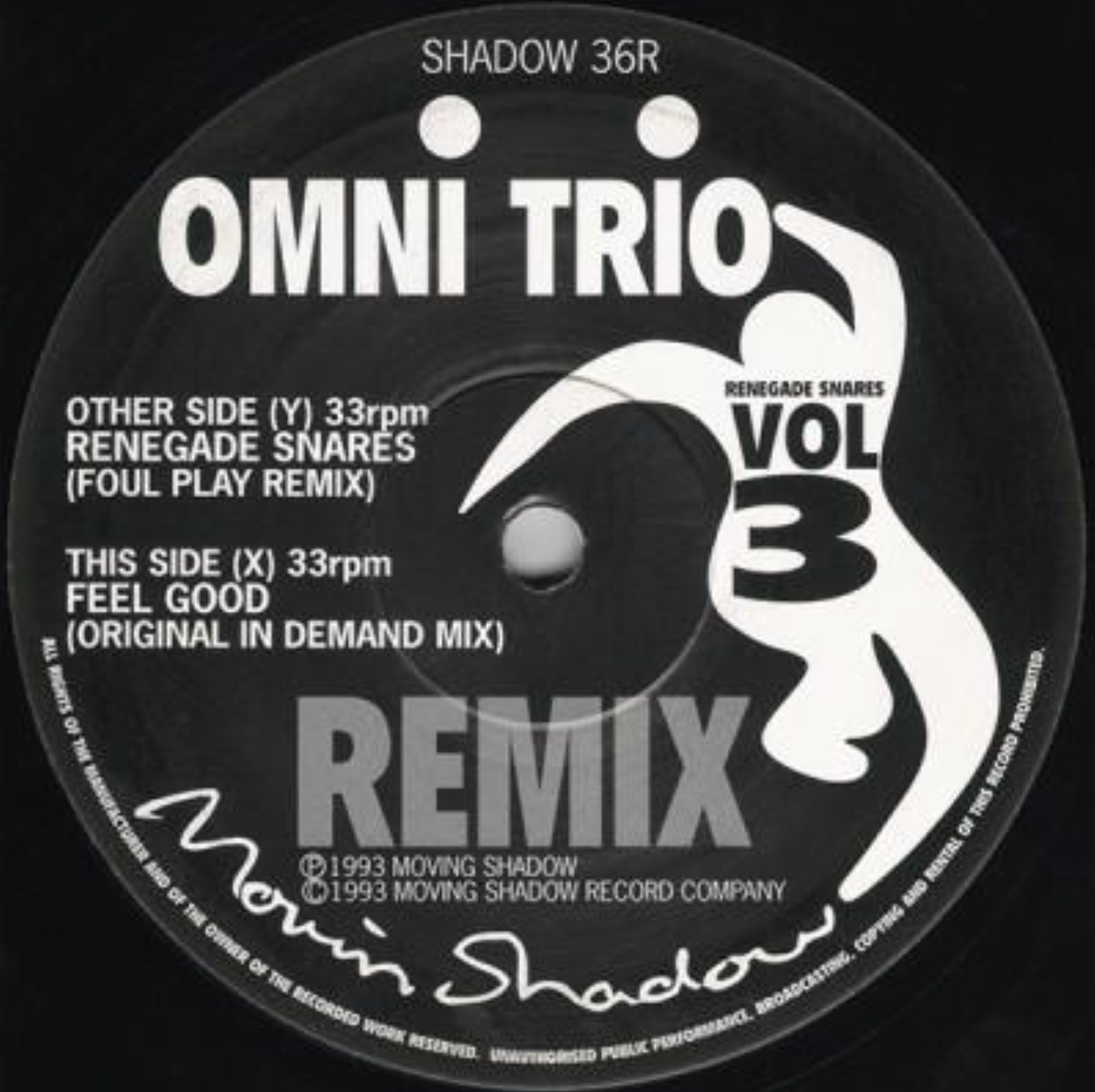 In this tenacious remix, opening breaks spiral with hyper-dubwise flare; like when Lee Perry got too blazed and left the phaser on for every “Police and Thieves” session. The rattling snares of this passage are something we can trace across the spectrum of club music from ruffage 90s jungle (DJ Rap & Ashton – Get Rushed) to thunderous European techno (Paula Temple – Decolonize) to transatlantic future-bass flavours (Drippin – Air Jordans). This disruption of time and pulse, present in all of the previous examples and exemplified in Renegade Snares, seems to counter the general (false)-understanding of club music as being forcibly repetitive in order to be ‘danceable’. Here the snares, rolling like the crank on a ratchet strap, off-set the sludgy danceability of the sub thumps which barely move – instead drawing out a space turning either side of home. The snapping percussive interjections occupy, stretch and compress the space between the sub shudders which hold the piece together, making it simultaneously danceable and wonky as they come. Diverting hard from a 4×4 dominated dance music world, instead spreading out emphasis across 8-16 beat patterns seen in the extract, transcribed below, where emphasis lands on 1, 3&, 2, 3a across a two bar passage. This is the nucleus of what makes this era in club music production both continually relevant, and persistently futuristic despite developments in technology and production style – a play of space and time.

Foul Play were formed in late 1991. Consisting of three members – Steve Gurley, John Morrow and Stephen Bradshaw – who all met DJ’ing at various events in the hardcore scene such as Helter Skelter. Their sound had more than a little influence from hip hop, reggae, electro and rare groove. There was soul in there too, a sound which fell out of hardcore in the mid nineties when jungle took a more industrialised turn towards the tech-step era (at which point Steve Gurley started making UKG). This breadth of influence and immersion within the rave scene brings an overarching musicality to their work which, though widespread at the time, is an invaluable demonstration of the attitude of the times where rhythm became melody, where samplers and drum machines sang. There is an allusion here to the, seemingly prophetic, avant-garde works of Steve Reich and John Cage decades earlier. As John Cage wrote, in 1939, ‘What we can’t do ourselves will be done by machines and electrical instruments which we will invent’.

Similarly, Omni Trio aka Rob Haigh drew from a range of influence across jazz, post-punk and krautrock and came to Moving Shadow through house in the late 80s – a common theme which serves a backhand to the modern culture of drum n bass purists. His original mix of Renegade Snares, though of course holds the same building blocks as the Foul Play remix, has a different feel. Though he uses the same breaks – Think & Amen – the rhythmic emphasis is pushed forward so the snares snap and skip ahead of the downbeat whereas Foul Play’s swirl and roll throughout the stereo field.

The emotional core of the tune, and where the remix surpasses the original, is in the breakdown from 1.40. I’m gonna write briefly here about the theory behind this, here’s the tl:dr if you don’t care: the breakdown is set out in a way which avoids definite emotional interpretation, there’s an ambiguity, both bittersweet but hard to pin down. It doesn’t force an emotional response but lays out an immersive, impressionist sonic world perfect for the club. The first line draws out an inverted stack of fourths, or a Absus4 chord in first inversion, with one passing note on Bb. The second draws out the same chord but without the passing note on Bb, with the final iteration moving down the the same figuration but on an Fsus4. These suspensions, constructing chords through the stacking of fourths, takes part in a long standing a story in 20th century music. French impressionist composer Claude Debussy borrowed it from Javanese gamelan to give a sense of watery dissociation, similarly we see it in a lot of funk – music which is, again, not for forced emotional reaction but an immersive aural space. I’m not saying here that Gurley + gang made any intentional reference to a french composer working the best part of a century prior, but rather that they engage in a similar musical language which provides a certain affect – intentionally or otherwise. I’ve screen shotted my transcription below + a .mp3 of the audio for anyone interested.

This is both high-art and street music. There’s a complexity in the ruffness and a ruffness to the complexity. More than anything, I would argue that revisiting this music is important due to the current resurgence of jungle, or jungleish, styles in contemporary club music. In a climate where jungle is more and more being pushed by a European techno intelligentsia, it’s import to recall the form’s roots in the multicultural landscape of the urban British working class as well as the musical prowess these producers exemplified.