Backtracks; a series from Melodic Distraction dipping back into the archives in search of tracks that shifted the electronic music landscape. With each edition, we invite an artist or DJ to share their favourite tracks and the history behind them. For this edition Altered Voltage DJ, producer & electro enthusiast extraordinaire Jack Charnley, explores the incredible legacy of German electro pioneers Kraftwerk – arguably one of the most influential acts of the 20th century.

Writing about this track now seems more poignant than ever considering the tragic death of one of Kraftwerk’s founding members, Florian Schneider, and the ongoing civil rights/Black Lives Matter movement. “Tour De France” was a track formed through a cultural, racial & sonic exchange between the Düsseldorf group & the black youth of America in the 1980s. Derrick May put it quite succinctly: “The music [techno] is just like Detroit – a complete mistake. It’s like George Clinton and Kraftwerk stuck in an elevator with only a sequencer to keep them company.”

Dan Sicko writes about this exchange of influence between Kraftwerk & America’s black artists in his book Techno Rebels that I’ve been reading recently, which is featured in Dweller’s blog on writings from a black perspective (I highly recommend you check these out by the way).

“While it may seem strange that Detroit’s black teenagers were listening to the most angular, almost robotic disco & soul from Europe, the European groups they idolised were themselves reflections of American music.’ “We were all fans of American music: soul, the whole Tamla/Motown thing, and of course James Brown. We always tried to make an American rhythm feel, with a European approach to harmony & melody” – Karl Batos. This combination is audible at least as far back as Trans-Europe Express in 1977, but is most pronounced in the group’s 1983 hit single Tour De France. Probably Kraftwerk’s most explicit and visceral emulation of a real-world object, Tour De France bases its rhythm around the chain, pedal and gear sounds of bicycles. Intentionally or otherwise, the metallic gliding and tickling of these sounds recalls the tight, rhythmic guitar work of Jimmy Nolen on James Brown staples like Cold Sweat.”

The influence these black artists had on Kraftwerk then comes full circle and gives birth to electro, heard perhaps most notably on Afrika Bambaataa & The Soul Sonic Force’s seminal Planet Rock, which uses the beat from Kraftwerk’s Numbers – programmed to the 808 & the synth line from Trans-Europe Express. This influence is also seen conceptually, futurism is a main theme of Kraftwerk’s sound & imagery, which can be traced to the Afrofuturism of George Clinton & Sun-Ra, which is now synonymous with Detroit techno & electro. Take Drexciya for example, whose mythos (as described by Kodwo Eshun) is based on a “kingdom [that] was populated by the children of slaves who had been thrown overboard during the Middle Passage. [In] this science fiction, the female slaves who were thrown overboard did not die but gave birth to children who could breathe underwater” and would grow up to be known as the Drexciyans. Other tracks directly influenced by Kraftwerk include what is believed to be the first ever Detroit techno track made, A Number Of Names – “Sharevari”, which recreates the keyboard lick from “It’s More Fun To Compute”.

One of the reasons why I chose this track over any other Kraftwerk or early electro track was the way I encountered Tour De France. When I was a child, my dad sat me down to watch the films Breakin’ & Beat Street, these films shone a light on b-boy culture in 1980’s America. Watching the films back now might induce some cringeworthy moments, but the graffiti, breakdancing & futuristic sounds planted something in my brain. One scene in Breakin’ stuck with me,  Turbo dances outside the store with a broom to the sounds of Tour De France. The piston-pumping beats in sync with the choreography had me mesmerised, and then the broom seemingly comes to life as if snake-charmed by Turbo & Kraftwerk itself. My young mind was blown.

Fast forward a decade or so to the summer of 2015, I graduated university and moved home for the summer. I had started to learn how to DJ in my 3rd year so when I went home I asked if I could get my hands on my dad’s records. During this summer my dad introduced me to 2 tracks that changed my taste on music forever, Cybotron – Clear and Hashim – Al Naayfish.  This was before I’d ever heard of a Hauff or Stingray, these sounds felt brand new, yet they were 30 years old.

I moved back to Liverpool in the September & started digging for more music in this style, it just so happened to be coinciding with a new wave of producers experimenting with these sounds, Privacy’s “Apex Predator” & Gesloten Cirkel’s “Submit X” the year prior had injected a sense of urgency to the machine funk of its predecessor. It was on one of these YouTube journeys that I came across Tour De France, the song was so familiar but I didn’t know why. Some more searching led me to find the broom dance scene & thus the circuit was closed. This music had been ingrained into my childhood and is now back with me. 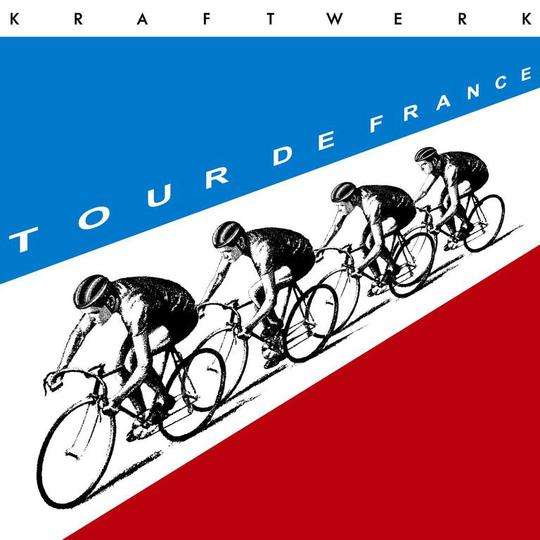 It’s absolutely vital that we recognise the origin of the music we play, most of the music broadcasted on the Melodic airwaves would not exist were it not for these Black artists pouring their funk & soul into sound. It seems that the best music is forged from emotion, in times of struggle, such as these artists in Detroit when their city was in a state of decay & institutional racism was rife. The world is experiencing a unique multitude of struggles right now which is making life look more & more bleak by the day, but one thing we can be optimistic about is the music that will emerge from this challenging time.