Or:la has been based in Liverpool for several years now. Whilst she hails from Derry, she has very much made the city her own. The multitalented producer, DJ and party host has been making her mark since her student days – First co-founding the LJMU Dance Music Society before graduating to the Meine Nacht parties we know now. With its unique theme of ‘Unseen Places,’ Meine Nacht has reached something of a cult status in Liverpool and further afield, coming third in Mixmag’s Best Events Worldwide on the weekend they hosted Studio Barnhus affiliate, Kornél Kováks. 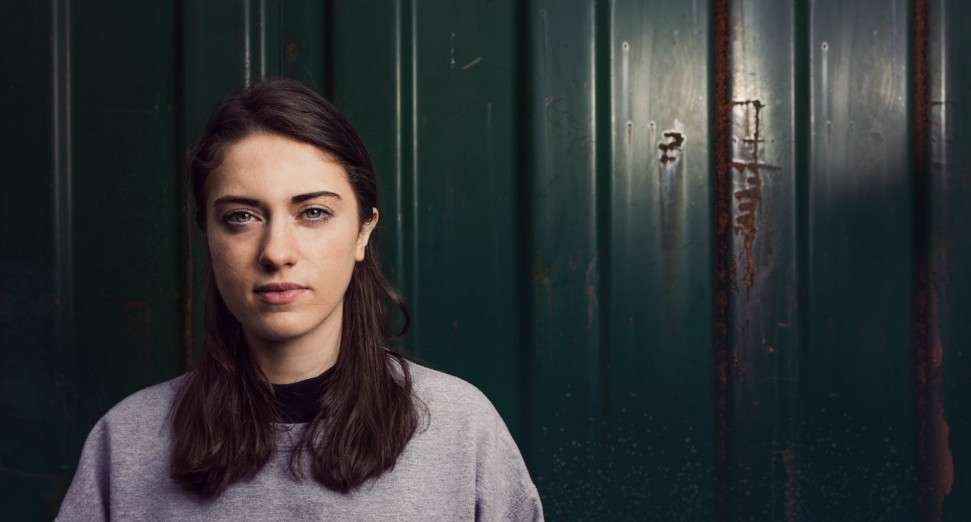 We recently got the chance to catch up with Or:la, following the release of her recent E.P U.K Lonely; discussing everything from her latest production, her views on the creative culture here in Liverpool, plans for the Meine Nacht parties and her soon to be launched label ‘Deep Sea Frequency’.

Producing and playing out music she is passionate about is a presiding consideration for Or:la, as it should be for any artist. This applies to her aims with the release of U.K Lonely as well: “I would rather have a smaller amount of material that I’m happy with released on a couple of labels that I really respect, than lots of meaningless tracks out on loads of different labels. I have to really ‘feel’ what I am making at the time, for one reason or another, which is probably why it took me a couple of years to get my first EP out.” 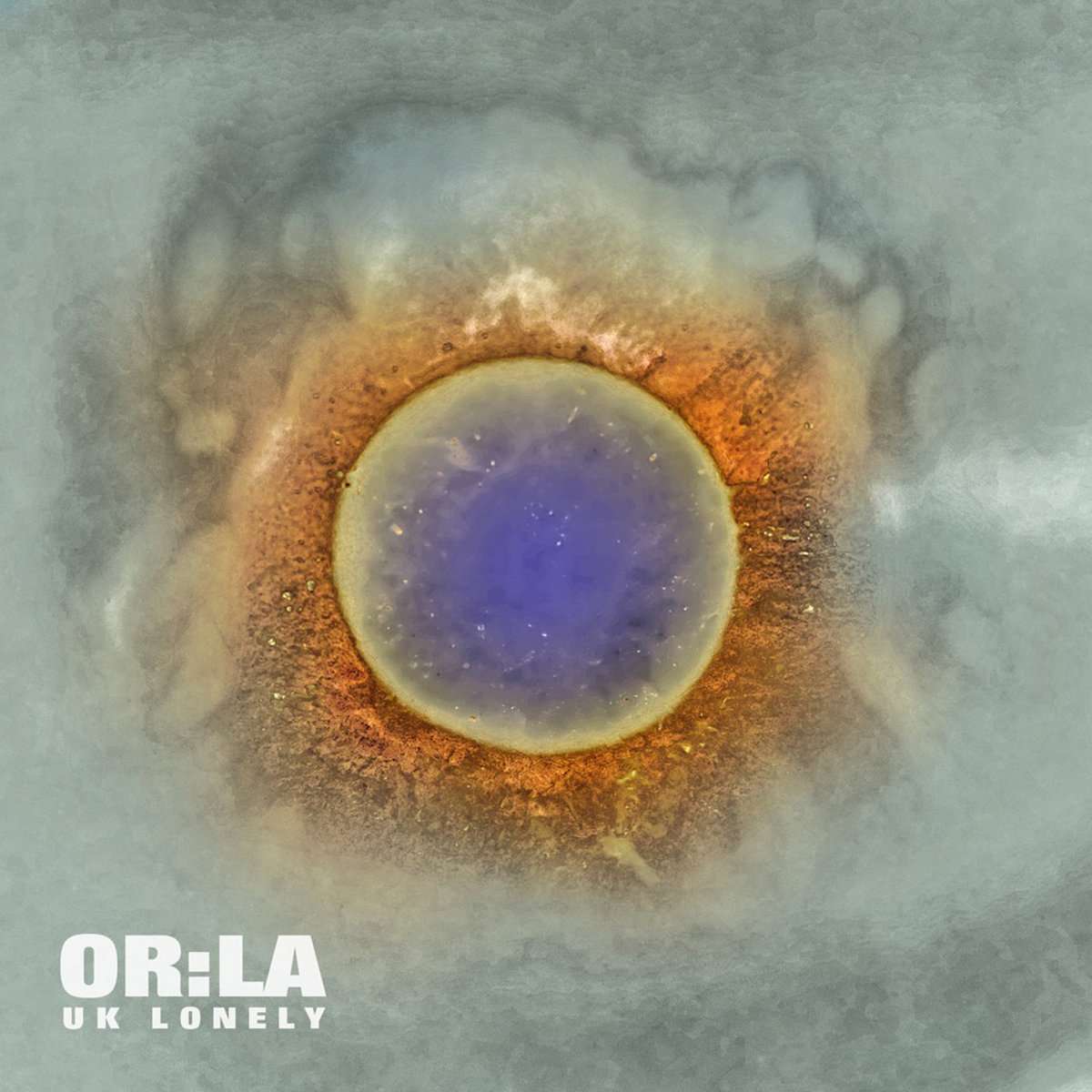 Where many artists elect to take a break from the studio after a release, Or:la’s fervent ethic for production is admirably unassailable with several products lined up for the next twelve months: “My next EP will be released on Deep Sea Frequency in early 2017, then I plan to release two more EP’s on two different labels in the following months. I have been accumulating more hardware synths and pieces of equipment over the last few months, so after Christmas, I’ll be kept busy spending a lot more time in our new office/studio.”

It’s apparent that Or:la is eager to explore every avenue of musical expression availed to her. A smooth operator behind the decks, she has developed a name as a keen, steely selector, flaunting a robust series of appearances in the past year. Forgive the boisterous comparison, but her words on mixing remind me somewhat of legendary selectors such as DJ Harvey and Nina Kraviz, specifically in terms of her view of music in terms of genre and category: “I’ve got a really big collection of disco records at home, then right next to that is more house and techno stuff, then some 140 and above. So as opposed to intentionally including a range of styles in my mixes. It just happens when reaching for tunes that I am really feeling at that time.”

This eclectic form of expression is present both in her approach to mixing and in the culture she is establishing across her co-founded projects as well: “The outlook and ethos for Deep Sea Frequency is very much similar to that of Meine Nacht; to showcase and explore the boundaries of different sounds without flaunting it as having a set ‘genre’. We have a few artists lined up for the first three or four releases, aside from myself; one is a local producer and the others are more established and based in Europe.”

Through Meine Nacht, Or:la and her co-founder have proven themselves time and again as having an attuned understanding of how to craft unique moments and experiences: “With regards to projects such as the event, myself and the other founder feel that nightlife should be about bringing something new to the table which is why we opted for an alternative approach; using unique locations that are not your usual ‘club spaces’, live streaming & recording at our events and providing a platform for DJs that we feel are going to become breakthrough artists. Now that we are starting to see other local club nights adopting similar approaches, we feel that the label is a progression of that.”

However, further details on the label’s launch will remain a secret for a while yet, with Or:la only venturing as far as saying that “the line-up will consist of those related to the label, we like to keep suspense around our parties so we never say too much!”

At the core of the parties lies the mysterious excitement of being skirted away to a hidden location for a likely single occasion, with a sometimes BYOB allowance on the door as an added bonus. However, their understanding of how to create these hedonistic moments extends beyond this. At their first birthday party for example, where a collection of photographs captured in the event’s first twelve months were placed around a venue, free for the taking, as a thank you to their regular and dedicated attendees.

With a vibrant club culture present across the U.K, there would no doubt be a place for Meine Nacht in other cities with its edged principles and enigmatic allure. However, it doesn’t look to be moving away from home anytime soon, thankfully: “We would like to bring the ethos of Meine Nacht to neighbouring cities in the near future, but because we put a lot of work into searching for mainly unused venues, this takes up a great deal of time and means that you have to know the city inside out. As much as it would be nice to branch out into other cities, we have created a sort of community here and we like to maintain that underground feel.”

The existence of such a community across the city; one that’s interested in exciting and innovative nightlife, serves as a bedrock for the creators, such as Or:la: “Liverpool has played a part in my development as an artist, I started up two different club nights during my time here. The first one was when I was a student, then Meine Nacht after I graduated – these have provided a firm platform for me to showcase myself musically.”

Enriching this sense of community are the unused and previously abandoned spaces across Liverpool. Availed by a plethora of creatives, these spaces are becoming more established and at an ever-growing rate. In particular, the Baltic Triangle area serves as host to a range of independent, entrepreneur-driven businesses, such as 24 Kitchen Street, where Or:la is resident. It’s important to have the opinions of contributors to these areas voiced, and as such Or:la gave us her’s on the resurgence of this area and how to foster this revitalisation of Liverpool’s culture:

“It’s definitely an area that is taking the focus away from the other, once popular, districts of town. Whether that’s a good thing or bad thing is arguable; we can already see developers trying to sink their teeth into this part of town through recent campaigns like ‘Save 24 Kitchen Street’. When speaking about ‘vitalising Liverpool’s culture’, I feel that a large part of this comes down to conserving what has already popped up in this area – perhaps the ‘culture’ aspect has already been revitalised, and it’s now our job to try to stand in and protect these establishments. Of course with future developments like New China Town, this proves how the Baltic Triangle (and Liverpool) could be seen as a hotbed of culture, but developers need to know when to stop and put serious consideration into whose toes they are treading on in the process.”

The next of the famed Meine Nacht parties is on the 27th of January, and in true left field fashion, lo-fi house producer, DJ Seinfeld will be headlining. I’m sure that many of you join me in my excitement for the next party and beyond to see what new innovations will come from Or:la on the production, Djing and curating fronts.