Artist Focus: A brand-new series that dives into the world of Melodic Distraction’s favourite musicians. Their inspirations, their discography and their future will all be celebrated and tied together, each month, by a sketch from the brilliantly talented, Beth Blandford. For our inaugural issue, Chris Cannell takes a look at a rising talent in UK hip-hop, Loyle Carner.

For me, the first time I heard a rapper with a British accent, it didn’t quite sound right. Other than the few grime or ‘pop’ rappers I had heard (Dizzee Rascal, Wiley and, ashamedly, N Dubz), I’d only ever listened to rappers with American accents and American slang. But then, when I was 14, a musical peer of mine recommended a British rapper called Roots Manuva. Initially, I wasn’t too sure; hip-hop had emerged in a specifically American context as a reaction to American social issues. But the more I listened, the more I began to recognise that Roots Manuva was not just embracing his South London accent but using it to develop his sound and create something unique from his American counterparts. Since then, I have always been curious how British rappers navigate their roots and use their accent to an advantage. And now, there’s a new British rapper stepping up to the international stage: Loyle Carner.

As seems to be the case with many prominent musicians, Loyle Carner grew up around music. His musical heritage varies from grime to hip-hop to Patti Smith. The latter artist, you may be wondering, comes from the music of his stepdad, who listened to music that focused on storytelling. Artists such as Bob Dylan, Leonard Cohen, David Bowie; these were the artists that influenced Carner’s early years and pushed him to develop his own, honest style, that eloquently follows both the highs and lows of his life. Consequently, the first thing he wrote was a poem about the death of a friend when he was seven. He found that poetry enabled him to alleviate the frustrations his dyslexia was causing him at school: “Mistakes weren’t mistakes in poetry,” Carner explained in an interview with NME, “It wasn’t about form or structure or spelling, it was just about words, and I understood words – I just couldn’t spell them or put them in the right place.” Then in his early teens, like all of his friends, Carner started putting his poems to a beat. Inevitably, it was the flourishing grime scene that had encouraged Carner and his friends to start rapping. He was surrounded by the sounds of Kano, Skepta, Ghetts and Lethal Bizzle, and they showed him how to embrace his South London accent and use it to his advantage. But Carner was also interested in US hip-hop icons like Nas and Common, and his sound has shifted much more towards them than towards the grime stars he grew up around.

For a few years, Loyle Carner skirted around the British hip-hop scene: his first official gig was supporting MF Doom in Dublin in 2012; he supported Joey Bada$$ on the UK leg of his tour, and he supported Kate Tempest at various gigs. His first significant breakthrough came with ‘BFG’, a brief but intense lament over the death of his stepdad in 2014. ‘BFG’ is a succinct snapshot of Carner’s style: emotionally raw and eloquently poetic. He followed with the Tierney Terrace and Ain’t Nothin’ Changed EPs in 2015, which got him onto all the ‘ones to watch’ lists. The singles; ‘No CD’ and ‘Isle of Arran’ came in 2016 in anticipation of his debut album. Eventually, the long-awaited Yesterday’s Gone was released in January of this year. An emotional journey into Carner’s uniquely intelligent and pensive brand of hip-hop, the album collates his previous work and adds new material to create what is surely a significant moment in the history of the British scene.

It is easy enough to think of British hip-hop as never truly breaking out of the underground. In reality, UK rap music often appears in different forms, under the guise of new genres, styles and accents that are found seldom beyond our shores. That’s what British rap music is about, it adapts to the environment it’s cultivated in by realising its roots; imitating the distinctly American experiences of US rap and hip-hop is useless. In the 80s, many British artists tried to imitate their US cousins but to no avail. It wasn’t until Rodney P of the London Posse stuck to his true voice that rappers realised the potential of the British accent. Now we’ve got Roots Manuva, The Streets, and Kate Tempest to name just a few, and if you include the artists associated with the genres that developed out of British hip-hop, this pool expands significantly.

Loyle Carner represents another step in the development of this British sound. His use of distinctly late 80s and early 90s old school US beats is a bold move when combined with his South London prose. Instead of the hardships of the New York street hustle, Carner raps about the internal struggle of a young man dealing with his emotions. Rebel Kleff, Carner’s producer, has captured this classic style so perfectly. Searching far and wide for his samples, he introduces elements of soul, jazz, and rock and roll through his expertly crafted sounds. Donnie & Joe Emerson’s cult favourite ‘Baby’ has been a go-to for beatmakers since the early 90s. Flipped on Carner’s early track: ‘BFG’, the sample’s melancholy melodies bleed through and combine with the young Londoner’s heartfelt rhymes to create a sound that undoubtedly nods to the architects of US hip-hop. Featuring on the new album, ‘Mean it in the Morning’ is one of the most direct, yet smoothest, beats I’ve ever heard, providing a distinct contrast with the manically intense, ‘The Isle of Arran.’ Carner’s flow melds with whatever Rebel Kleff throws at him; shifting from emotionally powerful tunes like ‘Mrs C’ to the straight-forward yet revealing, ‘No CDs.’ My only gripe about the album is its overall structure. Individually, the songs are phenomenal, but at times they jar with each other and the traditional hip-hop interludes need more work. But despite this, it is an astounding debut album from an artist who is just 22 and still has much more to come.

Running through the album is a sense of community and family. Carner’s family is present throughout, not just in the lyrics but in the actual sounds and on the album’s front cover. On ‘Mrs C’, his mum recites a poem over the top of a piano refrain recorded by his stepdad before his death, adding another layer of painful emotion to the album. But it doesn’t stop there, the final and title song ‘Yesterday’s Gone’ is off an album his stepdad recorded before he died. It took a while for Carner to even listen to the album, so to put it on his debut album is an unbelievable display of strength and respect. On ‘Florence’, Carner introduces family members that don’t even exist as he longs for the sister he never had. The dedication he shows to his family is replicated when he turns to his fans as well, and they are invited to feel as much a part of his community and his relatives. Throughout Carner’s tour, he was handing out guestlist spots to his fans, whether they didn’t manage to get a ticket in time or because “a pops should never have to wait outside” whilst their child is at the gig. The gratification and love Carner shows to his family and fans reflects upon him as an individual and the music he creates, putting out a debut album that is genuinely honest in the stories and emotions it conveys. 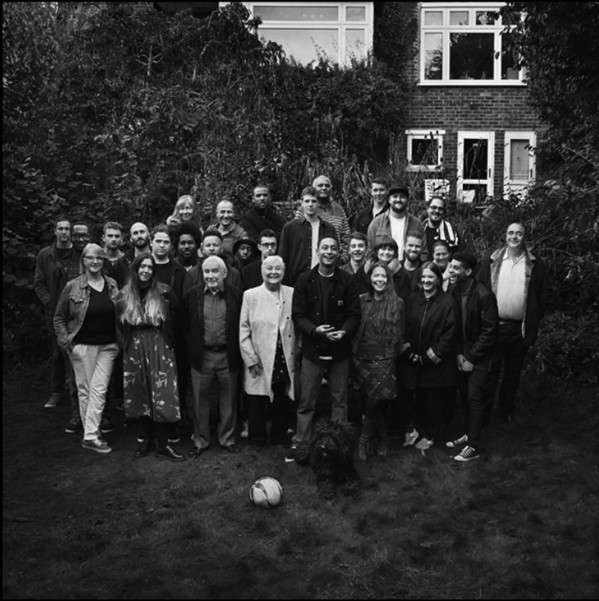 What defines Carner’s style is undoubtedly the unadulterated emotion he pours into his music. Present from the first poems he wrote, he was initially reluctant to broadcast his issues to the world and it took the persuasion of his mum and his frequent collaborator, Rebel Kleff, for him to realise what his emotions could do. Now Carner is an important role model for young men who are taught “to say everything’s OK when it’s not OK”. In an age when Stormzy is opening up on Channel 4 News about his struggles with depression, let’s hope that the influence of these artists can go some way in abetting the horrific levels of mental health prevalent in young people. But it’s not just through his music that Carner is giving back. His Chilli con Carner project aims to help kids with ADHD through cooking, in the same way it helped him as a teen. Simply by telling his own story, Carner is giving back to the people who have supported him on his professional and personal journey. Whether that be his fans, friends or family, he is expressly aware of his roots and how he has got to where he is.

Yesterday’s Gone is another significant step in the complex evolution of British hip-hop. In the era of bloated, million-dollar rap, Loyle is showing us how it used to be done in hip-hop’s early days and combining this with his own emotionally raw lyrics, he creates a unique style. Hopefully new projects will develop from this album, and not just from Carner but from the countless rappers that will be inspired by the current generation, just as Carner was himself. British hip-hop will always be at the vanguard of creating invigorating new talent and with Carner as a role model for the next wave of talent, I think we can be assured that we’re in safe hands.